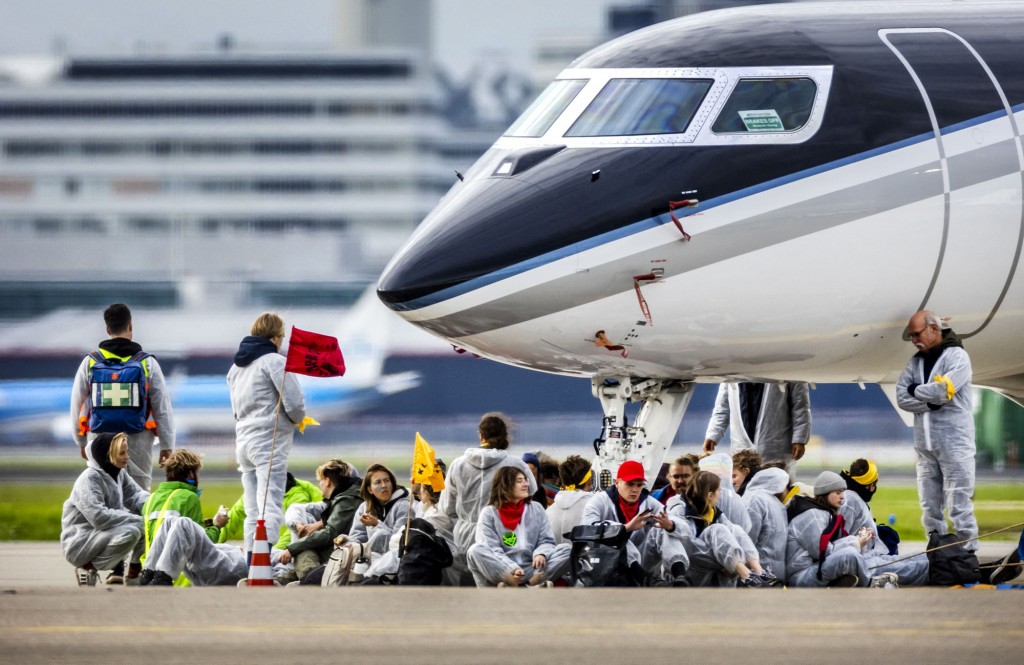 Members of Milieudefensie, Extinction Rebellion, Greenpeace, and other organizations sit in front of an aircraft at Amsterdam’s Schiphol Airport on Nov. 5, 2022.

Seven hundred self-described “climate rebels” breached the chain-link fence surrounding Amsterdam’s Schiphol Airport, the world’s third-busiest hub for international passenger traffic, on November 5. With bolt cutters they opened holes in the fence and poured in, some of them on bicycles, and raced across the tarmac. Others laid ladders against the 9-foot-high fence and topped it on foot.

They had to move quickly before military police, tasked with securing the airport, saw what was happening. The rebels targeted 13 private jets parked or preparing for takeoff, at least two belonging to NetJets, the Berkshire Hathaway subsidiary that bills itself as the world’s largest jet company and sells fractional ownership shares in private business jets.

They swarmed each of the jets in groups of 20 or 30 or more and sat down before the looming machines, there to stay for the next six-and-a-half hours, unmoving, until at last police waded in and started hauling the rebels to jail. Some of the 413 arrests were violent. “There was fear and rage, for the state of the world and for my own future,” said one of those arrested.

Another 800 people gathered for a march and sit-in at the airport’s main plaza, and at least 30 activists blocked the road that serves as the supply route to Schiphol. Every single private jet at Schiphol ended up grounded that day, not merely the 13 that were surrounded.

“Our action brought them back to earth.”

“The superrich have got used to polluting as they please with a total disregard for people and planet, and private jets are the pinnacle of these luxury emissions that we simply cannot afford,” Jonathan Leggett, one of the activists, told us. “Our action brought them back to earth. We wanted to show the extremeness and injustice related to this manner of transport.”

In other words: a perfectly tailored climate action. Not a highway sit-down ensnaring hapless motorists and keeping cars running, and emitting, longer. Not sit-ins at banks that broker investments in fossil fuels but don’t directly cause their combustion. And certainly not spattering soup on museum art, with its unsettling aura of sullying humanity’s heritage in order to save it.

No, the Schiphol action went for climate change’s jugular: self-indulgent carbon-spewing. It did so balletically, in the democratic and fuel-efficient motion of humans racing on foot or whirling about on bicycles. And ecologically: In the words of one participant, “We made sure that any planes could still land, because the last thing we wanted was for them to be unnecessarily flying for any longer than they already were.”

It was an action that bared the gluttony and entitlement of fossil fuel usage. “Keep it in the ground” protesters confine their blockades to energy supply infrastructure and studiously ignore the demand half of the equation. This has been a shortcoming of the climate movement for too long, as it passes up one opportunity after another to rouse millions against the class that, even more than the corporations of Big Carbon, perpetuates the climate crisis: the world’s wealthy.

Climate disorder won’t be remedied through an orderly march of green energy. Replacing fossil fuels with a planetary buildout of wind turbines and solar panels, while simultaneously making and plugging in a billion new electric furnaces and vehicles, looks straightforward in a spreadsheet. In truth, though, ramping up green energy alone won’t cut fossil fuel use quickly enough to meet the Paris warming limit of 1.5 degrees Celsius. Supplanting the world’s combustion-based energy infrastructure with an all-electric model will be too lumbering, too roundabout, and too full of its own drawbacks to fully bend the emissions curve in the brief time left.

The world must also rein in consumption. For reasons both symbolic and practical, the climate movement must strike not just at pipelines and mines, but also at obscene wealth.

The justification is unarguable. Large personal fortunes feed carbon consumption and make a mockery of programs to curb it. As well, the surplus wealth of the superrich is probably the lone source of capital that can finance the worldwide uptake of greener energy and also pay for adaptation where it’s most critical.

At the nexus of consumption and wealth sits luxury carbon. Which is why the Schiphol action was so strategic.

Consider that the world’s richest 10 percent account for 50 percent of fossil fuel burning and carbon emissions. Consider that climate reparations, for which the Global South won acknowledgment but little more at last month’s COP27 climate talks, can’t be funded at scale by tweaking wealthy countries’ hidebound taxation-as-usual. Consider that carbon emissions pricing, an indispensable policy tool for shrinking fossil fuel demand, can’t be made politically palatable in the U.S. — even with worthy “dividend” schemes — so long as middle- and working-class families must witness the superrich lording and polluting at will. 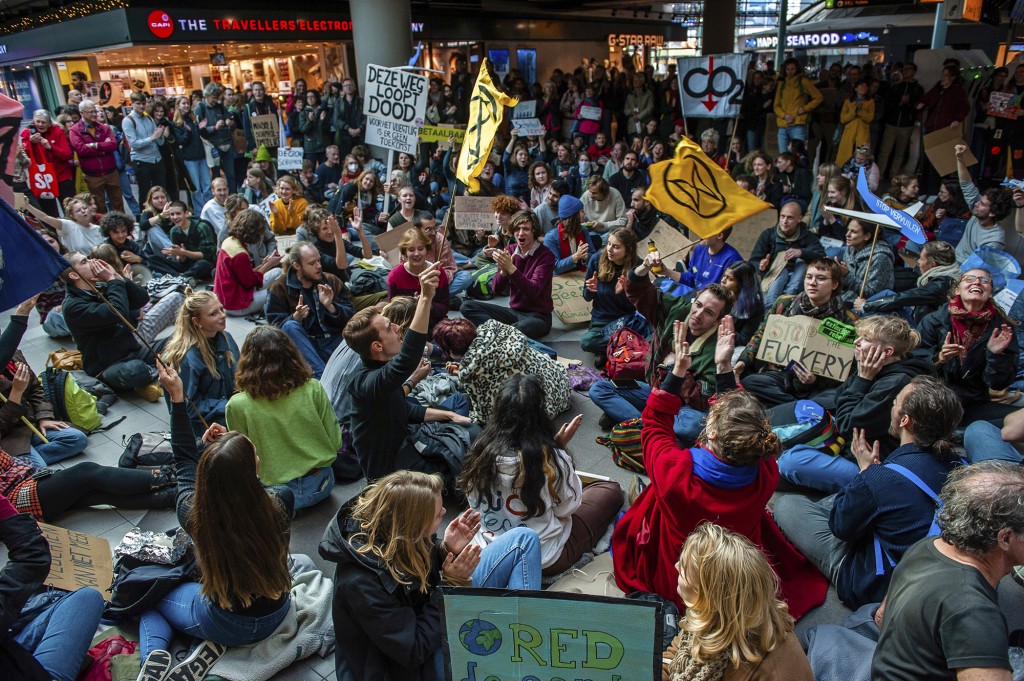 Climate activists sit in the main hall of Amsterdam’s Schiphol Airport during a demonstration on Nov. 5, 2022.

As the Schiphol rebels surely know, luxury carbon, like all manufactured desire, is a contagion, oozing inexorably from the sanctums of the few to become desires of the many. Few Americans, and even fewer Europeans, flew in airplanes in 1950. These days, half of U.S. residents fly each year, averaging half a dozen flights each, according to the industry’s annual “Air Travelers in America” reports. As commercial aviation grew safer and more affordable, feeding the increase, business and pleasure travel became normalized.

Today, “general” aviation — private jets, business jets, air tourism — is undergoing a similar liftoff as well-heeled flyers seek refuge, and a status boost, from the indignities of commercial service. And nowhere is private jetting’s carbon waste as blatant as it is in Europe, with its extensive rail network. Per passenger, private air travel is five to 14 times more carbon-polluting than commercial flights, and 50 times more than high-speed rail, according to the European NGO Transport & Environment.

Naysayers will note that the tactic of occupying and disrupting airports has been tried before, as in the case of the Plane Stupid campaign of the 2000s and 2010s. Radicals in the climate movement such as Andreas Malm, who advocates property destruction of fossil infrastructure, point out that Plane Stupid was ineffective in bending the arc of emissions.

“What the Schiphol people needed to do is destroy the airplanes on the tarmac and then destroy the airplane manufacturers,” said an ecosaboteur named Stephen McRae, an acquaintance of one of the authors, who recently completed a six-year prison sentence for industrial sabotage. Although he no longer participates in such criminal acts of destruction, he has a point. The planes grounded on November 5 are already back in the air. That doesn’t diminish the value of what the Schiphol rebels did, however. Actions that disrupt carbon comfort without violence or hardship are morale-building, the material from which more actions and eventually mass movements are made. 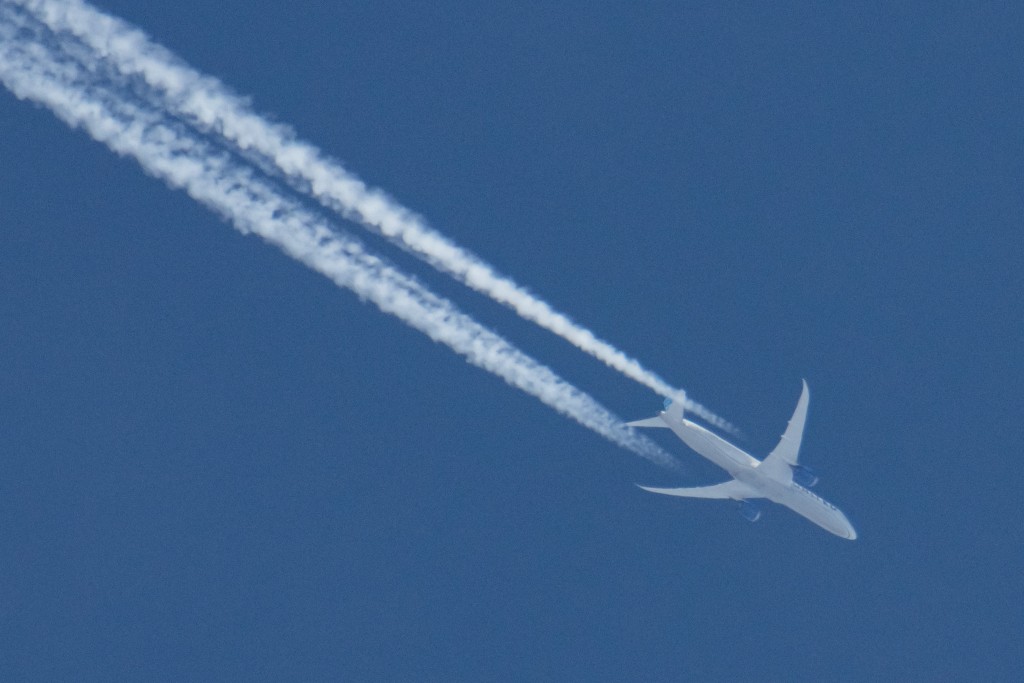 A United Airlines Boeing 787 Dreamliner airplane is seen flying over Amsterdam on April 1, 2021.

A few days after the Schiphol revolt, climate activists under the banner of Scientists Rebellion disrupted operations at private airports in four U.S. states and a dozen other countries, according to a New York Times roundup.

While the Times attributed the rising militancy of scientists to “the increasing clarity of the science,” it was more likely propelled by the impulses that motivated protesters in the Netherlands: rage at a future “thrown away for the profits of a few,” in the words of one Schiphol rebel, and the palpable need “to stand there and know we actually were grounding private jets and … actively stopping this manner of pollution,” per another.

Along with their clarity in targeting the true fountainhead of climate disorder — sybaritic carbon profligacy — what stands out most about the Schiphol action is its organizational breadth and cohesion. On top of the 700 occupying the tarmac and the 800 marching and sitting-in at the main plaza were those “working throughout the day, and in the days and weeks beforehand, in a range of supporting roles,” as one organizer reported, describing legal and media teams, an arrestee support team, and a team of caterers. “The diversity of roles worked to our advantage: There are as many ways to engage with activism as there are people, everyone has their own way of contributing.”

Social solidarity on this scale helped buffer the cruelty of airport police who in some cases “ripped people from their groups and held [them] in painful positions even though they were cooperating,” reported one first-time protester who joined the action as a medic. “What started as a nervous morning ended with a fulfilling and accomplishing situation,” he said. “We did this.”

The post The Shutdown of “Luxury Emissions” Should Be at the Center of Climate Revolt appeared first on The Intercept. 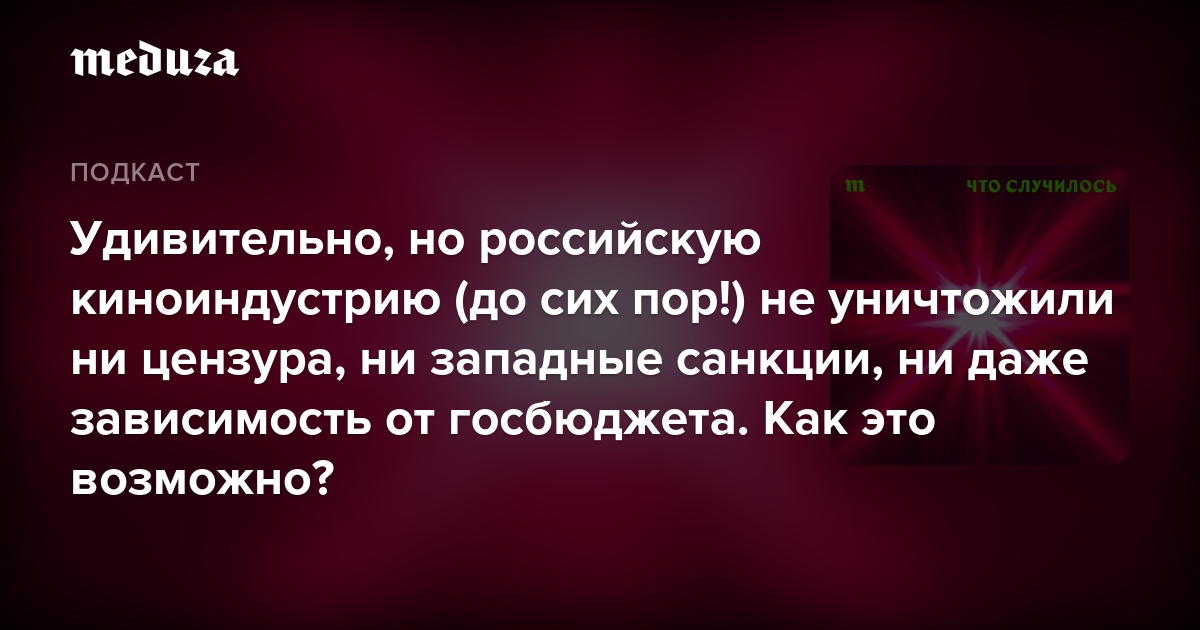