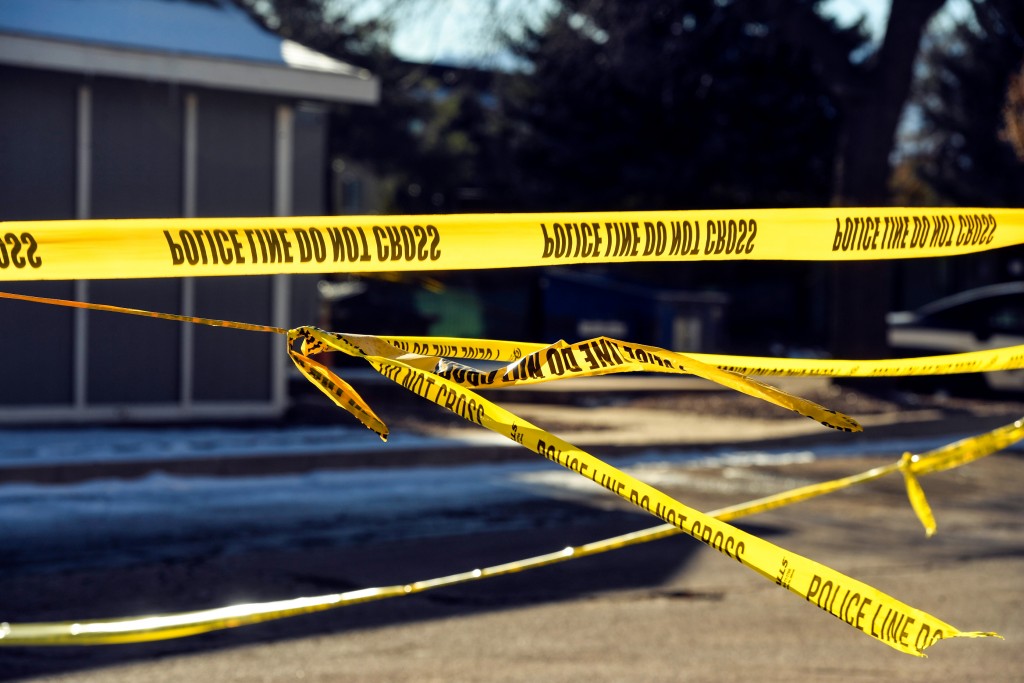 Police crime tape surrounds the scene of the mass shooting outside of Club Q on November 21, 2022 in Colorado Springs, Co.

The event that precipitated those fears at the New York Times offices in Manhattan? A would-be showdown that never was at a Roanoke, Texas, restaurant’s family-friendly drag brunch. An armed far-right group, including Proud Boys and self-identifying “Christian fascists,” turned up to harass brunch-goers — a sadly commonplace form of fascistic intimidation that’s hardly news.

Instead, what concerned the Times about this event was that the armed fascists were met and obstructed by armed anti-fascists, who had been asked by members of the local community to provide security for the brunch.

In the end, no one was hurt in this alleged portent of political violence and the restaurant owner’s son, a performer at the drag brunch, thanked the anti-fascists of the Elm Fork John Brown Gun Club for “keeping us safe.”

Just a week had passed since the Club Q massacre, which left five attendees of an LGBTQ club dead, when the Times decided to draw an equivalence between the fascists who threaten LGBTQ-friendly spaces with guns and the anti-fascists with guns who volunteer to defend those spaces — a new low in bothsidesism.

For as long as marginalized and minority communities have been threatened and imperiled by armed white supremacists and fascists — a violence foundational to this country — they have been condemned for taking up arms in self-defense.

It is a profound mischaracterization of the history and principles of armed community defense to suggest that armed anti-fascists and anti-racists are engaged in escalatory political violence that is worthy of the same condemnation as the fascists they confront.

Oppressed groups and their allies have time and again seen guns as necessary defensive tools. This has been true at key points in the history of Black struggle in the U.S. — formerly enslaved marronage communities, Black civilians in the late 19th century who blocked jails to stop lynchings, and the Black Panthers, who were originally named the Black Panther Party for Self Defense — but also among the queer militants of Bash Back! in the late 2000s. Yet the decision to take up arms in community defense has consistently been decried as escalatory and extremist. 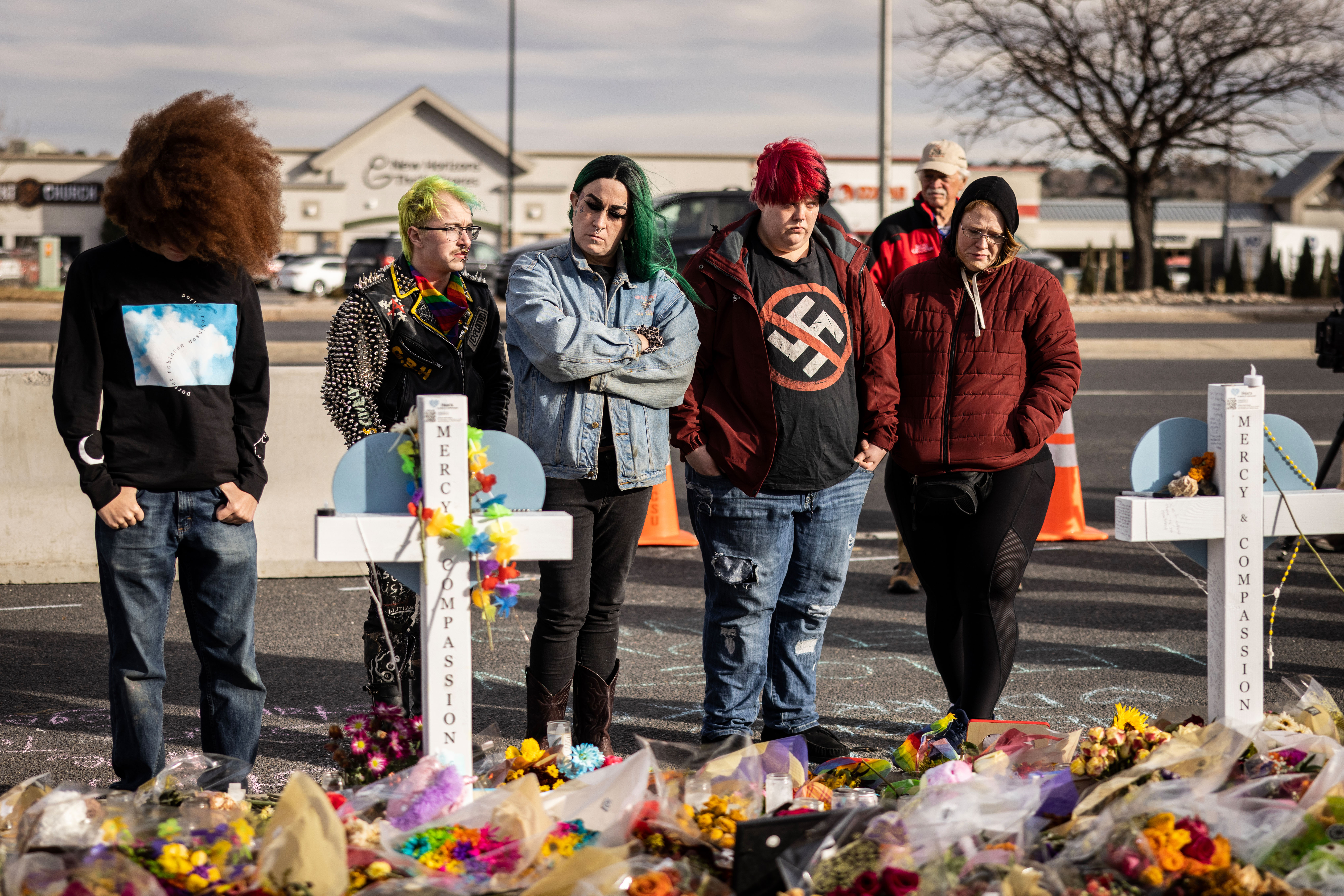 Mourners visit a makeshift memorial outside of Club Q on November 23, 2022 in Colorado Springs, Co.

Debates about violent and nonviolent protest, and what constitutes violence at all, are well worn. It’s important to note, though, that the presumption that armed community defense serves to escalate violence is simply not borne out in U.S. history.

The late political scientist Cedric Robinson highlighted in his epic “Black Marxism” that even in slave rebellions and marronage communities, there was no doubt a reliance on armed physical violence to ensure escape and sustain freedom, but there was a remarkably small number of retributive killings of white enslavers.

In the past century, too, white supremacist, far-right deadly violence in this country has so dwarfed the number deaths caused by Black, Indigenous, and queer armed struggle that talk of mutual escalation is obscene. In the last 30 years alone, over 85 percent of extremist killings are attributable to far-right actors. A separate New York Times report last weekend found that at 700 armed demonstrations since January 2020, 77 percent of those openly carrying guns were right-wing.

These numbers aren’t incidental but reflect something inherent about how white supremacist, anti-LGBTQ ideology operates: The goals are eliminationist. This is what makes the “bothsidesing” so horrifically off base: The far right has made clear their commitment to eradicate trans people, either through violent law or extralegal violence.

The far right has made clear their commitment to eradicate trans people, either through violent law or extralegal violence.

It is amid this larger picture that the Times wondered about a “chilling future.” With queer communities quite aware that police are more likely to harass them than help them, would it truly be less chilling to imagine a future in which armed right-wingers are met with no serious opposition?

Groups like Elm Fork John Brown Gun Club — which is one chapter among many anti-fascist John Brown Gun Clubs in the Redneck Revolt network nationwide — will not end the anti-trans, white supremacist violence of the far right. By showing up, though, they can at least give pause to the would-be assailants of these embattled communities.

To say that armed community defense is necessary and justified is not to say that there are not difficult questions around the issue.

It’s an understandable impulse to fear that the more guns on a scene, the more likely one is to be used, resulting in deadly violence. It’s a tragedy at the heart of all too many domestic violence murders, that women who keep guns in the house to defend themselves against abusive partners are killed with those very weapons.

Then there is the notion that teachers should be armed to defend against school shootings, which is belied by the facts: The more guns brought into schools, by teachers or cops, the more dangerous gun-related accidents there have been.

The proliferation of guns in the U.S. is intolerable, exceptional in its deadly consequences, and has always been organized around white supremacy — from various historical moves to bar Indigenous or Black people from owning guns, to the first federal “gun control” law in 1968, which was part of a massive crime bill that endowed police forces with military-grade weapons.

There’s every reason to be wary of the misuse of “self-defense” as a pretext for violent action — it has, after all, been the legally accepted justification for centuries of racist killings. Yet it is not the armed anti-fascists who are initiating the potential for gun violence in these instances; they go where the armed fascists go. And the fascists with guns, political support, and consistent police allegiance are turning up at restaurants, libraries, night clubs, school board meetings, and polling stations because they want to expunge whole marginalized communities from public life — by threatening them with a gun’s barrel, if not killing them with a spray of bullets.

So-called moderates can rely on tired tropes about violence begetting more violence. But such a stance, usually held from a comfortable distance, refuses to see that the fascist violence targeted at LGBTQ existence — and the lives of Black people — seeks to be annihilating and total. Thankfully, there are braver anti-fascist forces willing to stand in the way.

The post Why Queer Communities Are Welcoming Armed Anti-Fascist Protection appeared first on The Intercept.