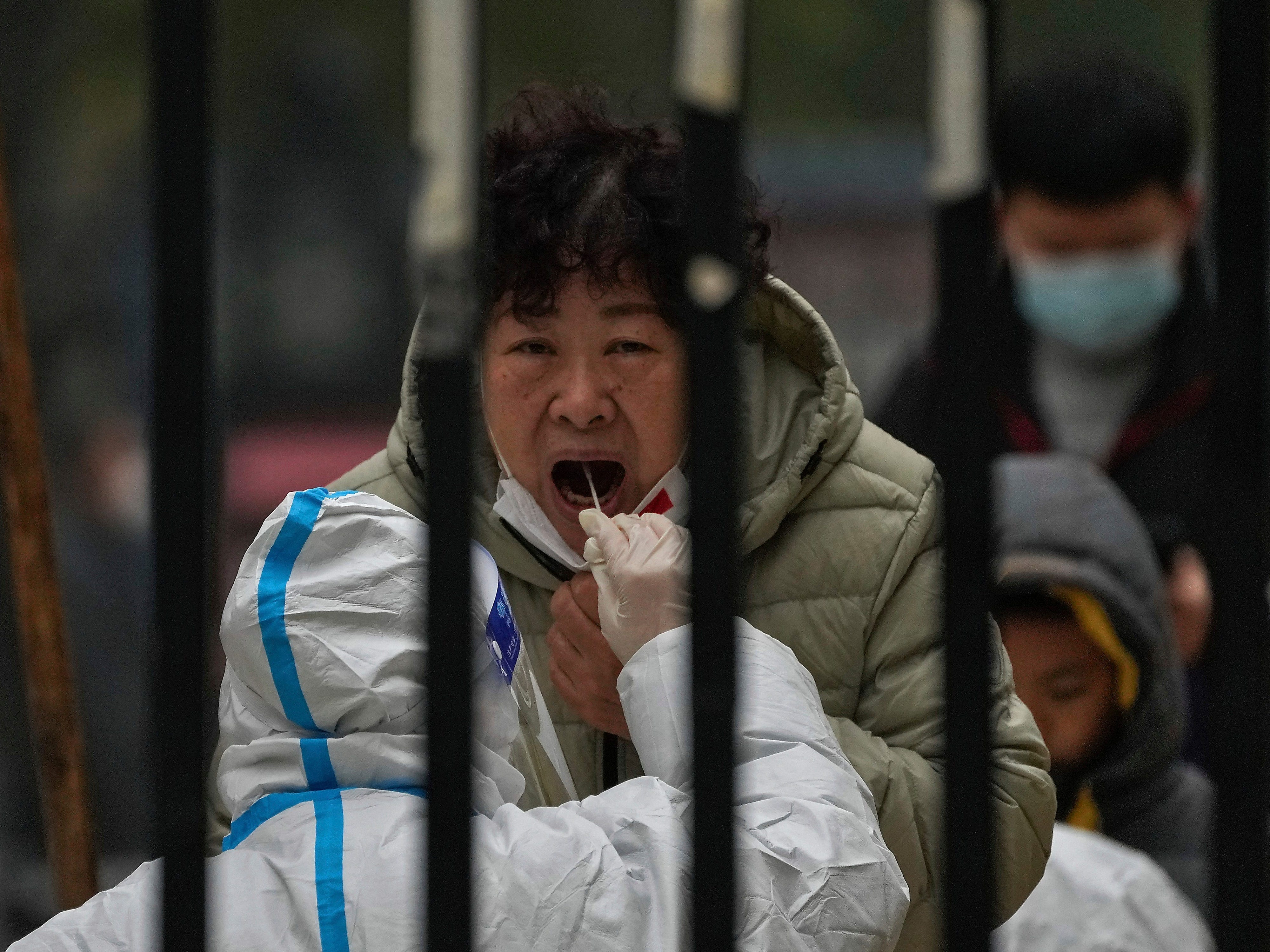 According to Reuters’ analysis of a new report released by the US-based Institute of Health Metrics and Evaluation, also known as IHME, China could see more than one million COVID-19 deaths in 2023.

This projected surge in cases and deaths comes after the sudden relaxation of China’s zero-COVID policy coinciding with the Chinese New Year festivities next month.

The IHME has suggested that the virus would peak at the start of April 2023, when they believe the country’s COVID-19 deaths will soar to 322,000.

Currently, China has reported 5,235 fatalities related to the virus, according to Our World in Data, an organization from the University of Oxford.

COVID-19 death toll projections in China from the Institute of Health Metrics and Evaluation.

Institute of Health Metrics and Evaluation

Experts are most concerned about the elderly population in China, who are vulnerable to the virus due to age, but also have lower vaccine take-up when compared to other demographic groups in China, IHME Director Chris Murray said in a video statement earlier this month.

Speaking about the year ahead, Murray suggested that many places will see waning immunity against the more recent Omicron variants worldwide, but China was the biggest concern. “It’s not as if the only place in the world that’s at great risk is China. It’s just that that’s the biggest concentration right now for that at-risk population,” Murray said of the over-80 population.

Murray said China has not indicated that it will provide better vaccines, more vaccinations, or anti-virals in the wake of its zero-COVID policy becoming unsustainable.

China has refused to use western vaccines in its fight against COVID-19, instead relying on its homegrown inoculations. However, according to Politico, the Chinese vaccines have done little to curb the latest coronavirus variants, including the highly transmissible omicron variant.

Public health experts told Insider that China’s lockdown policies should have been used to increase vaccination rates as much as possible, but failed to do so. Now, there are large swathes of China’s over-80s population that are at risk of dying from COVID-19.

Home » Audio Sources - Full Text Articles » One million people could die from COVID-19 in China next year, according analysis of a new report
a