Listen to this article
2022-12-08T14:26:07Z
As many Chinese embraced new found freedoms on Thursday after the country dropped key parts of its tough zero-COVID regime, some cities warned residents to maintain vigilance against a virus that, until now, has been largely kept in check. Ryan Chang reports.

As many Chinese embraced new freedoms on Thursday after the country dropped key parts of its tough zero-COVID regime, there was mounting concern that a virus that had largely been kept in check could soon run wild.

Three years into the pandemic, many in China had been eager for Beijing to start to align its rigid virus prevention measures with the rest of the world, which has largely opened up in an effort to live with the disease.

Those frustrations boiled over into widespread protests last month, the biggest show of public discontent since President Xi Jinping came to power in 2012.

Without saying it was a response to those protests, some cities and regions began relaxing COVID controls, in moves that heralded a nationwide loosening of the rules unveiled by the National Health Commission on Wednesday.

The NHC said infected people with mild symptoms can now quarantine at home and it dropped the need for testing and health status checks on mobile apps for a variety of activities including travelling around the country.

Domestic ticket sales for tourist and leisure spots have soared, according to state press, while some people took to social media to reveal they had tested positive for the virus – something that had previously carried heavy stigma in China.

“I know COVID is not so ‘horrifying’ now, but it is still contagious and will hurt,” said one post on the Weibo platform. “The fear brought to our heart cannot be easily dissipated.”

“Too many positives!” said another Weibo user.

Some manufacturers and restaurants keen to stay open in China are preferring to err on the side of caution, by retaining COVID-19 curbs until they get a clearer picture of just how workplaces will be affected by the easing of stringent measures.

However, Apple supplier Foxconn’s (2317.TW) COVID-hit Zhengzhou facility in China lifted its “closed-loop” management curbs on Thursday, it said in a statement posted on its WeChat account.

The Zhengzhou industrial park where Foxconn is located has been under a closed-loop system that isolated the plant from the wider world for 56 days.

China reported 21,439 new local COVID-19 infections on Dec. 7, down slightly from the previous day and below a peak of 40,052 cases on Nov. 27. Cases have been trending lower recently as authorities across the country dropped testing requirements.

China and Hong Kong stocks lifted Asian equity markets on Thursday, as these still cautious steps towards reopening were seen giving the world’s second-largest economy a chance to regather momentum. Macau casino operators (.CSICESG10) in part led the rally, finishing up 12.2%, sending their quarterly gain to 46.5%.

China’s yuan , which has also recovered some ground against the dollar in recent weeks, was little changed on Thursday.

More broadly, the shift will probably depress economic growth over the next few months as infections surge, bringing a rebound only later in 2023, economists said.

That growth will keep picking up pace with the implementation of relaxation measures, state media CCTV quoted Premier Li Keqiang as saying on Thursday.

China’s most populous city Shanghai, which endured one of the country’s longest and harshest lockdowns, on Thursday dropped the need for COVID tests to enter restaurants or entertainment venues.

There has been no mention of China’s “zero-COVID” policy in recent announcements, raising suspicions that the term is becoming defunct.

Top officials have also been softening their tone on the dangers posed by the virus.

But, while adopting the new more relaxed controls, some cities urged residents to remain vigilant.

Some analysts and medical experts say China is ill-prepared for a major surge in infections, partly due to low vaccination rates among the vulnerable and its fragile healthcare system.

“It (China) may have to pay for its procrastination on embracing a ‘living with COVID’ approach,” Nomura analysts said in a note on Thursday.

Infection rates in China are only around 0.13%, “far from the level needed for herd immunity”, Nomura said.

Feng Zijian, a former official in China’s Center for Disease Control, told the China Youth Daily that up to 60% of China’s population could be infected in the first large-scale wave before stabilising.

The country will probably face a large-scale outbreak in the next one to two months, state-owned magazine China Newsweek reported on Thursday, citing health experts.

China’s current tally of 5,235 COVID-related deaths is a tiny fraction of its population of 1.4 billion, and extremely low by global standards. Some experts have warned that toll could rise above 1.5 million if the exit is too hasty.

But, even with the dangers, for many there is an acceptance that life must go on.

“It’s impossible to kill this virus completely, maybe just live with it and hope it will evolve into flu,” said Yan, a 22-year-old unemployed Beijing resident, who said he hoped a further opening up of China’s economy would help him find a job. 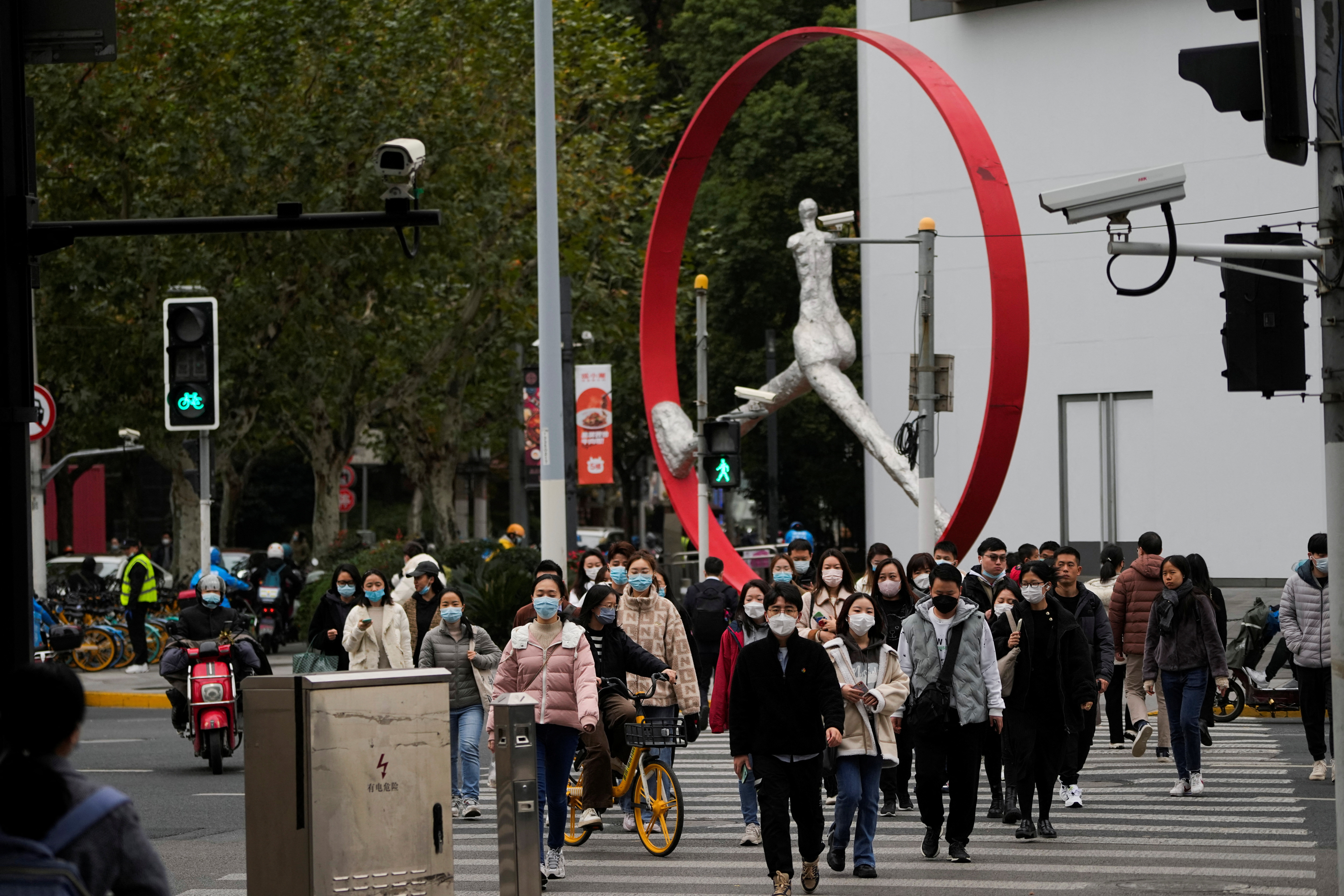 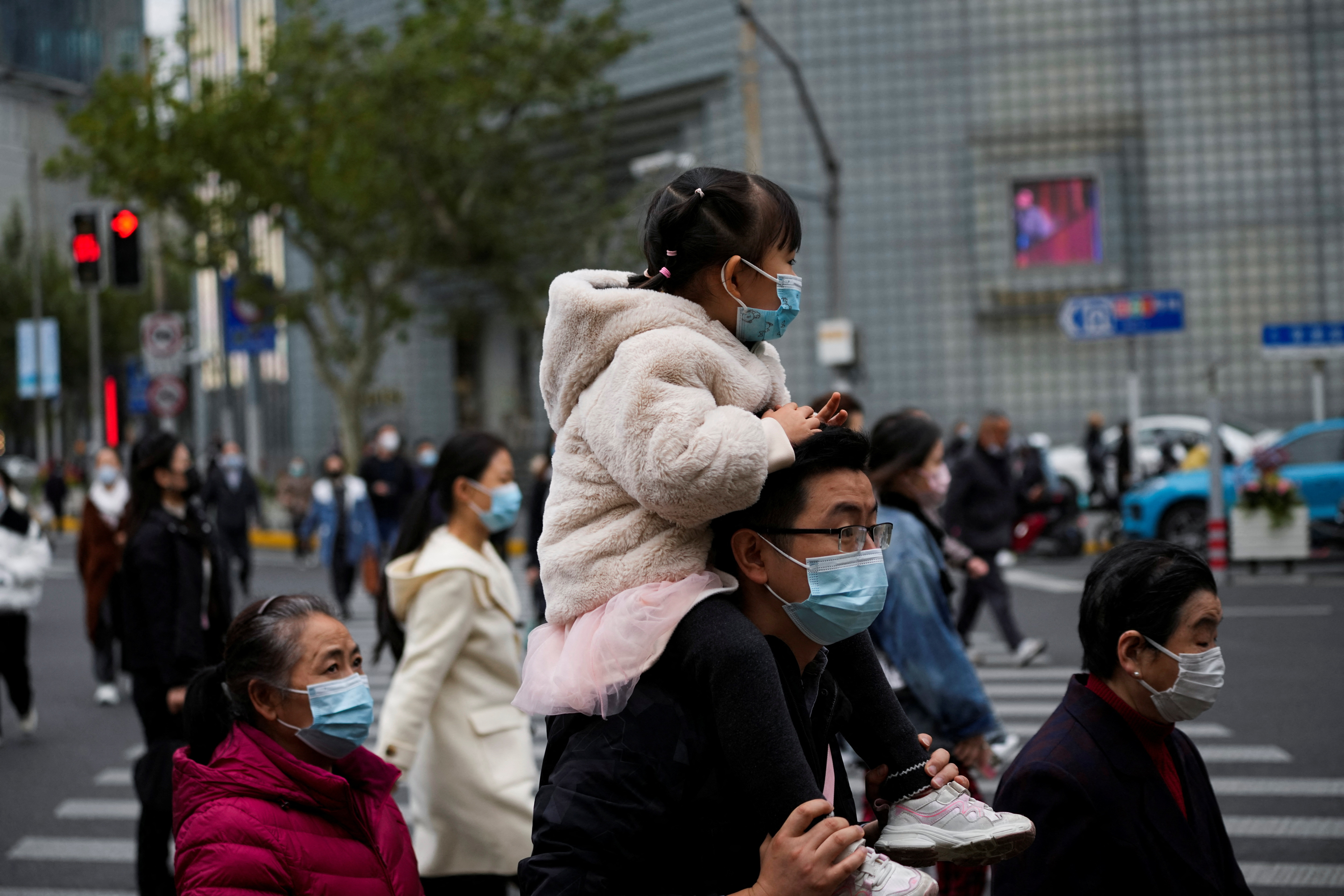 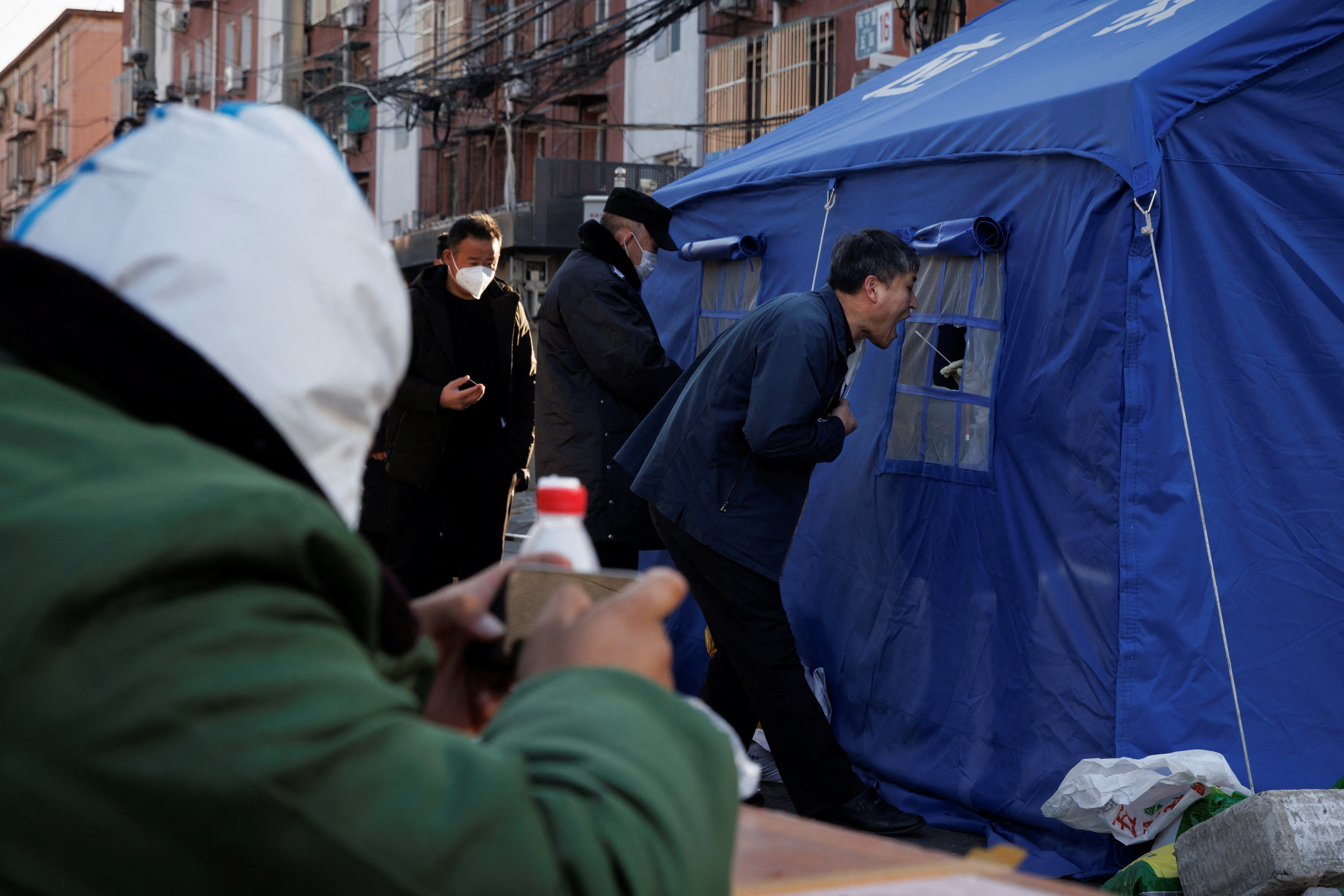 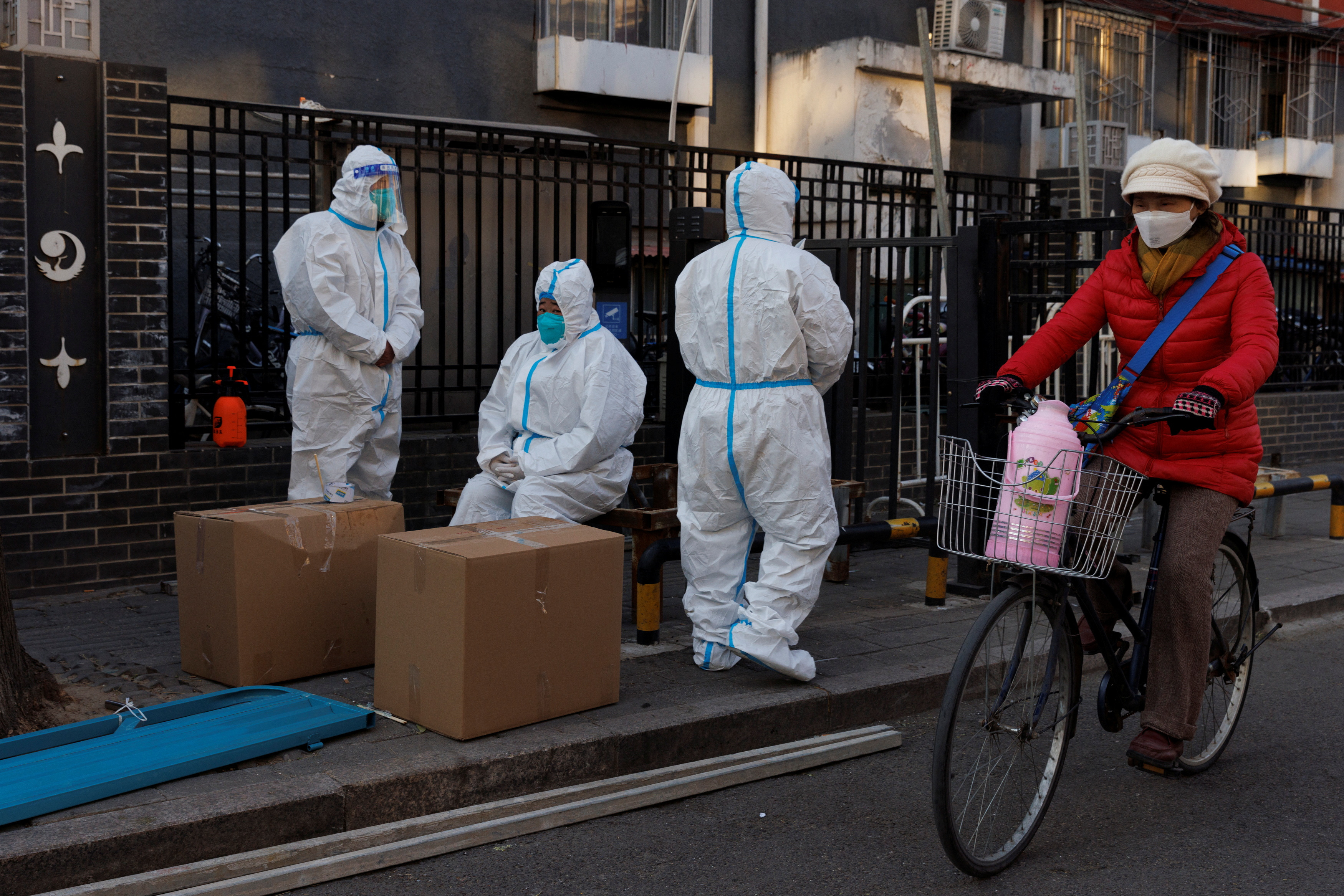 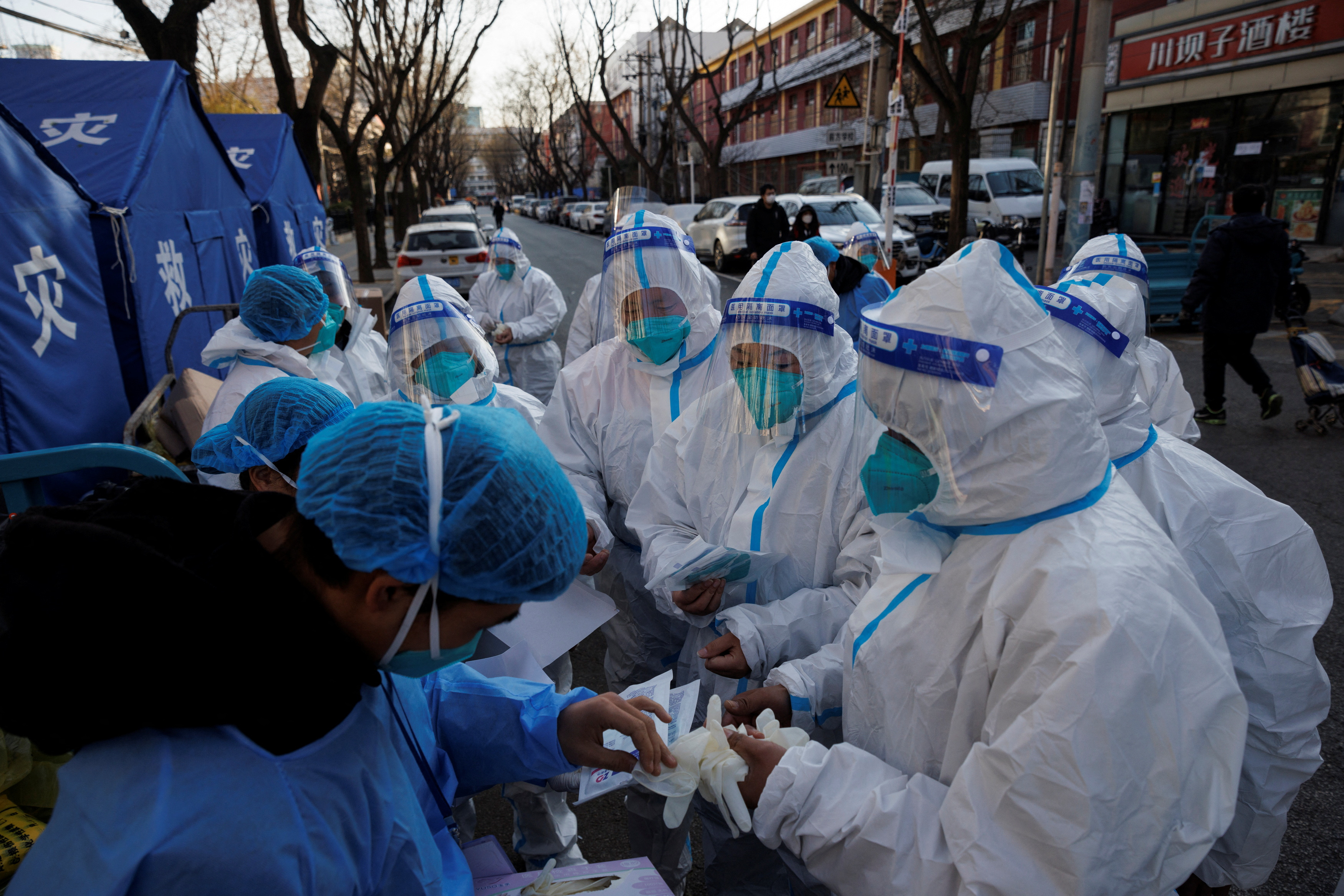