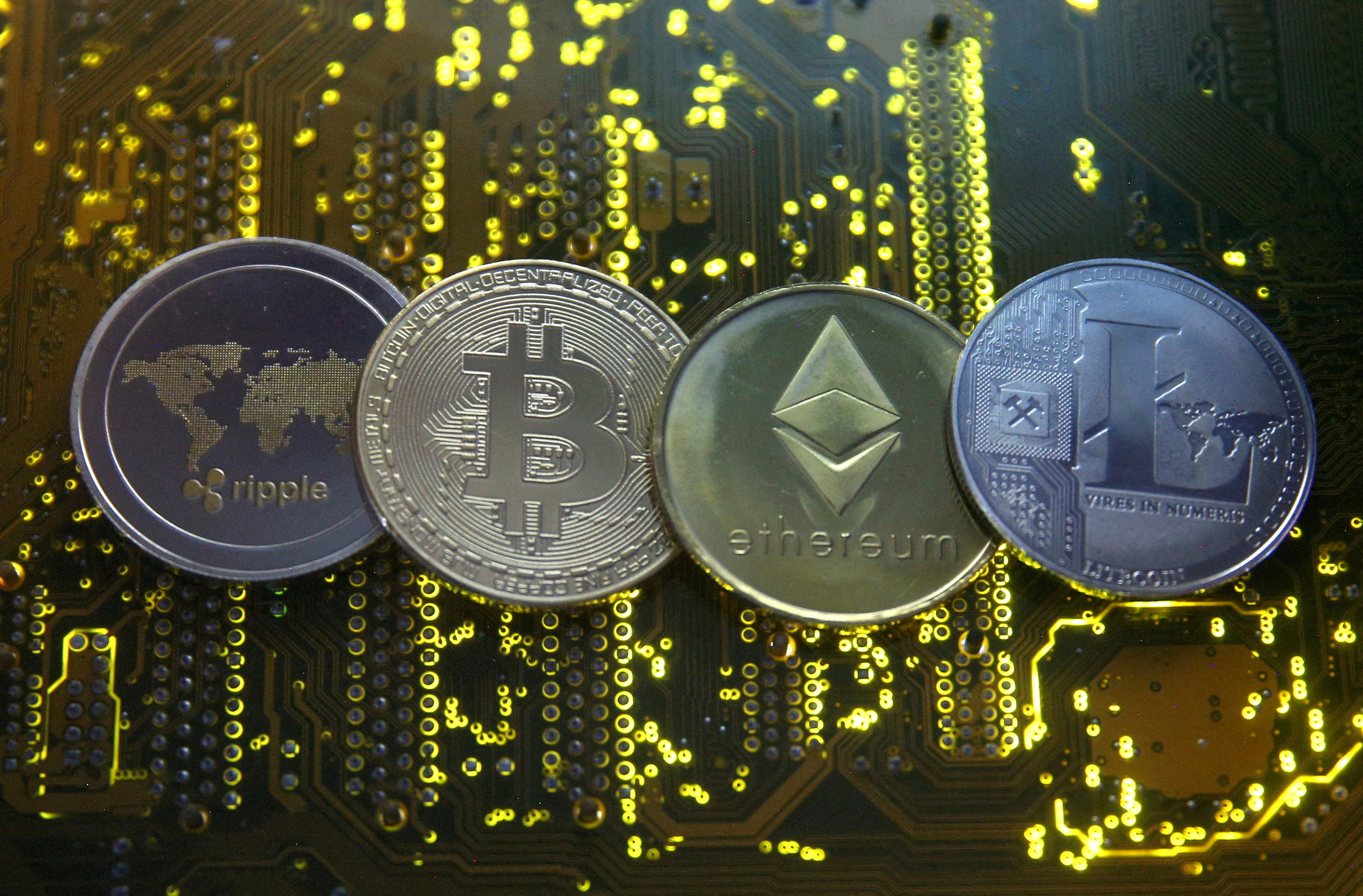 Representations of the Ripple, Bitcoin, Etherum and Litecoin virtual currencies are seen on a PC motherboard in this illustration picture, February 14, 2018. REUTERS/Dado Ruvic/File Photo

The cryptocurrency market floundered in 2022, as risk appetite diminished and various crypto firms collapsed. Investors were left with large losses and regulators stepped up calls for more consumer protection.

Transactions associated with sanctioned entities increased more than 100,000-fold in 2022 and made up 44% of last year’s illicit activity, Chainalysis said.

Funds received by the Russian exchange Garantex, which was sanctioned by the U.S. Treasury Department in April, accounted for “much of 2022’s illicit volume”, Chainalysis said, adding that most of that activity is “likely Russian users using a Russian exchange.” A spokesperson for Chainalysis said wallets are tagged as “illicit” if they are part of a sanctioned entity.

Garantex did not immediately respond to an emailed request for comment.

The United States also imposed sanctions last year on cryptocurrency mixing services Blender and Tornado Cash, which it said were being used by hackers, including from North Korea, to launder billions of dollars worth of proceeds from their cyber crimes.

“The market downturn may be one reason for this,” Chainalysis said. “We’ve found in the past that crypto scams, for instance, take in less revenue during bear markets.”

Chainalysis said its $20.1 billion estimate only includes activity recorded on blockchain, and excludes “off-chain” crime such as fraudulent accounting by crypto firms.

“We have to stress that this is a lower bound estimate – our measure of illicit transaction volume is sure to grow over time,” the report said, noting that the figure for 2021 was revised to $18 billion from $14 billion as more scams were discovered.