In the late 19th century, more than a hundred port cities around the world, including Ukraine’s Odesa, were hit by a devastating pandemic of plague, the deadly disease that had decimated the human populace on more than one occasion in the course of history.

One of those who stood up against it was Danylo Zabolotny, the great Ukrainian scientist who devoted his life to saving humankind from plague, cholera, diphtheria, typhus and other dangerous diseases.

Danylo Zabolotny was born on Dec. 16, 1866, in the village of Chobotarka, Podil Province, now in the south of Ternopil Region, into a poor peasant family that lived in an old two-room house.

When Danylo turned 11, his father died and his uncle took him to Rostov, Russia, where he studied in a gymnasium. He was a very bright student with a remarkable inclination toward natural sciences. 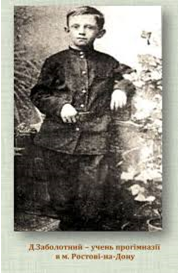 He graduated with honors and enrolled at the Novorossiya University in Odesa, which back then was one of the best and most prestigious universities in the Russian Empire. He was a very diligent student, but not at all aloof from social activities.

An active member of the student movement, Zabolotny was arrested in 1883 after a protest rally held against the Russian government’s decree  abolishing university autonomy.

He spent more than three months in prison, where he contracted polyarthritis. He was released thanks to his uncle’s doctor and to Lyudmyla Radetska, the young girl he had met while giving private lessons to her younger brother.

By the way, he also gave biology lessons to the future emperor, Nicholas II, in Odesa.

Released from prison, he was not readmitted to the university as he was deemed “politically unreliable”.

So, he got hired as a lab assistant at a bacteriological station. There, he did research, wrote his thesis and sat external graduation exams, which he passed successfully.

Whatever plans or hopes the young scientist had were changed by the devastating pandemic of cholera.

The best scientists searched high and low for a cure but were unable to even identify the bacterium that caused cholera.

Zabolotny decided to try his hand and test his knowledge by experimenting with different vaccines. And after several months he did find the cure that many older, renowned scientists had failed to!

Awarded the high degree of Master of Science, he was over the moon but not at all inclined to rest on his laurels.

In 1891, he went to Kyiv where he enrolled in the Medical Department of St. Volodymyr’s University, now Taras Shevchenko National University.

He was readily admitted to the third academic year and, in fact, he might as well have taught his teachers.

In 1900, the happy young couple received their marriage certificate in Paris and spent their honeymoon in their native village.

Zabolotny decided to test his anti-cholera serum on himself, but just as he was about to tell his young wife about it, she told him that they were going to have a baby.

It was only one year later that Zabolotny conducted his experiment.

It proved that his anti-cholera serum was effective.

After the newspaper Russian Doctor published the sensational news, Danylo Zabolotny was invited to the Pasteur Institute in Paris.

It was a great privilege and a unique career opportunity, but the young man decided to stay in Kyiv.

In 1894, the young but already renowned graduate went to work in the town of Kamyanets-Podilsky in Podil province, then on the south-western outskirts of the Russian Empire, which was hit by cholera and diphtheria. He  immediately set up a bacteriological laboratory there.

Next year, Zabolotny moved to Kyiv to manage the main laboratory of the Kyiv District Military Hospital.

Zabolotny traveled to Bombay in 1897 to help manage the plague epidemic there.

The following year he worked at the Pasteur Institute and founded an independent department of medical microbiology in St. Petersburg.

He became a Doctor of Medicine and published a multitude of scientific articles and books.

His self-sacrificing efforts were highly appreciated in scientific circles. 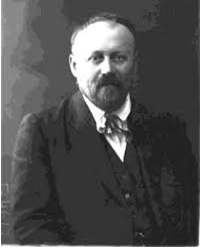 Dr. Pierre Roux, assistant director of the Pasteur Institute, wrote in a letter, “We ask you to entrust these experiments to Mr. Zabolotny, who is well acquainted with them and will be able to complete them better than anyone else would.”

After his expeditions to Manchuria and China, Zabolotny managed to identify and isolate a pure culture of plague bacteria.

The Mukden International Conference awarded him a gold medal, and in 1912 the French government awarded him the Order of the Legion of Honor.

He was the first to discover the spirochete, but the skepticism of his colleagues held him back from publishing the results of his research.

Two years later, it was successfully done by Austrian scientists.

Professor Zabolotny continued his microbiological research, but it was brought to a halt by WW I. Soon after it broke out, his dear wife Lyudmyla Radetska fell ill.

He decided to send her to Chobotarka and told her that the climate was better there than in Petrograd and that a healthy diet would do her good.

He did not know that he saw the last of her that day: she died on the train.

When her body was brought to Chobotarka, the local priest refused to bury it in the village cemetery because of his personal conflict with this refined, intelligent woman who had openly disagreed with some canons of the Russian Orthodox Church.

Danylo Zabolotny buried his wife in their family estate, next to their only son, who had died aged 16…

He stayed in Chobotarka – away from the Bolshevik coup in Petrograd and the atrocities of the Russian Civil War. The villagers loved and respected the kind, refined and intelligent man who treated them for free.

He moved to Odesa in August 1919, where he was elected rector of the Medical Academy and where he founded the world’s first research department of epidemiology.

Leading scientific journals readily published his articles, and his monographs and manuals came out every year.

He was acclaimed around the world and was unanimously elected President of the Ukrainian Academy of Sciences, even though his main and very much recommended competitor for the post was Mykhaylo Hrushevsky, the first president of Ukraine.

Hrushevsky himself voted for Zabolotny at a meeting of the board.

In 1928, Zabolotny returned to Ukraine where he spent the last year of his life.

A few weeks before he died, he wrote in his diary: “The night in Chobotarka is starry, the air is warm, and there is silence all around. I went to the grave of my dear Milochka to say goodbye to her and remembered her last will: she wanted to be buried not by priests or deacons but by the Zaporizhzhian Cossacks, and she wanted our estate to be a museum. I want to be buried next to Milochka, without priests. Forgive me, my darling…”

Danylo Zabolotny, who gained universal acclaim but lost his son and wife, helped orphans. He adopted, raised, and taught 13 children. 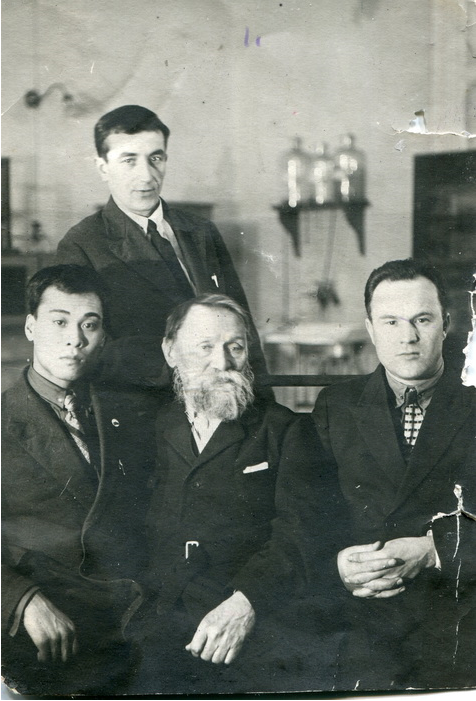 Danylo Zabolotny (center) with his stepsons Yang-Hui (left, saved in China) and Andriy (right) and nephew Fedir (above).

In 1937, at the height of Stalin’s mass reprisals, the Soviet authorities ordered the destruction of the dairy of Academic Danylo Zabolotny which,  they claimed, “contained bourgeois-nationalist views”.

Almost all of it as well as hundreds of pages of his beautiful poems were burned and only several poems survived.

His last words were “My dear children, love science and truth.”

He was buried next to his wife, Lyudmyla Radetska, in the yard of his parents’ house in his native village of Chobotarka, which was later renamed Zabolotne.

The local memorial museum is always open to visitors. Entering, they can see his poetic lines on the memorial plaque:

Let us work for our land,

Let us struggle for the truth,

Our language, our songs,

Then for our native land

We shall not be sorry.