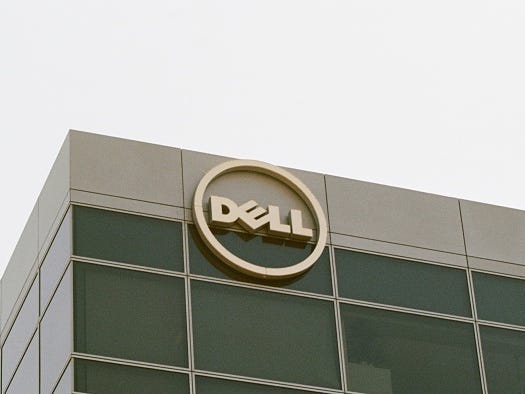 PC giant Dell is diversifying its supply chain away from China.

American tech giant Dell is planning to halt the use of Chinese semiconductor chips as soon as next year, and will slash the amount of other made-in-China parts in its products, Nikkei reported Thursday, citing three sources with direct knowledge of the matter.

The move underscores a shifting of supply chains out of China as companies seek to end their reliance on the manufacturing giant as geopolitical relations between Washington and Beijing sour, and as factory operations in China continue to be hit by the country’s COVID-19 policies.

It’s not just made-in-China chips made by Chinese companies. Dell — the world’s third-largest computer maker after Lenovo and HP — has also told suppliers that it plans to cut its use of made-in-China chips that are produced by non-Chinese firms, according to Nikkei.

Other than chips, Dell has also asked suppliers of other electronic parts — such as modules and circuit boards — to ramp up production capacity in countries outside China, per Nikkei.

“We continuously explore supply chain diversification across the globe that makes sense for our customers and our business,” Dell told the Nikkei. Dell did not immediately respond to Insider’s request for comment sent outside regular business hours.

Dell’s supply chain strategy reflects growing concerns among companies as the the Biden administration cracks down on China’s strategic chip sector — which Beijing is counting on, to dominate the world’s tech industry.

However, in October the US imposed export controls on shipping equipment to Chinese-owned factories making advanced logic chips. In December, the US Commerce Department added Chinese memory chipmaker YMTC and 21 companies in China’s artificial intelligence chip sector to a trade blacklist.

To navigate Washington-China tensions, companies from Apple to Nike have been making contingency plans to shift production out of China to other low-cost locations in Asia. This is especially as Beijing’s pandemic policies drove home the uncertainty of depending on just one country for their supply chains.

For much of 2020 to 2022, China’s strict pandemic containment measures disrupted factory operations and logistics. Even tech giant Apple was burned late last year when its iPhone output was hit by the country’s zero-COVID drive.

And then, Beijing abruptly rolled back its zero-COVID policy, in turn triggering a wave of infections that is wrecking havoc on economic activities in China right now.

The extent of the outbreak in China is not clear because Beijing has stopped publishing COVID case numbers and deaths from December 25. However, hospitals and funeral homes are reportedly overwhelmed.

Beijing only acknowledged six new coronavirus deaths since December 6, when the country U-turned on its zero-COVID policies. But Airfinity, a UK health data company, estimated on December 29 that around 9,000 are dying from COVID each day in China.

Home » Audio Sources - Full Text Articles » PC giant Dell will reportedly stop using Chinese chips as soon as next year, and it shows how Washington-Beijing tensions are forcing companies to diversify their supply chains
a