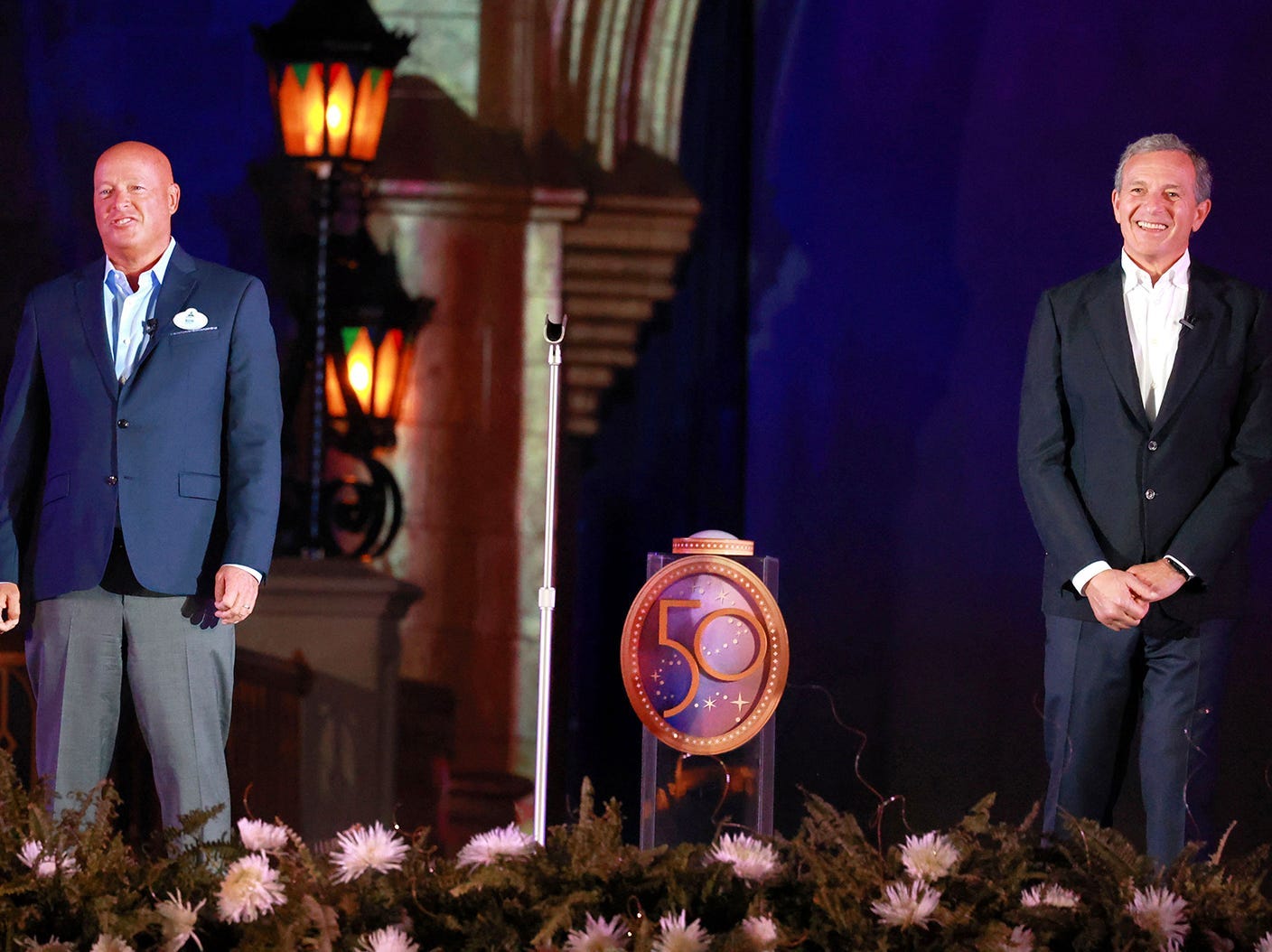 Bob Chapek (left) implemented policy changes at Disney’s theme parks that were unpopular with some diehard fans. Bob Iger (right) was reinstated as CEO in November.

Less than two months into Bob Iger’s return as Disney CEO, the company is reworking some of the most unpopular theme park policies that went into effect under former CEO Bob Chapek.

According to a letter to Disney employees seen by Insider from the company’s theme parks chairman, Josh D’Amaro, some services that were free under Iger’s initial tenure as Disney CEO would revert back to being complementary, including photo downloads from rides at Disneyland California and parking for guests staying at Disney hotels at Disney World Florida.

To make visits to Disneyland more accessible, D’Amaro said the company would “significantly” increase the number of days that park tickets sold for their lowest price of $104.

A former parks executive himself, Bob Chapek angered many of Disney’s most passionate theme park fans by jacking up prices and axing free services at the company’s theme parks while CEO. He was ousted in November and replaced by Iger, Disney’s former CEO of 15 years.

Late last year, the Wall Street Journal reported that Iger had complained to friends at length about Chapek’s new policies, lamenting that park prices had gotten too high.

“He’s killing the soul of the company,” Iger reportedly said.

However, D’Amaro denied that the rollback of price hikes resulted from the CEO leadership change.

“I have a lot of face-to-face conversations with guests when I’m walking the parks, and I read a lot of their comments online,” D’Amaro told the New York Times on Tuesday.

During Chapek’s less-than-3-year stint as Disney CEO, he angered many of the company’s most diehard fans: annual theme park pass holders. In 2021, the company mandated the pass holders reserve a spot at the parks, no longer allowing them to drop in when they wanted. The revised policies ease that restriction, allowing annual pass holders in Florida to enter some parks after 2 pm on any day except weekends.