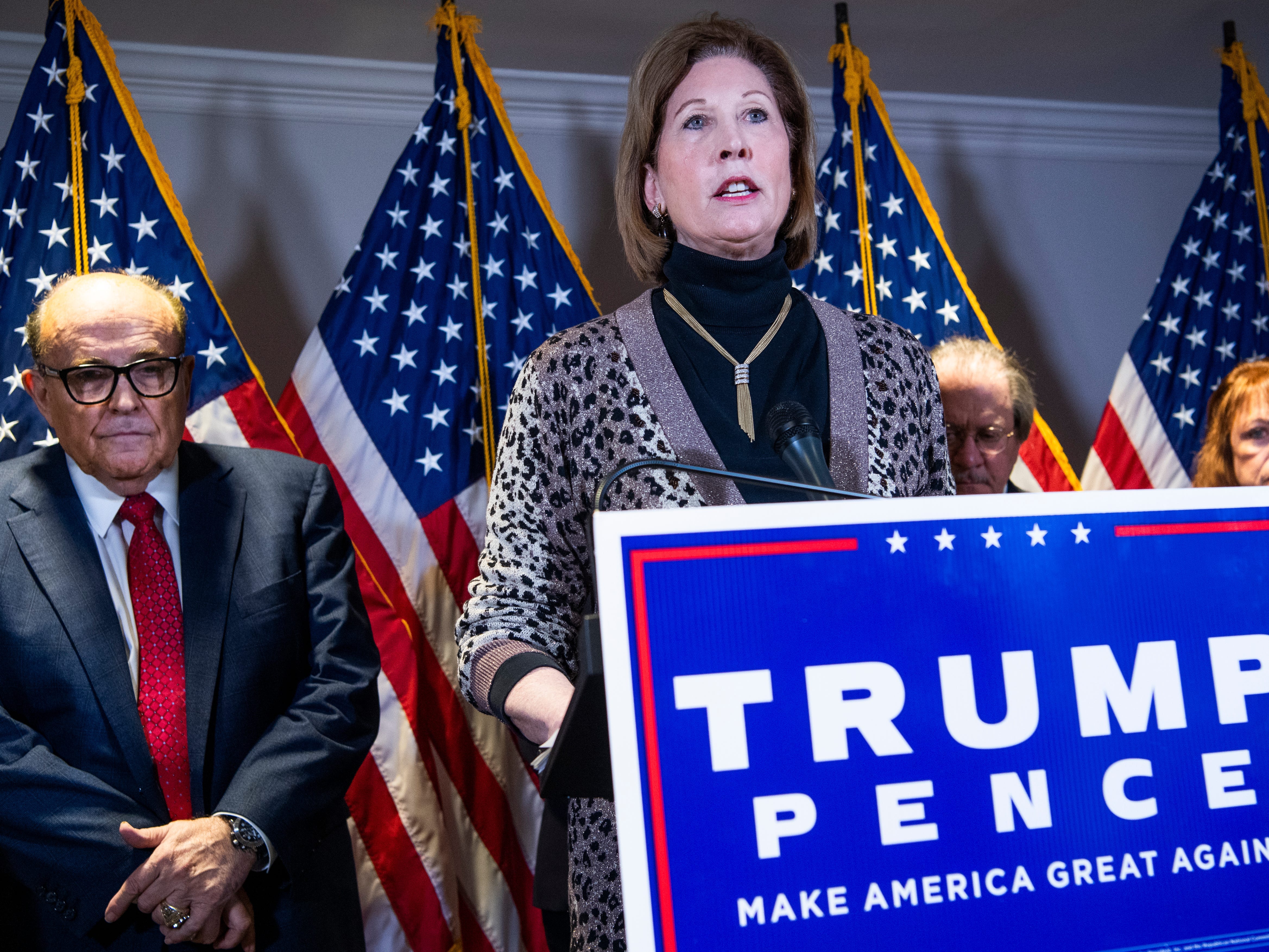 Even former President Donald Trump thought Sidney Powell — an attorney who attempted to overturn the 2020 vote on his behalf — was spouting voter fraud claims sounded “crazy.”

This was according to the January 6 panel’s executive summary of their investigation into the Capitol riot, which it released on Thursday. In the report, the committee detailed how Trump on November 20, 2020, received a call from Powell, a far-right lawyer.

The January 6 panel published testimony from Hope Hicks, Trump’s former White House communications director. Hicks told the panel that while Powell was speaking, Trump muted himself. While muted, he laughed at Powell, and told others in the room: “This does sound crazy, doesn’t it?”

The day before her call with Trump, Powell had taken to the stage at a press conference alongside Trump lawyer Rudy Giuliani, alleging wild conspiracy theories.

According to the committee’s report, Powell repeated to Trump claims that she had trotted out during that press conference. This included the baseless assertion that there was “massive influence of communist money through Venezuela, Cuba, and likely China in the interference with our elections here in the United States.” Additionally, Powell thought the voting technology company Dominion Voting Systems was in league with Venezuelan dictator Hugo Chavez (who has been dead since 2013), and that this had something to do with the election.

“Sidney Powell is practicing law on her own. She is not a member of the Trump Legal Team. She is also not a lawyer for the President in his personal capacity,” wrote Trump lawyers Giuliani and Jenna Ellis on November 22.

As for Powell’s fate, in October 2021, the Daily Beast reported that she is now on Trump’s “no-go list.” The Daily Beast spoke to sources who said Powell has been put on a list of people to keep away from Trump, and that the former president will not take her calls.

In the meantime, Dominion Voting Systems is suing Powell, Giuliani, and MyPillow CEO Mike Lindell for defamation, alleging that the trio pushed a slew of baseless voter fraud claims that hurt its business. Dominion Voting Systems said in January that it is unlikely to settle the billion-dollar lawsuits given the “devastating harm” the three caused the company.

Representatives for Powell and a spokesman for Trump did not immediately respond to Insider’s requests for comment.