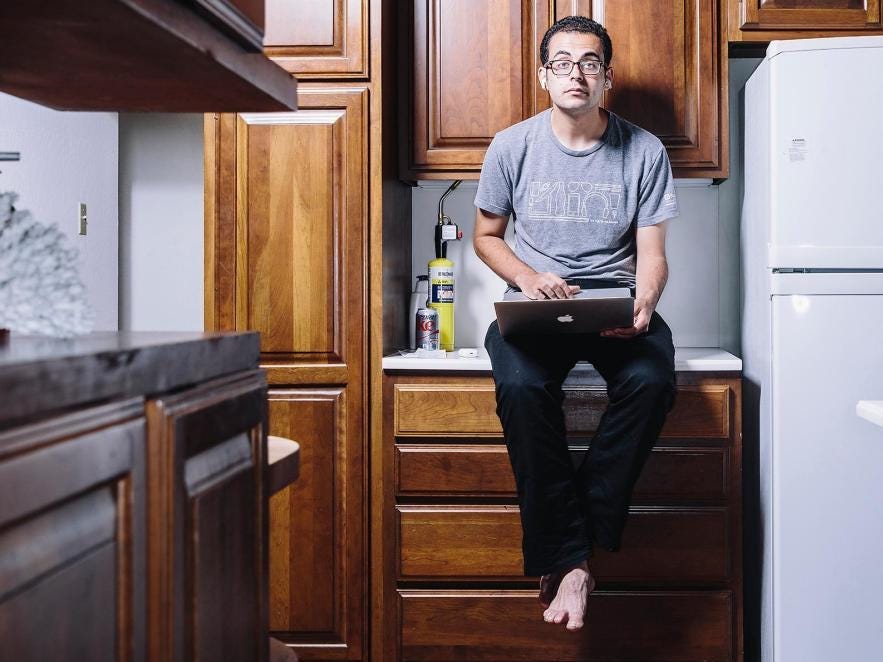 DoNotPay founder Joshua Browder tweeted that the app is headed to traffic court next month for a real-world test of its AI-powered “robot lawyer.”

But DoNotPay’s founder Joshua Browder plans to put his app’s AI “robot lawyer” to just such a test in an upcoming traffic court case in February, according to a report in the New Scientist that heralds the first AI-powered defense in court.

To sweeten the deal for its guinea pig defendants who, unbeknownst to the court, will be reciting the AI program’s advice, DoNotPay will also pay any fines they get stuck with, according to the report.

The case could create bizarre scenarios and open up defendants to potential contempt of court charges, legal experts told Insider.

For instance, what happens if a defendant takes too long to answer a question while the AI program is coming up with a response, or if they can’t explain an argument they just parroted to the court? What happens if the court suspects mischief afoot and instructs the defendant to take off the earpiece, and they refuse to comply?

“If this device is picking up what the judge says, and analyzing it, and proposing what to say to the judge, that’s going to take time,” said Richard Marcus, a professor at the recently renamed UC College of the Law, San Francisco. “The traffic court judge might have questions about who’s really doing the talking here.”

States also have what are known as “unauthorized practice of law” rules that restrict who can provide official legal advice and represent parties in court.

State bar associations, which can enforce such rules through lawsuits, have previously grappled with whether certain legal advice books and computer programs took their help too far. Judges can also refer issues that come up before them to bar associations to pursue, Marcus said.

As Browder courted headlines with the bold move to take DoNotPay’s “robot lawyer” to court, he also tweeted an incredible offer on Sunday. “DoNotPay will pay any lawyer or person $1,000,000 with an upcoming case in front of the United States Supreme Court to wear AirPods and let our robot lawyer argue the case by repeating exactly what it says,” he tweeted.

It’s one thing to experiment with defendants, but for lawyers using such a program in court — any court, let alone the highest in the land — the reputational and professional stakes could be severe. Attorneys are required to represent clients to the best of their ability, and keep client information private.

“If there’s a third party getting involved, are you breaching your obligation to your client because you’re no longer using your ability?” said Morgan Stringer, an attorney in Charlotte, N.C. “When you’re disclosing facts to this service, would that go into violating confidentiality?”

“I don’t know any judge that would permit me to have airpods in while doing oral arguments,” she said. “I would never in a million years do that.”

Home » Audio Sources - Full Text Articles » It might be possible to fight a traffic ticket with an AI ‘robot lawyer’ secretly feeding you lines to your AirPods, but it could go off the rails
a