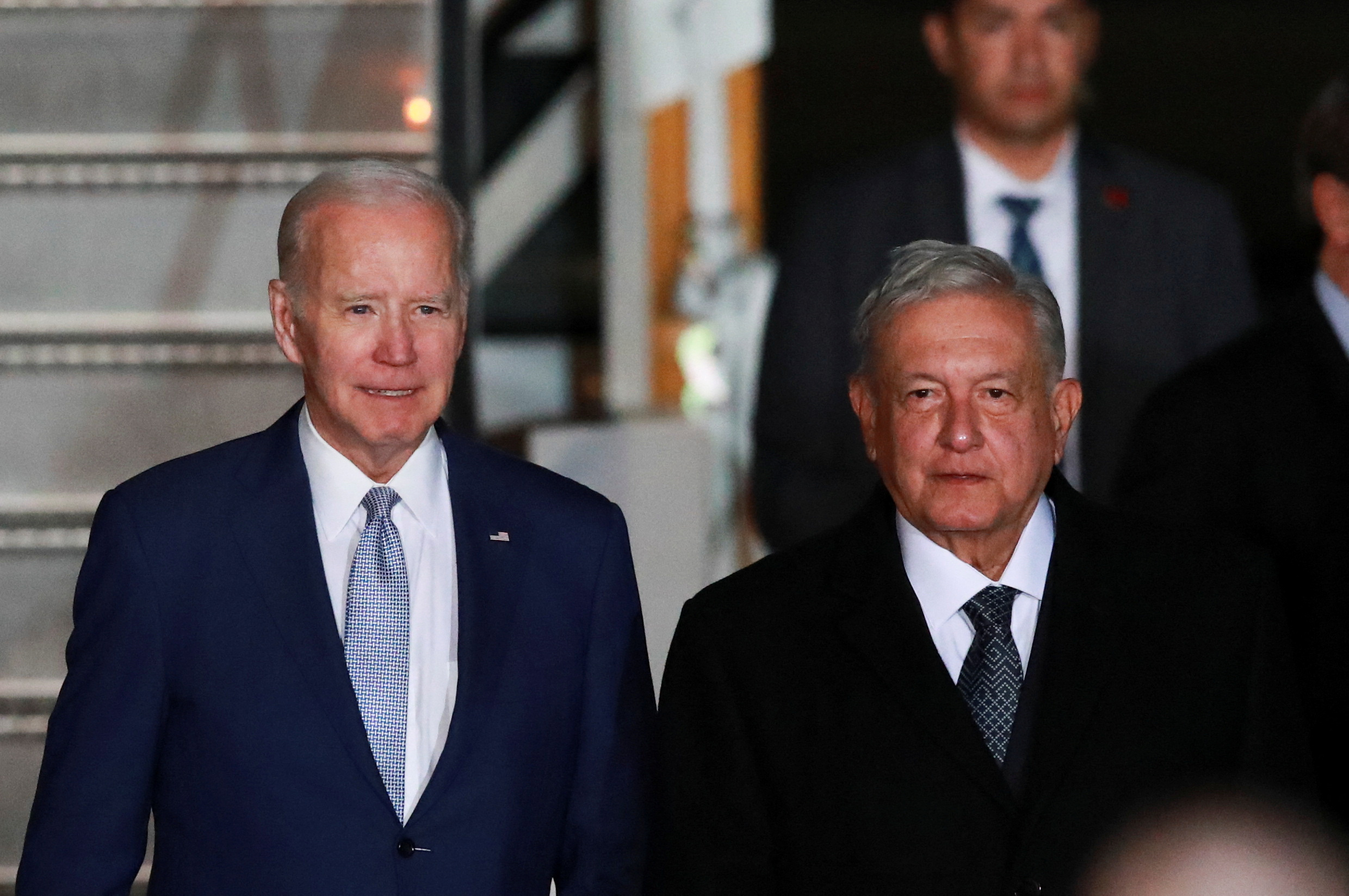 Ebrard was speaking at a news conference alongside Lopez Obrador after Biden’s arrival in Mexico City on Sunday evening for a North American leaders’ summit this week.

Lopez Obrador accompanied Biden in a limousine from the airport to his hotel and said the two during the journey touched on some of the issues they would discuss on Monday, including regional economic integration and migration.

Lopez Obrador is hosting Biden and Canada’s Prime Minister Justin Trudeau between Monday and Wednesday for the first summit between the three since late 2021.

The North American leaders are expected to seek to give new impetus to strengthening economic ties, even as a major dispute grinds on over Mexico’s energy policies which has distracted from cooperation on other issues such as immigration.

The United States and Canada say their firms have been disadvantaged by Lopez Obrador’s campaign to give control of the market to his cash-strapped state energy companies.

Lopez Obrador, a combative leftist, says his drive is a matter of national sovereignty, arguing that past governments skewed the energy market to favor private interests.

Washington and Ottawa believe his policies breach the United States-Mexico-Canada (USMCA) trade deal, and have launched dispute resolution proceedings against Mexico, souring the mood for cooperation over jobs and investment.

Trudeau told Reuters on Friday he would make the case that resolving the energy dispute would help bring more foreign investment to Mexico, and was confident of making progress.

Since the COVID-19 pandemic scrambled supply chains, policymakers have stepped up calls for firms to relocate business from Asia to make the region’s economy more resilient.

As part of that drive, Lopez Obrador, who in June snubbed Biden’s invitation to the Summit of the Americas in Los Angeles in protest at his exclusion of the leaders of Cuba, Venezuela and Nicaragua, wants to discuss his plan to boost solar power in northern Mexico and secure U.S. financial support for it.

That plan to generate solar power in the northern border state of Sonora would be discussed on Monday, Ebrard said.