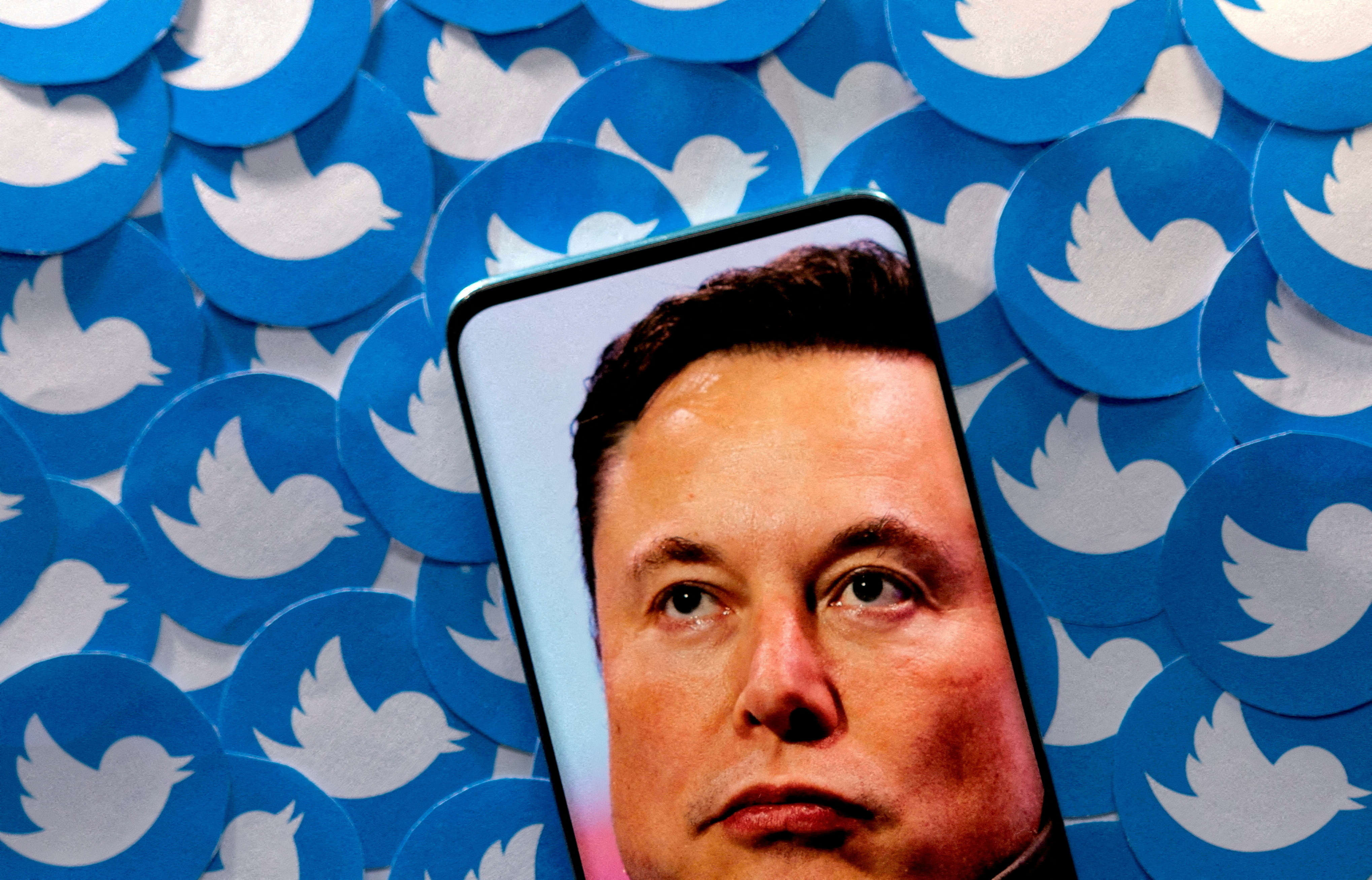 An image of Elon Musk is seen on a smartphone placed on printed Twitter logos in this picture illustration taken April 28, 2022. REUTERS/Dado Ruvic/Illustration/File Photo

CNBC on Friday reported that Twitter’s full-time headcount has reduced to about 1,300 active, working employees, including fewer than 550 full-time engineers by title.

About 75 of the company’s 1,300 employees are on leave including about 40 engineers, CNBC said, citing internal records.

“The note is incorrect. There are about 2300 active, working employees at Twitter,” billionaire Musk tweeted in a response to a tweet quoting CNBC.

“There are still hundreds of employees working on trust & safety, along with several thousand contractors,” Musk added.

Musk took over Twitter in October and swiftly moved through a number of product and organizational changes. The company rolled out Twitter-verified Blue check-mark as a paid service and also laid off about 50% staff.

Home » Audio Sources - Full Text Articles » Elon Musk says Twitter has a headcount of about 2,300
a