Welcome back from the Christmas weekend. I’m Phil Rosen, reporting from Los Angeles.

Usually in December the talk of the town is upbeat and cheerful — holiday music plays and White Elephant exchanges are all the rage.

And usually the world’s leading electric vehicle brand, Tesla, joins in on that cheer.

Despite being the most shorted stock of all time, Elon Musk’s company has finished years’ past with massive climbs.

Tesla is among the S&P 500’s biggest losers this year, and most of its meteoric pandemic gains have been all but wiped out. 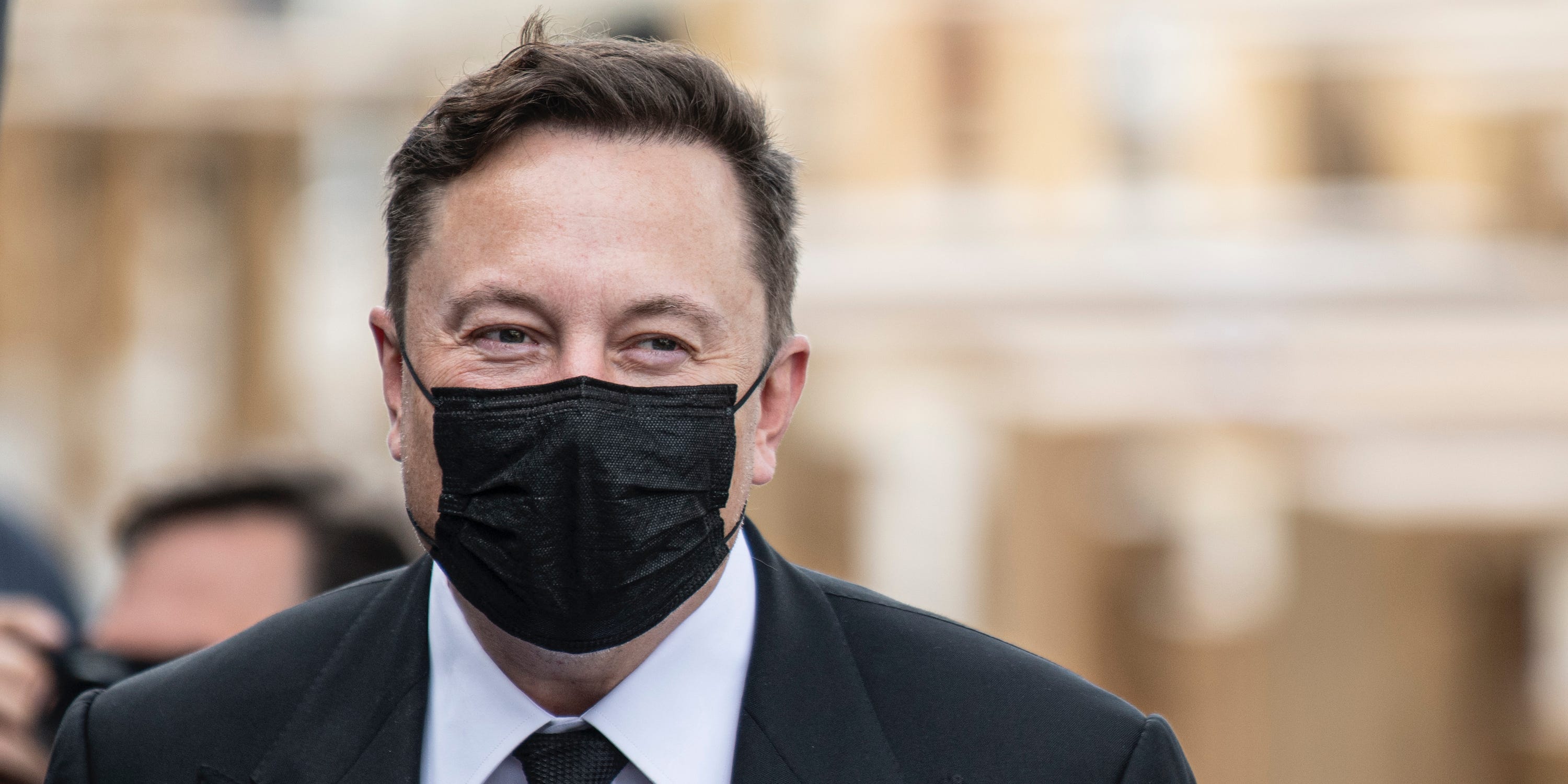 1. Elon Musk has pointed to the Fed as reason for Tesla’s declines, with the company’s market cap shedding $600 billion on the year.

But now that macro headwinds have made it historically cheap (and Tesla bears have made a killing on it this year), Musk said it offers a buying opportunity.

“I keep saying that Fed rate is insane, because data I’m seeing says we’re already in deflation,” he tweeted last week. “If true, then real rate of return of T-bills is roughly that of S&P500. Very smart investor I spoke to today said he’s shorting S&P…”

Inflation soared to a 40-year high of 9.1% in June, and with the most recent data clocking in north of 7%, it remains far above the Fed’s 2% goal.

The central bank has attempted to cool prices with an extremely aggressive series of interest rate hikes.

The idea is that those higher rates flow through into larger returns from savings accounts and government bonds, which makes higher risk investments like  stocks less appealing in comparison.

But to Musk, prices have already started dropping, which eliminates the need for the Fed to keep rates so high. As he wrote in another tweet last week:

“In simple terms: as bank savings account interest rates, which are guaranteed, start to approach stock market returns, which are not guaranteed, people will increasingly move their money out of stocks into cash, thus causing stocks to drop.”

While Musk isn’t wrong that demand for stocks has waned, there’s still a flaw in his argument, according to Tesla investor and Future Fund manager Gary Black.

“Elon – you can’t compare a very short duration bank with long duration $TSLA stock… Since you closed on TWTR, TSLA [is down] -38% vs NDX [Nasdaq 100] -1%. If it was all [interest] rates, NDX would be down a similar amount,” Black tweeted at Musk.

In other words, while higher interest rates undoubtedly drag on stocks, that doesn’t explain why Tesla has seen outsized losses since Musk closed his purchase of Twitter.

In any case, Black remains a Tesla believer and continues to own it, as does ARK Invest’s Cathie Wood, who has been buying the dip all quarter.

How has your view of Tesla stock changed since October? Tweet me (@philrosenn) or email me (prosen@insider.com) to let me know. 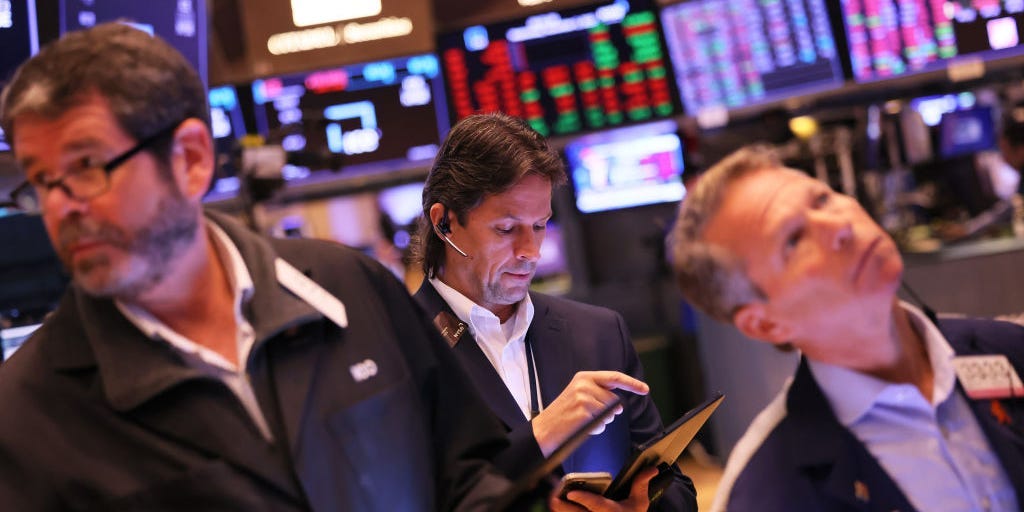 3. Wall Street experts shared 20 books that should be on your wishlist right now. With stocks tumbling this year, these books can help you understand where to invest and how to conquer bear markets. Check out their picks here.

4. These are the top-performing funds of 2022. Their managers told us how they overcame a brutal year for the stock market, and shared the stock picks that worked best.

5. The DEA said that a global drug cartel used Binance to launder up to $40 million in illicit profits. According to a Forbes report, the crypto exchange has been working with investigators to track down suspects involved in the crime — here’s how.

6. Rising housing inventory will accelerate a 20% plunge in home prices. That’s according to Pantheon Macro, which said that the scale of the demand collapse this past year remains enough by itself to weigh home prices down. Even so, a meaningful recovery “is still miles away.”

7. The stock market’s fear gauge will plummet in 2023 as historic inflation begins to drop. And, in Fundstrat’s view, that will tee up the S&P 500 for a 20% surge. Once the Fed initiates a policy pivot, the firm believes equity concerns among investors will begin to alleviate.

8. The world’s top investment firms pay Rob Arnott for advice. He shared two trades that could deliver 15% annualized returns over the next decade — and breaks down why inflation might remain elevated for far longer than investors are expecting.

9. This Wall Street headhunter’s rapid ascent was underpinned by accusations of harassment and abuse. Durlston Partners wooed employees with the promise of fast cash, epic parties, and an unbeatable culture. Ex-staffers tell quite a different story. 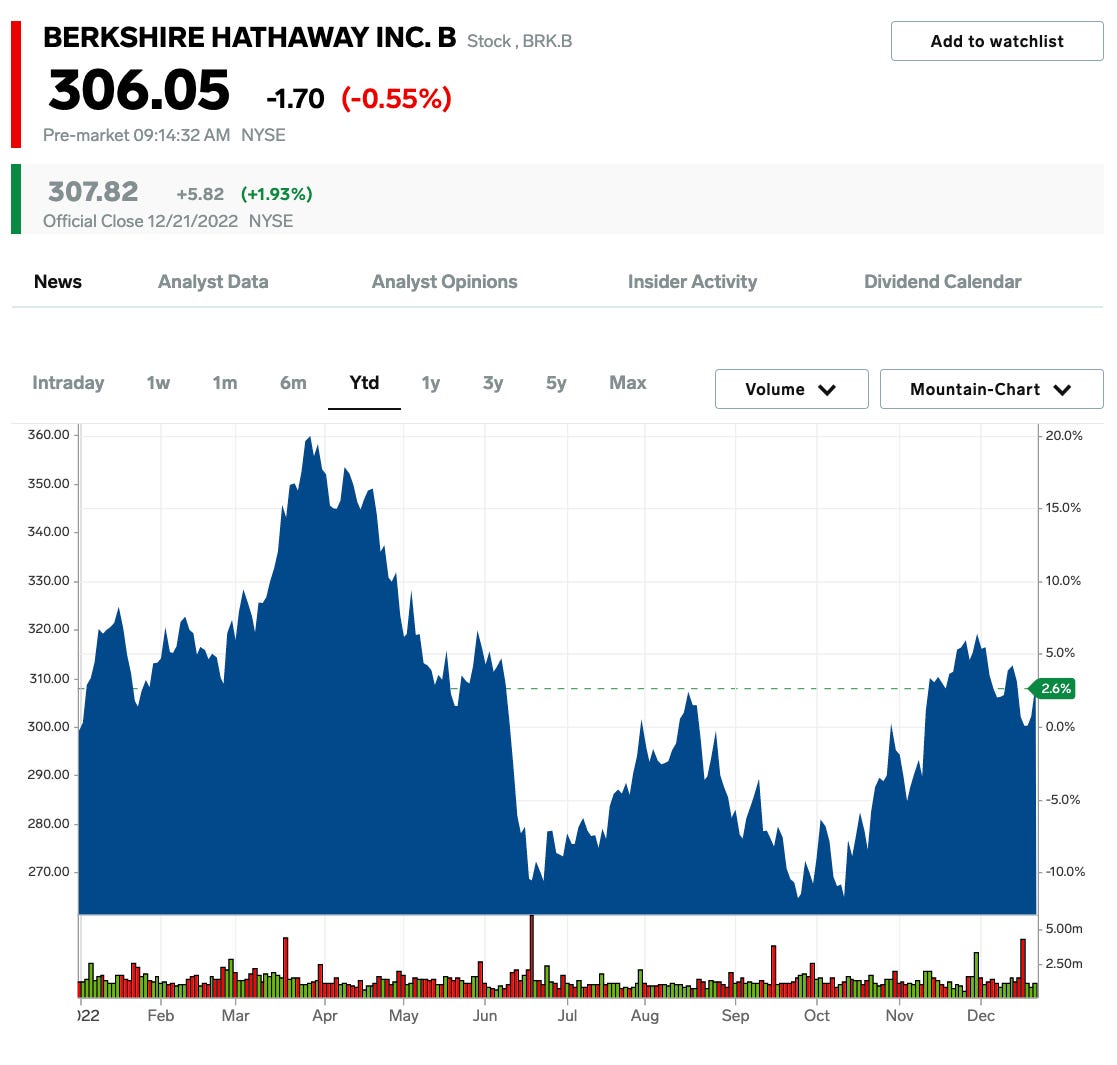 10. Warren Buffett’s Berkshire Hathaway has continued to generate steady returns even as tumult hit markets this year. The Oracle of Omaha has advised against switching out of stocks for cash or gold during wars. To Buffett, productive businesses make a better investment over safe-haven assets.

Home » Audio Sources - Full Text Articles » Elon Musk’s Tesla, the world’s leading EV maker, is capping off 2022 as one of the S&P 500’s worst-performing stocks.
a