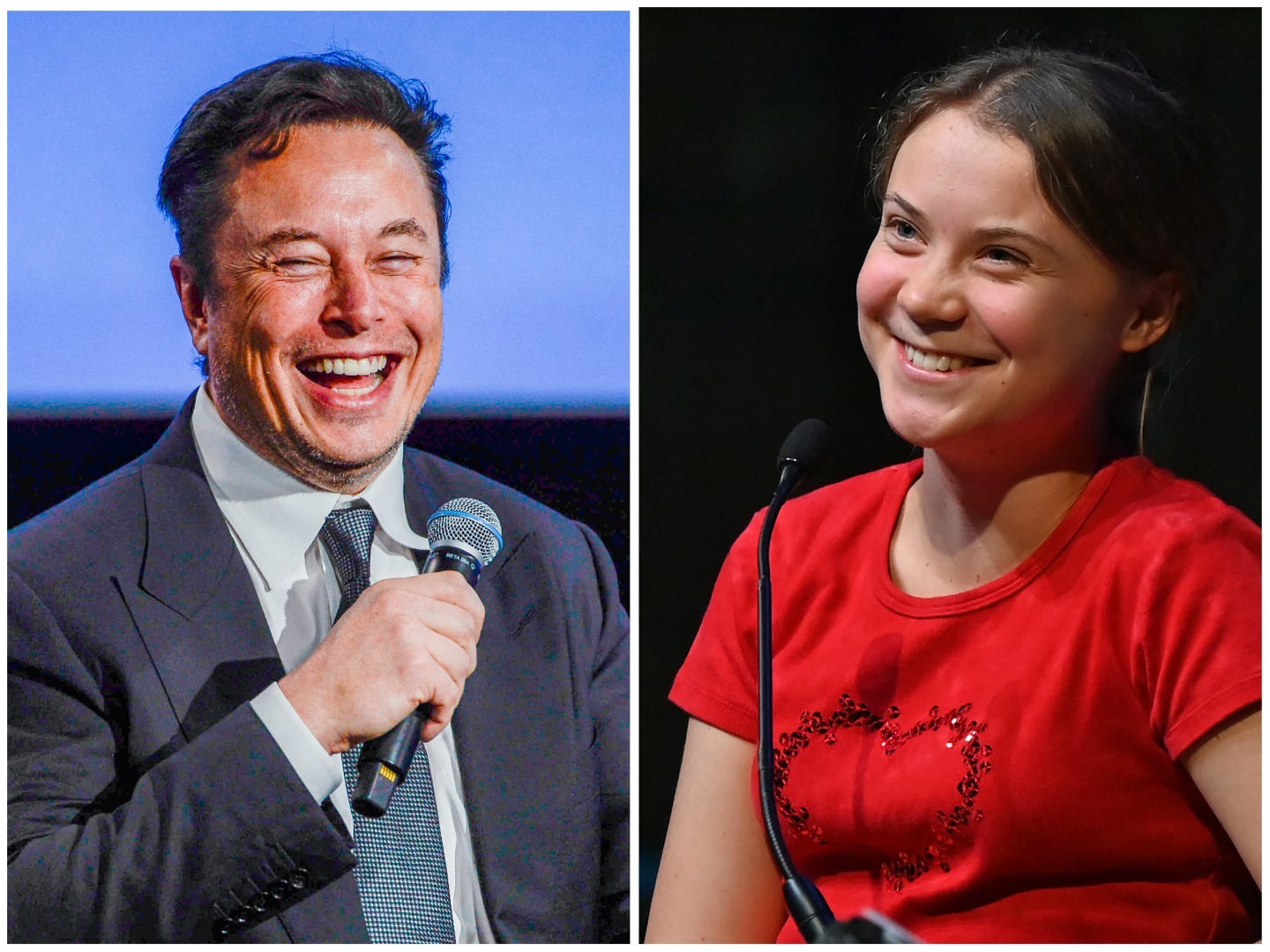 The Tesla CEO tweeted on Friday that the “sheer amount of brand awareness achieved by Greta within a few years is astounding,” in a response to a satirical Babylon Bee article called “New Greta Thunberg Thermostat Scowls At You When You Turn The Heat Up.”

His comments follow Thunberg’s response to Tate’s taunts about his car collection earlier this week.

The influencer, who has made misogynistic comments online, asked Thunberg for her email address so he could send a “complete list” of his 33 cars “and their respective enormous emissions.”

She told Tate he could contact her at “smalldickenergy@getalife.com.”

Thunberg’s tweet has had 3.7 million likes, making it one of the most popular ever.

Tate and his brother Tristan were arrested in Romania on Thursday in connection with allegations of human trafficking and rape, which they deny, BBC News reported. They and two Romanians will be detained for 30 days.

Musk’s comments could be seen as a reaction to a suggestion this week by economist Paul Krugman that Musk’s tack to the political right has put him at odds with Tesla’s core customer base of wealthy, environmentally conscious liberals. Musk has “gone full MAGA, turning off exactly the people who might buy his cars,” Krugman tweeted.

Meanwhile, Tesla shares have lost almost two thirds of their value, or more than $700 billion, this year after the stock peaked in November 2021.

Musk’s focus on “fixing” Twitter since he took control in late October has rattled some investors’ confidence.

Some pleaded with the CEO to let someone else run Twitter and concentrate on Tesla, said Ross Gerber, head of Gerber Kawasaki Wealth and Investment Management and a Tesla shareholder, on a Twitter Space on December 20.

Analysts have also said that Twitter is distracting Musk from Tesla, while his politicized tweets have damaged the EV maker’s brand as well.

Musk and Tesla didn’t immediately respond to request for comment from Insider.