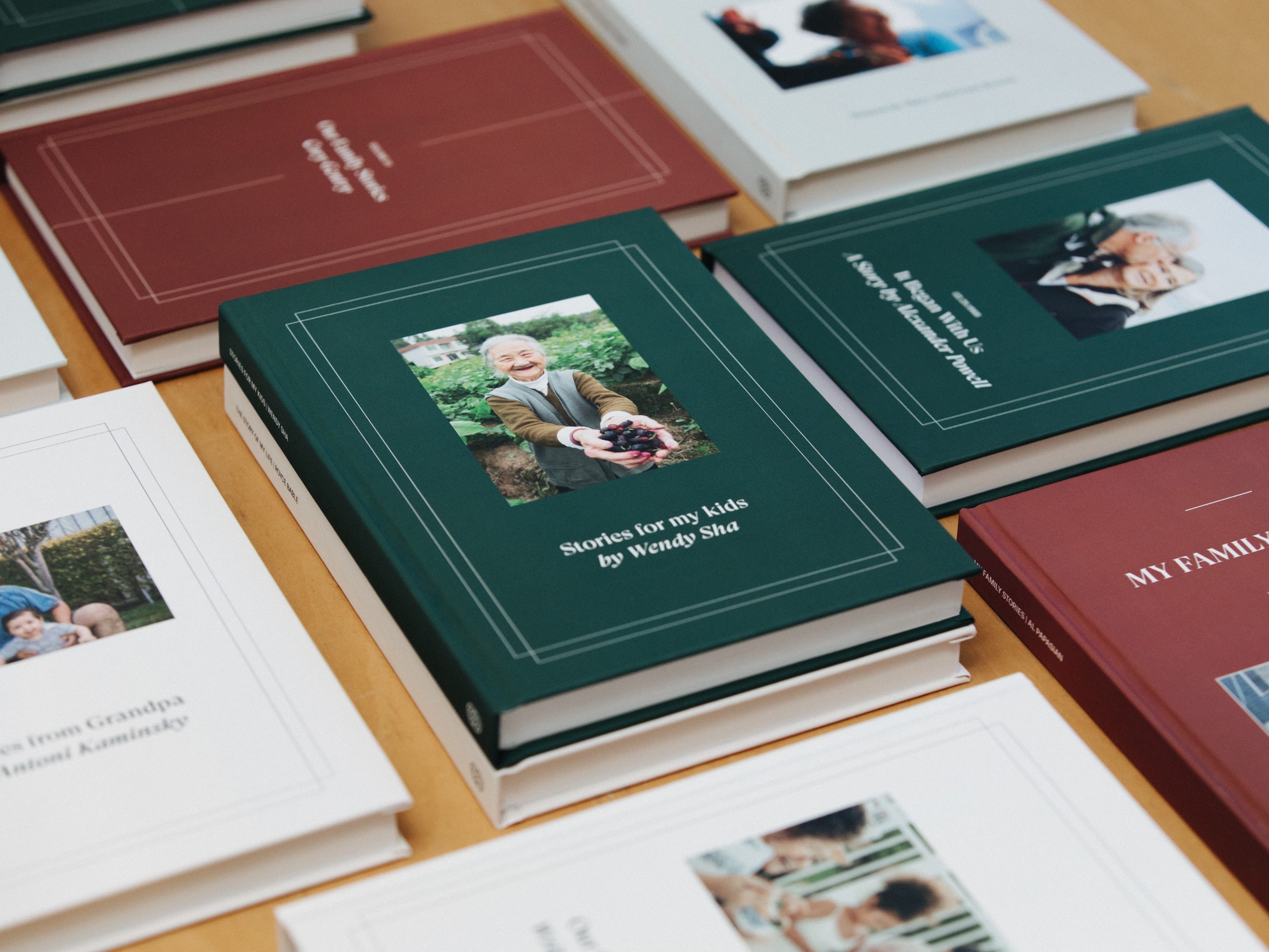 Nick Baum credits his 82-year-old father with inspiring him to start Storyworth, a do-it-yourself-memoir company, 10 years ago.

“I didn’t have any kids yet, but I had the sense that even if I did, he might not be around to see them and get to know them,” Baum told Insider.

To remedy that issue, he started emailing his father once every week, each message containing a single question intended to prompt some details about his life. 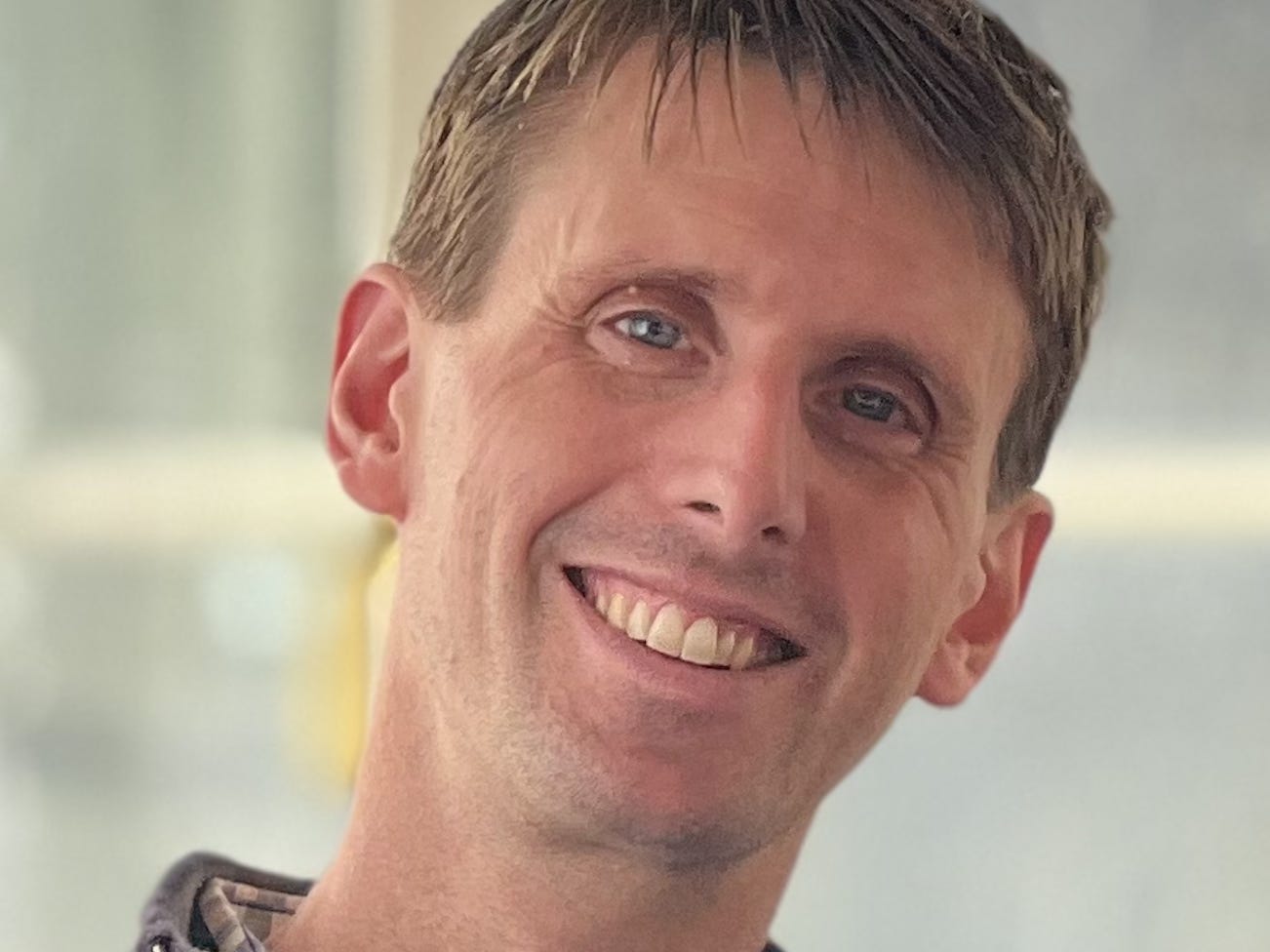 Nick Baum, the founder of Storyworth.

“There were mundane questions like, ‘What were your favorite toys growing up?'” Baum said, “that gave a lot of texture.”

After realizing others might be interested in a similar service, he left his job as a product manager at Google to offer it commercially.

According to data supplied to Insider by the literature-research firm WordsRated, memoir and biography was the best-selling hard-copy category on Amazon in 2020, and almost 50% of nonfiction books on the New York Times bestseller list are biographies or memoirs. Data from NPD BookScan, which tracks retail print-book sales, showed memoir sales peaking at 28 million in America in 2020, a rise of more than 24% year over year.

It’s no wonder, then, that entrepreneurs think there’s huge potential in helping folks create their own autobiographies.

Baum said what makes Storyworth appealing was its streamlined do-it-yourself approach, which keeps costs to a minimum: Customers pay $100 for a year of weekly questions, plus a keepsake book compiling the respondent’s answers.

“Until now, people were recording their stories two ways — either you were very wealthy and hired someone to be your biographer, or you were very motivated and spent time writing it up all by hand,” he said. “We take something that’s either expensive or dauntingly time-consuming and make it very manageable.”

His typical customer, he said, is a woman between the ages of 35 and 55 who gifts book to a relative. 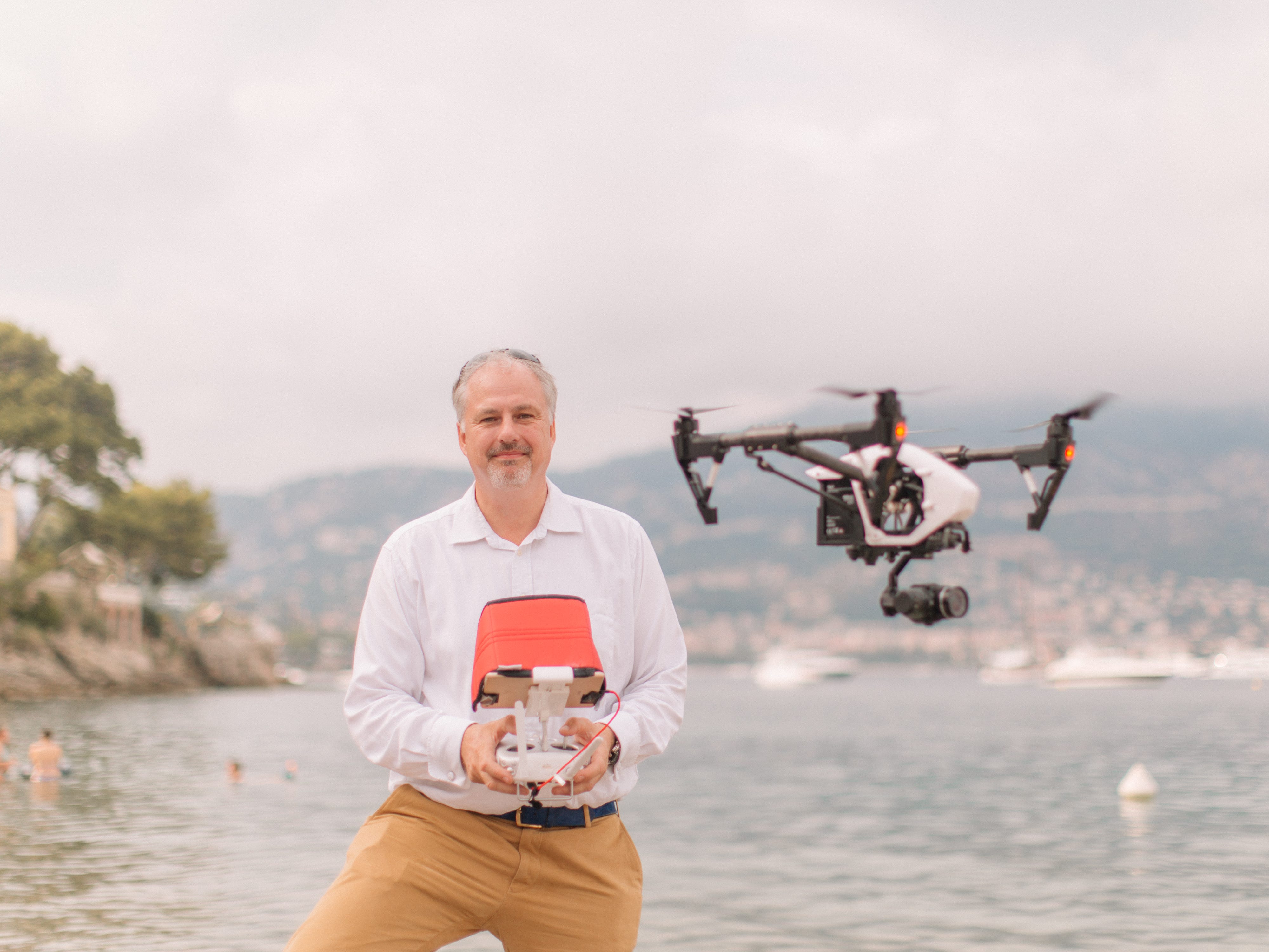 Andrew Gemmell, the founder of The Family Film.

Andrew Gemmell, the founder of The Family Film, charges about $50,000 for an in-depth, professional-caliber film that combines archival footage and photos with hours of specially recorded interviews, whether taped remotely or in person. Gemmell is well versed in handling the tricky temperaments and revelations that such interviews might unearth — he was hired to photograph Elton John’s bachelor party and the weddings of both Princess Eugenie and her sister, Beatrice.

The Family Film charges $50,000 for an in-depth movie of a family’s history.

Courtesy of The Family Film

His idea was, like Baum’s, inspired by his father, who drowned in an accident when Gemmell was 18. Gemmell started filming relatives telling stories about his dad to better remember and understand him.

“In a world where we’re constantly creating digital waste, when our phone dies, so does what’s on them,” he said. “So we’re curating for those who don’t have the time and effort.”

Rutger Bruining’s company, StoryTerrace, in London and Los Angeles, started out as just another writer-for-hire platform. Today, it still offers that service, with more than 650 writers worldwide on its roster and clients paying up to $27,500 for a 60,000-word book based on 30 hours of interviews. Bruining’s team even offers an option to promote a customer’s self-published tome to try to score a spot on one or two bestseller lists.

But he isn’t relying solely on the ghostwriting model: Bruining just announced a partnership with the hologram-technology firm 8i. For $5,000, customers receive a quartet of stories captured on video, which are then rendered into 3D so that descendants can immerse themselves in the moment with their ancestral storyteller using a virtual-reality headset. 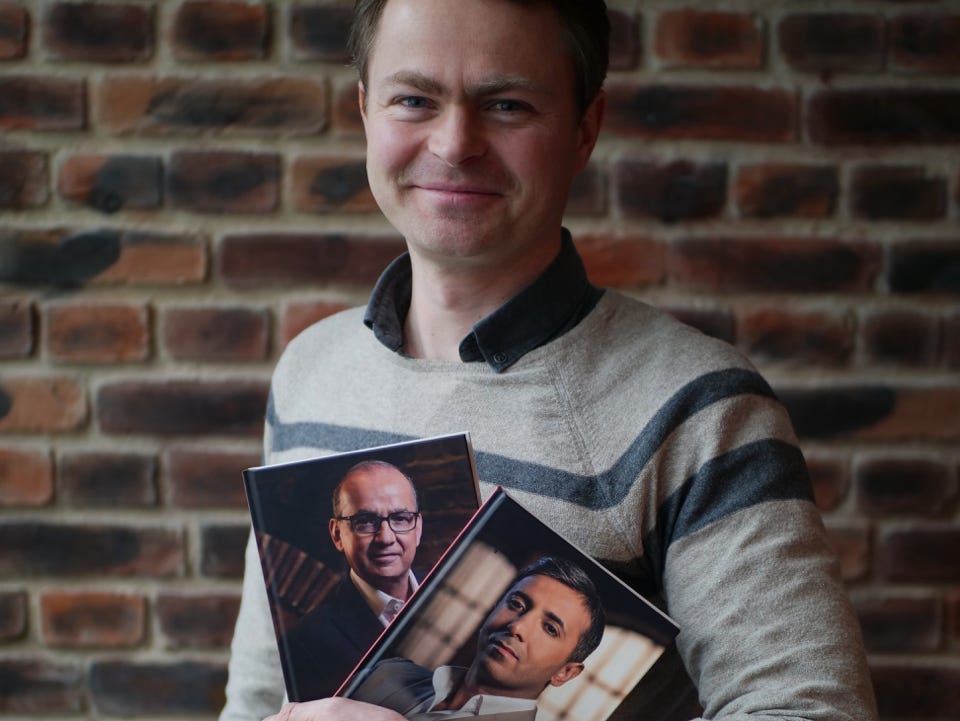 He sees this as an upsell that’s likely to appeal to the top 20% of those hiring StoryTerrace for a conventional biography and has already trialed the project with the LA handbag designer Jerry Terrence, an existing client.

“Lots of people have home videos,” he said. ”So you can either make a very beautiful, very expensive documentary or create something where an older person is talking for a long time, which isn’t that enjoyable to watch. VR is more scalable, and the experience is much more immersive than a 2D film.”

His core customer for memoir writing is someone gifted the service for their 70th birthday or an anniversary.

“We have one guy from Switzerland who said, ‘I’ll do the book, but it’s going to be in my safe until I’m dead.'” 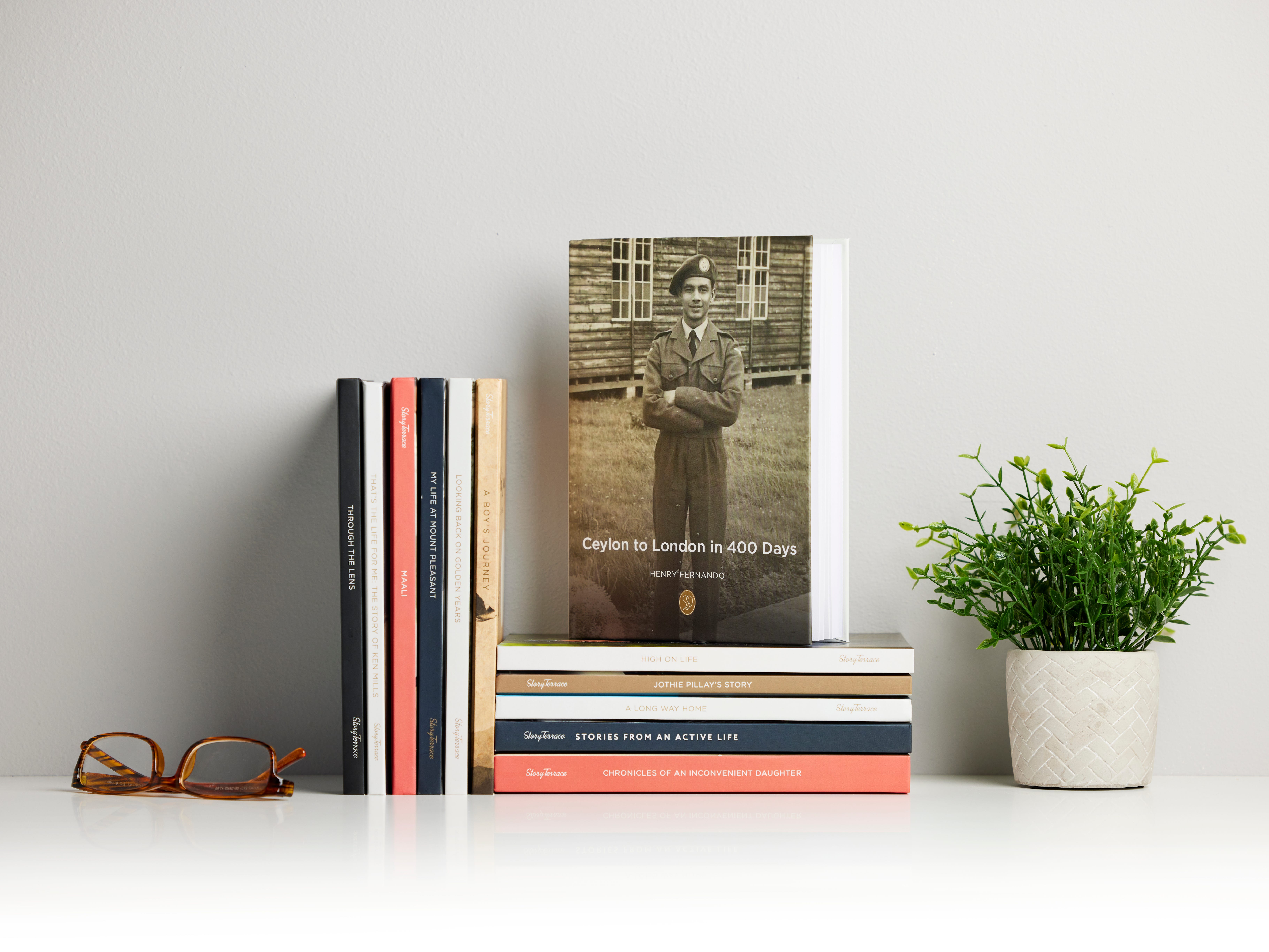 StoryTerrace charges up to $27,500 for an autobiography.

Ben Yagoda, the author of “Memoir: A History,” told Insider the surge in interest in memoirs had been powered mostly by the broadening of subjects who write these types of books.

“At one point, autobiography was only the province of statesmen, movie stars, and eminent authors, but in the late 20th century, it became the province of regular people,” Yagoda said.

Social media, podcasts, and self-publishing platforms have also created ways for people to share their stories with a wide audience.

Baum added that distance — and the pandemic — had encouraged people to invest in memorializing themselves and others.

“People live further apart now, when there used to be three generations under one roof who’d sit and tell stories at the dinner table,” he said.

“I feel very lucky that my children have several hundred pages of stories from him,” he said.

Home » Audio Sources - Full Text Articles » Entrepreneurs are charging up to ,000 to preserve people’s memories in books, films, and even holograms before they die as the personal-memoir business ramps up
a