European Union unity over sanctions on Russia has started to falter as jitters about the impact on Europe’s own stumbling economy weakens resolve to punish Moscow for war in Ukraine.

EU leaders agreed on Thursday to a ninth package of sanctions but talks were acrimonious, with Poland and the Baltic states that neighbour Russia campaigning for tougher measures, while states further west, such as Germany, were more hesitant.

Some, such as Belgium and Greece, as well as Hungary which still relies heavily on Russian energy imports, pushed back against further sweeping measures, EU diplomats told Reuters.

“It is becoming increasingly difficult to impose sanctions that hit Russia hard enough, without excessive collateral damage to the EU,” a spokesperson for Belgium’s government said ahead of the deal at the EU leaders’ summit.

After Russia invaded Ukraine in February, starting the biggest conflict in Europe since World War Two, the European Union showed a united front and responded with swift steps against Russia, unusual for the 27-nation bloc where opposing voices often turn debates into marathon meetings.

Sanctions have already been imposed on a range of companies and Russian individuals, while overflights by Russian planes have been banned and business with several Russian banks barred.

The latest measures targeted entities connected to Russia’s military, clamped down on drones and froze assets of two Russian banks among other curbs.

But strains were felt during talks. Lithuania and others objected to moves to secure carve outs to exempt a handful of Russian oligarchs involved with agriculture and fertilisers, although that dispute was defused in the end, sources said.

Poland and the Baltic states, closer to the frontline, circulated a proposal in recent weeks for more far-reaching sanctions, including on Russian gas and its nuclear industry, and arguing against exemptions, such as on sales of Russian steel and diamonds.

Some in that group want Gazprombank, central for energy payments to Russia, to be targeted, said one person familiar with the matter. The person said many countries were reluctant but added these issues would be discussed in 2023.

For some European politicians, such as those from Poland which faces fighting on its doorstep, the hesitancy of other states to support sterner steps has proved frustrating.

“We will demand Germany change its policy. It’s not fair for Germany to rely on Poland to defend it from the threat of war,” said Radosław Sikorski, Poland’s former foreign minister and now a member of the European Parliament. “Just because you are richer and bigger doesn’t mean you are always right.”

Russia says sanctions have boomeranged against the West, driving up inflation as energy prices have rocketed higher. Moscow says its own economy is resilient.

Meanwhile, existing EU measures are not always watertight. The EU imposed a price cap on seaborne Russian oil deliveries, but its crude is selling below that level, so revenues still flow to Moscow.

The cap was billed as further punishment for Russia but some officials say the main impact is to water down the bloc’s own curbs on the oil trade as, provided the price stays below the cap, European insurers can underwrite Russian shipments.

The oil cap – designed to align the whole of the EU with the United States – was adjusted in a nod to Greece and Cyprus, which have large tanker fleets, people familiar with the matter said.

European diplomats and officials, speaking during this week’s talks, told Reuters the bloc was nearing its limits.

“Now we are careful with sanctions, so that we don’t go so far that we would totally damage the European economy,” said Edita Hrda, the ambassador to the European Union of the Czech Republic, which holds the EU presidency.

“If we push certain steps against Russia, it could cost some political leaders their jobs. We need to give the countries time to adjust. We need a prosperous Europe in order to help Ukraine,” said Hrda, who chaired meetings of EU countries, including those that set the shape of the most recent sanctions.

Others are more discrete, while some have half an eye on a future relationship with Russia after the war ends.

German Chancellor Olaf Scholz said this month that the EU would “tighten the sanctions against Russia for as long as Putin continues his war”.

He has also said relations were now “being reduced, reduced, reduced” but there should be an opportunity for economic cooperation again for “a Russia that ends the war”. 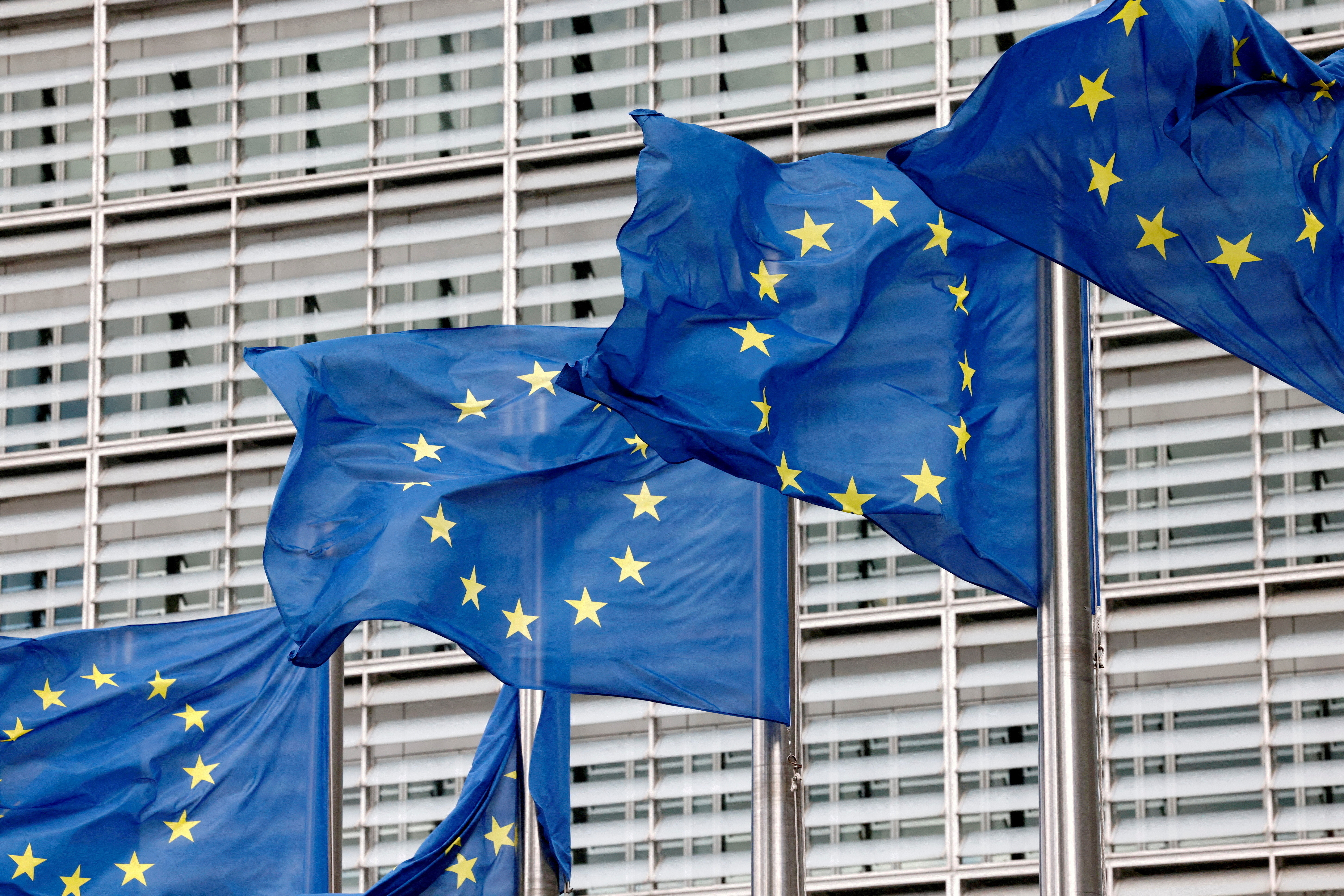 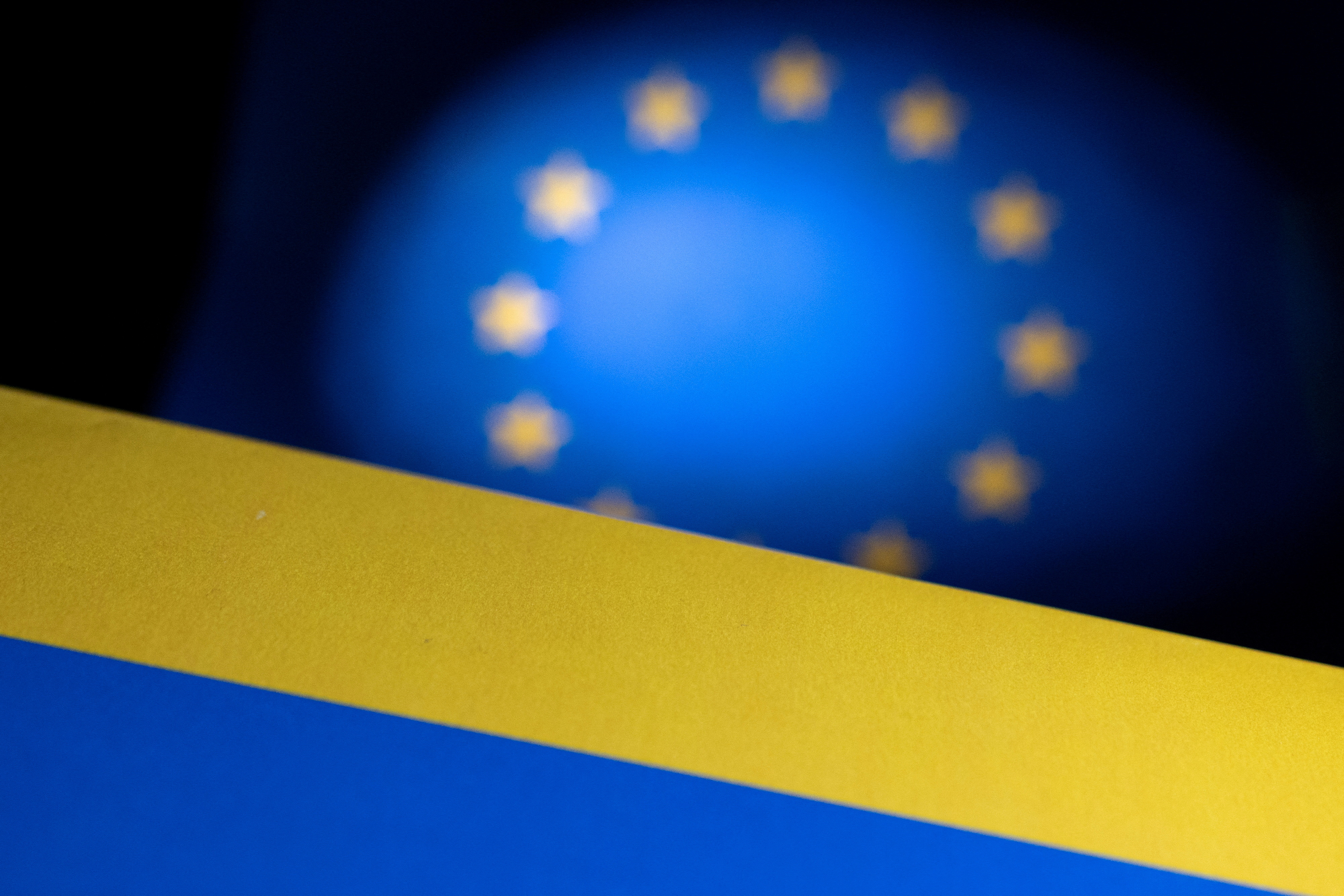 EU and Ukraine flags are seen in this illustration taken, June 23, 2022. REUTERS/Dado Ruvic/Illustrations