Listen to this article
2022-12-13T15:51:19Z
President Roberta Metsola said on Tuesday (December 13) that her institution would “leave no stone unturned” in its effort to tackle corruption. The comment came after the European Parliament’s political groups voted to strip Eva Kaili of her role as vice president over a major corruption scandal, just as her lawyer said she denied any wrongdoing in her first public comment on the case. 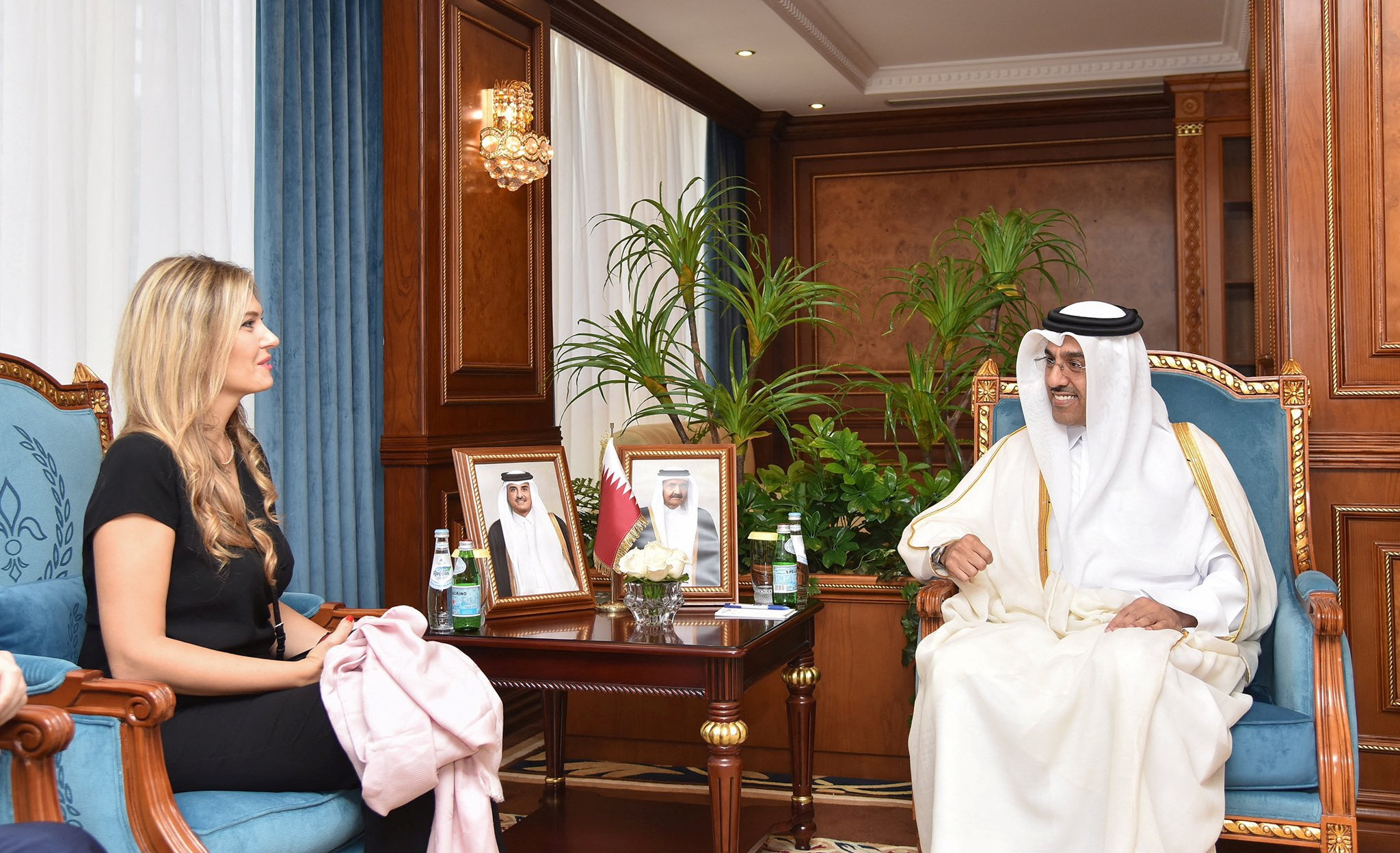 Ali bin Samikh Al Marri, Qatar’s minister of labour, speaks with Greece’s Eva Kaili, vice president of the European Parliament, during a meeting in Qatar, October 31, 2022 in this social media handout image. Twitter/Ministry of Labour – State of Qatar via REUTERS

The European Parliament removed Greek MEP Eva Kaili as a vice president of the assembly on Tuesday after she was accused of accepting bribes from Qatar in one of the biggest graft scandals to hit Brussels.

Kaili has denied any wrongdoing, but European lawmakers have moved rapidly to isolate her, worrying that the Belgian investigation will badly dent the assembly’s efforts to present itself as a sound moral compass in a troubled world.

“There will be no sweeping under the carpet. Our internal investigation will look at what has happened and how our systems can be made more watertight,” European Parliament President Roberta Metsola said as 625 MEPs voted to deprive Kaili of her VP role, with only one voting against and two abstaining.

Kaili, who is in police detention, was one of 14 vice presidents in the parliament.

Belgian prosecutors charged her and three Italians at the weekend of taking part in a criminal organisation, money laundering and corruption.

A source close to the investigation has said they are believed to have pocketed money from World Cup host Qatar. The Gulf state has denied any wrong doing.

Police have raided numerous buildings in Brussels, including parliament offices and 19 homes, discovering around 1.5 million euros ($1.58 million), some of it stashed in a suitcase in a hotel room, a source close to the investigation said.

Kaili’s lawyer in Greece, Michalis Dimitrakopoulos, said on Tuesday that she was innocent. “She has nothing to do with financing from Qatar, nothing, explicitly and unequivocally,” he told Open TV in a first public comment.

“Given the extent of the corruption scandal, it is the least we could expect of her,” said MEP Manon Aubry, who co-chairs the Left group.

Countries which have faced criticism from the assembly said it had lost the moral high ground.

“From now on the European Parliament will not be able to speak about corruption in a credible manner,” Hungary Foreign Minister Peter Szijjarto wrote on Facebook.

Belgian prosecutors said they had suspected for more than four months that a Gulf state was trying to buy influence in Brussels. Although no state was publicly named by prosecutors, a source with knowledge of the case said it was Qatar.

None of the four people charged have been formally identified, but their names were rapidly leaked to the press.

According to a source familiar with the case, the other accused are former EU lawmaker Pier Antonio Panzeri, Kaili’s partner Francesco Giorgi, who is a parliamentary assistant, and Niccolo Figa-Talamanca, secretary-general of a human rights campaign group.

There were no replies to calls and emails made by Reuters to their respective offices or homes.

Kaili was among a stable of young aspiring Greek politicians who emerged in the debilitating debt crisis which swept Greece from 2010 to 2015. The Greek socialist PASOK party has said it will expel her from its ranks.

In a speech in the European Parliament on Nov. 21, at the start of the month-long World Cup, she lashed out at Qatar’s detractors and hailed the energy-rich Gulf state as “a frontrunner in labour rights.”

Qatar has faced fierce criticism of its human rights record in the run up to the World Cup, including its treatment of migrant workers.