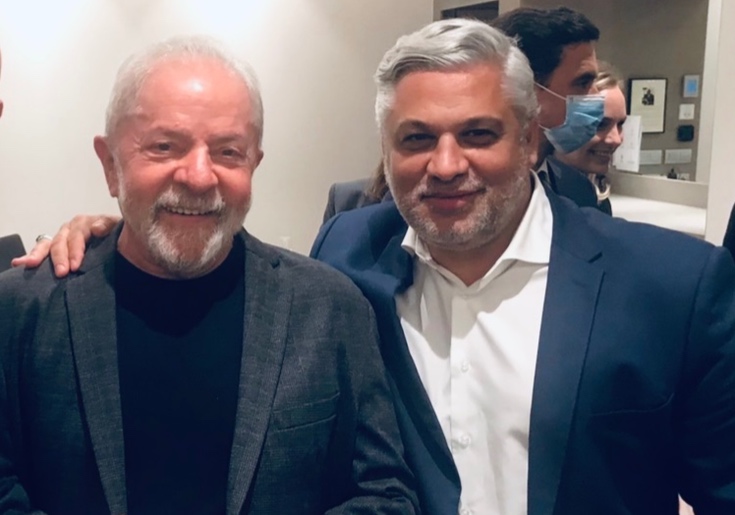 A contributor to the Quincy Institute for Responsible Statecraft’s flagship website was suspended in late December from an advisory role at the European Parliament amid allegations he was working as an unregistered operative for Qatar and Morocco.

Eldar Mamedov, who has authored more than 50 op-eds for the isolationist think tank bankrolled by billionaires George Soros and Charles Koch, was referred to Belgian authorities as part of an investigation into foreign influence peddling, according to Politico. Mamedov’s suspected role in the operation is raising questions about how he used his perch at Quincy to advocate in favor of increased ties with Iran—one of Qatar’s closest regional allies.

But the allegations against Mamedov could explain why he used his perch at Quincy to push for increased relations with Tehran. While he hasn’t written there about Morocco or Qatar specifically, he has used his position to press issues important to the latter. Mamedov’s writing focused on opening relations with Iran and reentering the 2015 nuclear accord, which also is a chief priority for the Quincy Institute. In October, for instance, Mamedov argued the anti-regime protests erupting across Iran “make restoring the [nuclear deal] more urgent than ever.” In August, he advocated the United States take “a more nuanced view of Iran.” A new nuclear deal with Iran would boost Qatar’s clout in the region and enable it to continue doing business with the country’s hardline regime.

While the Quincy Institute bills itself as immune to the whims of a “narrow elite in Washington,” it has struggled to beat back accusations that some of its scholars are doing the bidding of America’s adversaries. Quincy executive vice president Trita Parsi, for instance, has long been dogged by accusations he served as an unregistered lobbyist for the Iranian regime. And Quincy Institute fellow Amir Handjani, formerly a registered foreign agent for Saudi Arabia’s state-owned Public Investment Fund, is alleged to have played a central role in a hack-and-leak operation funded by a wealthy kingdom in the United Arab Emirates.

“It’s bad enough that Quincy peddles dictator-friendly ideas. But it’s even worse that it does so with people who appear to be mired in conflicts of interest, commercial ties with tyrannical regimes, and in one case alleged to be connected to a major bribery scandal,” Kaveh Shahrooz, an Iranian dissident and Toronto-based senior fellow at the Macdonald-Laurier Institute, told the Washington Free Beacon. “This think tank and its views ought to be ignored by every decent person.”

Quincy, in its policy mission, decries the “influence of the ‘military industrial complex’” and says that America’s foreign policy positions “should not be driven by the preferences of a narrow elite in Washington.” It routinely positions itself as a voice untouched by the foreign money campaigns that plague many Washington, D.C., institutes.

The Quincy Institute did not respond to a Free Beacon request for comment.

The Mamedov scandal has increased scrutiny on the think tank and its associates.

In addition to housing Parsi and Handjani, the Quincy Institute recently brought aboard Blaise Malley, the son of U.S. Iran envoy Robert Malley, who is leading negotiations with Iran surrounding a revamped nuclear deal.

Blaise Malley lists himself as a reporter for the Quincy Institute as of December 2022 and now works under Parsi—one of the most vocal supporters of a new nuclear deal. Malley has already written about Middle Eastern issues that intersect with his father’s work. This has drawn further accusations of ethical impropriety at the think tank.

“Rob Malley’s son Blaise writes for Quincy to promote Rob’s policy,” wrote Xiyue Wang, a former U.S. hostage in Iran who now works on Capitol Hill. “Is it ethical for a senior [U.S. government] official to have his direct relative work in a think tank promoting his policy??”

A State Department official told the Free Beacon it has no issue with the younger Malley’s work, saying, “Private citizens are entitled to their own beliefs and their own views on U.S. policy.”