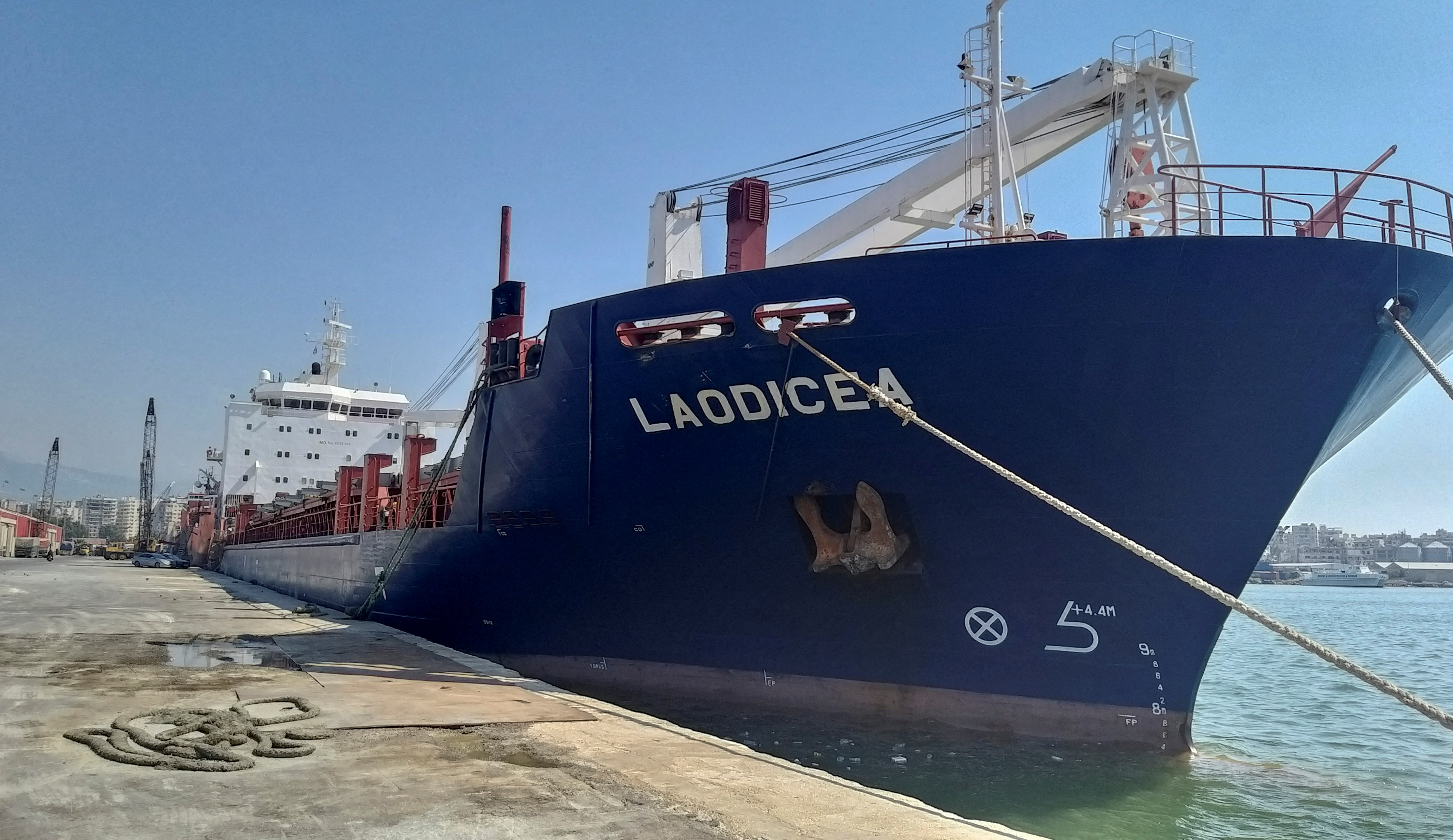 Using a low-profile fleet of ships under U.S. sanctions, Syria has this year sharply increased wheat imports from the Black Sea peninsula of Crimea that Russia annexed from Ukraine, a sign of tightening economic ties between two allies shunned by the West.

Wheat sent to Syria from the Black Sea port of Sevastopol in Crimea increased 17-fold this year to just over 500,000 tonnes, previously unreported Refinitiv shipping data shows, to make up nearly a third of the country’s total imports of the grain.

With sanctions making it more complicated for Syria and Russia to trade using mainstream sea transport and marine insurance, the two countries are increasingly relying on their own ships to move the grain, including three Syrian vessels that are subject to sanctions imposed by Washington, the data shows.

Russia annexed Crimea in 2014. Russian forces invaded more of Ukraine on Feb. 24 and despite military setbacks they still control a swathe of the country’s agricultural heartlands of Kherson and Zaporizhzhia.

Both Ukraine and the Russia-installed authorities agree that some grain has been exported from occupied Zaporizhzhia via Crimea. Ukraine though says grain was stolen by the occupiers, a charge Russia denies.

Ukraine says at least a part of the grain that passed through Sevastopol was taken from Ukrainian territories after Russia invaded. Ukraine’s embassy in Beirut, which has been tracking shipments coming to Syria, estimates that 500,000 tonnes of what it calls plundered Ukrainian grain has arrived in Syria since the invasion, shipped from several ports.

The embassy said these calculations and Ukrainian authorities’ allegation that grain was stolen was based on information from field and silo owners in occupied territories, satellite data of truck movements to ports and the tracking of ships.

Russia’s agriculture and foreign ministries did not immediately respond to requests for comment for this story. In May, Kremlin spokesman Dmitry Peskov described as “fake” the allegations Russia has stolen grain during what it calls its special military operation in Ukraine.

Reuters could not independently verify the origin of the wheat being shipped from Crimea or whether the farmers and traders who handled it were paid.

Yevgeny Balitsky, the Moscow-appointed governor of the Russian-occupied part of the Zaporizhzhia region said in June that Crimean ports had been used to export grain from Zaporizhzhia. However, he said farmers would be paid via a company set up by his administration, Russia’s Interfax news agency reported.

Additionally, Crimea’s Russia-installed administration said 1.4 million tonnes of wheat by bunker weight were harvested from Crimea’s own fields, in comments on social media in August.

Ukraine disputes these figures, saying Crimea does not produce nearly that much.

“The so-called ‘Crimean harvest’ includes grain exported from the territory of mainland Ukraine,” the Ukrainian agriculture ministry said in a statement in response to Reuters’ questions.

Prior to the current war, Syria had imported grain from Crimea on previous occasions since Russia took control of the peninsula, Reuters reported.

According to the Refinitiv data, Syria imported about 501,800 tonnes of wheat from Sevastopol this year until the end of November, up from about 28,200 tonnes in the whole of 2021.

Shipments picked up from May onwards with the largest monthly consignment of 78,600 tonnes in October, according to the data, which is collated from port inspection reports provided by port operators.

Increasingly, Syria is relying on a fleet of its own cargo ships or Russian-flagged ships to bring in food via government-to-government deals that eschew the usual tender and charter process for moving commodities by sea.

Analysis from maritime and commodities data platform Shipfix showed the number of cargo orders – global requests for available ships to transport grains – to Syria fell by two thirds to 54 in the year to Nov. 30 versus the whole of 2021.

Instead, the wheat cargoes are typically moving to Syria’s Latakia and Tartus ports on three Syrian ships, according to two grain trade sources familiar with the journey, the Ukrainian embassy in Beirut, other Ukrainian diplomats, and an analysis from Shipfix.

The ships – the Laodicea, the Finikia and the Souria – are owned by the state-owned Syrian General Authority for Maritime Transport, according to Equasis and the U.S. Treasury. All three have been sanctioned since 2015 by the United States for their alleged role in the conflict in Syria over the last decade.

Ships that have been designated are typically less well maintained and older due to prohibitions on accessing top tier insurance and certification services. They are able to operate more easily between countries also under sanctions, a possible explanation for the rising trade between the two allies.

Russia has repeatedly complained that the sanctions imposed on it this year have limited its ability to ship grains to countries across Africa and the Arab world that rely on its produce to feed their people.

The thicket of Western sanctions on Syria and Russia don’t formally target food but can in practice complicate such trade, in part because they make it difficult for some grain-trading houses to do business with them, especially due to financing constraints.

Syrian maritime authorities did not respond to Reuters requests for comment about the vessels.

Some shipments also arrived on Russian-flagged vessels, including the Mikhail Nenashev, Matros Pozynich and Matros Koshka, which Equasis, a shipping database, shows are owned by a subsidiary of a Russian state-owned company called United Shipbuilding Corporation.

Washington, the European Union and Britain imposed sanctions on the United Shipbuilding Corporation in April after the Russian invasion.

United Shipbuilding Corporation did not respond to a request for comment.

Syrian President Bashar al-Assad’s government began to rely on grain imports when the country’s civil war dealt a blow to domestic harvests that once produced enough for the country’s staple of subsidised flat bread as well as surpluses for export. More recently, drought has made the crop even smaller.

Russia has backed Syria’s government for decades and since 2015 helped Assad’s troops recapture most of the country from opposition fighters.

The sanctions and more than a decade of conflict mean Syria is also short of cash, potentially making Russia’s relatively cheaper wheat attractive.

During a visit to Crimea in January, Syria’s economy minister said his country needed 1.5 million tonnes of wheat imports, with Russia providing the majority.

Actual imports will be close to that, according to one trade source familiar with Syria’s grain purchases who said the harvest this year was the worst in Syria’s history.

Refinitiv data shows all but a fraction of the imports were from Russia and territory it controls, unlike previous years, when Syria augmented supplies with purchases from other countries including Romania.

The first grain trade source said at least one million tonnes of grain imports from Russia during 2021 and 2022 had been financed through a line of credit extended by Moscow to Damascus. Last year, Russia’s deputy prime minister said Moscow had provided a loan to Syria in part for food.

Syrian government officials and the state grains agency Hoboob did not respond to requests for information for this story. Russian authorities have not disclosed grain supplies to Syria for a number of years.