KYIV (Reuters) – The Ukrainian port of Odesa was not operating on Sunday after the latest Russian attack on the region’s energy system, Agriculture Minister Mykola Solsky said, but added that grains traders were not expected to suspend exports. 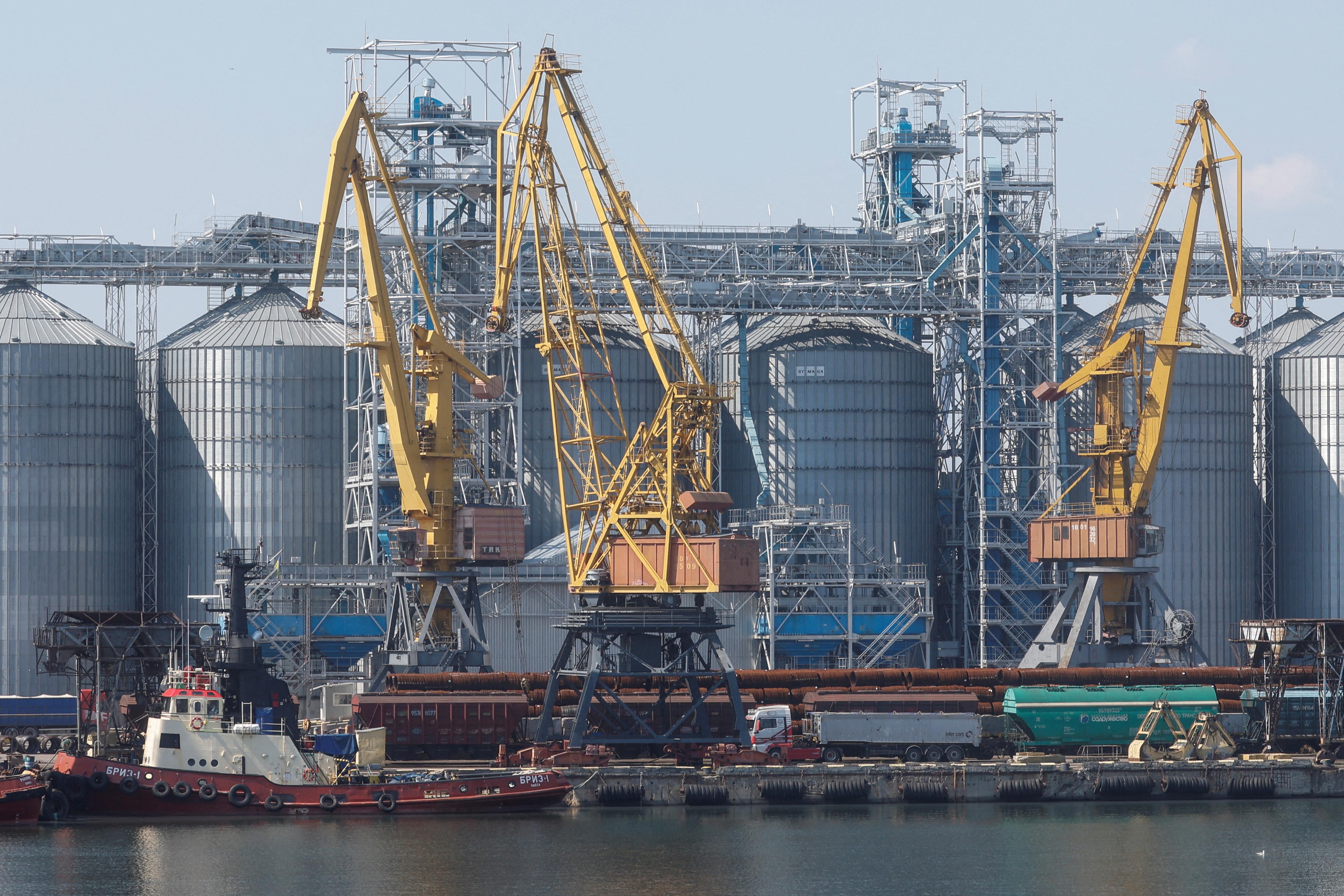 Two other ports – Chornomorsk and Pivdennyi – authorised to export grains from Ukraine under a deal between Russia and Ukraine were partially operating, he said.

“Chornomorsk port is now operating at about 80% of capacity,” Solsky told Reuters in a phone call.

Solsky said that Odesa port was not operating at the moment because the power generators had not been switched on yet. Grains traders continued to ship grains via the two other ports, he said.

“There are problems, but none of the traders are talking about any suspension of shipments. Ports use alternative energy sources,” Solsky said.

Since October, Moscow has been targeting Ukraine’s energy infrastructure with large waves of missile and drone strikes.

Odesa regional authorities said electricity for the city’s population will be restored “in the coming days,” while complete restoration of the networks may take two to three months.

“The situation is difficult to predict because we are dealing with an enemy for whom there are no principles,” the Ukrainian infrastructure ministry quoted Oleksiy Vostrikov, the head of Ukraine’s state seaport authority, as saying.

“As for exports, Russia has already slowed them down by creating problems with inspections in the Bosporus, and the lack of energy supply will certainly slow them down even more,” Vostrikov said.

Ukraine is among the world’s largest producers and exporters of corn and wheat but its exports have fallen significantly due to the Russian invasion.

After an almost six-month blockade caused by the invasion, the three Black Sea ports in the Odesa region were unblocked at the end of July under the deal between Moscow and Kyiv brokered by the United Nations and Turkey.

Kyiv had sought to have the agreement expanded to include more ports, but that has not been concluded so far.

The three ports involved in the deal – Odesa, Chornomorsk and Pivdennyi – have the combined capacity to ship around three million tonnes of grains a month.

Ukraine wanted to include the ports of the southern Mykolaiv region, which shipped 35% of Ukrainian food exports before Russia’s invasion.

Mykolaiv was Ukraine’s second-largest grain terminal according to 2021 shipment data, so its addition would allow for a much larger volume of grains and oilseeds to be exported.

Grain exports from Ukraine in the first eight days of December fell 47.6% from a year earlier to 1.09 million tonnes, agriculture ministry data showed.