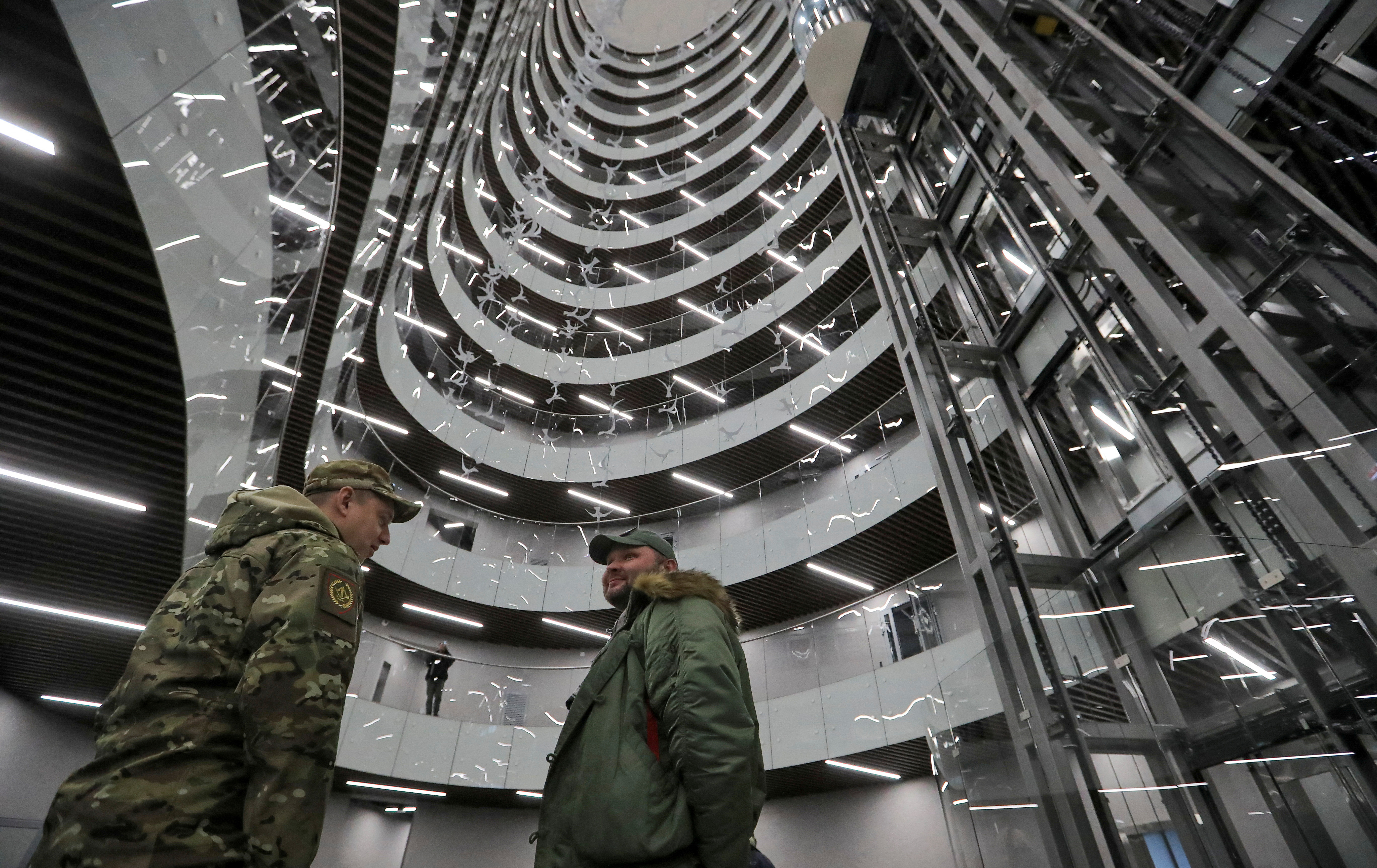 An interior view shows PMC Wagner Centre, which is a project implemented by the businessman and founder of the Wagner private military group Yevgeny Prigozhin, during the official opening of the office block in Saint Petersburg, Russia, November 4, 2022. REUTERS/Igor Russak/File Photo

The private Russian military company, the Wagner Group, took delivery of an arms shipment from North Korea to help bolster Russian forces in Ukraine, a sign of the group’s expanding role in that conflict, a senior administration official said on Thursday.

“We can confirm that North Korea has completed an initial arms delivery to Wagner, which paid for the equipment. Last month, North Korea delivered infantry rockets and missiles into Russia for use by Wagner,” the official said, speaking to Reuters on condition of anonymity.

The U.S. assessment, based on intelligence to be unveiled publicly on Thursday, is that the amount of material delivered by North Korea will not change battlefield dynamics in Ukraine, “but we are concerned that North Korea is planning to deliver more military equipment to Wagner,” the official said.

The official said Russian President Vladimir Putin has increasingly turned to the Wagner Group, owned by his ally Yevgeny Prigozhin, for help in Ukraine, where Russian forces have stumbled in their bid to topple the Kyiv government.

The Biden administration on Wednesday unveiled new curbs on technology exports to the Wagner Group in a bid to further choke off supplies to the contractor.

More sanctions are coming in the weeks ahead against the Russian company and its support group in countries around the world, the official said.

The official, speaking on condition of anonymity, said Russian businessman Prigozhin is spending more than $100 million per month to fund Wagner’s operations in Ukraine, but has encountered problems recruiting Russians to fight there.

The United States estimates that Wagner has 50,000 personnel deployed in Ukraine, including 10,000 contractors and 40,000 convicts recruited from Russian prisons, the official said.

The Wagner Group, staffed by veterans of the Russian armed forces, has fought in Libya, Syria, the Central African Republic and Mali, among other countries.

U.S. intelligence indicates that Wagner has played a major role in the battle for the Ukrainian city of Bakhmut and has suffered heavy casualties there with about 1,000 Wagner fighters killed in recent weeks, most of them convicts, the official said.

Inside Russia, Prigozhin’s influence is expanding, and his group’s “independence from the Russian Defense Ministry has increased during the war in Ukraine,” the official said, without providing evidence.

“For months, the Russian military has been relying on Wagner to lead combat operations in parts of the Donbas – and in certain instances, Russian military officials are actually subordinate to Wagner’s command,” the official said.

In addition, Prigozhin has criticized Russian generals and defense officials for their performance in Ukraine.

“It is apparent that Wagner is emerging as a rival power center to the Russian military and other Russian ministries,” the official said.