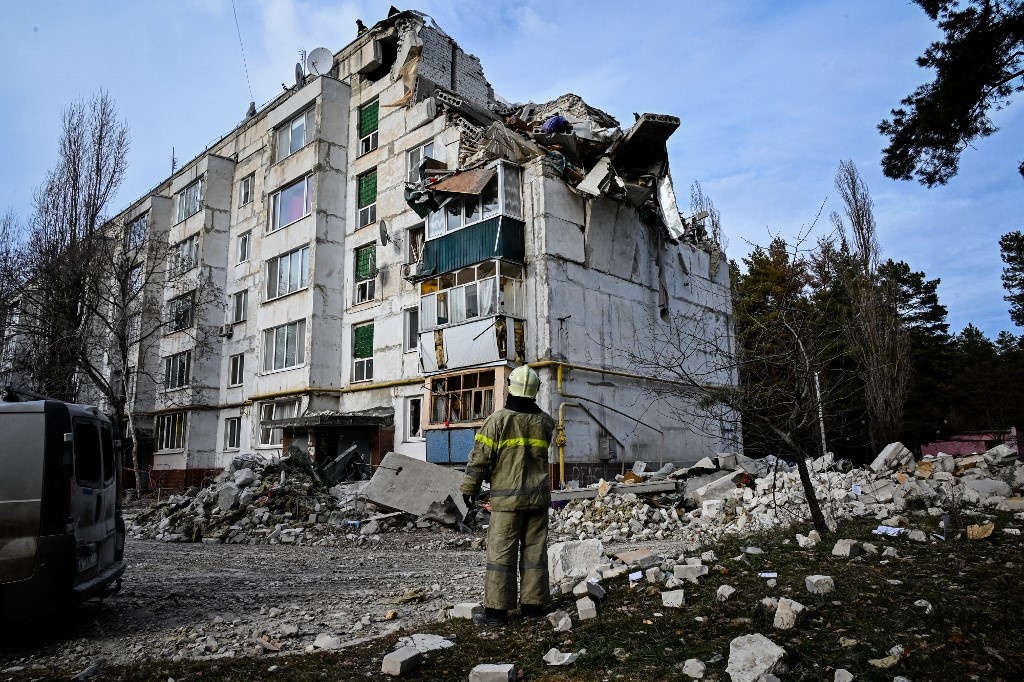 In what is now a darkly familiar scenario, Ukraine is racing to fix the damage caused by a mass missile strike from Russia targeting the country’s already battered energy infrastructure.

The latest wave came on Tuesday afternoon after days of warnings from the Ukrainian government that a big attack was imminent.

How big was the attack?

According to the Ukrainian air force, more than 70 missiles were launched, a massive attack but smaller than those in November when Russia fired around 100.

How many were shot down?

We don’t have exact numbers right now, but Ukrainian authorities said “more than 60” were destroyed by air defences, though enough made it through to cause significant damage.

Fresh power cuts were announced in all regions “due to the consequences of shelling,” national electricity provider Ukrenergo said on Telegram, and the company’s head said he had “no doubt that Russian military consulted with Russian power engineers during this attack”, judging by where the missiles landed.

“The time that Russians chose for this attack was connected with their desire to inflict as much damage as possible,” Volodymyr Kudrytsky told a Ukrainian news programme, explaining the attacks were launched as the country enters a “peak frost” period.

“Our repairmen will be working on the energy system’s restoration.”

Nearly half of Ukraine’s energy system has already been damaged after months of strikes on power infrastructure, leaving people in the cold and dark for hours at a time as outdoor temperatures drop below zero degrees Celsius (32 degrees Fahrenheit).

Zelensky announced in his nightly address that four people were killed in the strikes but added that “our people never give up.”

Will Russia judge it a success?

Given the relatively long time Russia spent preparing for Monday’s attack, the Kremlin likely expected to cause far more damage.

While new power cuts were introduced, it failed to have as devastating an effect as its last attack in November which plunged large parts of the country into darkness for long periods and cut off water supplies in Kyiv.

Adding to Russia’s woes, it is reportedly running low on missiles, so would have been hoping to cause far more damage with what it has left.

Possibly – across the border in Russia’s Kursk Region, an airfield saw a “drone attack” in the early hours of Tuesday, Dec. 6, said local governor Roman Starovoyt, without specifying where the drone originated.

“As a result of a drone attack in the area of the Kursk airfield, an oil storage tank caught fire,” he said on social media, adding that there were no casualties.

Tuesday’s incident comes a day after Moscow accused its neighbour of carrying out deadly drone strikes on two other airfields.