The British arm of the Extinction Rebellion environmental group said on Sunday it would take a break from acts of public disruption in order to bring more people on board its campaign for urgent action to counter climate change.

In a statement entitled “We quit”, Extinction Rebellion UK said that in the four years it has been taking direct action, very little had changed, with emissions continuing to rise.

“As we ring in the new year, we make a controversial resolution to temporarily shift away from public disruption as a primary tactic,” the group said.

“What’s needed now most is to disrupt the abuse of power and imbalance, to bring about a transition to a fair society that works together to end the fossil fuel era. Our politicians, addicted to greed and bloated on profits, won’t do it without pressure.”

The group said it would focus on strengthening in number and bridge-building to increase its power and influence.

The government is in the process of passing a new law to make it harder for people to stage disruptive protests such as halting public transport networks or disrupting fuel supplies, giving the police greater powers to manage and prevent them.

Extinction Rebellion said it planned to surround the Houses of Parliament from April 21 with 100,000 people.

“This year, we prioritise attendance over arrest and relationships over roadblocks, as we stand together and become impossible to ignore,” it said. 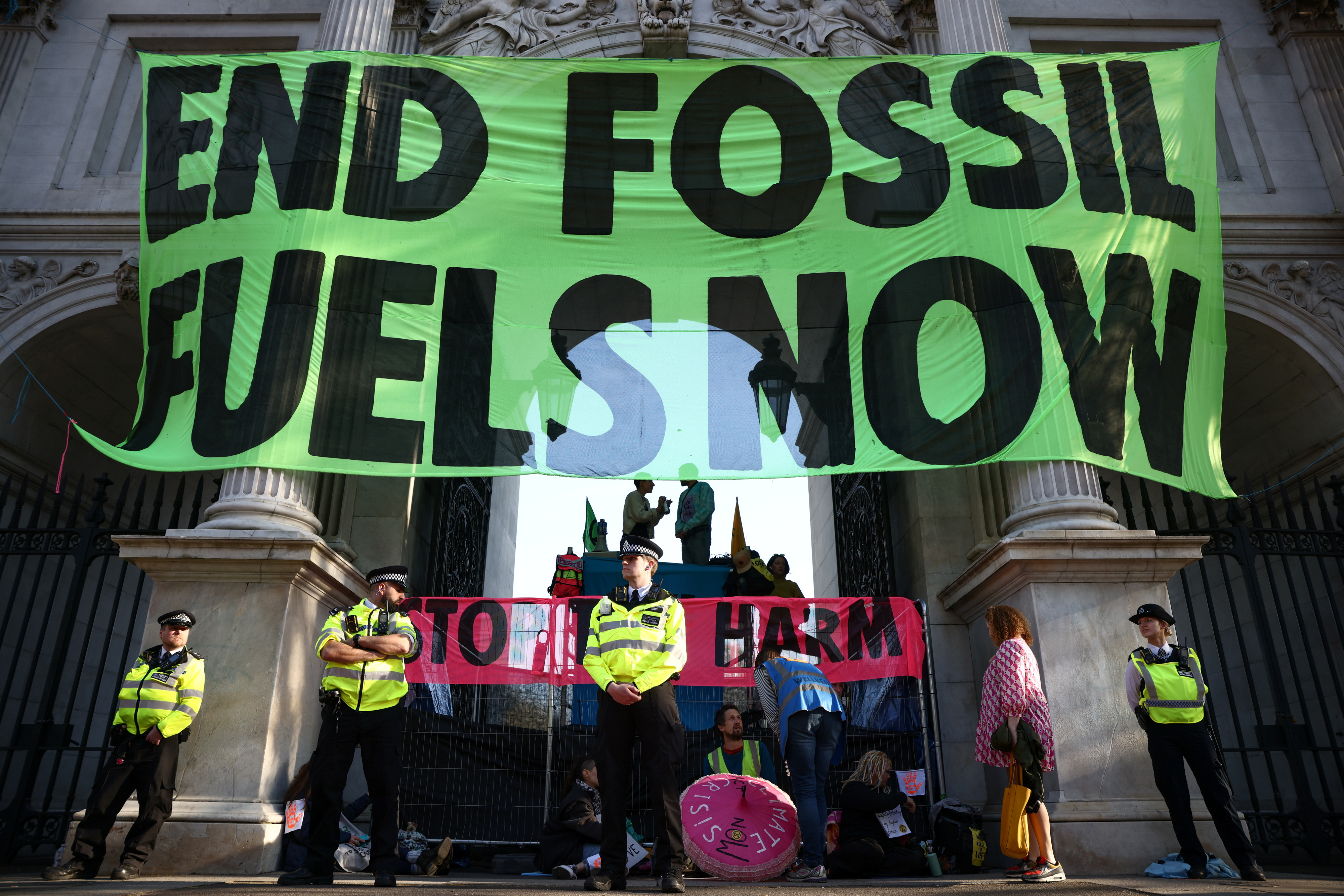 Activists from the Extinction Rebellion drape a banner across Marble Arch as part of a protest in central London, Britain, April 16, 2022. REUTERS/Henry Nicholls 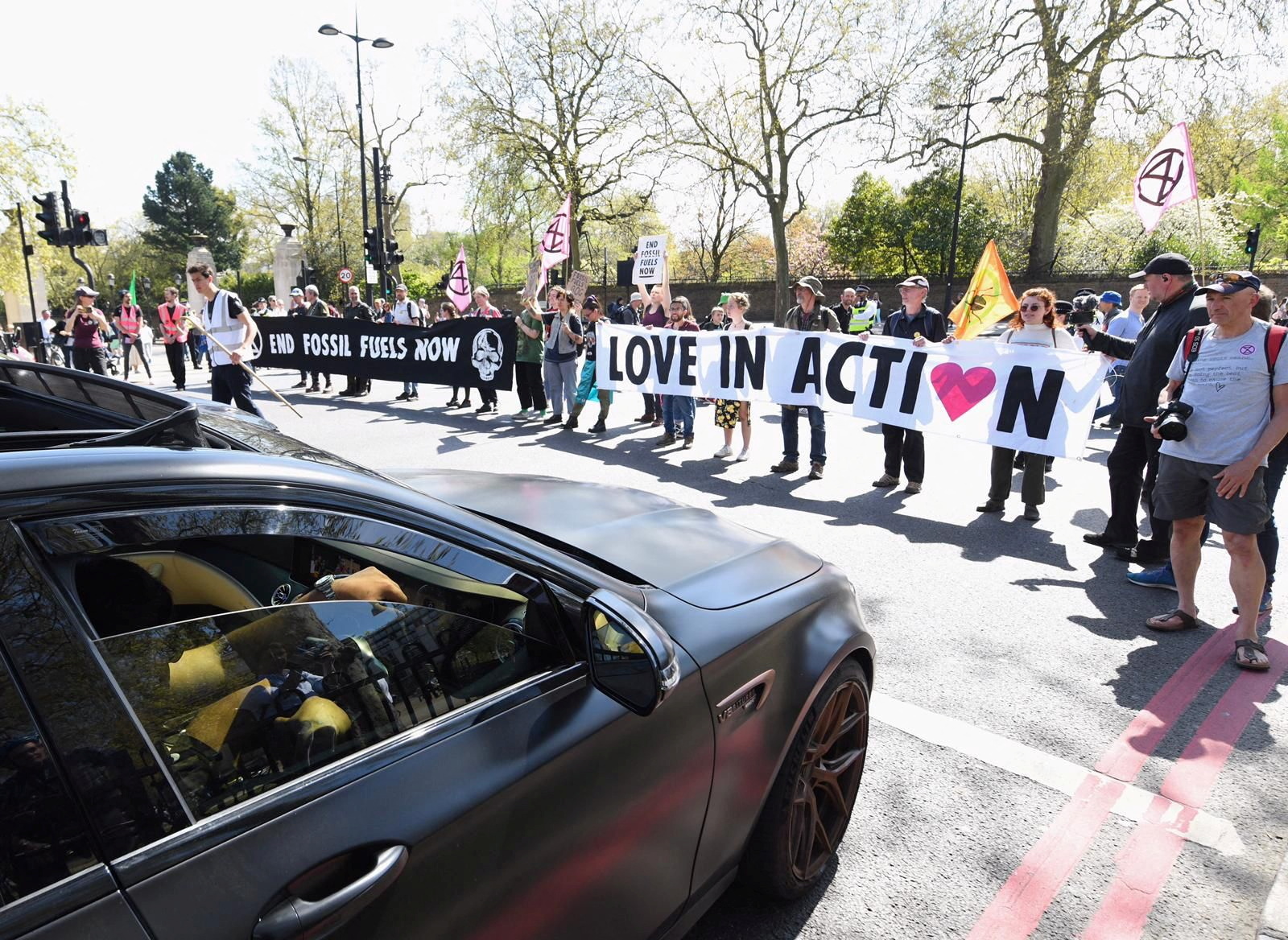