City officials and outreach workers across the United States were rushing to get people off the streets this week, turning sites such as libraries and arenas into shelters to mitigate a humanitarian crisis caused by freezing weather and an influx of migrants.

Chicago’s Department of Family and Support Services opened libraries and police stations as warming stations, while shelters in cities as far south as Baton Rouge, Louisiana, expanded hours and bed capacity as temperatures were expected to sink to the teens in Fahrenheit (below -10 degrees Celsius) on Friday night.

Officials in Denver, Colorado, where the temperature of minus 24 degrees Fahrenheit (-31 degrees Celsius) on Thursday became the second-coldest in the city’s history, opened the Coliseum as a shelter this week. Officials prepared the indoor arena to house 225 people but increased its capacity to 359 on Wednesday night.

Denver officials also opened the municipal Wellington Webb Building on Thursday night. The building is a workplace for more than 1,000 city employees and, according to the city’s emergency operations center, it is the first time it has been used as a shelter.

Cities across the United States have been struggling to address homelessness. A U.S. Department of Housing and Urban Development report this week showed nearly 600,000 people were homeless as of January 2022. The report found that homelessness among people in shelters declined by 1.6%, while unsheltered homelessness increased by 3.4%, compared to 2020.

“Severe weather exacerbates the cruel reality of homelessness in America,” said Donald Whitehead, executive director of the National Coalition for the Homeless.

In Hennepin County, Minnesota, where the National Weather Service said blizzard conditions and extreme cold through Saturday could be “life-threatening,” Director of housing stability David Hewitt said shelters or facilities such as hotel rooms were accommodating 242 families, compared to a typical capacity of 119 families.

Hewitt said there has been a surge in county shelter stays since a COVID-era eviction moratorium and federal emergency rental assistance programs ended in June.

“We literally have 300 more children in shelter today than we did this time last year,” he said.

Thousands of people trying to cross the U.S.-Mexico border daily have placed additional strain on cities in their path. Nearly 1,000 migrants were staying at Denver city shelters or partner shelters as of Thursday, according to a city statement.

In the Texas border city of El Paso, where temperatures were in the teens Fahrenheit on Friday morning, shelters were also feeling the combined strain of mass migration and a weather-induced need for housing.

“We have cold temperatures in conjunction with a large number of refugees,” John Martin, head of the Opportunity Center for the Homeless in El Paso, told CBS News, adding that local shelters expected a 50% to 60% uptick in need this week. “It just seems like everything’s hitting at once.”

Meanwhile, a blizzard was moving eastward across the Great Lakes region on Friday.

Central Iowa Shelter in Des Moines, where blizzard conditions were expected through Saturday, housed 250 people overnight in its 150-person capacity shelter this week, and would not turn anyone away, said director of marketing and business development Melissa Alto-Kintigh. Volunteers were still going into the community and urging people to seek shelter from the bitter cold.

“There’s enough space, although this does mean that some people sleep on the floors,” she said. 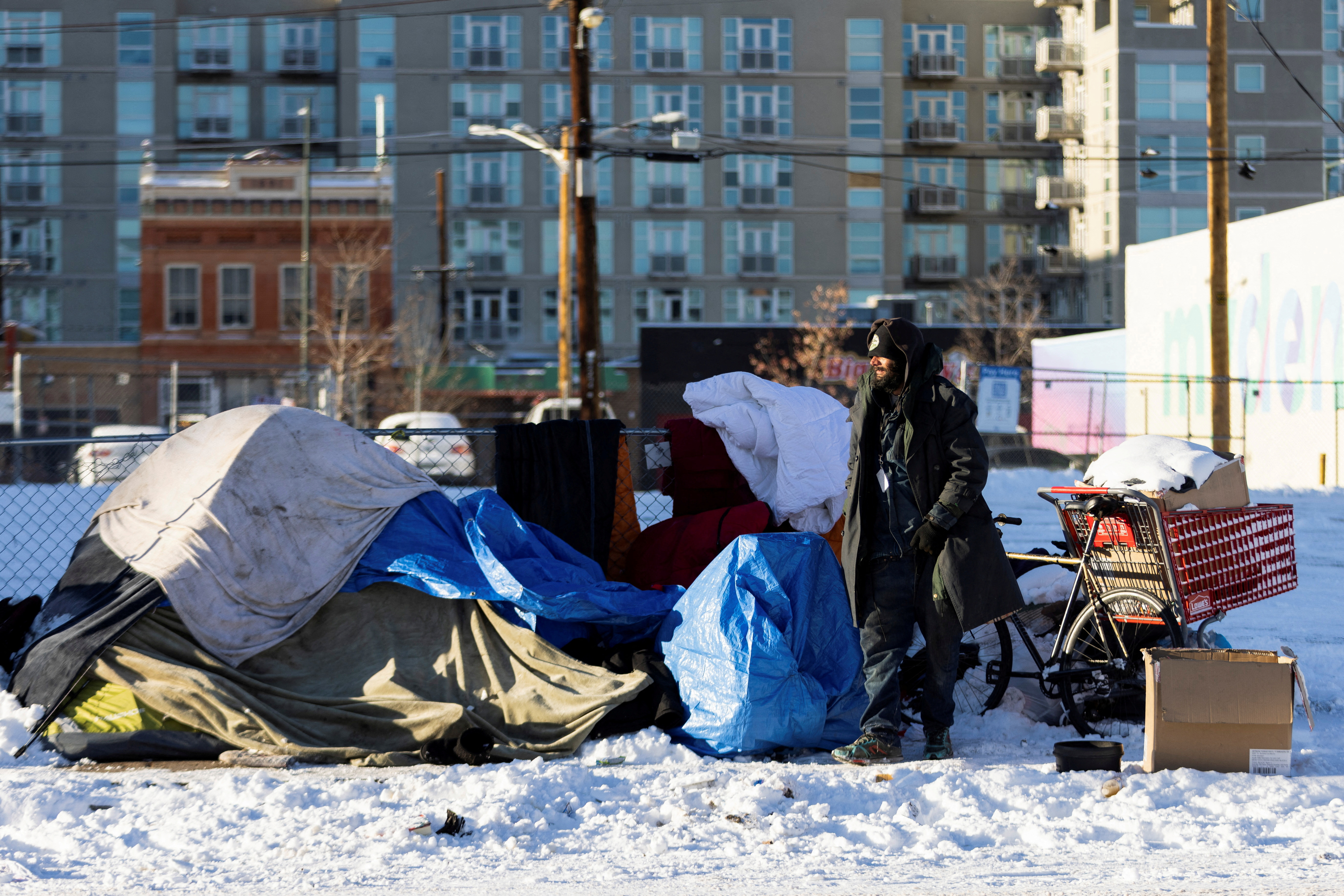 A man stands outside of his tent during a period of cold weather in Denver, Colorado, U.S. December 22, 2022. REUTERS/Alyson McClaran 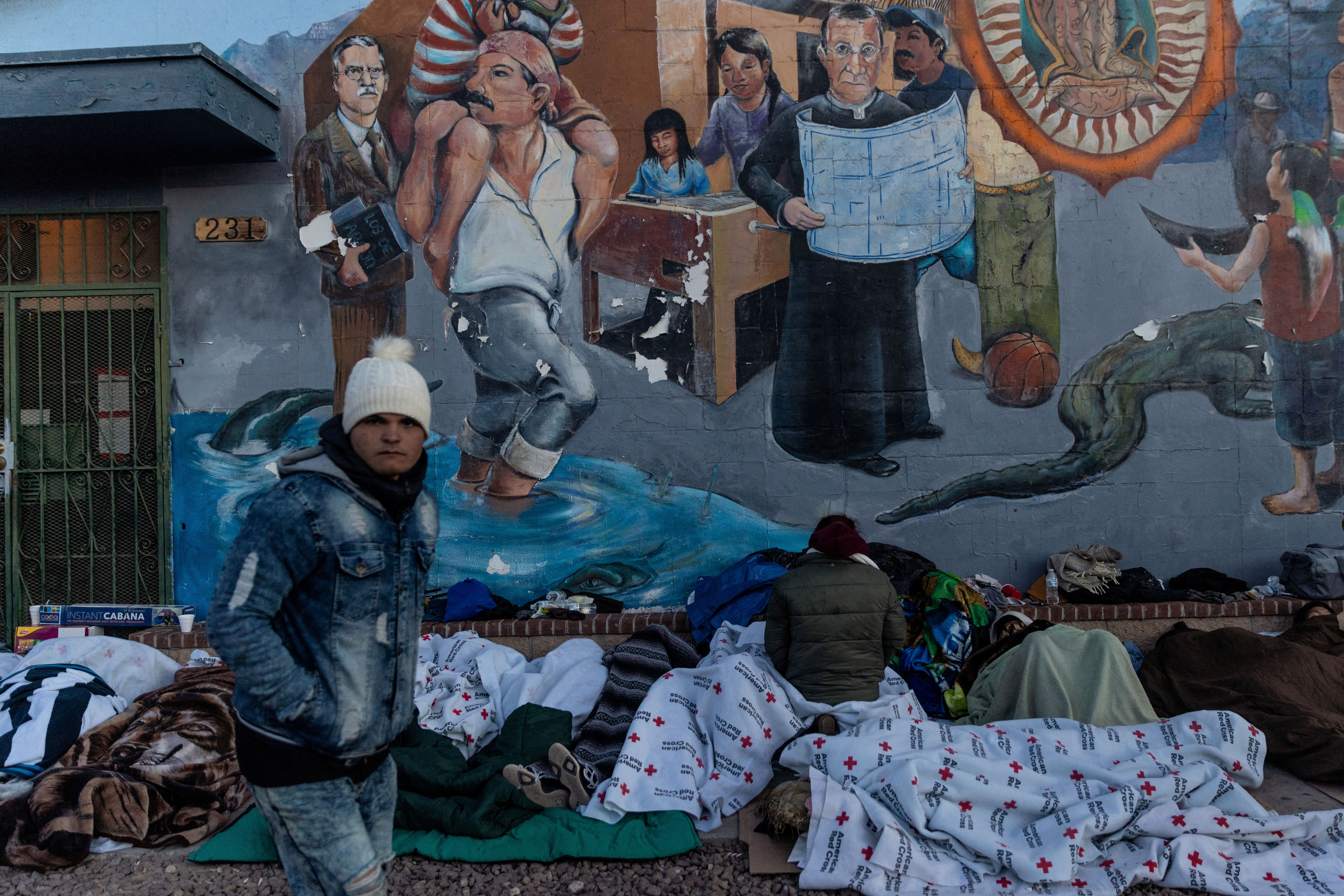 A migrant asylum seeker walks outside the Sacred Heart Church after being released from U.S. Customs and Border Protection (CBP) custody and spending the night on the street in El Paso, Texas, U.S., December 21, 2022. REUTERS/Carlos Barria 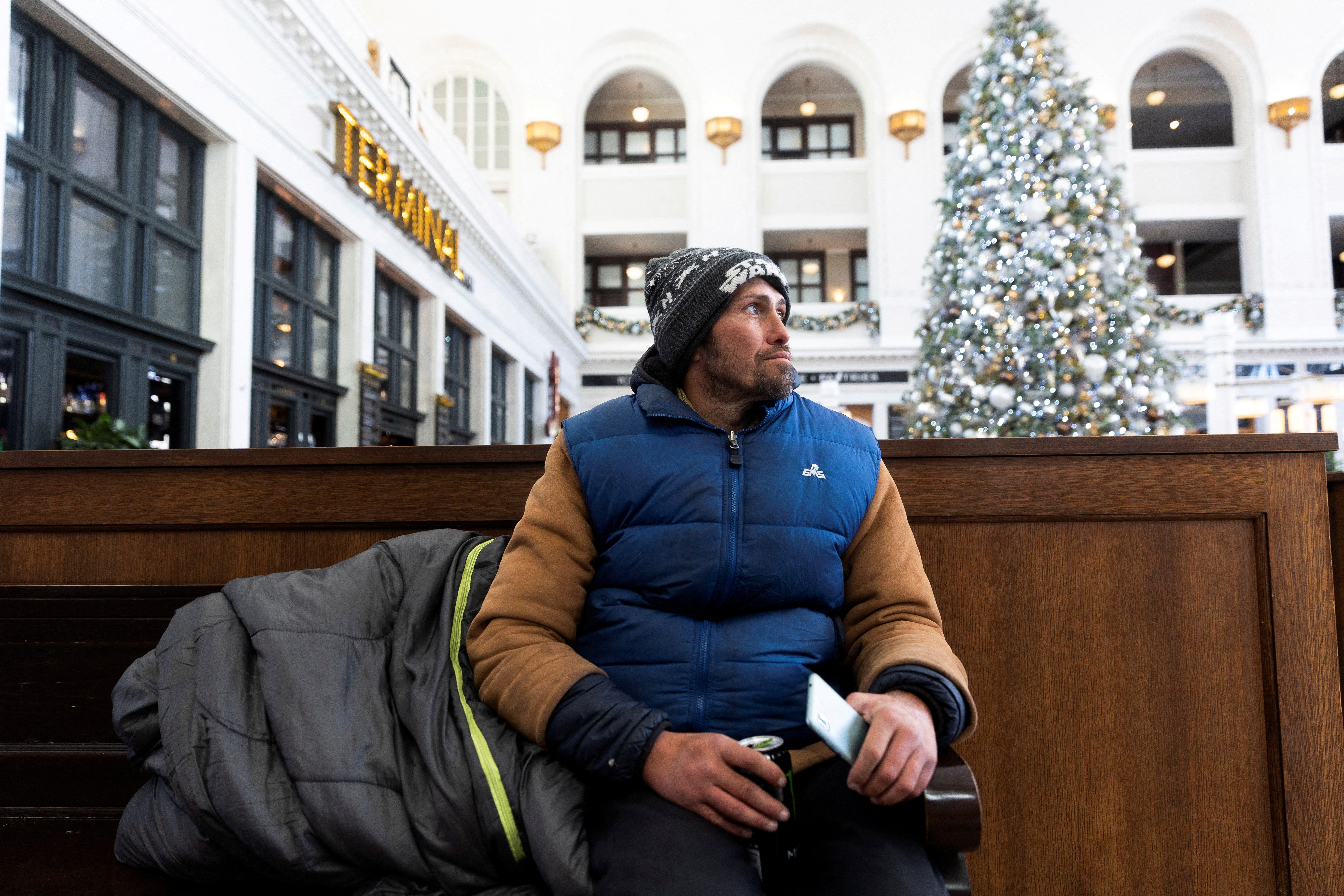 Beau Rickwire sits at Union Station to warm up during a period of cold weather in Denver, Colorado, U.S. December 22, 2022. Rickwire has been homeless for five years. REUTERS/Alyson McClaran 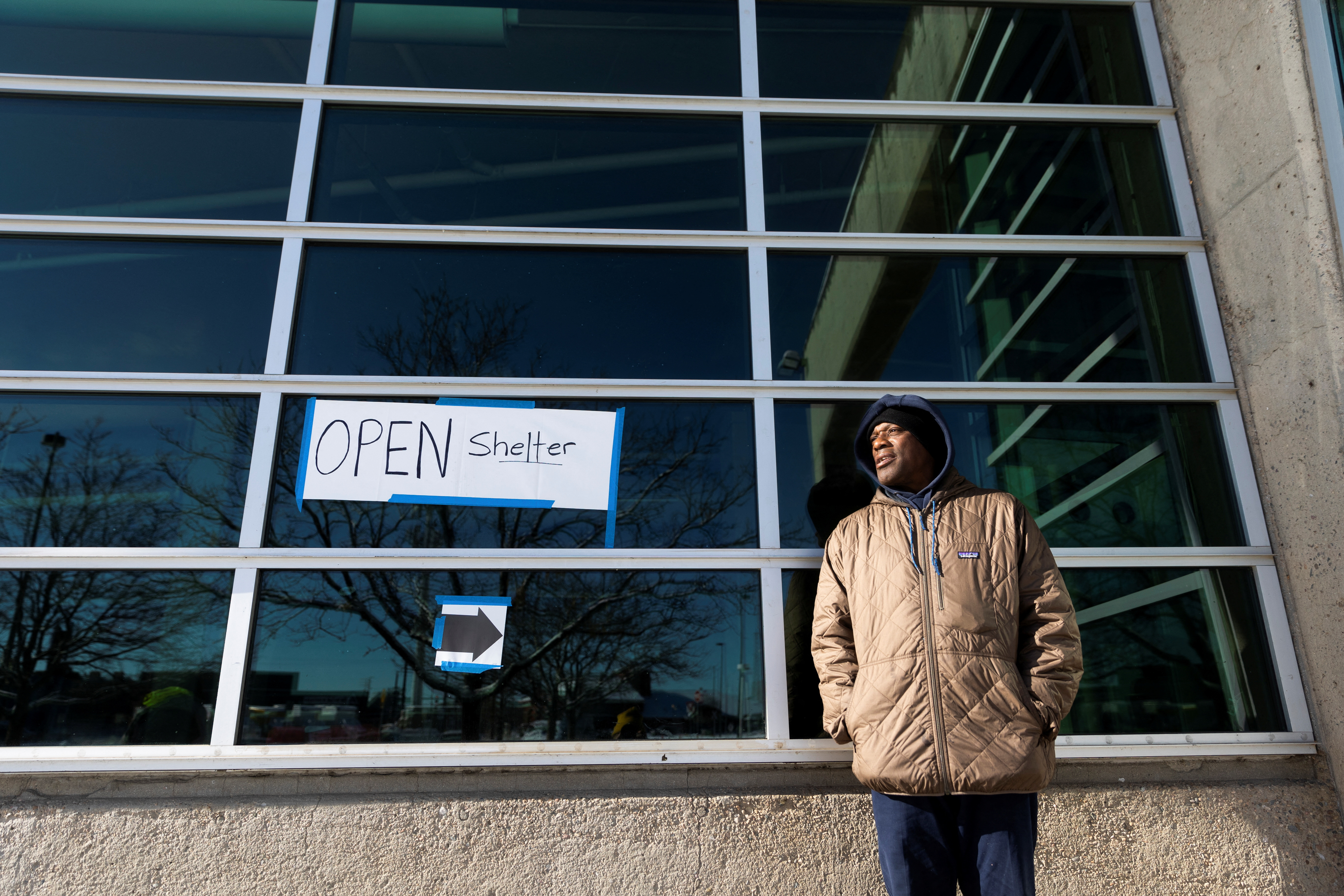 Laphonse McMillan stands outside of the Denver Coliseum during a period of cold weather in Denver, Colorado, U.S. December 22, 2022. The Coliseum opened its doors Wednesday afternoon to provide a warm shelter for the homeless. REUTERS/Alyson McClaran
获取更多RSS：
https://feedx.net
https://feedx.best