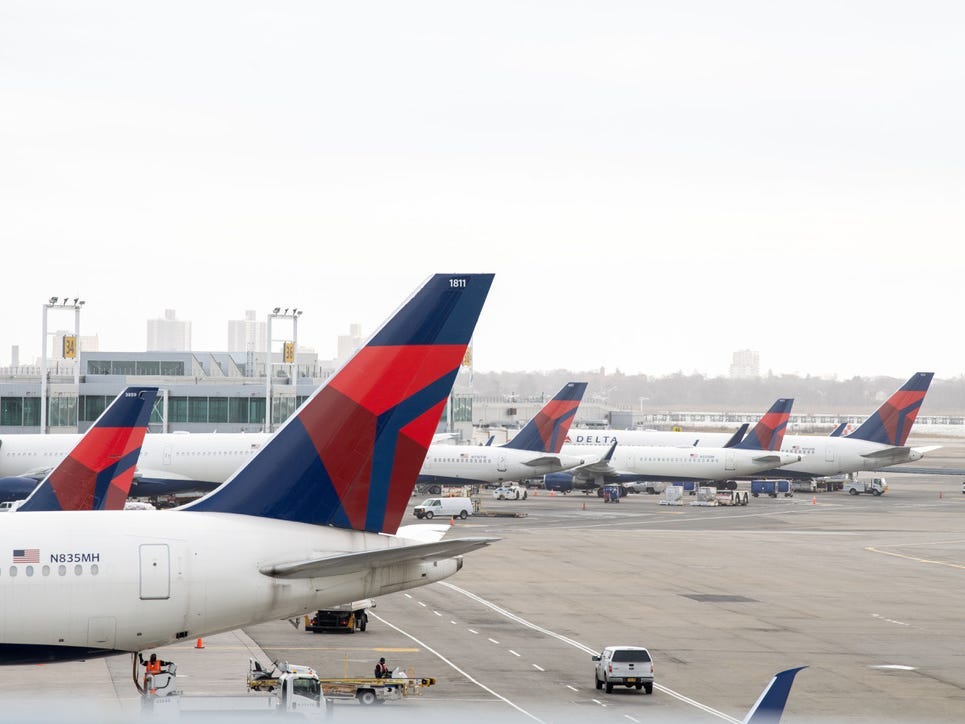 Two federal agencies are looking into a near-collision between aircrafts at New York’s biggest airport.

On Friday, a Delta Air Lines Boeing 737 was rolling at 115 mph down the runway when it abruptly stopped to avoid colliding with an American Airlines Boeing 777.

The FAA confirmed to Insider on Monday that it is investigating the incident. The National Transportation Safety Board will also conduct an investigation.

The event occurred at New York’s John F. Kennedy International Airport after what looks like a misstep by the American Airlines crew.

According to public air traffic control recordings, the Delta plane, which was headed for the Dominican Republic, was given clearance for takeoff on Runway 4L.

However, the American pilots, who were bound for London, taxied across the active runway without authorization from ATC just as the Delta plane was taking off, resulting in a near-accident. The event is known as a “runway incursion,” according to the NTSB.

“The safety of our customers and team members is our top priority,” American told Insider. “We are conducting a full internal review and cooperating with the National Transportation Safety Board in their investigation.”

A runway incursion, which means an aircraft is incorrectly situated on a runway, is “very uncommon” in the US, former TSA and American spokesperson Ross Feinstein told The New York Times, but they can be deadly.

The airline industry’s worst crash in history was in 1977 when two Boeing 747s collided on the runway in Tenerife, Spain. One jet was taking off without ATC clearance while the other was still taxiing off the same runway, resulting in the accident — similar to Friday’s incident.

Fortunately, the planes at JFK were saved when an air traffic controller noticed the two on a collision course and quickly reacted, commanding the Delta aircraft to immediately abort its takeoff.

The plane, which had 145 passengers and six crew members onboard, came within “approximately 1,000 feet” of where the American aircraft was crossing the runway, the FAA said.

The agency told Insider that New York-JFK has a “system that alerts air traffic controllers of potential runway conflicts by providing detailed coverage of movement on runways and taxiways.” This technology was absent from Tenerife.

According to Delta passenger Donall Brian Healy, there were “vocal reactions” and “a few screams” when the plane suddenly stopped, saying everyone was thrust forward.

“The safety of our customers and crew is always Delta’s number-one priority,” the airline told Insider. “Delta will work with and assist aviation authorities on a full review of flight 1943 on Jan. 13 regarding an aborted takeoff procedure at New York-JFK.”