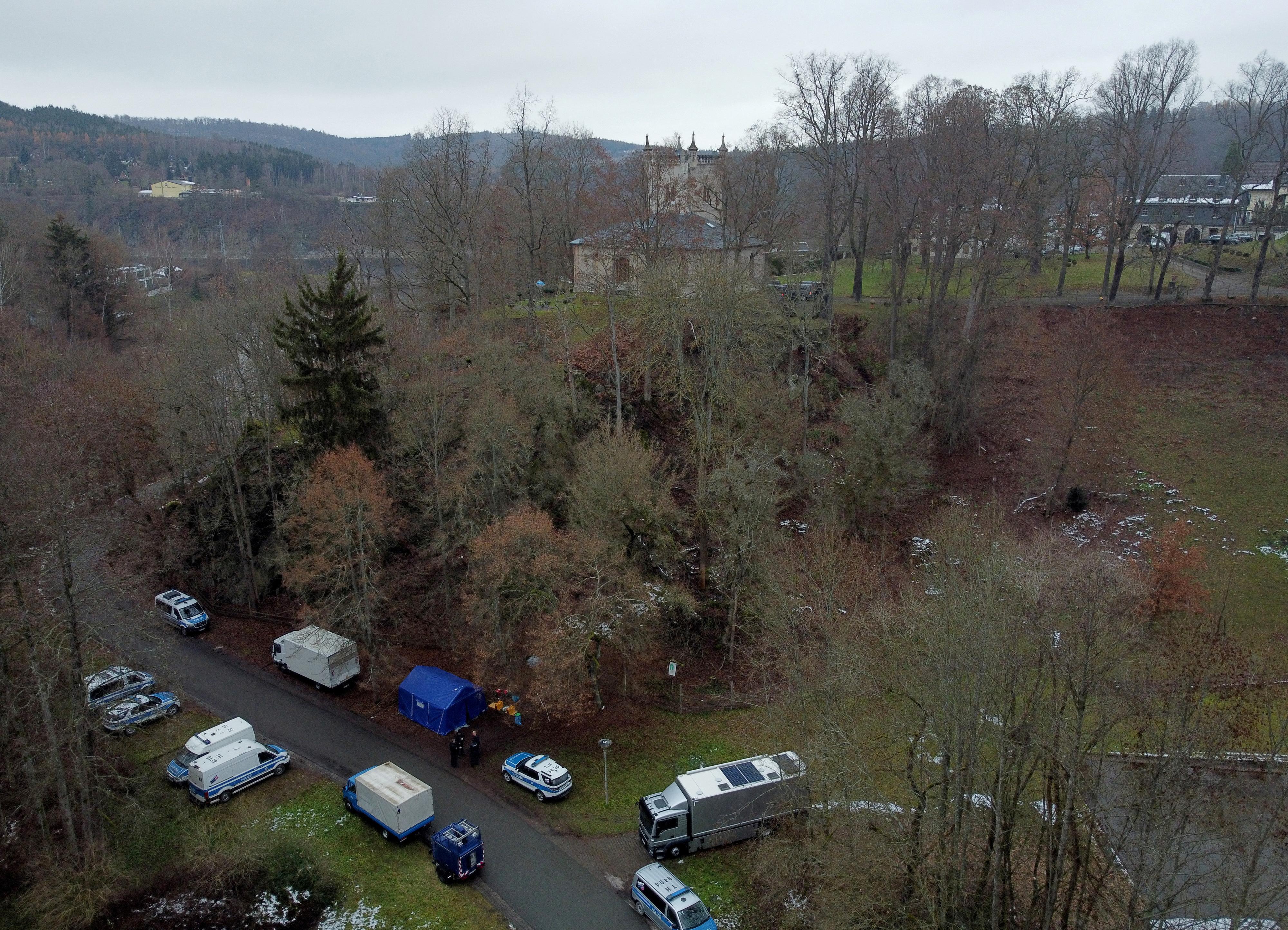 Police secure the area around the Waidmannsheil hunting lodge, after suspected members and supporters of a far-right group were detained during raids across Germany, in Saaldorf, Bad Lobenstein, Germany December 8, 2022. REUTERS/Timm Reichert

BERLIN (Reuters) – German authorities expect further arrests as they investigate a far-right group that prosecutors say was preparing to overthrow the state and install an aristocrat as national leader.

Following are some of the far-right attacks and scandals that have shaken Germany in recent years:

Jan. 2021 – Far-right sympathiser Stephan Ernst is handed a life sentence for shooting dead pro-immigration conservative politician Walter Luebcke who was found lying in a pool of blood outside his home in western Germany in 2019. Luebcke had been an outspoken supporter of former Chancellor Angela Merkel’s decision in 2015 to let in refugees.

Aug. 2020 – A group of anti-lockdown protesters, some waving far-right flags, broke through police lines and tried to force their way into the Reichstag parliament building in Berlin during marches about coronavirus restrictions.

June 2020 – German defence minister disbands company of its elite KSK special forces after a scandal over its links to far-right radicals. Police had seized weapons, explosives from property of a KSK soldier.

Feb. 2020 – A gunman with suspected far-right links shoots dead nine people, some of them migrants from Turkey, in an overnight rampage through the German town of Hanau before killing himself and his mother.

Oct. 2019 – A gunman who denounced Jews opens fire outside a German synagogue in the eastern city of Halle on Yom Kippur, the holiest day of the Jewish year, killing two people as he livestreams his attack. The attacker, a 27-year-old German, fatally shoots a woman outside the synagogue and a man inside a nearby kebab shop.

July, 2018 – A member of a German neo-Nazi gang is jailed for life for her part in the murders of 10 people during a campaign of racially-motivated violence. Beate Zschaepe was part of the National Socialist Underground (NSU), whose members killed eight Turks, a Greek man and a German policewoman from 2000 to 2007. An official report later says police had “massively underestimated” the risk of far-right violence and that missteps had allowed the cell to go undetected.