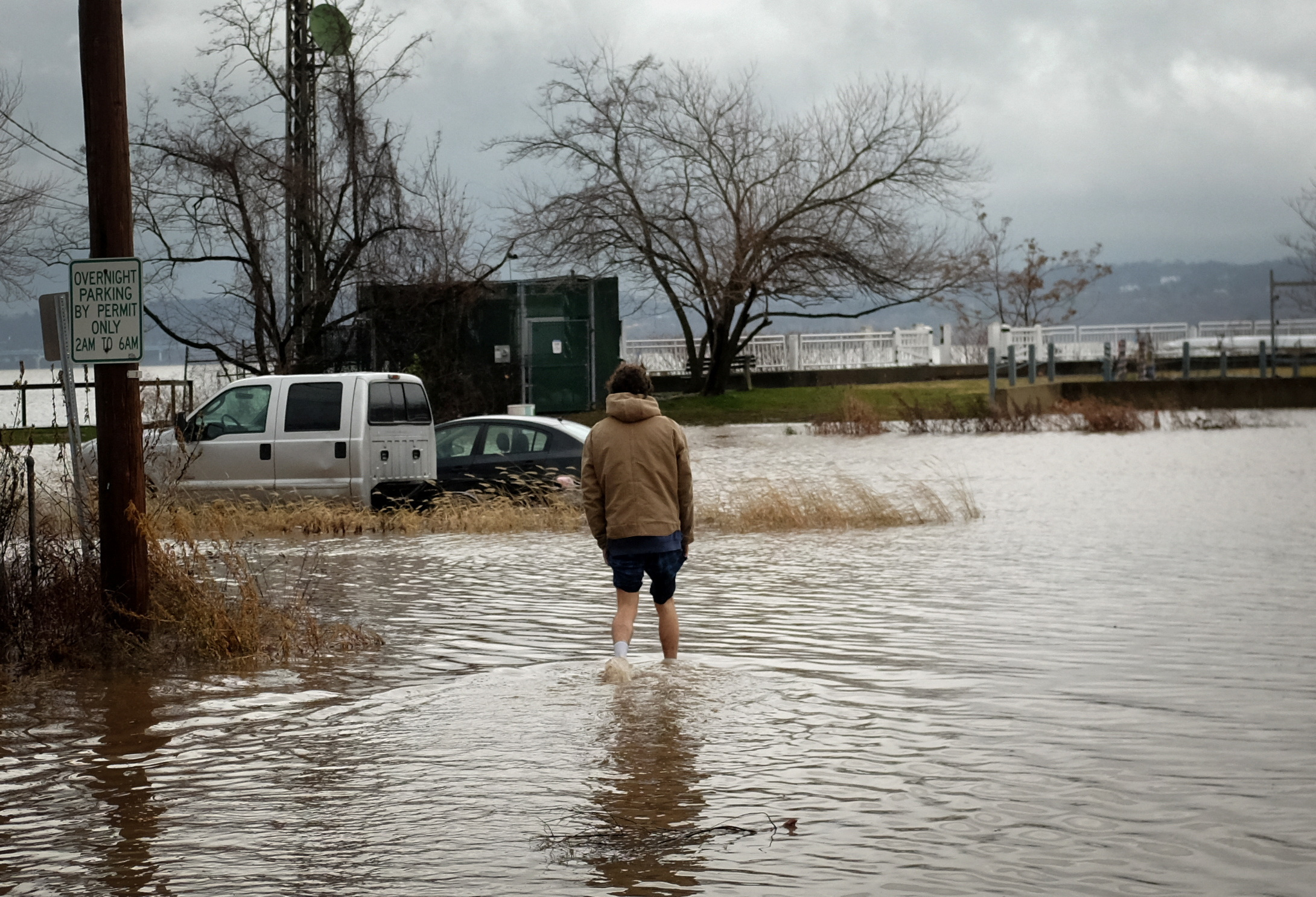 A man wades through flood waters to attempt to retrieve his truck during a winter storm along the Hudson River in Piermont, New York, U.S., December 23, 2022. REUTERS/Mike Segar

More than 1.4 million homes and businesses were without power in the eastern half of the United States and Texas on Friday as winter storms battered much of the country, according to data from PowerOutage.us.

That was down from a total of around 1.5 million customers that lost power as utilities – mostly in the U.S. Southeast – restore power after the storms moved on from their service territories.

Most outages were in North Carolina, with over 187,000 customers without power, followed by Virginia, Tennessee, Maine and New York.

Leading into the holiday weekend, the storm is expected to bring blizzard conditions to the Great Lakes region, heavy rains followed by a flash freeze on the East Coast, wind gusts of 60 miles per hour (100 kph) and bitter cold as far south as the U.S.-Mexico border.

The utility with the most outages was Duke Energy Corp (DUK.N) with over 158,000 customers without power in North and South Carolina.

Here are the major outages by state: