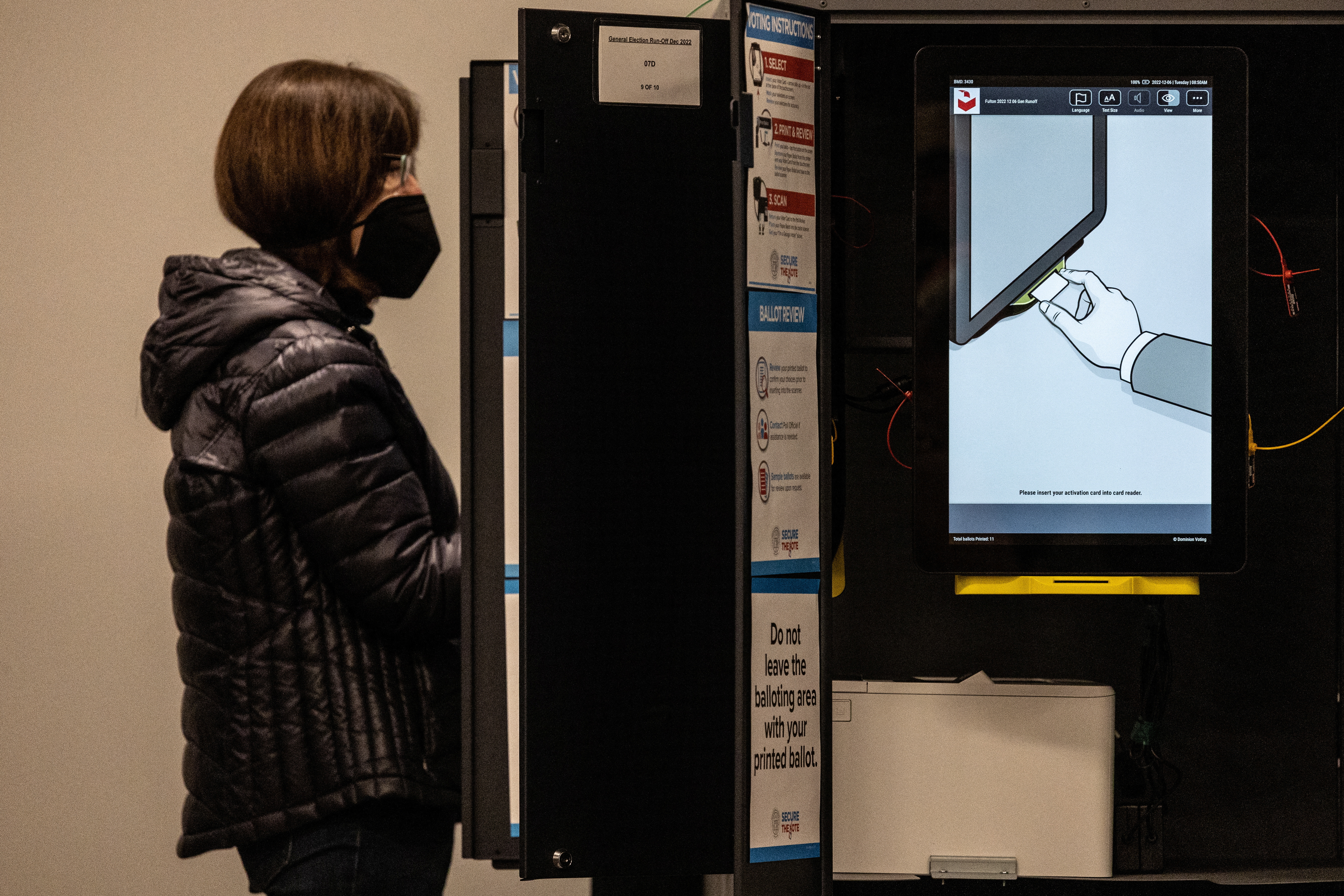 Democratic U.S. Senator Raphael Warnock and Republican former football star Herschel Walker face a tight Senate election runoff in Georgia on Tuesday that will determine whether Democrats can expand their razor-thin majority in the Senate.

Polls opened at 7 a.m. (1200 GMT) and will close 7 p.m. (0000 GMT) More than 1.85 million Georgians have already cast a ballot during an early voting period, which closed on Friday, according to the Secretary of State’s office.

The state set multiple single-day records for early voting last week. The early vote is expected to have leaned Democratic, political experts from both parties say.

It is unclear when the final results will be in. The Georgia secretary of state office says the timing of the results depends on how quickly counties are able to count the votes. Based on previous recent votes, however, the results will likely be known in the hours after polls close.

Democrats already control the Senate, but the result in Georgia will still have a measurable impact on the chamber.

A win by Warnock would mean that Senate Majority Leader Chuck Schumer will be able to more easily pass bills that are high priorities for Democrats. The individual power of Democratic senators Joe Manchin and Kyrsten Sinema to block Democratic legislation, as they have done in the past, would be diluted if Warnock voted with the rest of his caucus.

However, if Manchin and Sinema vote together they could still stall Democratic initiatives, although they don’t always agree on policy.

A Walker win would mean that the Senate is right back to the 50-50 split of the past two years. That means Manchin, Sinema or any other Democrat unhappy with a bill Schumer is promoting could side with Republicans to block its passage.

Home » Audio Sources - Full Text Articles » Factbox: What to know about the tight U.S. Senate election runoff in Georgia
a