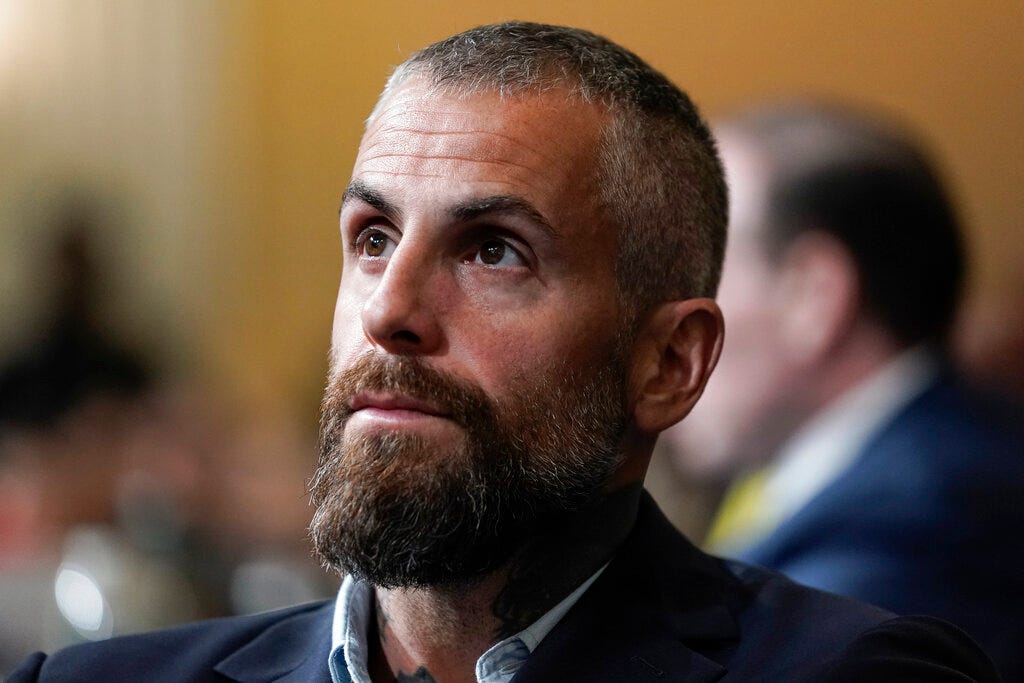 Fanone, who served as a Metropolitan officer for roughly 20 years before resigning from the force in December 2021, told CNN that while he didn’t like to paint anyone “with a broad brush,” he criticized the GOP reaction to the event as “embarrassment” for the party.

Multiple outlets, including Insider, reported that only GOP congressman — Brian Fitzpatrick of Pennsylvania — was apparently in attendance at the Friday ceremony dominated by Democratic lawmakers.

“Over the past two years that I’ve been outspoken about January 6th, I have tried to walk a fine line when it comes to condemning Republicans,” Fanone told CNN’s Jake Tapper during an interview. “No one likes to be painted with a broad brush. Law enforcement certainly doesn’t like that, and I don’t believe that all Republicans are sympathetic to the MAGA agenda.”

He continued, “That being said, it’s very difficult to defend the Republican Party when only one of their members takes the time to show up and show support for law enforcement that was there defending them that day. It’s disgraceful. It’s an embarrassment for their party, and it’s disgraceful behavior.”

Fanone, who received the Presidential Citizens Medal — one of the nation’s highest civilian awards — from President Joe Biden during a White House ceremony on Friday, decried the scant GOP attendance at the Capitol event.

“As somebody who has previously supported Republican candidates, it’s shameful,” the former police officer told Tapper. “But they seem to be a party, at this point in time, that is without shame.”

After the Capitol ceremony, Fitzpatrick, a former FBI supervisory special agent, told Insider’s Bryan Metzger of his desire to be at the solemn event.

Fitzpatrick told ABC News that January 6 was “a terrible day that we can never let happen again.”

Republicans on Friday morning were still mired in a leadership crisis amid a revolt among the party’s right flank — as Rep. Kevin McCarthy of California had not yet clinched the House speakership — with a morning GOP conference call overlapping with the ceremony. However, the ceremony was largely completed minutes after the start of the scheduled call, according to Insider, and the House did not resume its attempts to select a speaker until noon that day.

The January 6 ceremony was focused on remembering law enforcement officials — including Brian D. Sicknick — who died after the riot, along with four police officers who died by suicide after the attack.

Sicknick — who fought back the mob at the Capitol on January 6, 2021 — suffered two strokes and died of natural causes the next day, according to the Washington, DC, medical examiner Francisco J. Diaz, with the medical official stating that “all that transpired played a role in his condition.”