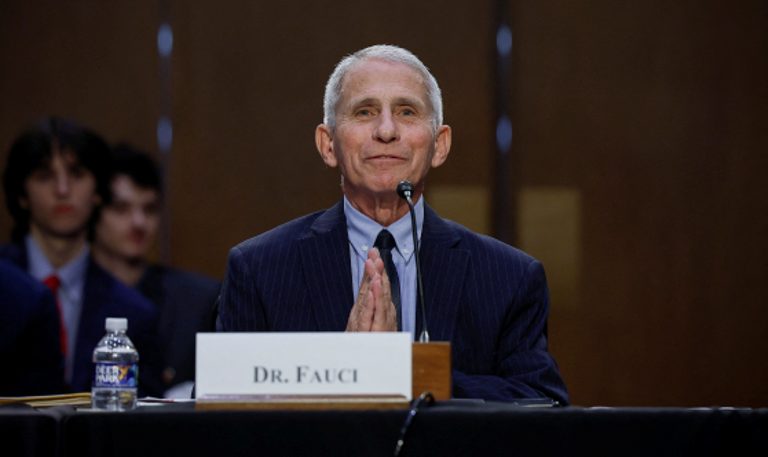 In the early days of the pandemic, Dr. Anthony Fauci often dismissed the theory that the coronavirus came from a biological lab in China. He testified last week his reluctance was out of fear that speculation about the virus origins would “increase tensions” with China.

Fauci’s comments came during a seven-hour deposition at the center of a lawsuit filed by the attorneys general of Missouri and Louisiana against the Biden administration. Fauci stated throughout the deposition that he was troubled by “wild speculation and allegations” that the Chinese government either deliberately or accidentally leaked the virus from a biological lab in Wuhan. He also said he was “afraid” that “blaming the Chinese” for the outbreak would “increase tensions and reduce cooperation” with Beijing to prevent future pandemics.

“There was no evidence of that at the time, and that’s what I was concerned about,” said Fauci, the director of the National Institute of Allergy and Infectious Diseases.

Fauci’s reluctance to entertain the lab leak hypothesis may have slowed the United States government’s efforts to investigate the origins of the pandemic. A growing body of evidence points to a lab leak as the most likely explanation for the outbreak. Republicans on the Senate Intelligence Committee released a report in October that said an accidental leak from the Wuhan lab was the “most likely” cause of the pandemic.

Fauci has come under scrutiny for not only dismissing the lab leak theory, but also because the National Institutes for Allergy and Infectious Diseases has funded research at the Wuhan Institute of Virology.

They have also alleged that the FBI worked closely with Facebook and Twitter to block access to an October 2020 news article that revealed emails from Hunter Biden’s abandoned laptop. The Washington Free Beacon reported that two FBI officials who met with the Big Tech companies are Democratic donors.

Fauci denied coordinating with social media companies on their virus-related content, but revealed that his daughter worked as a software engineer at Twitter until last year. He also said he met with Facebook founder Mark Zuckerberg on a campaign to promote the coronavirus vaccines.