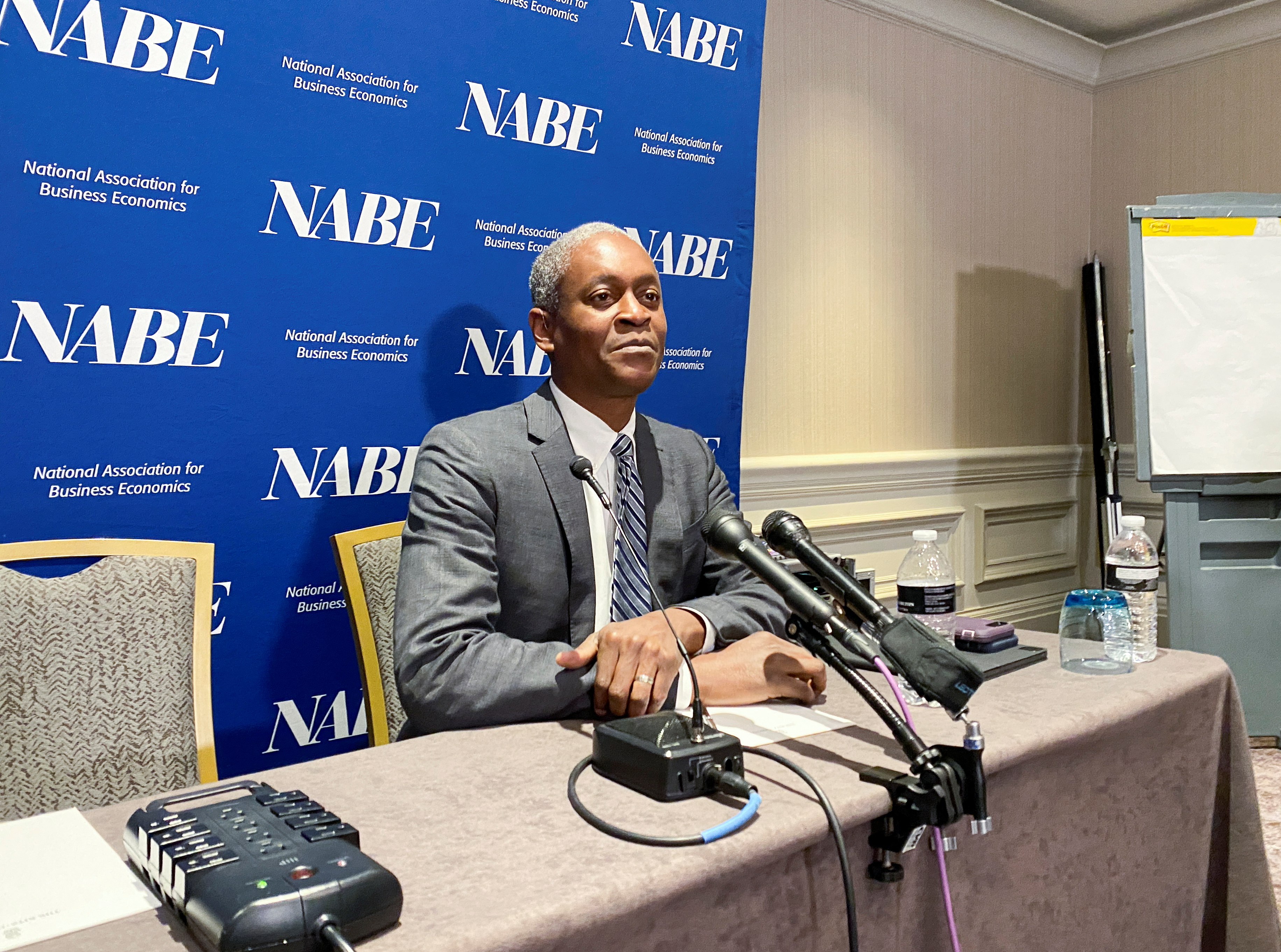 The latest U.S. jobs figures are another sign that the economy is gradually slowing and should that continue the Federal Reserve can step down to a quarter percentage point interest rate hike at its next policy meeting, Atlanta Fed President Raphael Bostic said on Friday.

“Today I would be comfortable with either a 50 or a 25 (basis point increase). If I start to hear signs that the labor market is starting to ease a bit in terms of its tightness then I might lean more into the 25 basis point position,” Bostic told broadcaster CNBC.

The economy maintained a strong pace of job growth in December, government data showed earlier on Friday, with the unemployment rate falling to 3.5%, but a moderation in wage gains heartened investors as the Fed aims to bring down high inflation without sparking mass layoffs.

Bostic said the data did not change his outlook and reiterated the central bank would need to raise rates further and hold them at that peak, in his forecast, until “well” into 2024 to tame inflation, which remains well above the Fed’s 2% target.

“I’ve been looking for the economy to continually slow from the strong position it was at in the summer time,” Bostic said. “This is just a next step in that…it’s going incrementally…because of that we got to stay the course, inflation is too high, we need to reduce those imbalances.”

He also cautioned against placing too much emphasis on the pace of wage growth, saying they were “not driving the dynamic” on inflation but still need careful monitoring.

Officials at the Fed, which raised borrowing costs last year at the fastest rate in 40 years to quell the pace of price increases, are eyeing a stopping point in its current tightening cycle this spring.

Traders of futures tied to the Federal Reserve’s policy rate priced in a stronger chance that the Fed would raise rates by a quarter percentage point instead of a half point move at the conclusion of its next policy meeting on Feb. 1 following the unemployment data.

Bostic said he does not see a recession this year and revealed he sees the unemployment rate rising to only 4% by year end, lower than many of his rate-setting colleagues.