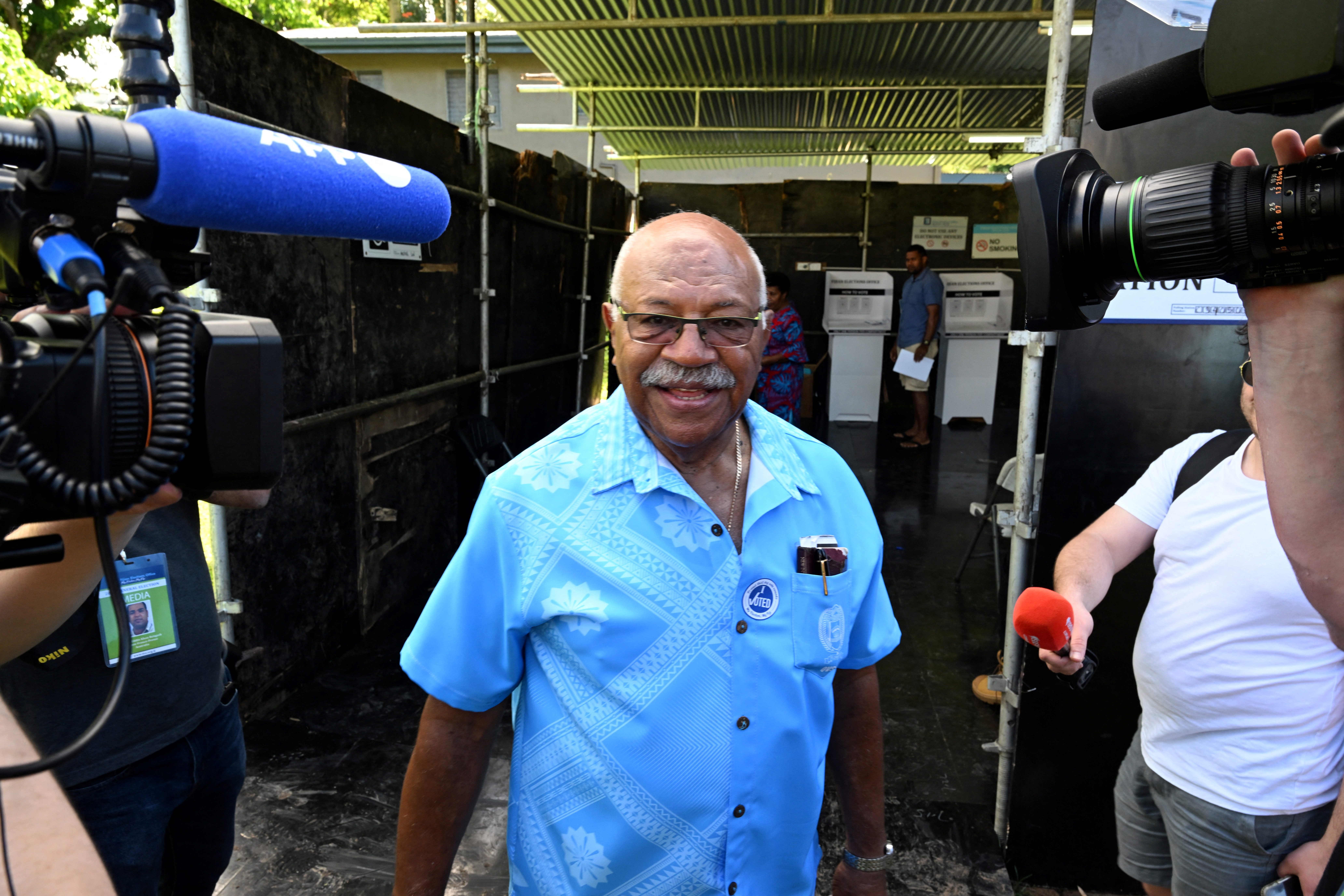 Fiji’s parliament has delayed its first sitting, where it had been expected a new prime minister would be sworn in to the Pacific islands nation for the first time in 16 years.

People’s Alliance leader Sitiveni Rabuka is expected to become prime minister, after three parties signed a coalition agreement on Tuesday after a hung election. The deal would dislodge Fiji First’s Frank Bainimarama, who has led Fiji since a 2006 coup. read more

The constitution requires lawmakers to elect the prime minister from the parliament floor if no one party has won more than 50% of seats.

Fiji parliament’s secretariat confirmed to Reuters in an email that parliament would not sit on Wednesday because Fiji’s President Wiliame Katonivere has not yet issued a proclamation.

The Social Democratic Liberal Party (SODELPA), a power-broker holding three seats in the hung parliament, on Tuesday signed a coalition agreement with Rabuka’s People’s Alliance and the National Federation Party.

SODELPA’s decision was made after a close vote that saw 16 of its board members in favour, while 14 had supported Bainimarama’s Fiji First.

In a statement on Wednesday Fiji’s police force called for calm and urged “all Fijians to respect the political process”.

“We are concerned about the number of reports of stoning incidents received last night targeting the homes and businesses of Fijians of Indian descent,” Commissioner of Police Brigadier General Sitiveni Qiliho said in the statement.

The Pacific island nation, with a population of 900,000, had a history of military coups before constitutional reform in 2013 to remove a race-based voting system that favoured indigenous Fijians over a large Indian ethnic group.

Bainimarama won democratic elections in 2014 and 2018 with the support of the Indian community, but has faced criticism over his government’s punitive media laws and pressure on the judiciary, and has not commented publicly since voting last week.

On Wednesday morning New Zealand Prime Minister Jacinda Ardern said New Zealand was yet to congratulate Rabuka as it waited until the “dust settles and there is finality over processes”.

“I have faith in Fiji’s ability to conduct the remaining stages of this process and stand ready to acknowledge their new leader,” she said.

In a tense election, a call by Rabuka for the militaryto intervene last week during vote counting was rebuffed, and Rabuka was questioned by police on Friday night and released without charge. read more