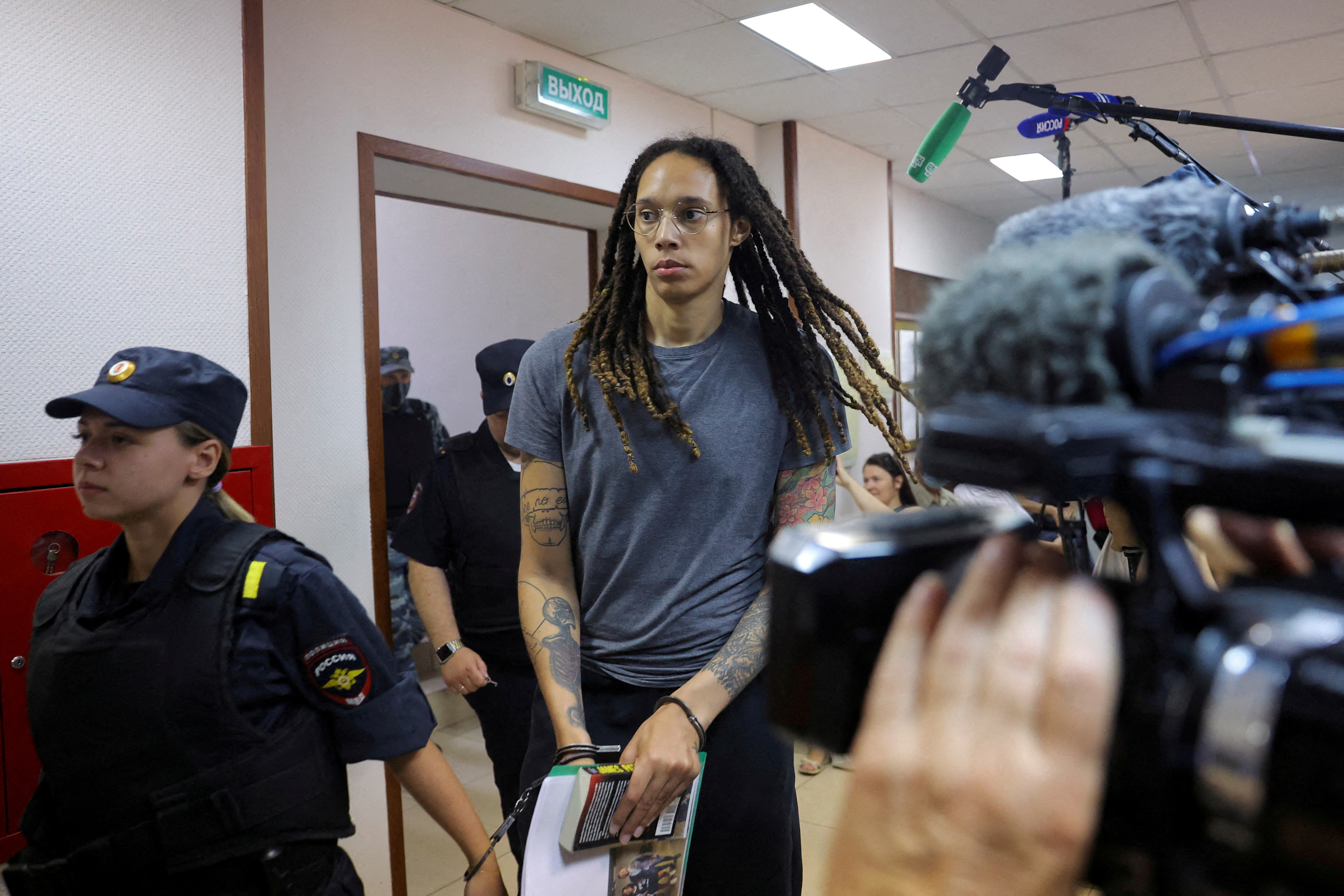 U.S. basketball player Brittney Griner, who was detained at Moscow’s Sheremetyevo airport and later charged with illegal possession of cannabis, is escorted before the verdict in Khimki outside Moscow, Russia, August 4, 2022. REUTERS/Evgenia Novozhenina/Pool

Days after the release of U.S. basketball star Brittney Griner from imprisonment in Russia, Democratic and Republican U.S. lawmakers will introduce legislation on Tuesday to establish March 9 as an annual day to remember Americans detained abroad.

The bill, according to text seen by Reuters, seeks to make March 9 “National Hostage and Wrongful Detainee Day,” to call increased attention to Americans unjustly held abroad and add urgency to the push to bring them home.

“Brittney Griner’s release and unjust imprisonment has only underscored the need for Congress to continue working to safeguard the lives of wrongfully detained Americans,” said Democratic Senator Chris Coons, a lead sponsor of the bill, in a statement.

The measure’s sponsors also include Republican Senator Marco Rubio and Representatives Haley Stevens, a Democrat, and French Hill, a Republican.

The bill would establish an official “Hostage and Detainee” flag, similar to the black-and-white POW-MIA flag adopted in 1972 to draw attention to Americans held prisoner or missing in Southeast Asia during the Vietnam War era.

March 9 is the day on which Robert Levinson disappeared in Iran in 2007. He was declared dead in absentia in 2020.

Griner’s February arrest in Moscow on charges of possessing vape cartridges containing cannabis oil triggered a surge of support from fans, celebrities and politicians calling for her release and criticizing the Biden administration for not doing more.

The administration has been unable to secure the release of former Marine Paul Whelan, who was jailed in Russia on 2020 on spying charges.

The United States does not provide an official figure for how many of its citizens are held abroad, but the James W. Foley Legacy Foundation, named after an American journalist abducted and killed in Syria, says more than 60 U.S. citizens are wrongfully detained in about 18 countries.