Ukranian President Volodymyr Zelenskiy’s meeting with U.S. President Joe Biden in Washington on Wednesday marks a high point in ties between Ukraine and its most important ally, putting the spotlight on a relationship strengthened by Russia’s invasion, but not without some friction along the way.

The visit, which is Zelenskiy’s first trip outside of Ukraine since the war started, will also underscore the trust between the two countries with a White House meeting, a visit to Congress and a focus on more weapons for Kyiv.

It’s a relationship that hasn’t been without irritation, despite the strong military and diplomatic support that the United States has given to Ukraine since Russia invaded its neighbor on Feb. 24.

“The U.S. and UK had huge rows over how to fight the Second World War. So I don’t think we should necessarily let day-to-day friction obscure how much help the U.S. has given Ukraine,” Gowan said.

Tension between the leaders has been on display at several key moments over the past year.

Most recently Biden disputed Zelenskiy’s comment that missiles that landed in Poland last month were not of Ukrainian origin, bluntly telling reporters: “That’s not the evidence.”

And as the United States warned in January that Moscow was amassing tens of thousands of troops to invade, Zelenskiy accused Washington and the media of fuelling panic that weighed on the economy while there were “no tanks in the streets”.

Western powers have since stepped up to supply Ukraine with weapons and aid, taken in millions of refugees and inflicted severe sanctions on Russia. But Zelenskiy kept pushing for more, including a no-fly zone that was rejected in March by NATO.

“There was a NATO summit, a weak summit, a confused summit, a summit where it was clear that not everyone considers the battle for Europe’s freedom to be the number one goal,” Zelenskiy said at the time.

Then in June Zelenskiy praised NATO’s summit in Madrid, which paved the way for Finland and Sweden to join the alliance, but demanded more military support and an even tougher stance on Russia. “We need security guarantees, and you have to find a place for Ukraine in the common security space.”

NATO membership for Ukraine has been a long-running and contentious question. Zelenskiy has pressed for the military alliance to admit his country into the group. Ukraine has a promise from NATO dating from 2008, when Biden was vice president under Barack Obama, that it would eventually be given the opportunity to join.

The alliance has yet to move forward on Ukraine’s application, however. In November, NATO reaffirmed that 2008 decision, but again provided no specific steps or timetable.

The United States has provided Ukraine with $19.3 billion in military help during the war. Biden will on Wednesday announce nearly $2 billion in further military aid, including a Patriot missile battery – one of the most advanced U.S. air defense systems and one that is usually in short supply with allies around the world vying for it.

Zelenskiy wants more, but has also shown his gratitude for what Ukraine has already received from Washington.

His political adviser Mykhailo Podolyak said Zelenskiy’s visit to the United States provided an opportunity to explain the real situation in Ukraine, what weapons Kyiv needs to fight Russia – specifically armored vehicles, the latest missile defense systems and long-range missiles – and why it needs them.

Beyond this, the visit underlines a belief that both Biden and Zelenskiy hold – that the United States remains the leader of the free world, said Daniel Fried, former U.S. ambassador to Poland and a fellow at the Atlantic Council.

But he added that Zelenskiy knows that “America makes the difference.” 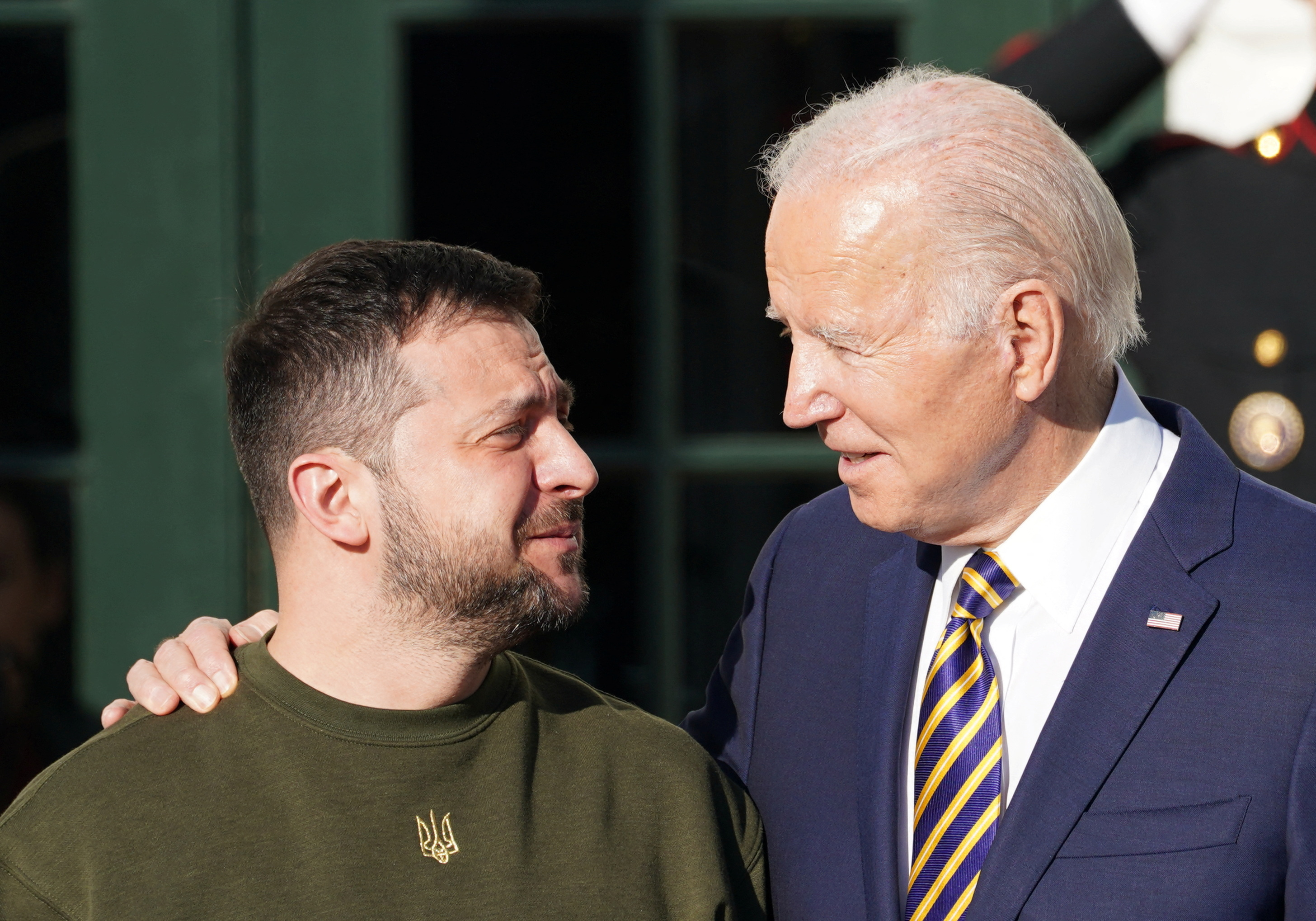 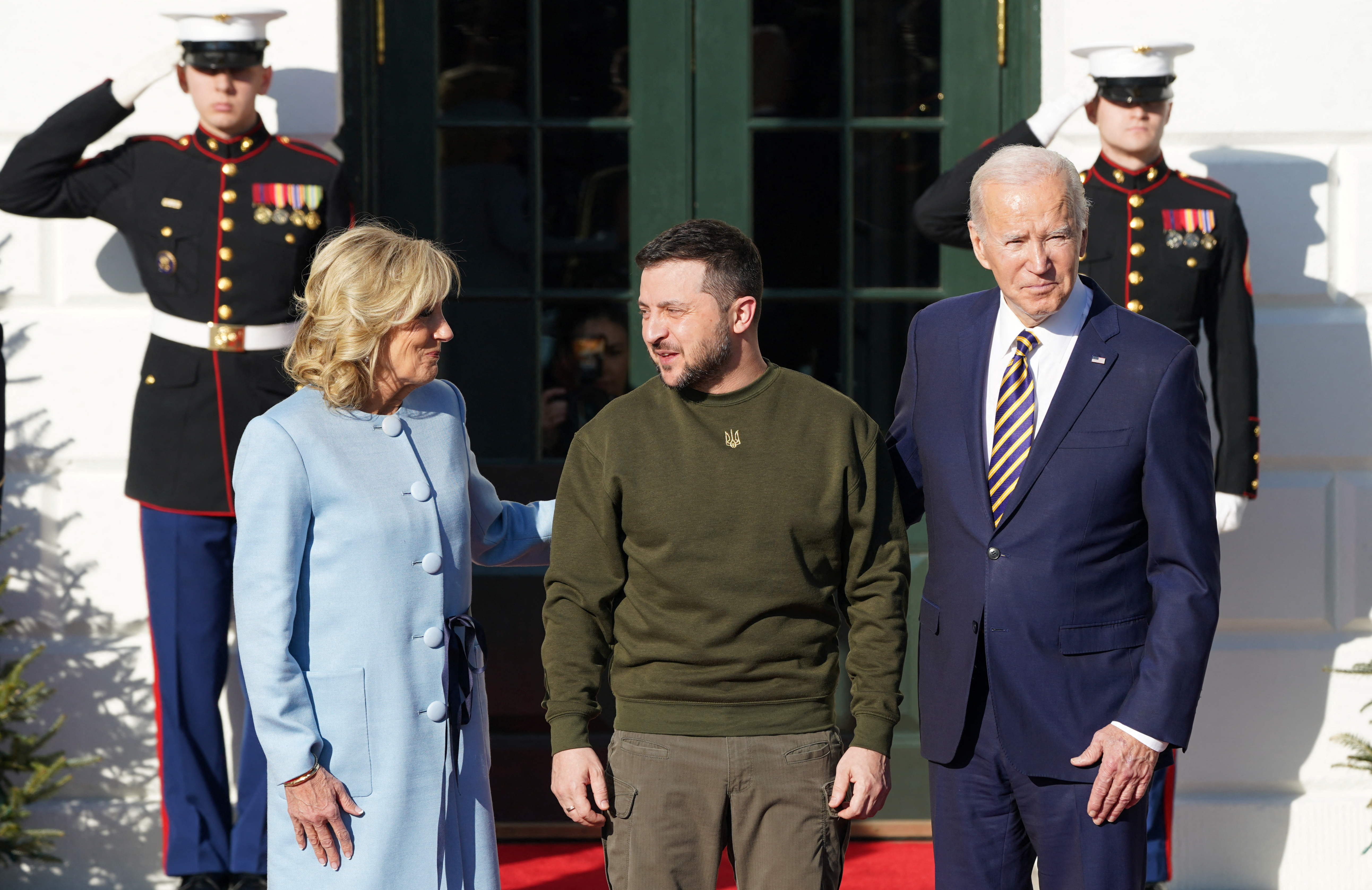 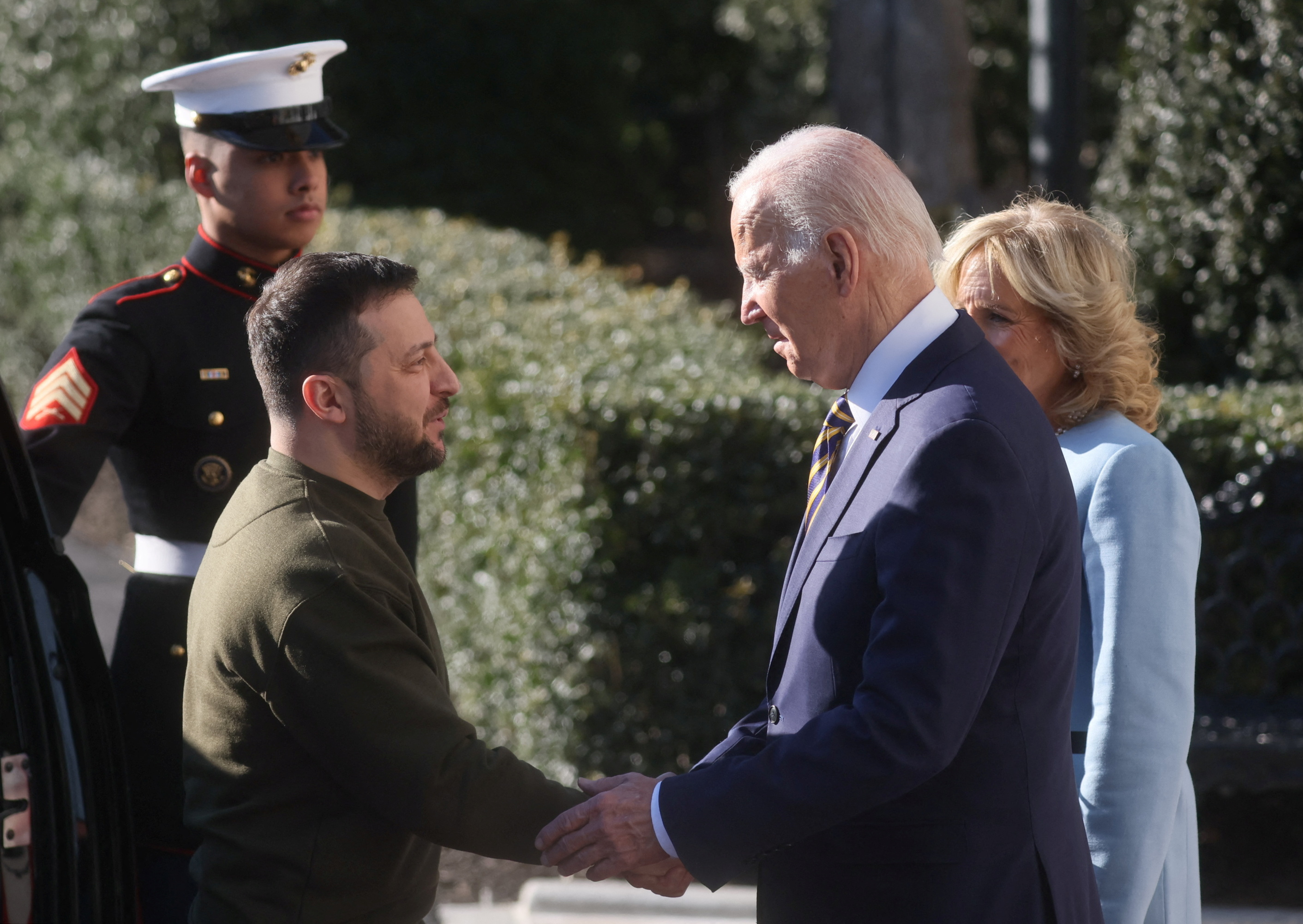 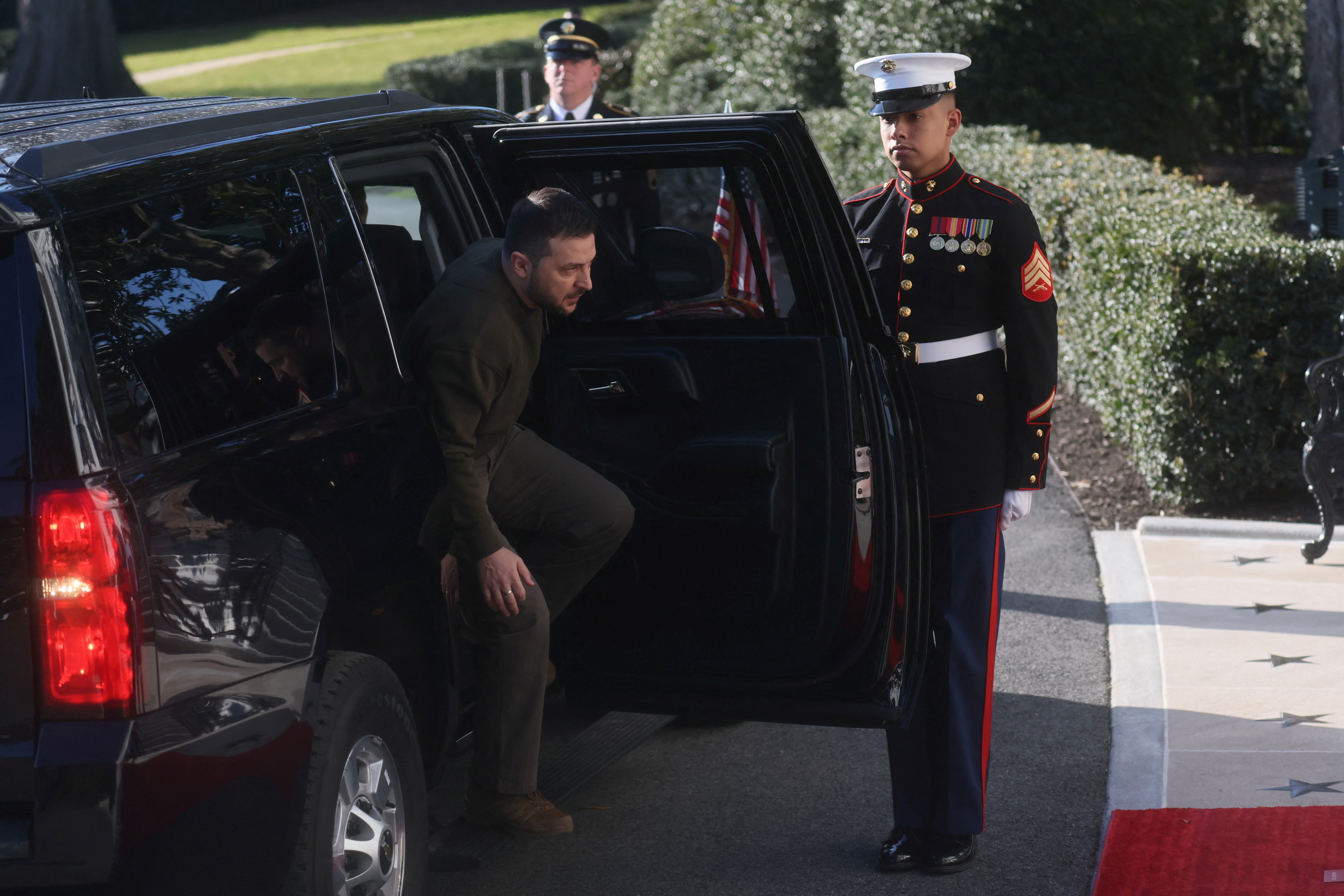 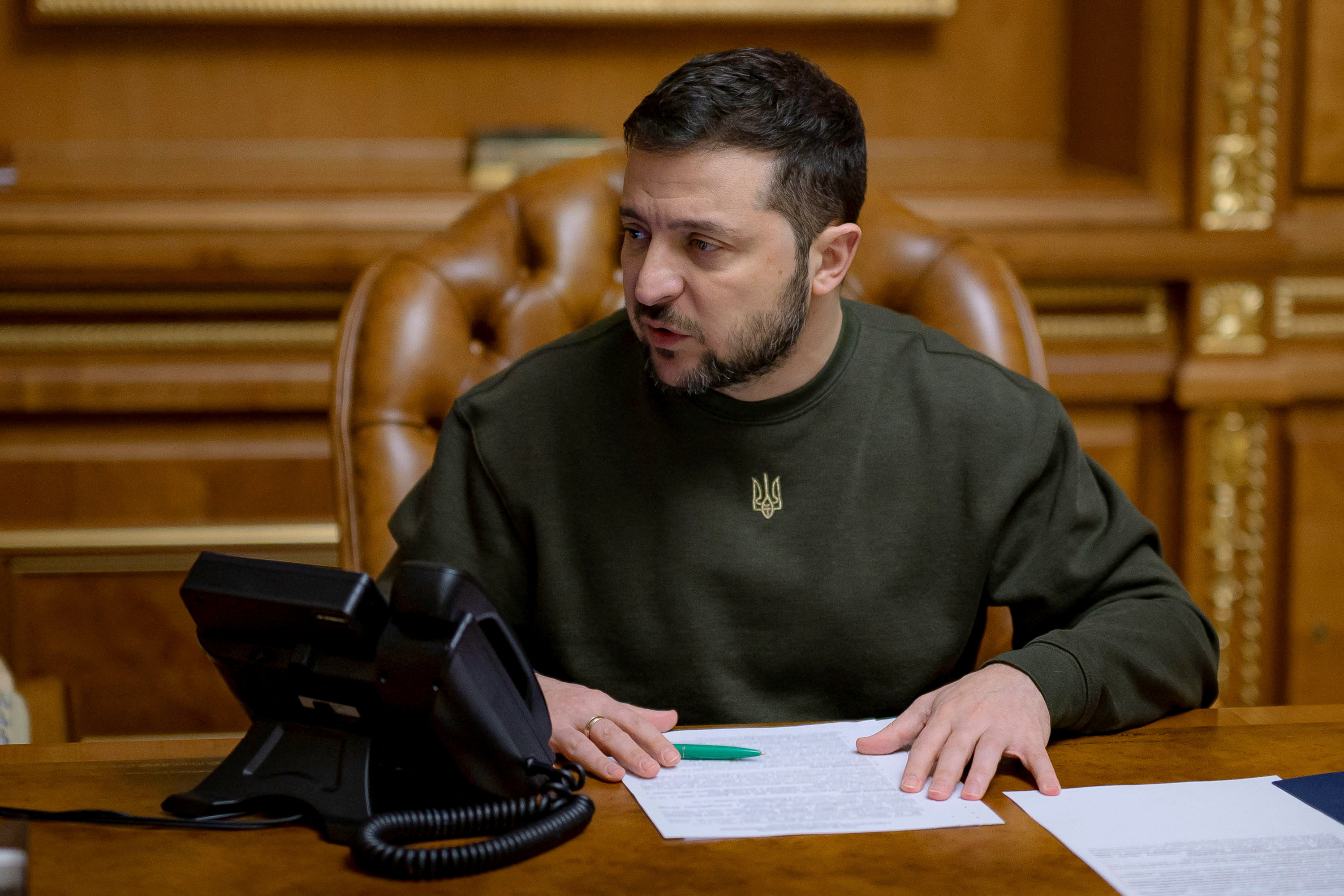