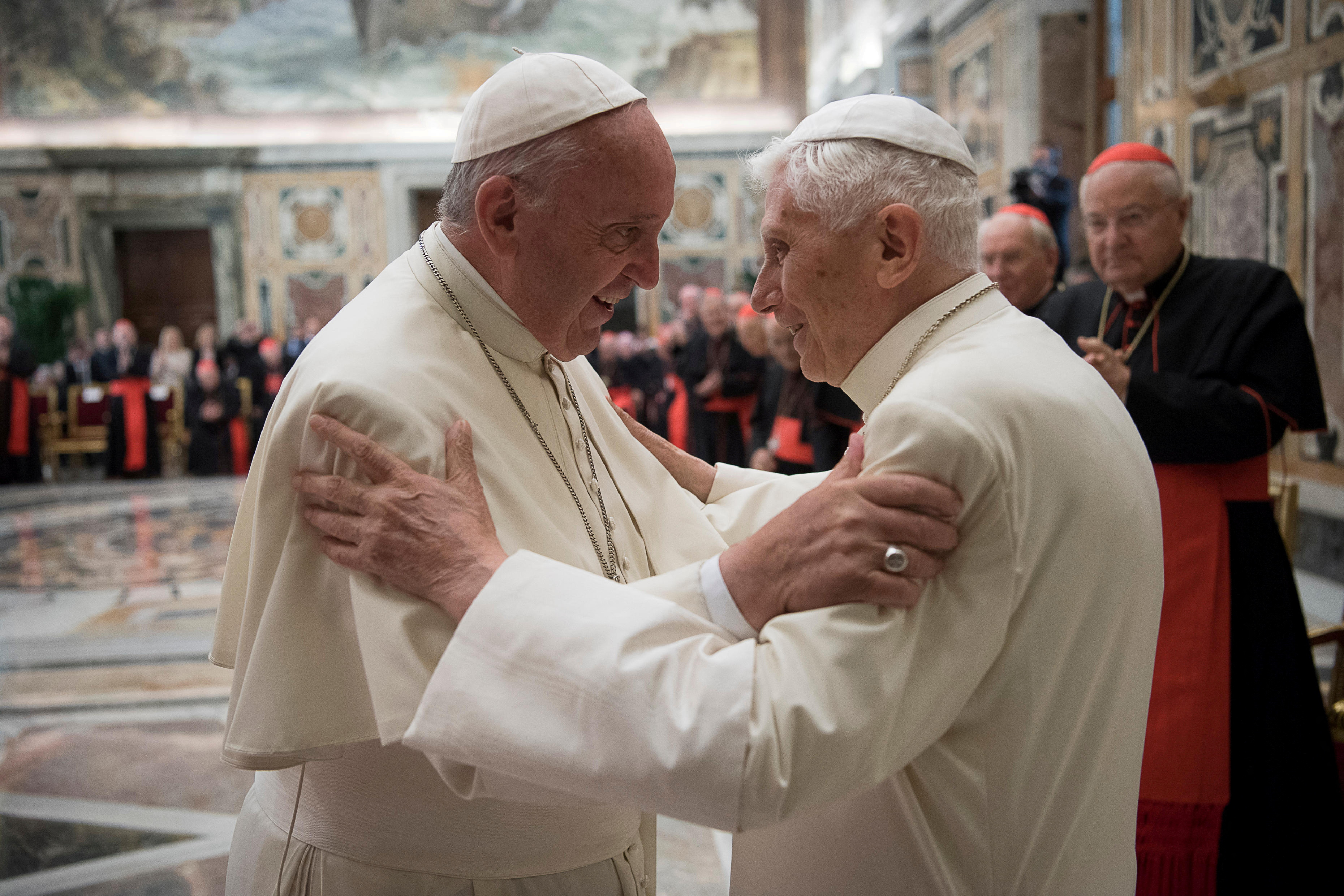 Former pope Benedict (R) is greeted by Pope Francis during a ceremony to mark his 65th anniversary of ordination to the priesthood at the Vatican June 28, 2016. Osservatore Romano/Handout via Reuters

Former pope Benedict, 95, who in 2013 became the first pontiff in 600 years to step down, is “very sick,” his successor Pope Francis said on Wednesday.

“I would like to ask all of you for a special prayer for Pope Emeritus Benedict, who, in silence, is sustaining the Church,” Francis said in a surprise announcement in Italian at the end of his weekly general audience.

“Let us remember him. He is very sick, asking the Lord to console and sustain him in this witness of love for the Church, until the end,” Francis said, speaking in Italian.

There was no immediate comment from the Vatican on the state of Benedict’s health. Phone calls to the former pope’s residence in the Vatican were not answered.

Until a few weeks ago, those who had seen Benedict said his body was very frail but his mind was still sharp.

One of the latest known photographs of Benedict was taken on Dec. 1, when he met the winners of a prize for theologians named after him. He was seated and looked exceptionally weak.

Since his resignation Benedict has been living in a former convent inside the Vatican gardens, with his secretary, Archbishop Georg Ganswein, and a few other aides and medical staff.

Benedict announced his intention to resign on Feb. 11, 2013, shocking a meeting of cardinals. He said he no longer had the physical and mental strength to run the Church.

He formally stepped down on Feb. 28 that year, moving temporarily to the papal summer residence south of Rome while cardinals from around the world came to Rome to choose his successor.

Francis, the first pope from Latin America, was elected to succeed him on March 13, 2013.

While Francis has often praised the former pope, saying it was like having a grandfather in a home, the presence of two men dressed in white in the Vatican was at times troublesome.

Conservatives looked to the former pope as their standard bearer and some ultra-traditionalists even refused to acknowledge Francis as a legitimate pontiff.

Benedict, the first German pope in 1,000 years, was elected on April 19, 2005 to succeed the widely popular Pope John Paul II, who reigned for 27 years.

Cardinals chose him from among their number seeking continuity and what one called “a safe pair of hands”.

For nearly 25 years, as Cardinal Joseph Ratzinger, he was the powerful head of the Vatican’s doctrinal office, then known as the Congregation for the Doctrine of the Faith (CDF).