The long-delayed overhaul, which Borne said was a facing up to reality, must now be approved by parliament. A retirement age of 64 is opposed by four in every five citizens according to an Odoxa poll, at a time when many are already struggling with a cost-of-living crisis.

“I’m well aware that changing our pension system raises questions and fears among the French,” Borne said on Tuesday, adding that her government would work on convincing the French that the reform was necessary.

“We offer today a project to balance our pension system, a project that is fair,” she said.

Overhauling the pension system was a central pillar of Macron’s reformist agenda when he entered the Elysee Palace in 2017. But he shelved his first attempt in 2020 as the government battled to contain the COVID outbreak.

The second attempt will not be any easier.

The heads of France’s leading unions will meet in the evening to discuss responding with protests and strikes. They have all already said that they oppose an increase of the retirement age.

For the unions, even the most reform-minded, the fact that the government softened an initial plan to increase the retirement age to 65 makes no difference. They had warned that both were a no-go.

Macron and Borne will also need to get the reform adopted in parliament, where they do not have an absolute majority.

That looks less challenging than it did a few weeks ago after the government made some concessions to the conservative Les Republicains (LR) party. Even so, LR is not united on the issue, so every vote will count.

With one of the lowest retirement ages in the industrialised world, France spends more than most other countries on pensions at nearly 14% of economic output, according to the Organisation for Economic Cooperation and Development.

In practice, according to the government’s proposal, the age at which one can retire and get a pension in France will be raised gradually by three months per year, starting this September, reaching 63 years and 3 months in 2027 and the target age of 64 in 2030.

To receive a full pension, it will be necessary, from 2027, to have worked 43 years – eight years earlier than planned by past reforms.

“We must face reality and find solutions to preserve our social model,” Borne said, stressing that France’s neighbours have also increased the retirement age over the past years.

The Socialists, the hard-left France Unbowed and the far-right’s National Rally were quick to say they would oppose the reform.

“The French can count on our determination to block this unfair reform,” the far-right’s Marine Le Pen said.

But their opposition to the plan is no surprise. Meanwhile, Olivier Marleix, who leads the LR group in the lower house of parliament, whose vote will be key, reacted positively to Borne’s announcements.

“They heard us” on the pace of the reform and on extending a minimum pension of 1,200 euros for all retirees, he said, while asking for more efforts to help ensure people can find work when they are close to retirement age. 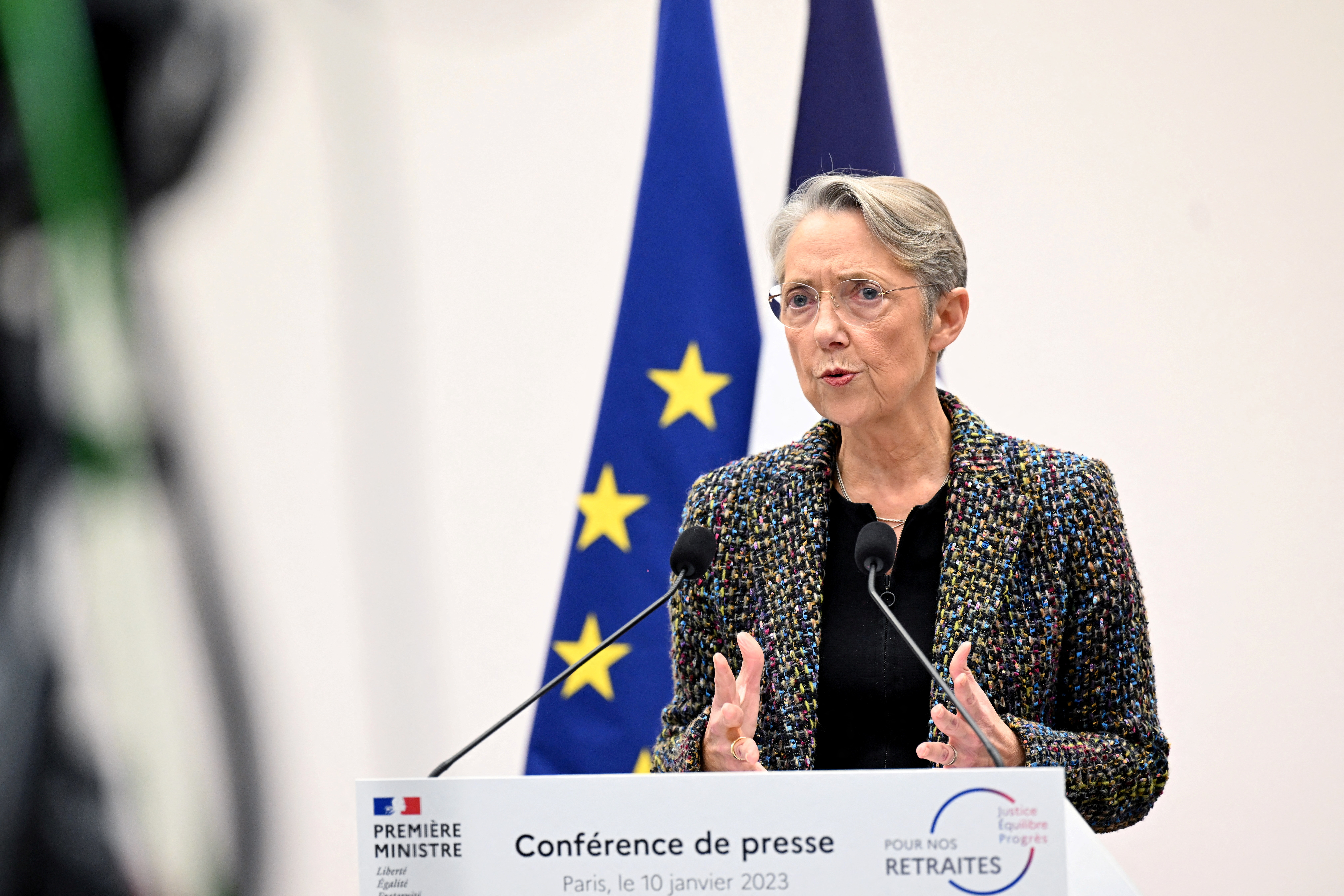 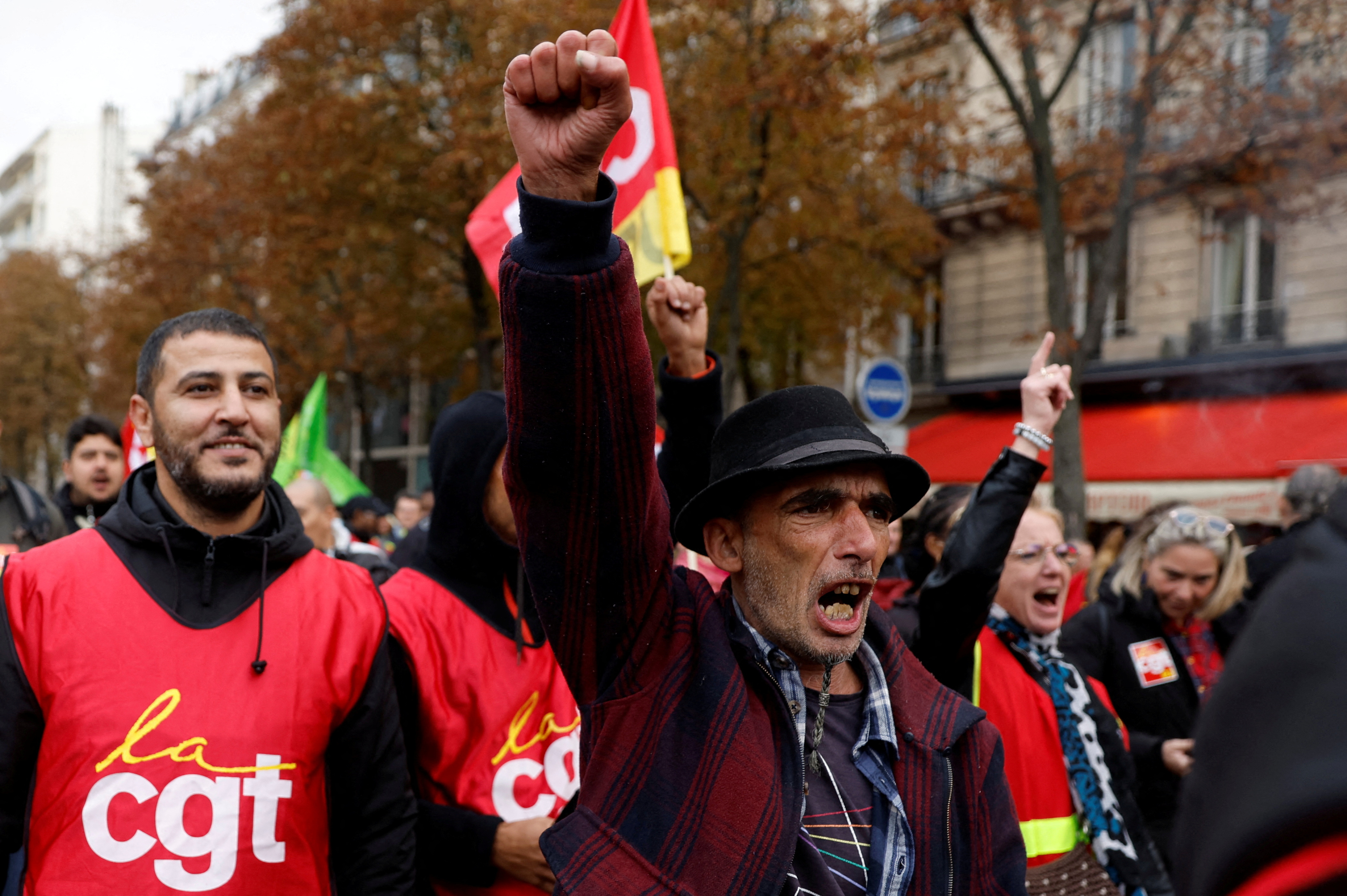 Protestors and French CGT labour union workers attend a demonstration as part of a nationwide day of strike and protests to push for government measures to address inflation, workers’ rights and pension reforms, in Paris, France, September 29, 2022. REUTERS/Gonzalo Fuentes/File Photo