Vladimir Putin’s decision to invade Ukraine was fueled by fears that the emergence of a democratic and European Ukraine could act as a catalyst for similar change in authoritarian Russia. So far, Ukrainians have defied the odds and inflicted defeat after defeat on Putin’s invading army. However, far from the battlefield, the judicial reforms that hold the key to Ukraine’s transformation into a nation governed by the rule of law are at risk of unraveling.

Judicial reform was identified as one of Ukraine’s top reform priorities when the country received official EU candidate nation status in summer 2022. Within the judicial reform agenda, key institutional focuses are the High Qualification Commission of Judges (HQCJ) and the High Council of Justice (HCJ). The former is responsible for the selection of judges, while the latter deals with appointments, dismissals, and disciplinary issues.

It is fair to say that Ukraine made significant progress last year when MPs passed two important draft laws on the reform of the HCJ and the HQCJ following much prompting from Ukrainian civil society and the country’s international partners. However, this progress is now under threat.

In line with current legislation, Ukrainian judges are responsible for appointing the largest quota of members to the HCJ. There are concerns that they will not do so by the end of January, which would prevent the HCJ from becoming operational for several months and make it impossible to impose disciplinary measures against judges accused of collaborating with the Russian occupation forces. Moreover, the judicial reform component of European integration would be postponed for at least a year.

Ukraine’s judges have a long and troubling history of sabotaging judicial reform, but civil society representatives complain that the government has yet to take this threat seriously. This could have far-reaching consequences. Once selected, the HCJ and HQCJ will be tasked with filling somewhere between 2500 and 3000 vacant positions, representing almost half of the Ukrainian judiciary. If these two bodies remain under the influence of vested interests within the judiciary, Ukraine’s rule of law problems will potentially persist for decades to come.

The G7 Ambassadors to Ukraine have already called for clarity on the issue of judicial appointments. It is important for President Zelenskyy to address this issue as both a central pillar of Ukraine’s democratic transformation and a security measure to reduce opportunities for Russian influence in the country.

This fall, RFE/RL journalists reported that Bohdan Lvov, who heads the influential Commercial Court of Cassation within the Supreme Court of Ukraine, has held Russian citizenship since 1999. The President of the Supreme Court soon expelled Lvov from the Supreme Court. However, Lvov may be able to return to his position with the help of the controversial Kyiv District Administrative Court, a court with extensive jurisdiction that has long been accused of anti-Ukrainian rulings. Despite calls for President Zelenskyy to react, he has yet to do so.

There are similar concerns over the Kyiv District Administrative Court itself, whose president Pavlo Vovk was recently sanctioned by the US. Almost two years ago, Zelenskyy sent a draft law to parliament to disband the court. However, this draft law is gathering dust and has yet to be considered by MPs. This is particularly troubling as journalists and Ukraine’s National Security and Defense Council Secretary Oleksii Danilov have claimed that the Kyiv District Administrative Court was engaged in February 2022 in efforts to create a legal framework for the return to power in Ukraine of fugitive ex-president Viktor Yanukovych.

What is needed to keep Ukraine’s grain lifeline alive?

The latest challenge to Ukraine’s judicial reform comes from an unexpected source: the country’s international partners. The Venice Commission of the Council of Europe recently issued an urgent opinion on the draft law for the reform of Ukraine’s Constitutional Court that some experts have attacked as potentially disastrous.

In its latest opinion, the Venice Commission has reversed a number of earlier recommendations. Previously, it had highlighted the problem of political appointments to the Constitutional Court and recommended that any appointments should take place only after the introduction of a transparent and competitive selection procedure. For this purpose, an independent commission should be created to check candidates for integrity and political impartiality.

However, the Venice Commission now states that the decisions of this monitoring body should not be binding. The Venice Commission also reversed its support for the participation of civil society representatives in the selection process. Instead, the Commission recognizes that including government representatives in the selection process may lead to politicization, but argues that this can be permitted in light of the “special circumstances” currently facing Ukraine. Without additional safeguards, this means that only government-friendly candidates can be appointed to the Constitutional Court.

Ukrainian MPs are now preparing to vote on a revised law that incorporates the Venice Commission’s latest recommendations. If passed, it will hand the current Ukrainian government instruments to potentially secure a majority of Constitutional Court judges for at least nine years.

Efforts to support Ukraine as it fights against Putin’s invasion are both welcome and necessary, but enabling any one political force to gain control of the Constitutional Court could seriously undermine the country’s democracy and future European integration. This can be seen in the negative experience of numerous Central European EU member states. In order to keep Ukraine’s judicial reforms on track, Ukraine’s international partners must push for a Constitutional Court selection process that will guarantee independent candidates. This is crucial in order to secure the kind of free and fair future Ukrainians are currently fighting for.

Defeating Russia on the battlefield will prove futile if post-war Ukraine remains stuck with the same corrupt system. While military matters are naturally the number one priority, it is also crucial to prevent backsliding on existing reforms in order to lay the foundations for a better Ukraine. The existential nature of the current conflict and the clear objective of European integration create greater leverage for historic reforms than at any other time in Ukrainian history. It is up to both the current authorities and Ukraine’s international partners to make sure this momentum is not lost. 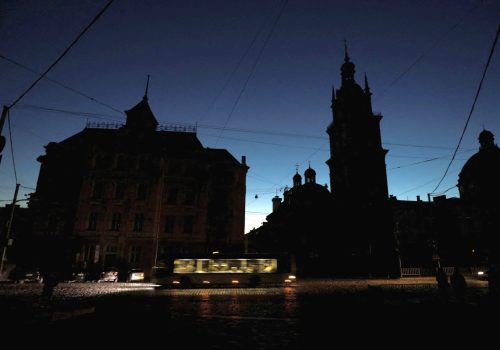 Russia is seeking to plunge Ukraine into darkness ahead of the winter heating season by destroying the country’s energy infrastructure. Ukraine’s partners must step in to make sure Ukrainians are not frozen into surrender. 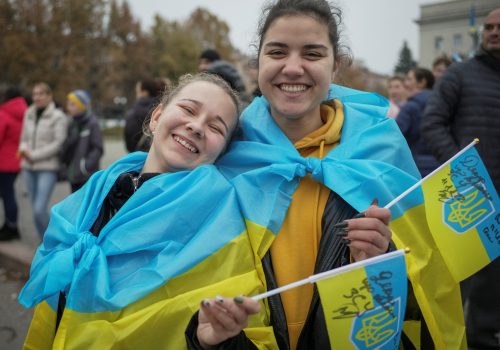 Kherson euphoria highlights the folly of a premature peace with Putin

Footage of the euphoric scenes in liberated Kherson should be compulsory viewing for anyone who still believes in the possibility of a negotiated settlement between Ukraine and Russia, argues Peter Dickinson. 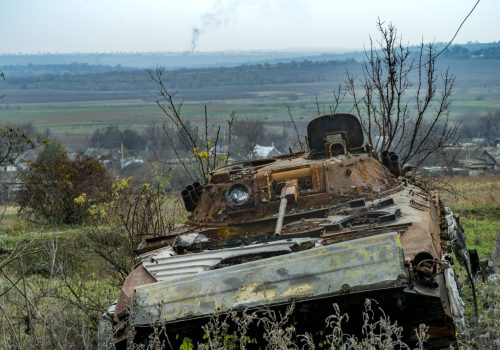 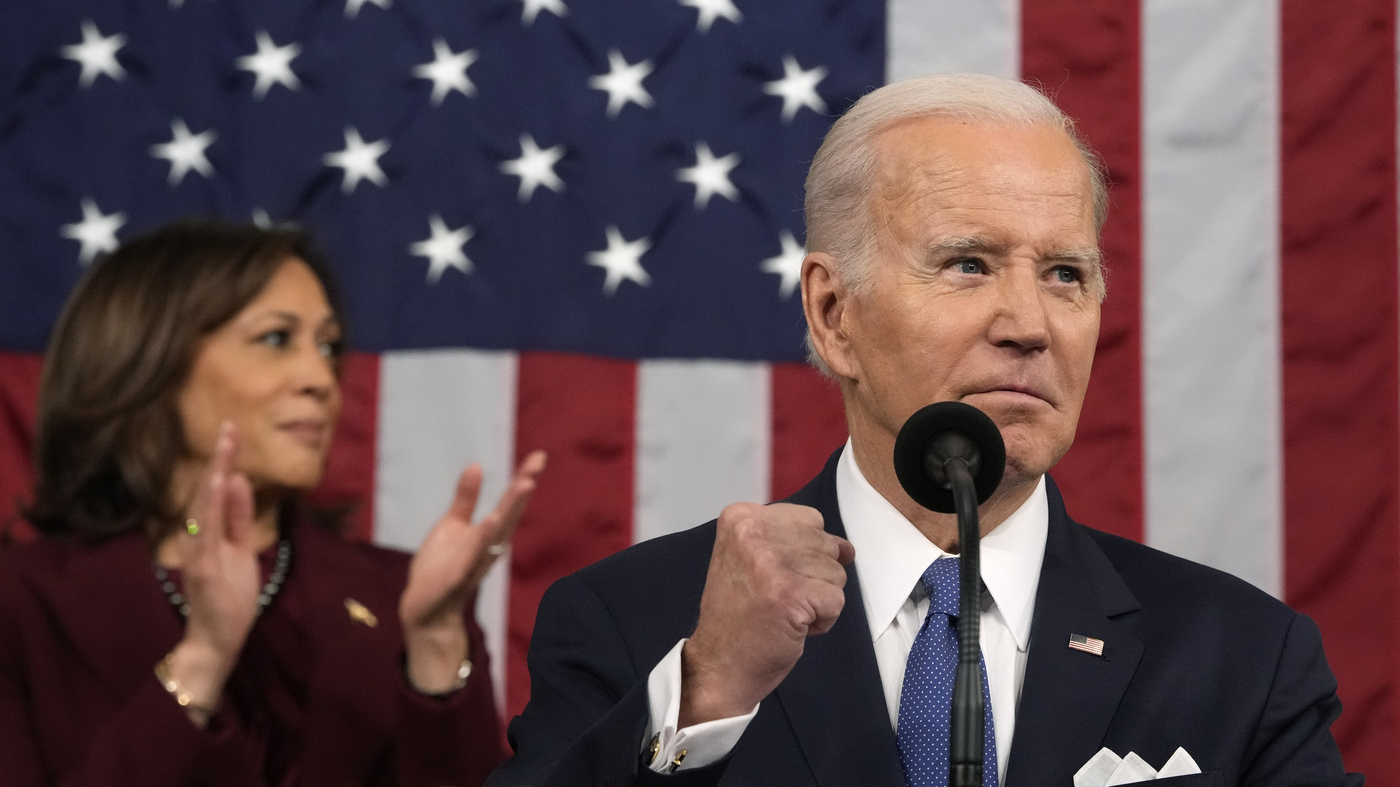 President Biden kept a tight focus on broadly popular policies and bipartisan achievements in a State of the Union address that is likely to serve as a model for his future campaign speeches.