Proceedings are set to resume on Wednesday in Sam Bankman-Fried’s Bahamas court case, after the founder of the FTX cryptocurrency exchange signed papers paving the way for his extradition to the United States, where he faces fraud charges.

Federal prosecutors in Manhattan last week charged the 30-year-old cryptocurrency mogul with stealing billions of dollars in FTX customer assets to plug losses at his hedge fund, Alameda Research, in what U.S. Attorney Damian Williams called “one of the biggest financial frauds in American history.”

Bankman-Fried was arrested on a U.S. extradition request last week in The Bahamas, where he lives and where FTX is based. He initially said he would contest extradition, but Reuters and other outlets reported over the weekend that he would reverse that decision.

It was not immediately clear what would take place at Wednesday’s hearing at Magistrate Court in Bahamas capital Nassau, or when Bankman-Fried would depart the Caribbean nation for New York.

Bankman-Fried’s U.S.-based defense lawyer, Mark Cohen, did not respond to a request for comment. Bankman-Fried has acknowledged risk-management failures at FTX, but has said he does not believe he has criminal liability.

A spokesman for the U.S. Attorney’s office in Manhattan declined to comment.

Wednesday’s hearing will follow a confusing sequence of events this week that left the status of Bankman-Fried’s expected extradition unclear.

On Monday morning, following the news reports he had agreed to be extradited, Bankman-Fried arrived at the courthouse in a black van marked “Corrections” wearing a blue suit jacket and white shirt – a contrast to the casual attire he was known for while running FTX.

At the hearing, his local defense lawyer Jerone Roberts said he was not informed of the purpose of the proceeding. After a brief recess, Roberts said his client had seen an affidavit outlining the charges against him, but wanted access to the full U.S. indictment against him before consenting to extradition.

The proceedings were then adjourned. They had been expected to resume on Tuesday morning, but Bankman-Fried’s legal papers were not ready in time, according to Doan Cleare, The Bahamas’ acting commissioner of Corrections. Cleare told Reuters Bankman-Fried signed those papers around noon on Tuesday.

Bankman-Fried rode a crypto boom to become a billionaire several times over and an influential U.S. political donor, before FTX’s crash wiped out his wealth and tarnished his reputation. The collapse was driven by a wave of customer withdrawals amid concerns over commingling of funds with Alameda.

The $32 billion exchange declared bankruptcy on Nov. 11, and Bankman-Fried stepped down as CEO the same day.

He has since been detained at The Bahamas Department of Corrections in Nassau, known as Fox Hill prison. The U.S. State Department in a 2021 report described conditions at the facility as “harsh,” citing overcrowding, rodent infestation and prisoners relying on buckets as toilets. 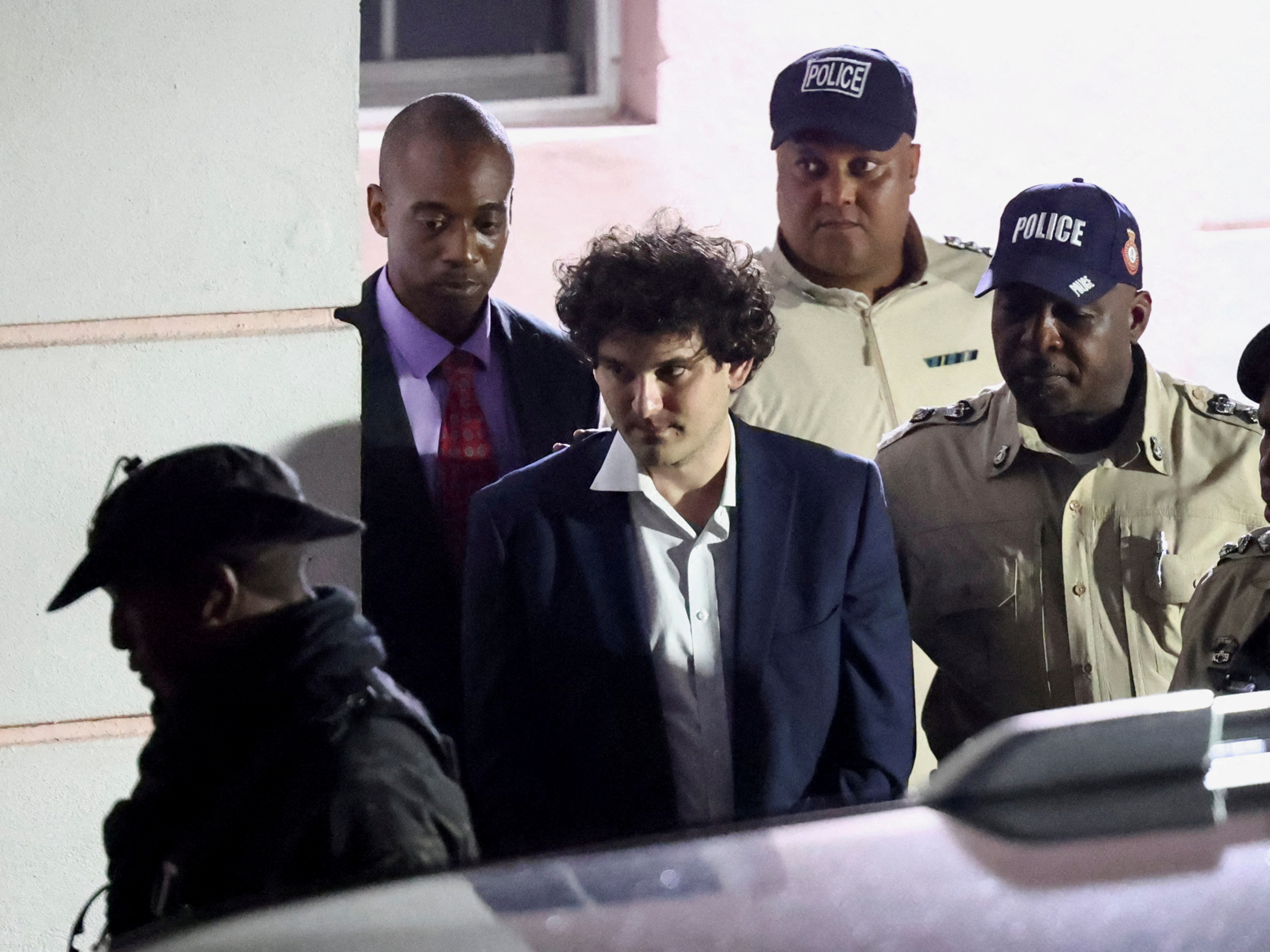 Sam Bankman-Fried, who founded and led FTX until a liquidity crunch forced the cryptocurrency exchange to declare bankruptcy, is escorted out of the Magistrate Court building after his arrest, in Nassau, Bahamas December 13, 2022. REUTERS/Dante Carrer/File Photo 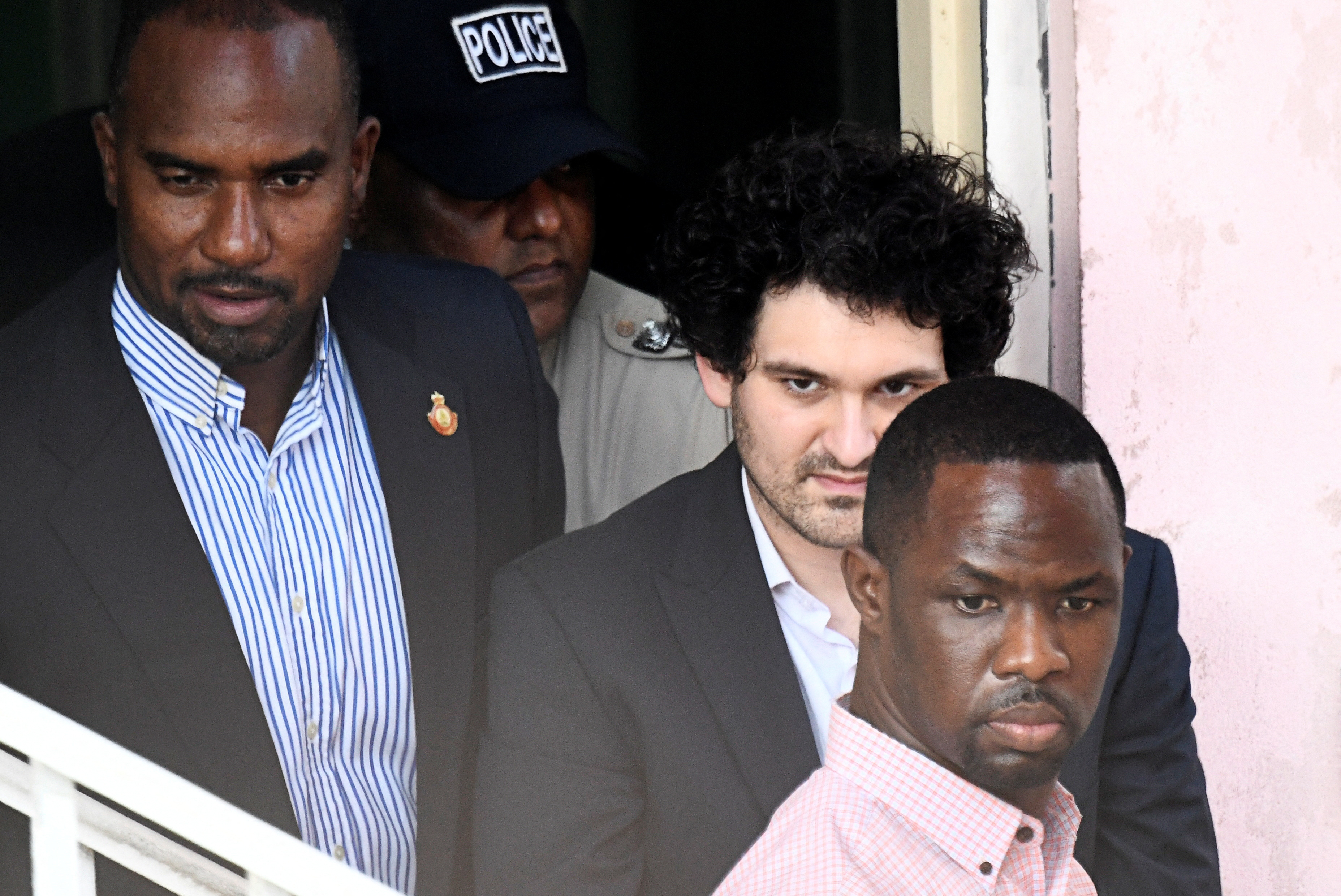