Employers have been asking workers with increasing urgency this year to return to the office, while workers are demanding flexibility, creating a tussle that is yet to be resolved as 2022 draws to a close.

Hybrid arrangements, where workers go into the office part of the week, have gained broad acceptance as a compromise. But many workers are holding out, even as some companies demand full-time return.

The evolving workplace is reshaping businesses that serve office workers. Globally, office real estate is moving toward shorter leases and flexible working setups, according to a JPMorgan Chase report in September. In cities such as London and New York, companies are downsizing but also moving up: demand for prime real estate has grown, while older buildings are likely to suffer.

The landscape for other businesses that served office workers has changed, too. In New York, while more new businesses have opened over the past year than were lost during the pandemic, their geographical distribution has changed, said Kathryn Wylde, chief executive of the Partnership for New York City. Manhattan, where the bulk of offices are, lost businesses, while boroughs like Queens and Brooklyn, where a lot of people live, gained them.

Much is at stake over how the workplace evolves. It could determine whether some people who left the workforce during the pandemic – such as women who served as primary unpaid caregivers, older workers and those suffering from long COVID – return. That, in turn, could impact labor shortages afflicting many economies and sectors.

For employers, the model they choose would determine their attractiveness to workers, especially the younger generations who demand more flexibility and better work-life balance.

While companies could save on real estate, hybrid work could come with other costs — from worries about lost productivity and collaboration to mentoring and the organization’s culture. In regulated sectors such as finance, remote settings could also be detrimental to compliance.

The nature of the workplace could also exacerbate inequalities that were exposed by the pandemic: racial and ethnic minorities were over-represented in frontline tasks where remote working was not possible and faced a higher health risk. Not much has changed for them.

White-collar workers are working hard. A Microsoft report in September said the number of meetings per week had increased 153% globally for the average Teams user since the start of the pandemic – and 42% of workers multi-tasked during those meetings. Still, 85% of the leaders it surveyed felt they did not have confidence employees were being productive in a hybrid workplace.

The coming year could determine who ends up having the upper hand in determining what work looks like in the future. A booming economy and labor shortages have given workers more say; a recession might take some of that away.

“It’s not going to be so easy to give up your job,” Wylde said. “That will probably mean that people are less resistant to the requirement they are back in the office at least three days a week — which is where it feels like it is headed.”

Explore the Reuters’ round-up of news stories that dominated the year, and the outlook for 2023. 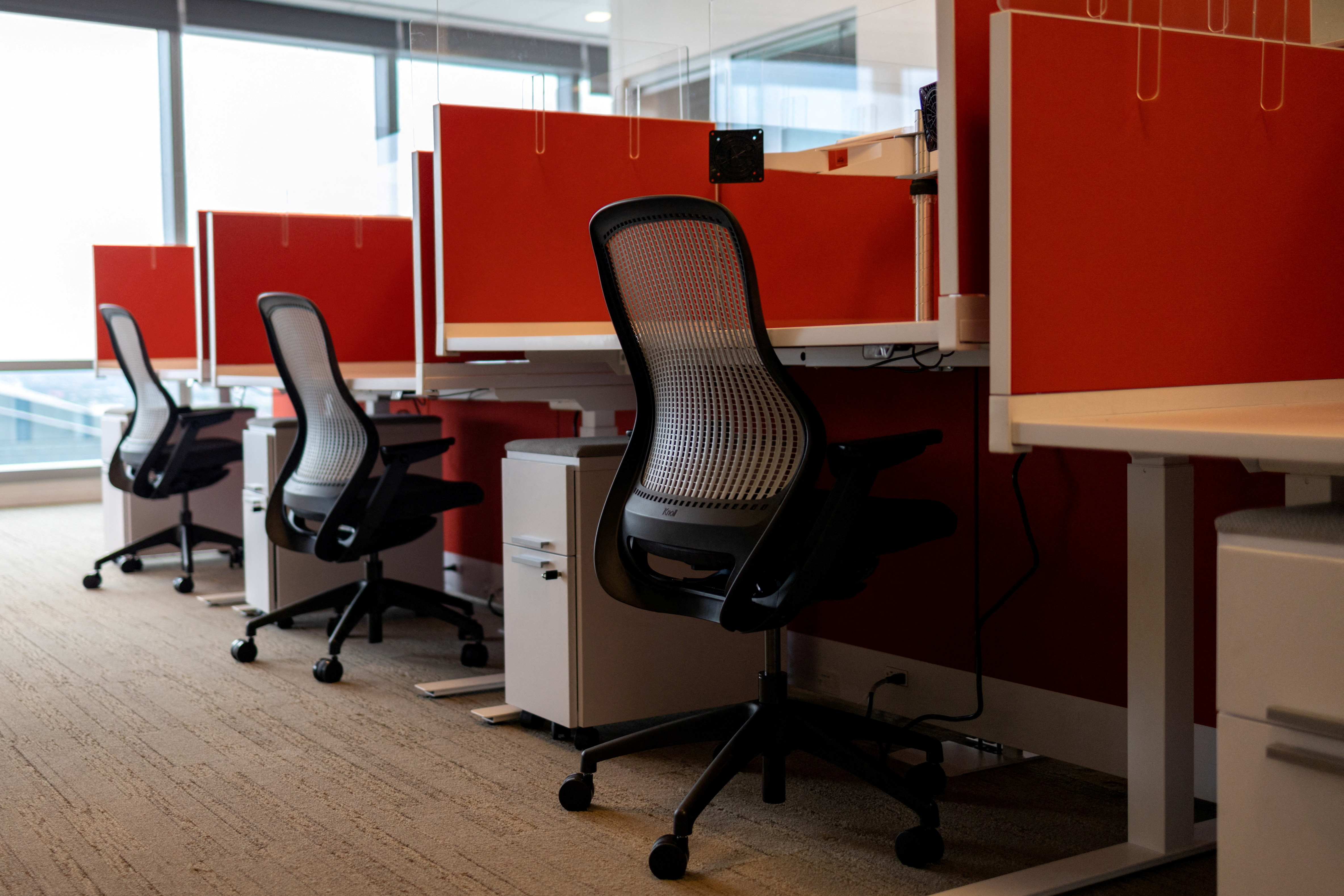 Empty cubicles are seen as the first phase of FMC Corporation employees return to work in the office in Philadelphia, Pennsylvania, U.S., June 14, 2021. REUTERS/Hannah Beier/File Photo 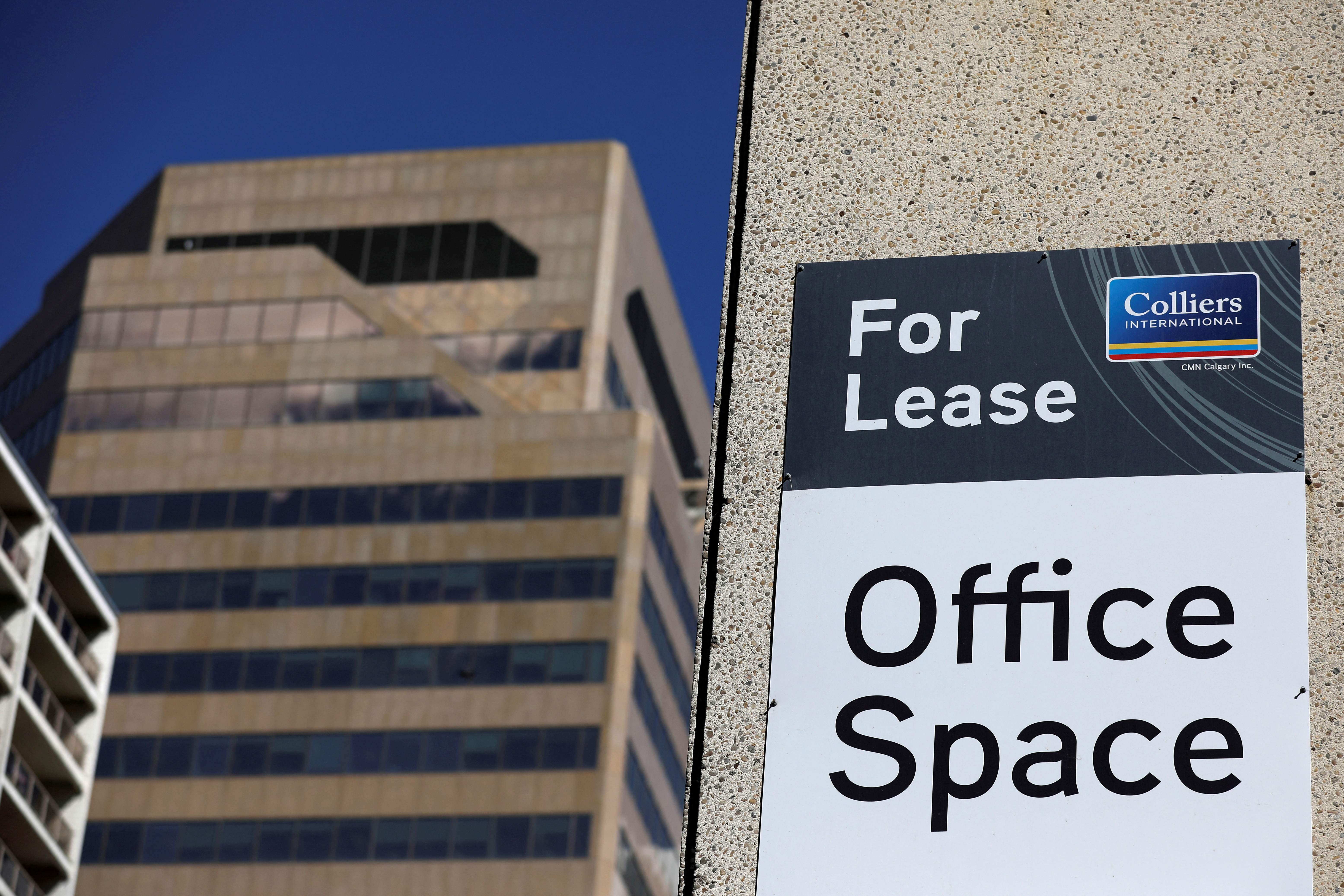 Home » Audio Sources - Full Text Articles » Future of work: Back to the office
a