Listen to this article
2022-12-13T01:35:33Z
Ukrainian President Volodymyr Zelenskiy held talks with U.S. President Joe Biden and with the leaders of Turkey and France on Sunday, stepping up diplomatic activity around a war started by Russia nearly 10 months ago. Flora Bradley-Watson reports.

Zelenskiy also urged G7 leaders gathered at a virtual meeting to support his idea of convening a special Global Peace Summit dedicated to bringing peace to his country.

The summit would be focused on the implementation of Kyiv’s 10-point peace plan that insists on, among other things, Russia’s withdrawal of all its troops from Ukraine and no territorial concessions on Kyiv’s part.

British Defence Minister Ben Wallace said on Monday he would be “open minded” about supplying Ukraine with longer-range missiles to target launch sites for Russian drones that have hit infrastructure if Russia carried on targeting civilian areas.

Moscow has denied targeting civilians but the war has displaced millions and killed thousands of non-combatants.

Jan Egeland, head of the Norwegian Refugee Council, said “unliveable conditions” were likely to send another wave of hundreds of thousands of Ukrainian refugees into Europe over the winter.

In the latest fighting, Russian artillery hammered nearly 20 settlements around the ruined eastern city of Bakhmut, and there was “massive shelling” of the southern city Kherson which was liberated by Ukrainian forces last month, Ukrainian military and civilian officials said on Monday.

Sergey Kovalenko, the head of YASNO, which provides electricity to Kyiv, said on his Facebook page that the limitation to power consumption in the capital remained significant.

Separately, European Union foreign ministers agreed to put 2 billion euros ($2.1 billion) more into a fund that has been used to pay for military support for Ukraine, after it was largely depleted. More money may be added in the future.

There are no peace talks and no end in sight to the conflict, the biggest in Europe since World War Two, and which Moscow describes as a “special military operation” against security threats posed by its neighbour. Ukraine and its Western allies call it an unprovoked, imperialist land grab.

Russia does not yet see a “constructive” approach from the United States on the Ukraine conflict, RIA news agency quoted Deputy Foreign Minister Sergei Vershinin as saying on Monday.

Against a backdrop of setbacks for Russian forces, President Vladimir Putin will not hold his annual televised year-end news conference this month, an event he has used to showcase his command of issues and stamina.

Ukraine has said Russian forces are suffering huge losses in brutal dug-in warfare on the eastern front, where Moscow is battling to take full control of the Donetsk and Luhansk regions, two of four territories the Kremlin claims to have annexed in votes rejected by most countries as illegal.

A senior U.S. military official said Russia was burning through so much ammunition that it was using 40-year-old rounds with high failure rates.

The fighting is also exacting a serious toll on Ukrainian troops.

“There are days when there are many heavily wounded: four or five amputations at once,” Oleksii, a 35-year-old army doctor who declined to give his full name, told Reuters at a military hospital in eastern Ukraine.

There were unverified reports on social media of an attack on a bridge behind the front lines in the Russian-occupied city of Melitopol, seen as vital to Russia’s defence of territory it holds in the south, including Crimea.

Vladimir Rogov, a Russian-installed official in Zaporizhzhia region, shared video on his Telegram channel of what he said was the bridge and blamed Ukrainian “terrorists” for the damage. Ivan Fedorov, the exiled mayor of Melitopol, also shared video showing damage to what appeared to be the same bridge.

Reuters could not independently confirm the reports. 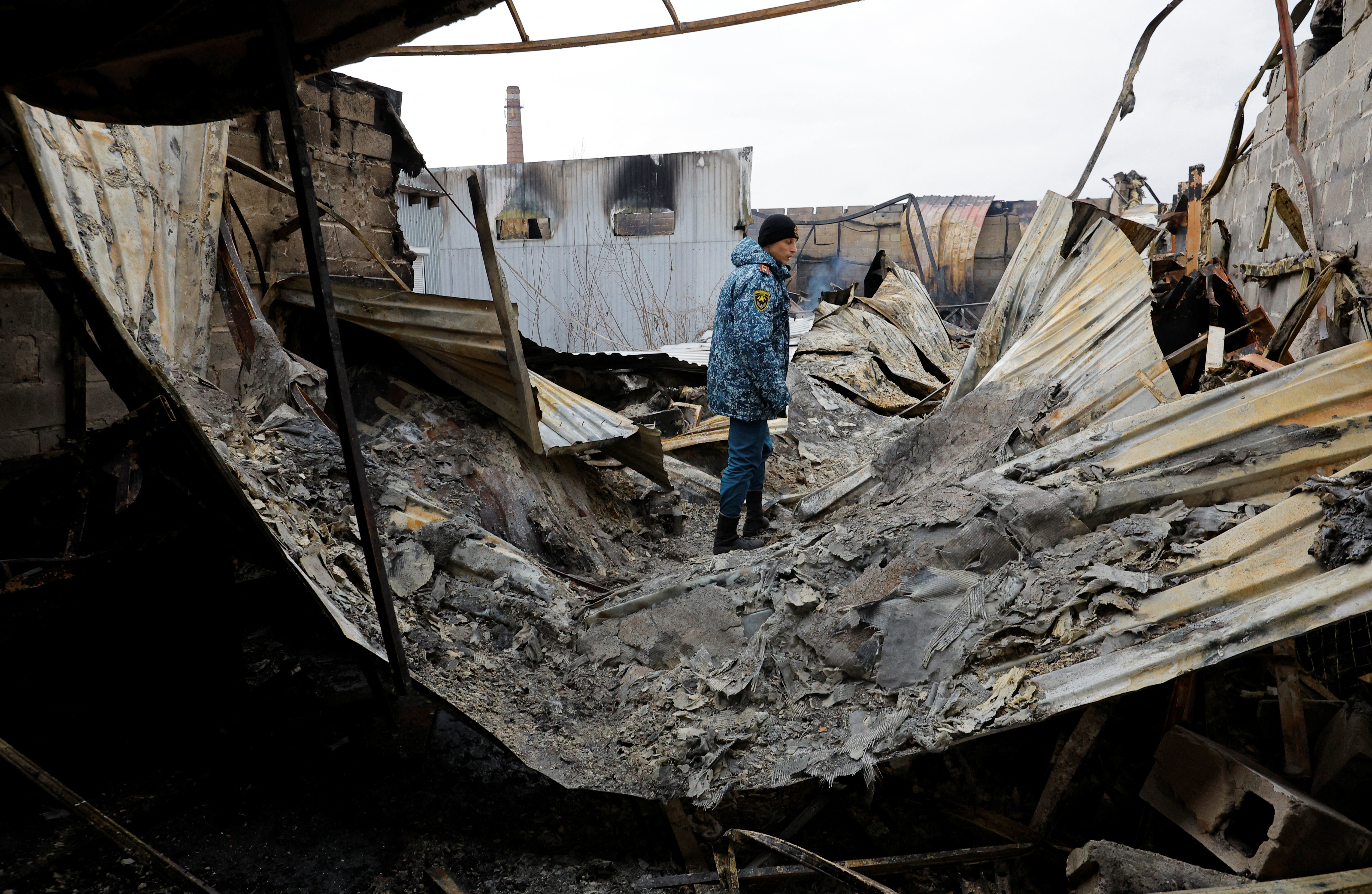 An emergencies ministry member walks at a local market hit by shelling in the course of Russia-Ukraine conflict in Donetsk, Russian-controlled Ukraine, December 12, 2022. REUTERS/Alexander Ermochenko 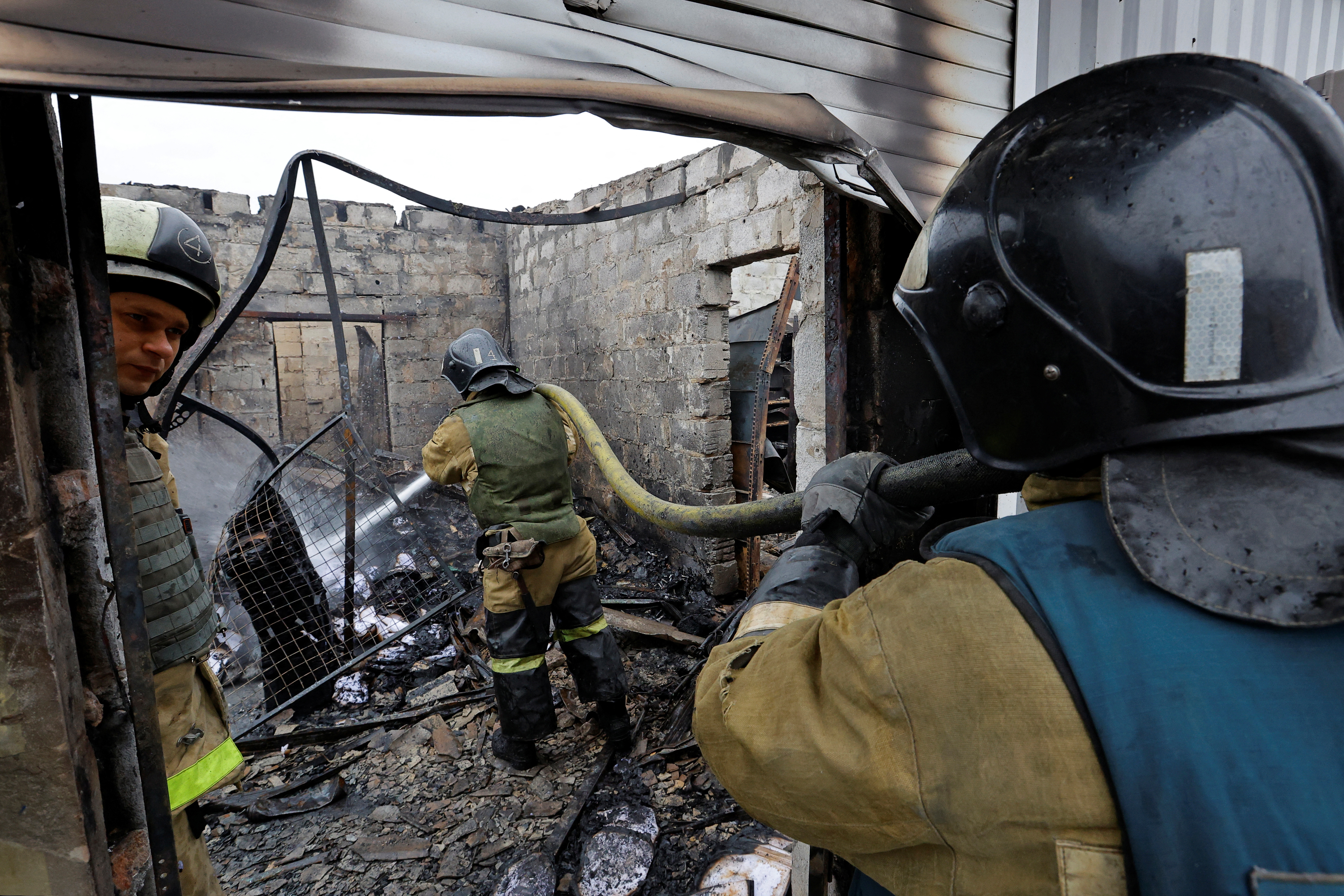 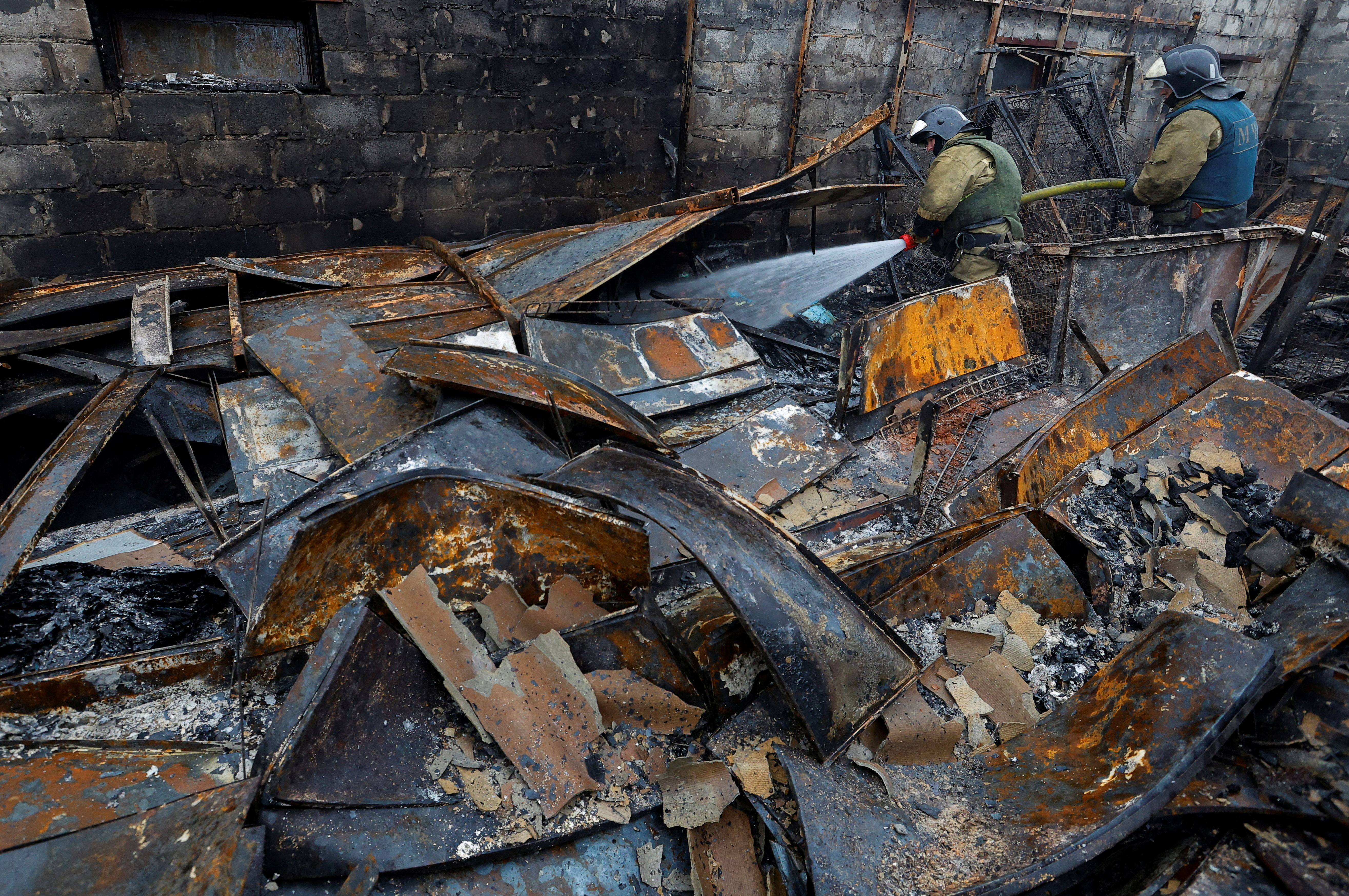 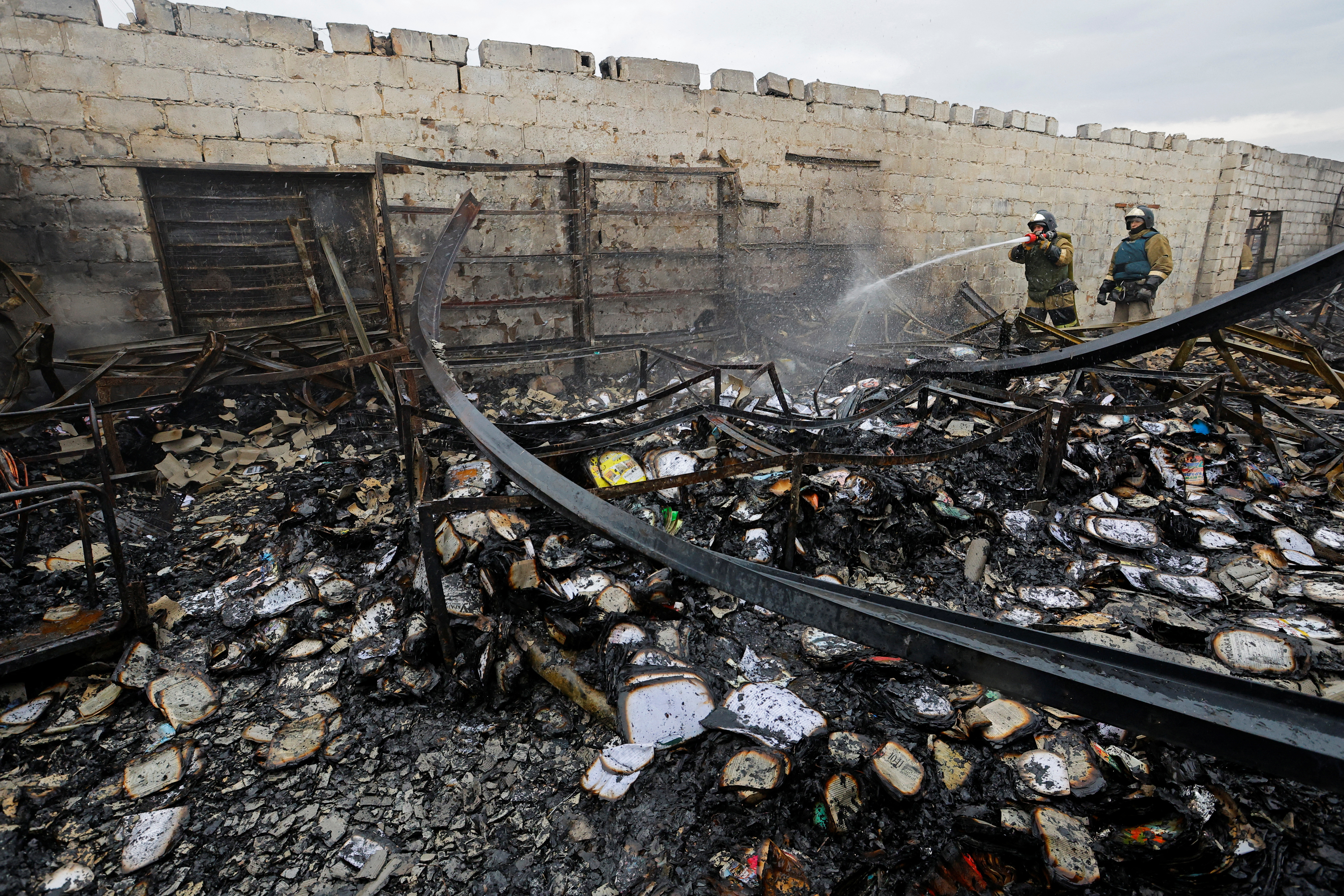 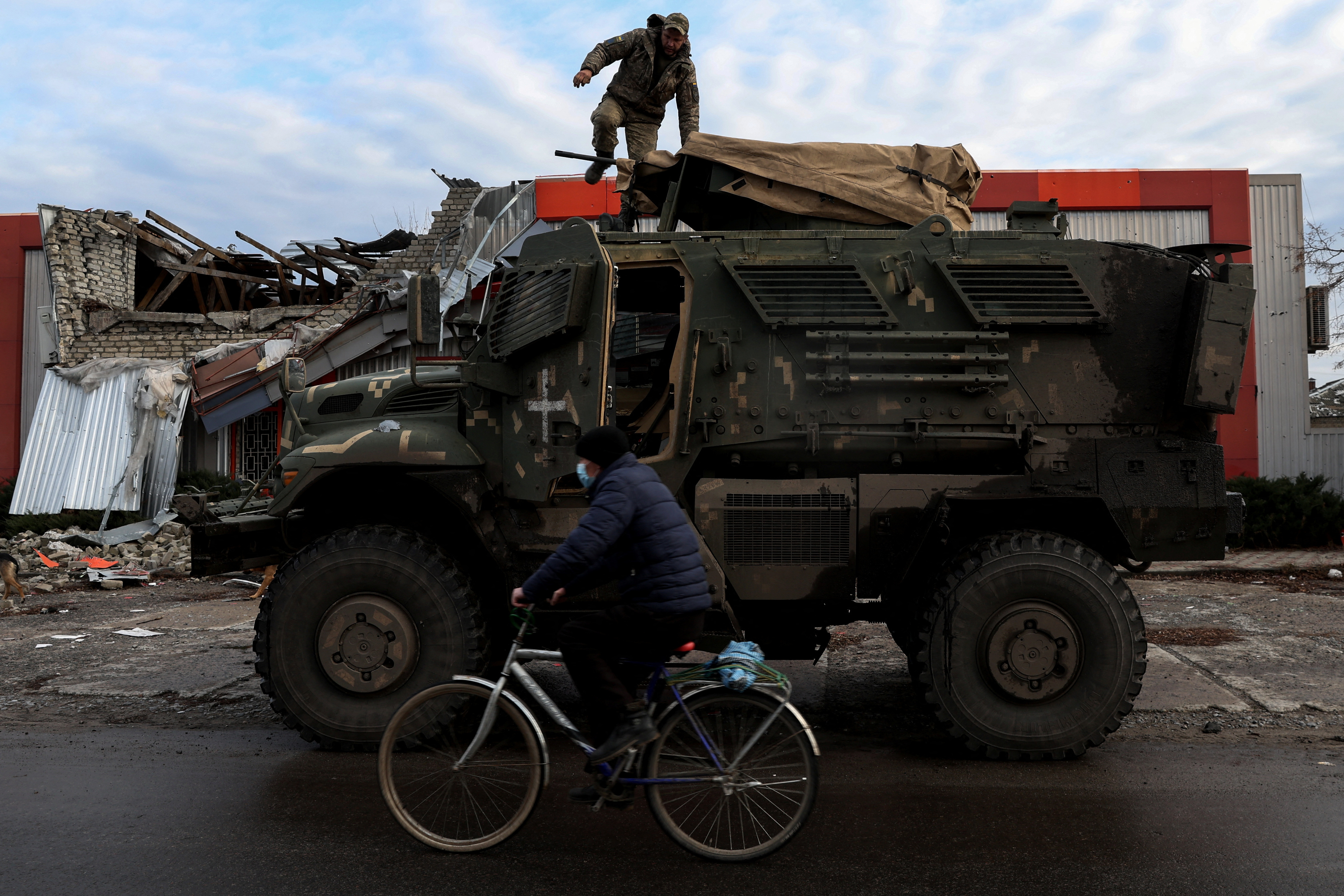 A man wearing a protective face mask rides a bike, as Russia’s attack on Ukraine continues, past a soldier on an American MaxxPro military vehicle in the formerly Russian occupied city of Lyman, Donetsk region of Ukraine, December 11, 2022. REUTERS/Shannon Stapleton 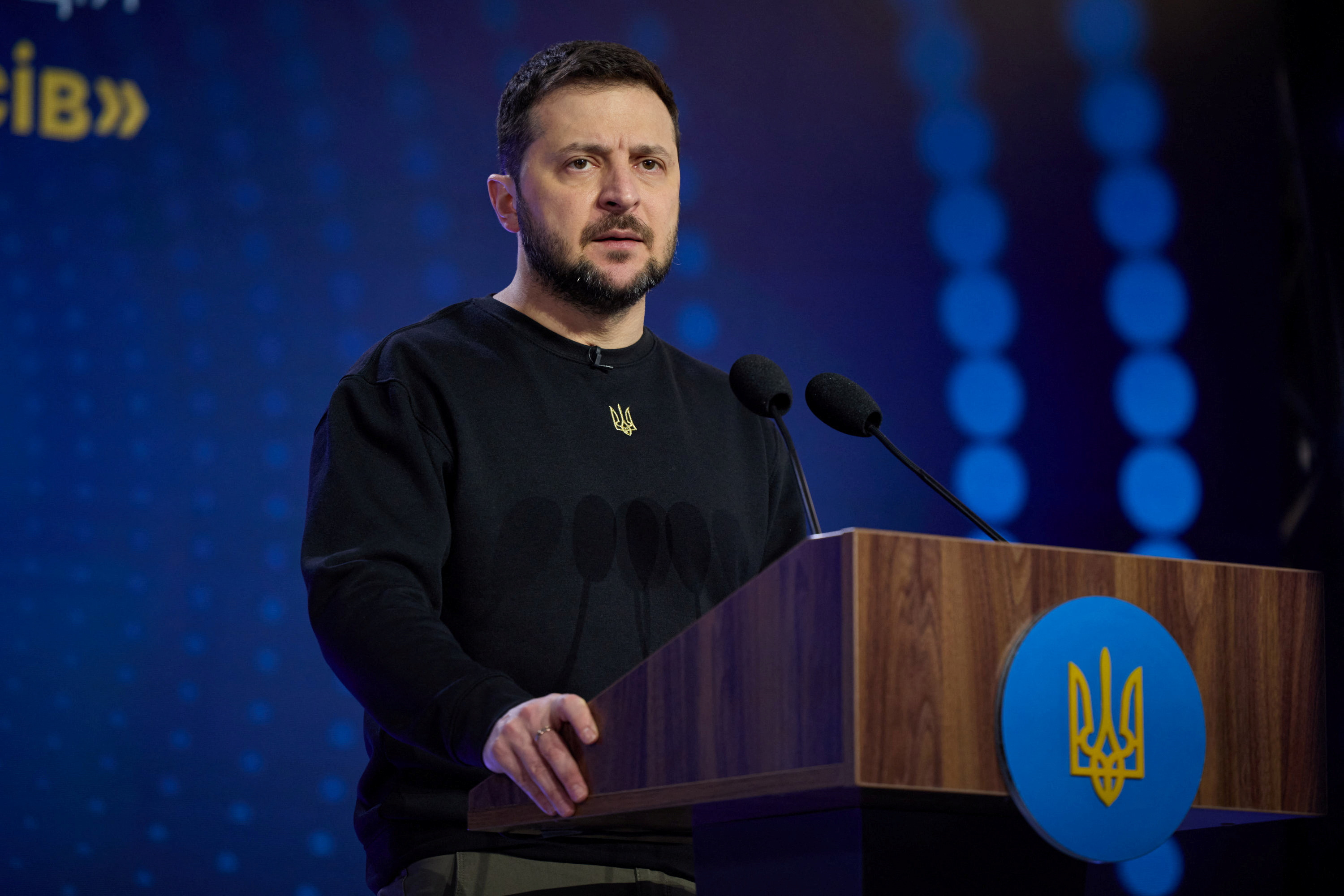 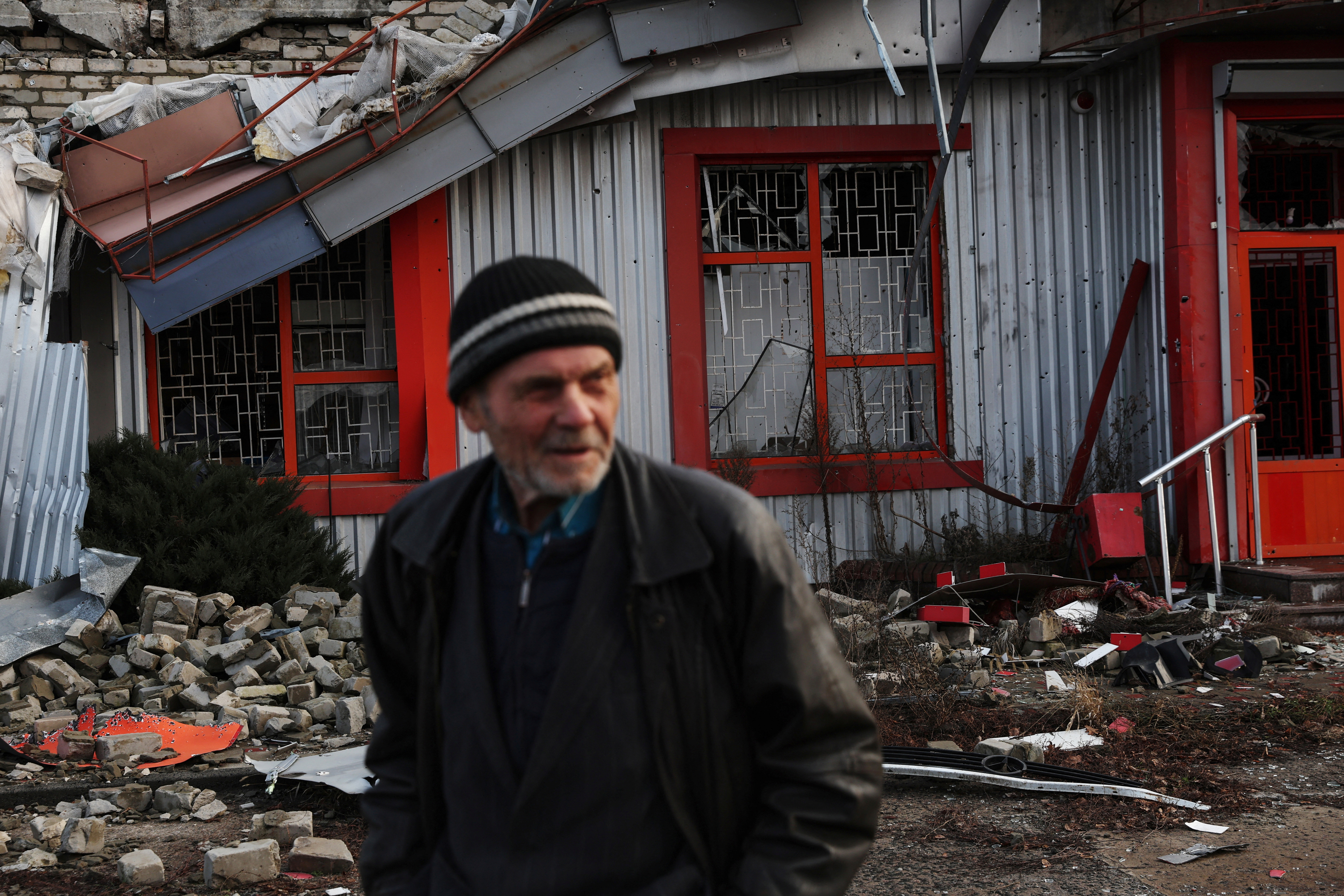 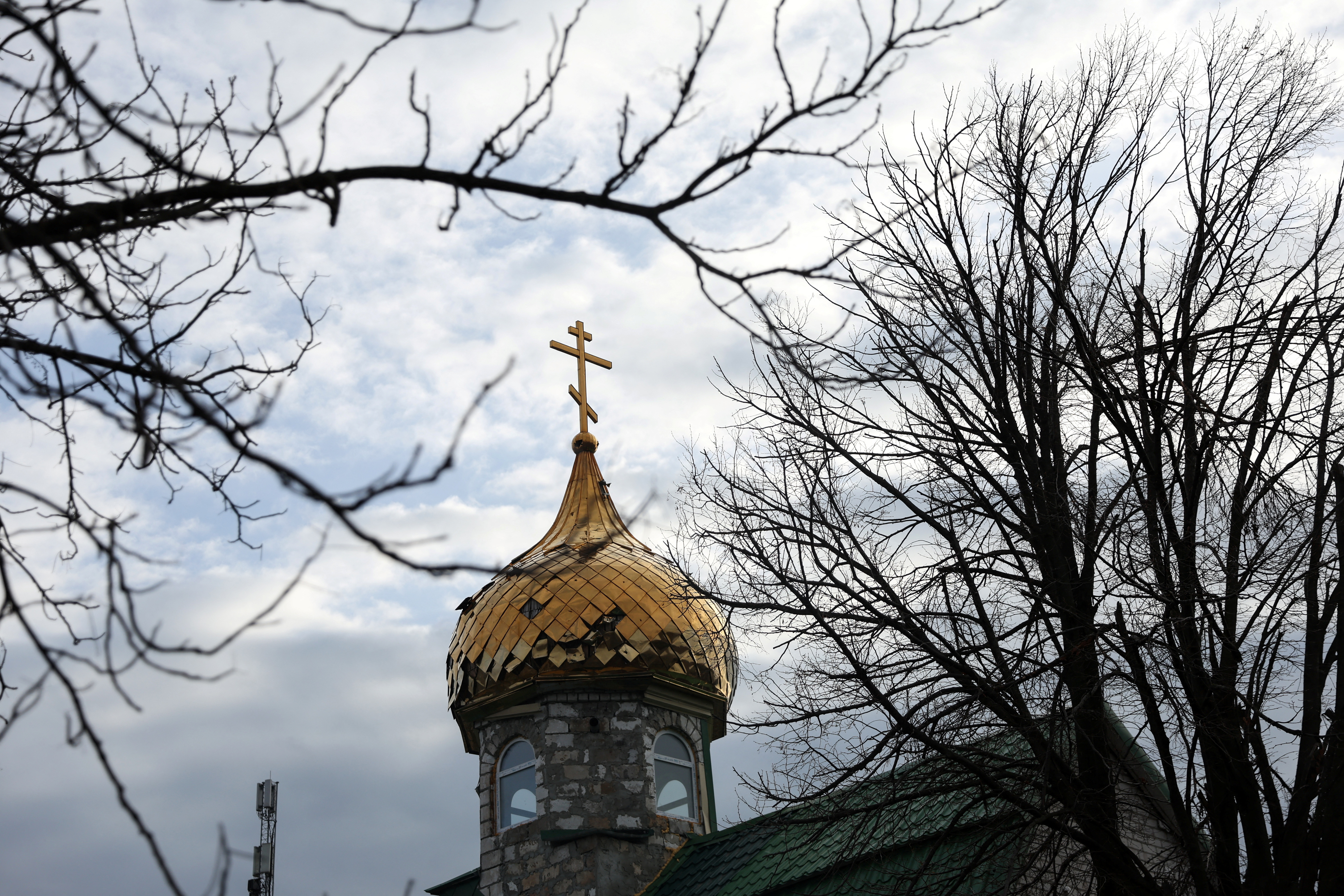 The remains of a cathedral on a war-torn church stand, as Russia’s attack on Ukraine continues, in the formerly Russian occupied city of Lyman, Donetsk region of Ukraine, December 11, 2022. REUTERS/Shannon Stapleton