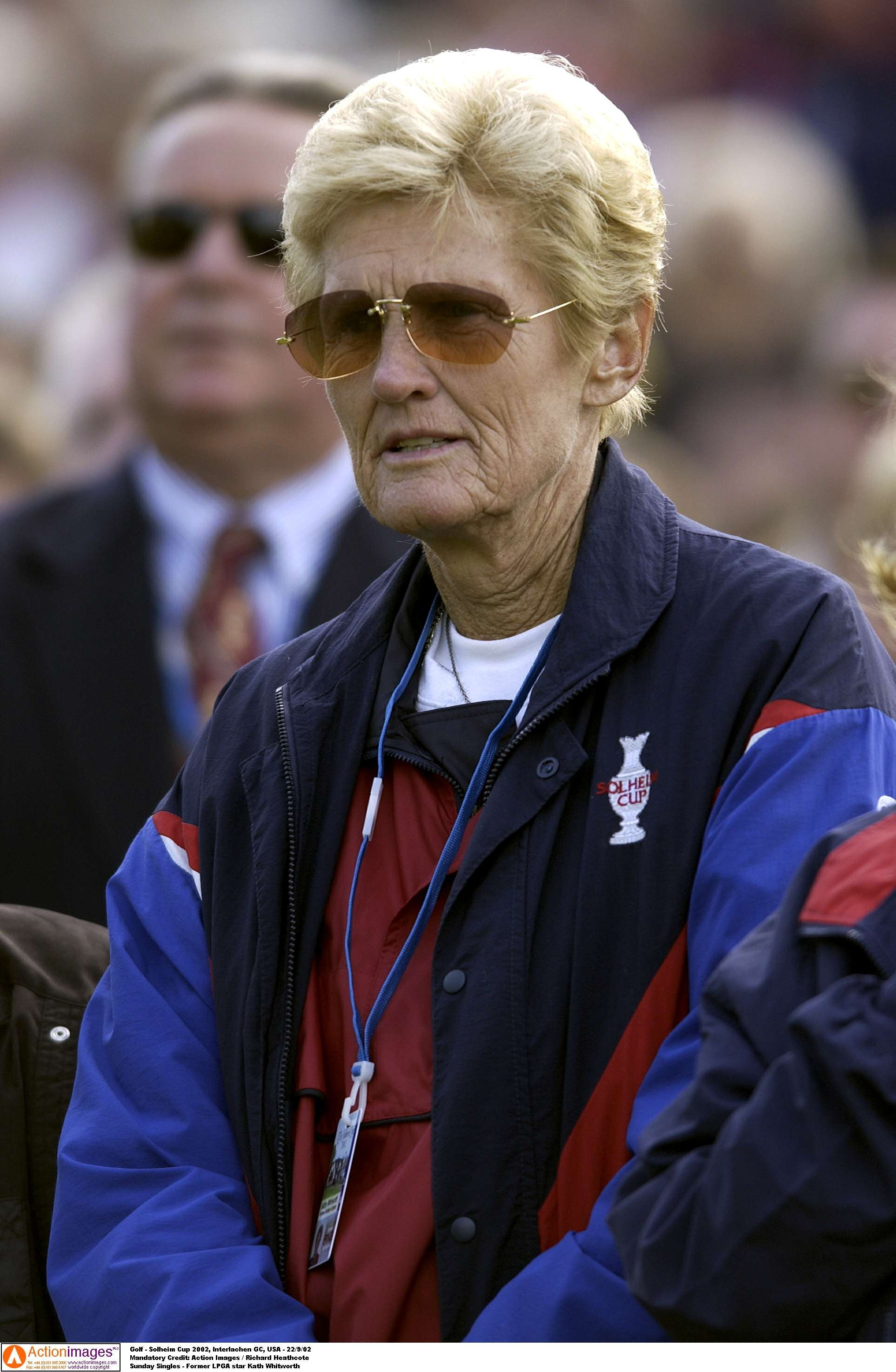 Kathy Whitworth, whose 88 LPGA Tour victories are the most ever by a player on a pro tour, passed away suddenly on Saturday while celebrating Christmas Eve with family and friends, her longtime partner Bettye Odle said. She was 83.

“It is with a heart full of love that we let everyone know of the passing of the winningest golf professional ever, Kathy Whitworth,” Odle said in a statement on Sunday.

“Kathy left this world the way she lived her life, loving, laughing and creating memories.”

The cause of death and location were not disclosed.

Raised in Jal, New Mexico, Whitworth first began playing golf at the age of 15 with her grandfather’s clubs and after winning titles as an amateur and attending Odessa College in Texas, turned pro at 19 and joined the LPGA Tour.

“I was really fortunate in that I knew what I wanted to do,” Whitworth said in a remembrance published on the LPGA Tour’s website.

“Golf just grabbed me by the throat. I can’t tell you how much I loved it. I used to think everyone knew what they wanted to do when they were 15 years old.”

Her mother and father supported her amid a sluggish start to her pro career and she won the first of her 88 LPGA Tour titles at the Kelly Girls Open in 1962.

“I’m glad when I look back on it that I didn’t succeed right away,” Whitworth said.

“When it happened, I was ready.”

She went on to claim six major championships, was named LPGA Tour’s Player of the Year seven times and became the first LPGA player to pass $1 million in career earnings. She claimed her final title at the United Virginia Bank Classic in 1985.

Her career included a rivalry with fellow late World Golf Hall of Famer Mickey Wright, who is second behind Whitworth in LPGA Tour wins with 82. Tiger Woods and Sam Snead are tied for the most wins on the PGA Tour with 82.

Her contemporaries said Whitworth’s fiercely competitive nature is what set her apart.

“She just had to win,” Betsy Rawls, another one of Whitworth’s rivals, said on the LPGA website.

“A lot like Mickey Wright and Louise Suggs. There’s just something that drives them. Kathy was a very intelligent person. It was unacceptable for her to make a mistake.

“She hated herself when she made a mistake. She was wonderful to play with — sweet as she could be, nice to everybody — but oh, man, she berated herself something awful. And that’s what drove her.”

LPGA Commissioner Mollie Marcoux Samaan praised Whitworth’s impact both on and off the course.

“She inspired me as a young girl and now as the commissioner and I know she did the same for so many others,” Samaan said on the LPGA website.

“We all mourn with Bettye, her family and the entire golf world.”