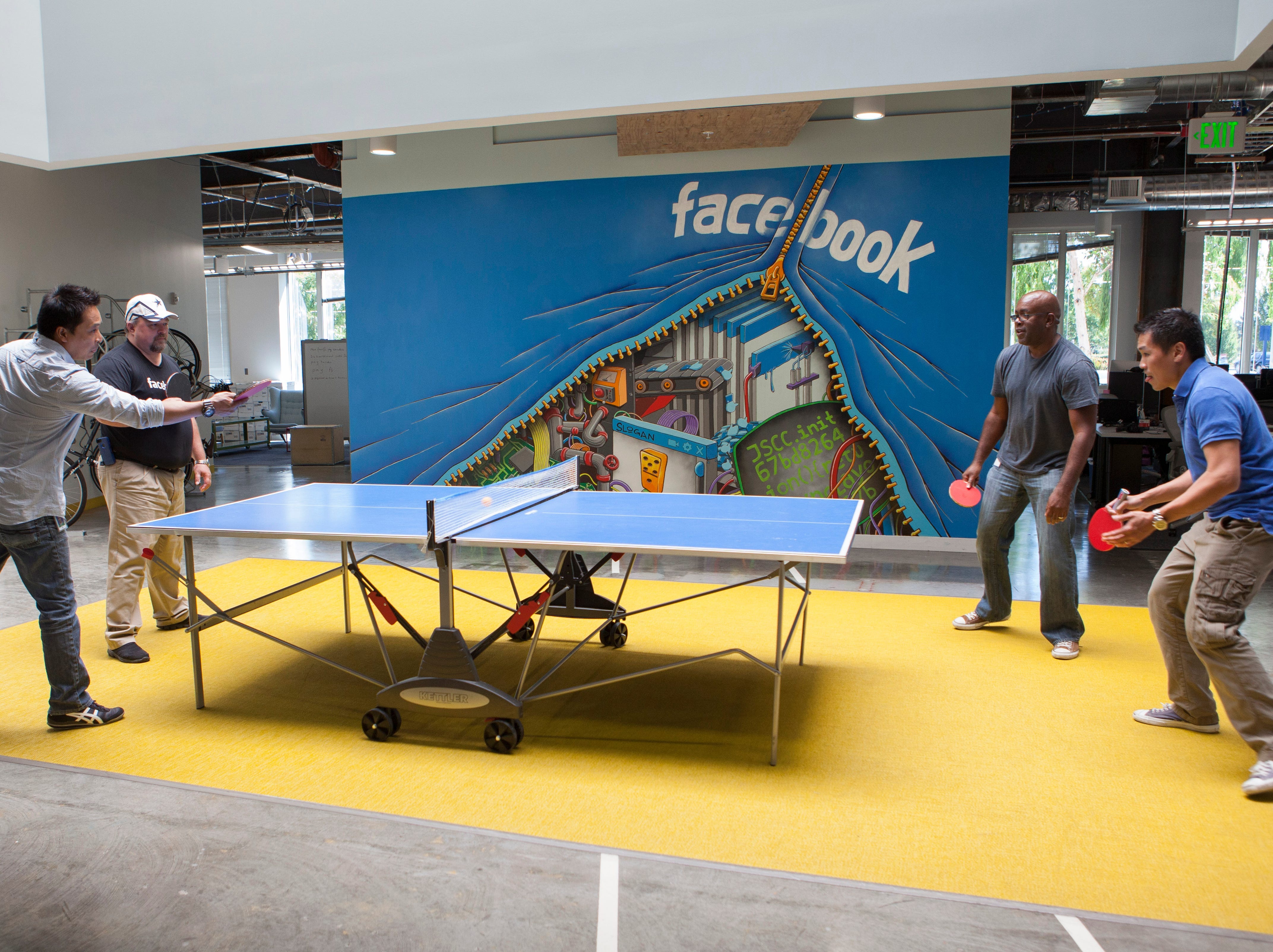 Facebook employees relax with a game of ping-pong at Facebook’s USA headquarters in Menlo Park, California.

Over the past year, more and more tech workers have seen perks pulled as companies try to ride out a tough market and potential recession.

Meta trimmed $1,000 off its health and wellness benefits per employee, canceled on-site laundry, ended a $200-a-month Lyft subsidy program, and is shrinking its free-food budget.

The same goes for Google, which started limiting employee travel to “business critical” trips this year. Salesforce joined the trend by axing its “wellbeing” days for fiscal year 2024.

When Elon Musk purchased Twitter, one of the first things he did was take away perks related to wellness, family planning, productivity, training, and home offices. He made sport of slashing as much as possible from Twitter, even getting rid of free lunch and going as far as demanding that workers go “hardcore” or resign.

As perks disappear and performance reviews become more brutal, tech workers’ compensation will remain high. But for tech workers who, quite literally, enjoyed a free lunch, it still feels like the end of an era.

The end of perks

The disappearance of perks is a turn of events from the decade before. In the 2010s, perks helped companies differentiate themselves from their competitors in the battle to hire and retain engineers. Perks also kept employees in the office, or, in the case of Silicon Valley, on campus — you can’t stray too far if your yoga class is down the hall from your standing desk.

But COVID eliminated the appeal of many perks. It’s hard to enjoy an in-office-climbing wall when no one’s going into the office.

Some companies replaced pre-pandemic perks with ones that addressed more immediate needs of employees like childcare, mental health support, and a stipend towards at-home office fixings. Now, those perks are on the chopping block, too.

Part of this is that tech management has the upper hand for the first time in many workers’ careers. Layoffs have wracked the tech industry, with 150,000 tech workers losing their job in 2022. Those that remain are simply hoping to hold on. As Bernstein analyst Mark Shmulik put it in a note about potential layoffs at Google: “If you have a job at Google, you’re keeping your head down and hoping that cutting toro from the sushi bar is the only cut that affects you.”

A Gartner survey revealed 7 out of 10 CFOs are already planning on scaling back spending on real estate and facilities management as the option of remote work becomes a permanent fixture for many. It also means offices may be less fun and more functional.

Did tech workers even want perks?

But it’s clear that for some tech workers, this perk correction has been overdue.

In May, Jessica Rose, a developer relations consultant at Katla, posed a question to Twitter: “What perks sound good but are a hard no from you?” Going first, she added “For me: anything clearly intended to keep me unhappily trapped in an office. Don’t give me food or hammocks or video games, just let me work remotely or go home on time.”

The tweet attracted responses that ranged from fitness centers at offices to ping pong tables. One Twitter user responded, “team activities, team vacations, and team retreats. I don’t want to go to the Bahamas with Dennis from accounting.”

Another user, JessingAbout, wrote, “Mental health benefits‘ that are actually apps and not like actual therapy coverage.” And David Darnes, a lead developer at Nordhealth, tweeted “free lunches, desk beers, in-office game consoles,” and takeout when working late into the night.

So in 2023, you can expect fewer peppy TikTok “day in the life” videos from young tech workers about the iced matcha latte, and what remains to be quite a bit grimmer.