Rep. Richard Hudson, R-N.C., left, pulls Rep. Mike Rogers, R-Ala., back as they talk with Rep. Matt Gaetz, R-Fla., and other during the 14th round of voting for speaker as the House meets for the fourth day to try and elect a speaker and convene the 118th Congress in Washington, Friday, Jan. 6, 2023.

Rep. Chip Roy: ‘We need a little of this breaking the glass in order to get us to the table’ 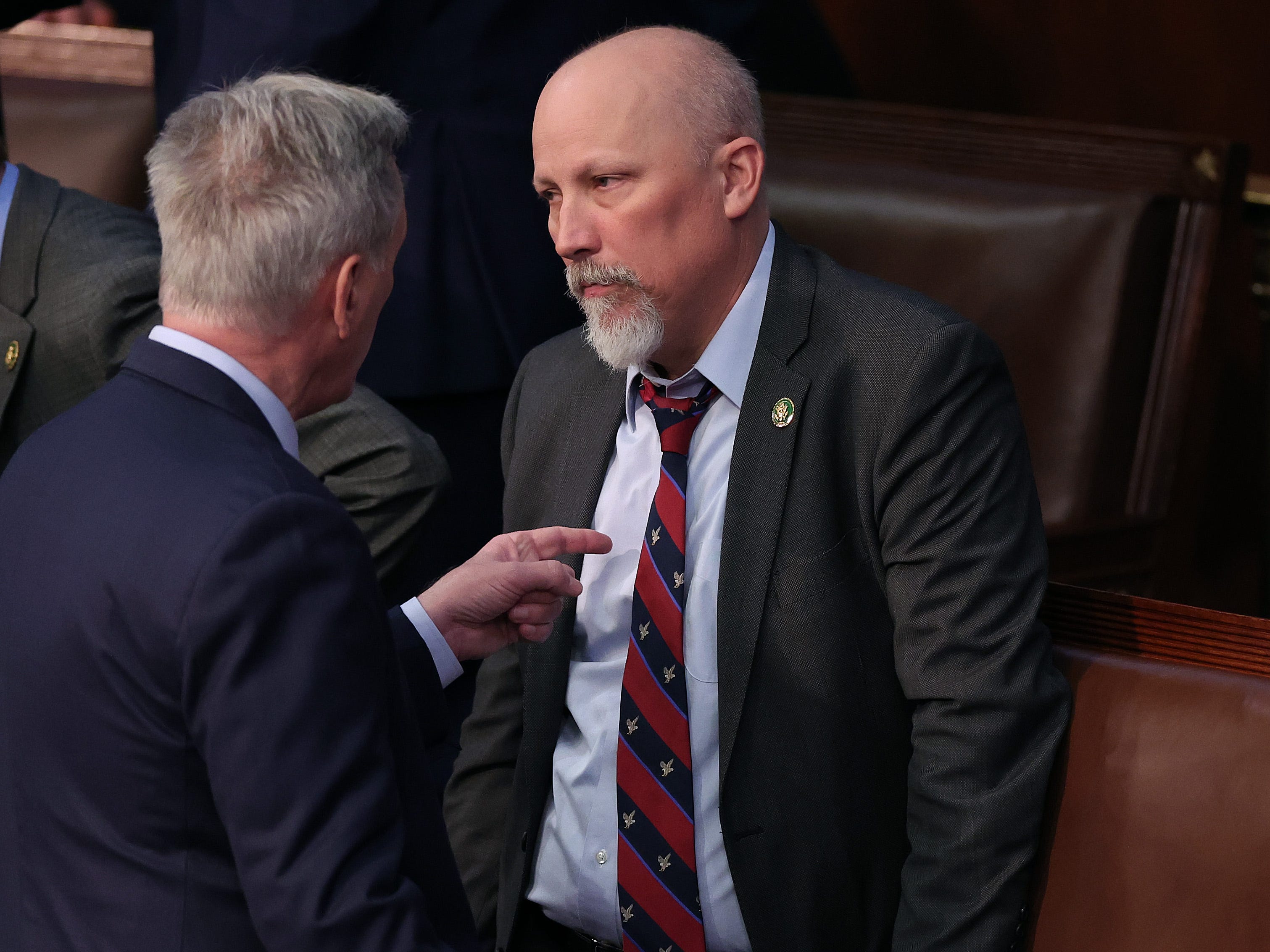 U.S. House Republican leader Kevin McCarthy (R-CA) (L) talks with Rep.-elect Chip Roy (R-TX) in the House Chamber during the fourth day of elections for Speaker of the House at the U.S. Capitol Building on January 06, 2023 in Washington, DC.

A key moment that emerged from the saga was when Rep. Mike Rogers had to be held back from charging at Rep. Matt Gaetz, who instigated some of the turbulence amid the multitude of votes.

The Texas Republican argued on CNN Sunday morning that “a little temporary conflict is necessary in this town.”

“Some of the tensions you saw on display when we saw some of the interactions there between Mike Rogers and Matt Gaetz, you know some of that is, we need a little of that. We need a little of this breaking the glass in order to get us to the table, in order for us to fight for the American people and to change the way this place is dysfunctional,” Roy told CNN’s Jake Tapper on “State of the Union.”

Kentucky Republican Rep. Andy Barr told ABC’s “This Week” that the process “was quite healthy from the standpoint of getting all of these issues resolved now.”

“I understand the American people’s frustration with the delay in electing a speaker,” Barr said. “Not only did the framers of our Constitution expect us to debate the operations of the House and the House rules and how we’re going to function, that’s what a healthy democracy actually requires.”

Rep. Dan Crenshaw: The holdouts ‘didn’t know what they wanted’ 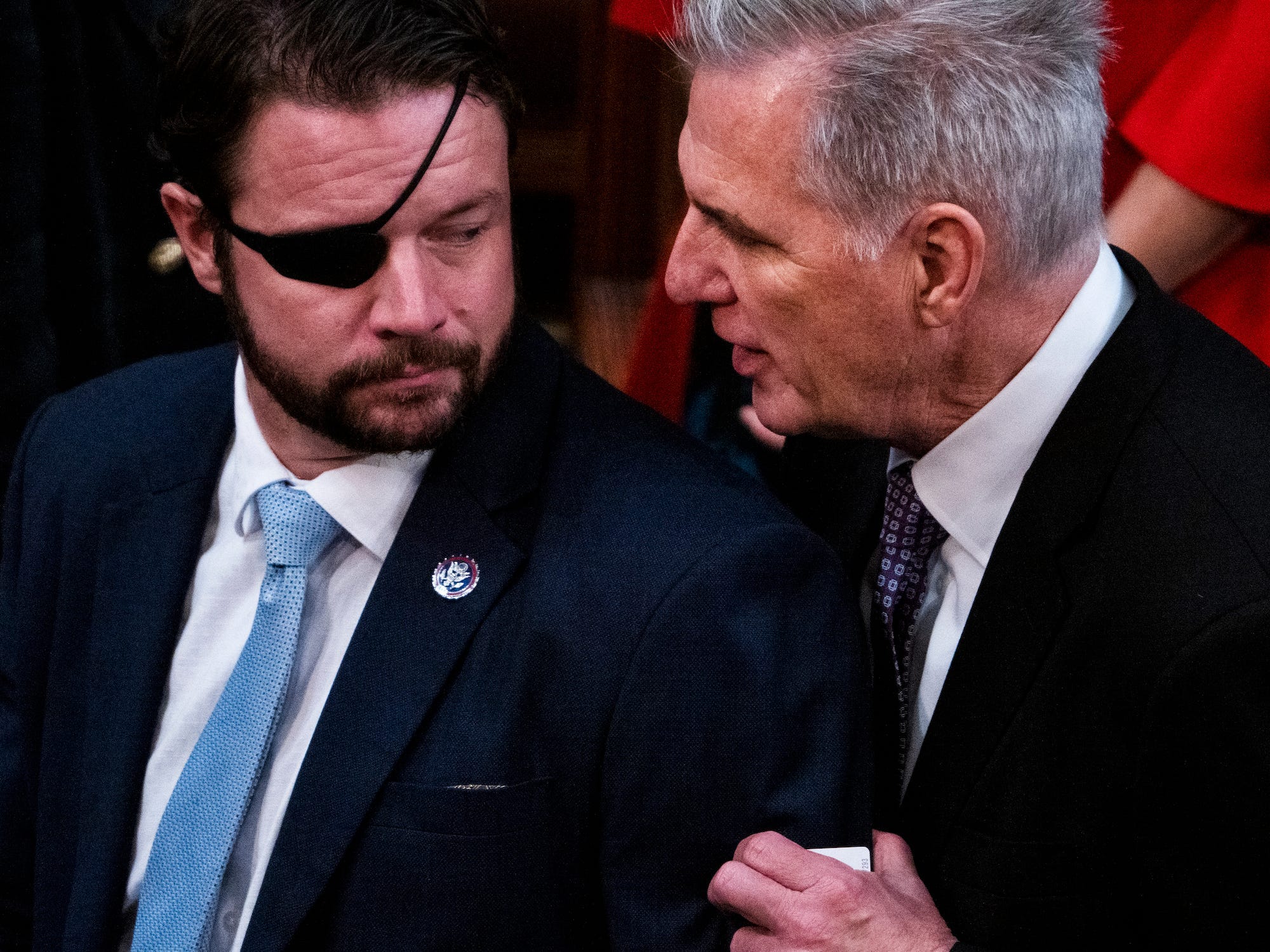 House Republican Leader Kevin McCarthy, R-Calif., right, and Rep. Dan Crenshaw, R-Texas, are seen on the House floor after a vote in which McCarthy did not receive enough votes to become Speaker of the House on Wednesday, January 4, 2023.

Rep. Dan Crenshaw of Texas followed Roy’s interview on CNN shortly afterward, noting that he and a majority of other Republicans were frustrated by the holdouts in the caucus who didn’t appear to know what they wanted to negotiate for.

“The reason the 200 were so upset was because we felt we had already come to the agreement that we have now. This was not new. We had this stuff,” Crenshaw told Tapper on Sunday. “Early on in that week before we had taken a single vote, in a conference with everyone there, Kevin McCarthy asked one of the leaders of this group, ‘What else do you want? Let’s make this work. What else do you want?’ And they couldn’t answer in that moment, and that was a real turning point for a lot of people.”

Crenshaw added: “That was what created all of that animosity throughout the week because it’s not as if we were fighting over something. It wasn’t as if we were trying to stop them from getting something they wanted. It’s that we didn’t know what they wanted.”

When Gaetz caved after over a dozen rounds of voting and marked himself as “present” instead of backing a different conservative, he allowed McCarthy to seize victory by lowering the number of votes needed to win. When asked why he changed his strategy, Gaetz said he “ran out of things I could even imagine to ask for.”

“There’s not as much disagreement as everyone thinks on how that rules package went by and what some of the new changes needed to be,” Crenshaw said. “The only thing I’ll disagree with this group on is it could have been done earlier. So that’s what justifies the animosity that occurred all week. It seemed very, very pointless.” 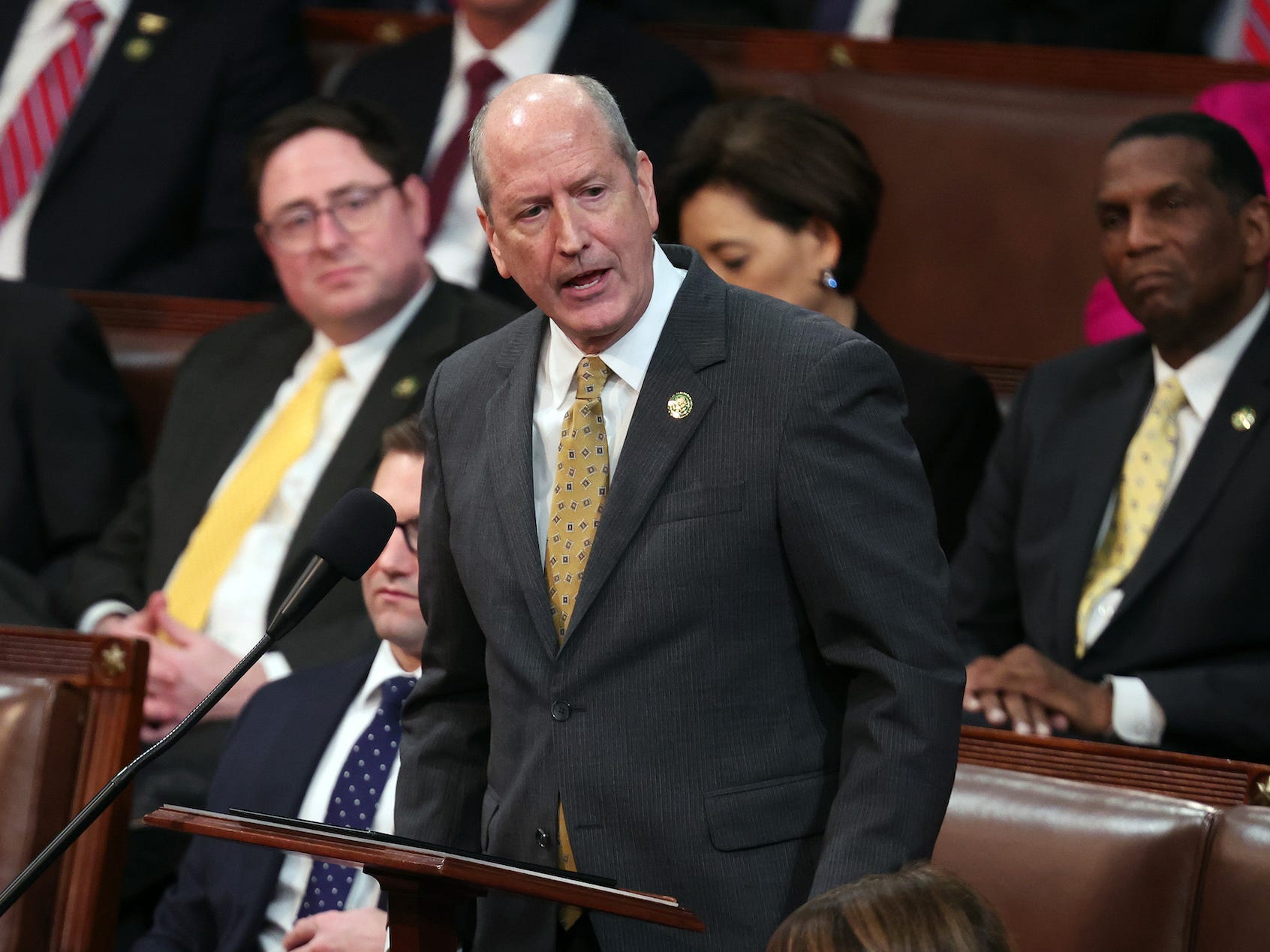 Dan Bishop, then a US Rep.-elect, delivers remarks in the House Chamber during the third day of elections for Speaker of the House at the U.S. Capitol Building on January 05, 2023 in Washington, DC.

Republican Rep. Dan Bishop said on NBC’s “Meet the Press” that the party wasn’t getting enough credit for its successes in the last week.

“My view is we’ve had an opportunity to take a hard look at each other in the Republican conference over the course of this past week,” Bishop said. “Folks in the media constantly said, ‘Oh, it’s dysfunction and chaos.’ No, it was deciding the most important questions about how this Congress is going to proceed, and we accomplished an enormous amount.”

The North Carolina Republican added that he believed the country would see a “great and productive Congress.”

“I think Kevin McCarthy is an extraordinarily talented leader,” Bishop said. “I’m confident that we’re going to, under his leadership, accomplish a great deal for the American people.”

Rep. Andy Biggs: Republicans ‘showed glimpses of what a bona fide constitutional republic should look like’ 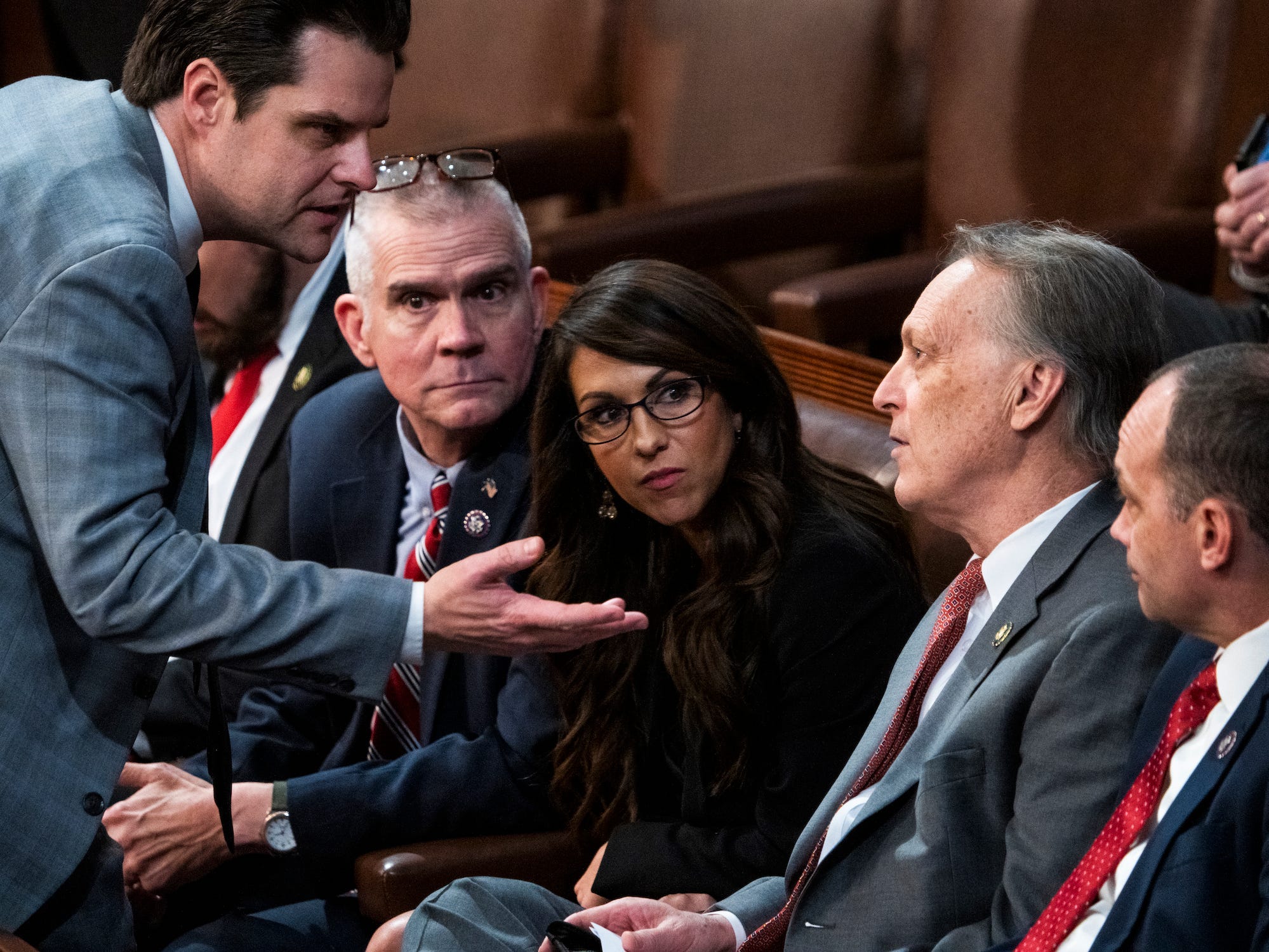 Rep. Andy Biggs of Arizona made similar remarks Saturday night, saying in a statement on Twitter that “the opposition effort still revealed a few positives.”

“We deliberated as a body for the first time in a long time and showed glimpses of what a bona fide constitutional republic should look like. We ought to keep doing that,” Biggs said on Twitter.

Rep. Tony Gonzales, a Texas Republican, echoed a similar sentiment in reflection of the vote for House Speakership

“The House of Representatives is a rough and rowdy place,” Gonzales said on CBS’s “Face the Nation.” “This is only the beginning. And with such a small minority, Republicans are much different than Democrats. We’re not just going to line up and jump off the cliff,” Gonzales said.

Some members of the opposition party were not convinced. Texas Democratic Rep. Colin Allred told CNN not to “be fooled” by the sugar-coated commentary Republicans shared following the speaker election.

“Don’t be fooled by what they were saying. This was not what they wanted. this was not good for them or for the country,” Allred said on Sunday. “They had two months to do these negotiations from the last election. I think it’s a preview of what we’re going to see throughout this congress which is their inability to govern.”