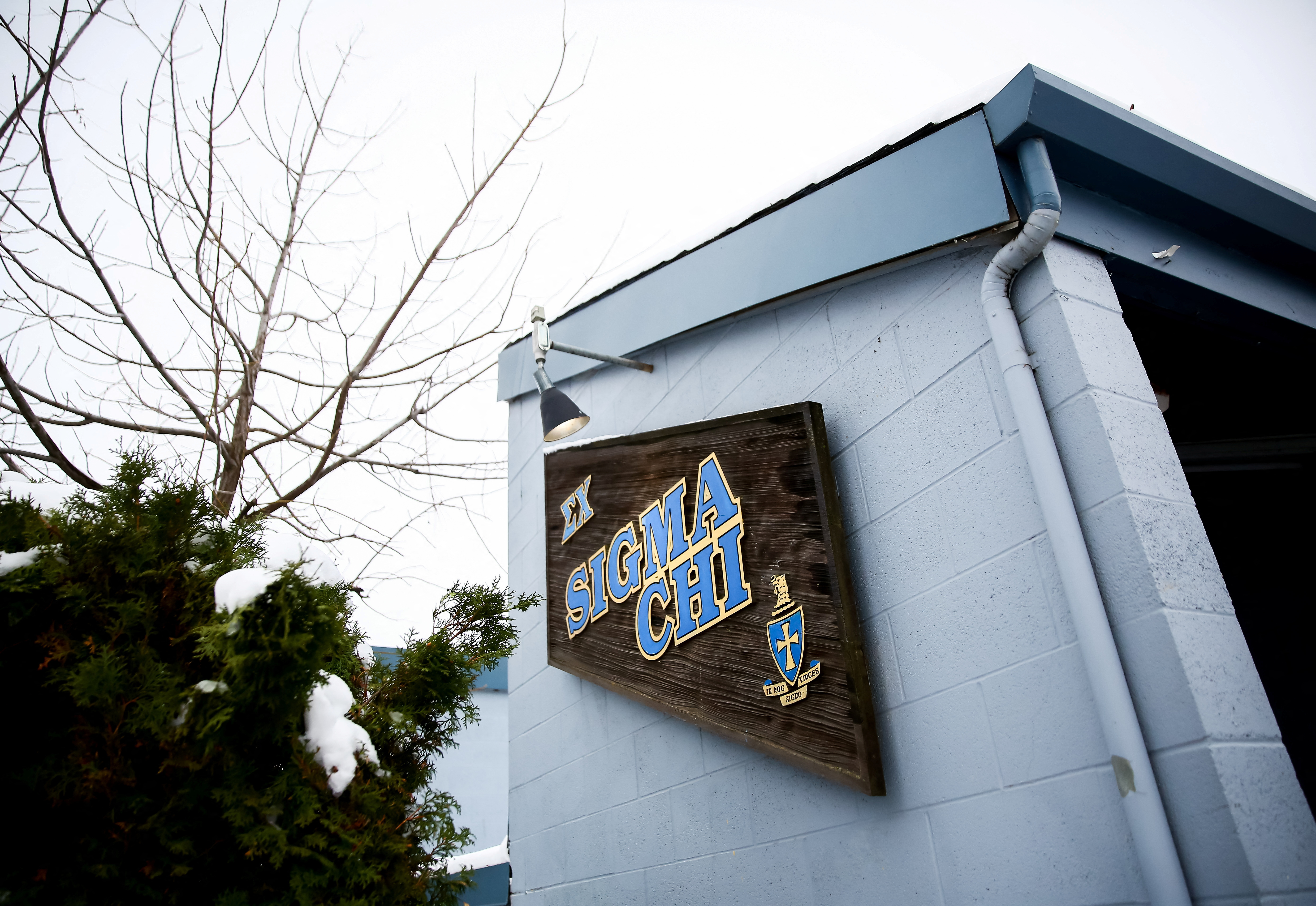 The Sigma Chi fraternity house, where victim Ethan Chapin was a member, is pictured after four University of Idaho students were found killed in their residence on November 13 in Moscow, Idaho, U.S., November 30, 2022. REUTERS/Lindsey Wasson

A graduate student from Washington state has been arrested in Pennsylvania and charged with first-degree murder in the stabbing deaths of four University of Idaho students six weeks ago, authorities said on Friday.

Pennsylvania State Police took Bryan Christopher Kohberger, 28, into custody Thursday night on a fugitive warrant from Idaho, according to James Fry, chief of police in Moscow, Idaho, where the University of Idaho campus is located.

Kohberger has been arraigned in Pennsylvania was being held without bail pending a hearing on Tuesday to determine whether he would agree to or contest his extradition to Idaho, Latah County, Idaho prosecutor Bill Thompson told reporters.

Thompson said the suspect is charged with four counts of first-degree murder and felony burglary in connection with the deaths of four undergraduate students – three women and a man – found slain on Nov. 13 in the off-campus house they shared.

The victims appeared to have been killed with a knife or some other “edged” weapon, police said at the time. Fry said the murder weapon has not been recovered, though police have found a car they had been searching for in connection with the killings.

Authorities said Kohberger was a graduate student at Washington State University (WSU) in Pullman, Washington, about 10 miles from the victims’ campus in the neighboring panhandle of northwest Idaho. He was listed on the WSU’s website as enrolled in the criminal justice and criminology department.

The murders unnerved the college town of Moscow, a community of about 25,000 residents, as police worked to solve the crime over the last six weeks.

Fry said his department received more than 19,000 tips from the public and has conducted more than 300 interviews as part of its investigation.

Asked at a press conference in Moscow whether authorities were seeking additional suspects, Fry said, “We have an individual in custody who committed these horrible crimes, and I do believe our community is safe.”

He declined to offer a possible motive for the crime or to give any details about the investigation or how authorities located Kohberger in Albrightsville, Pennsylvania, about 90 miles north of Philadelphia, where he was arrested.