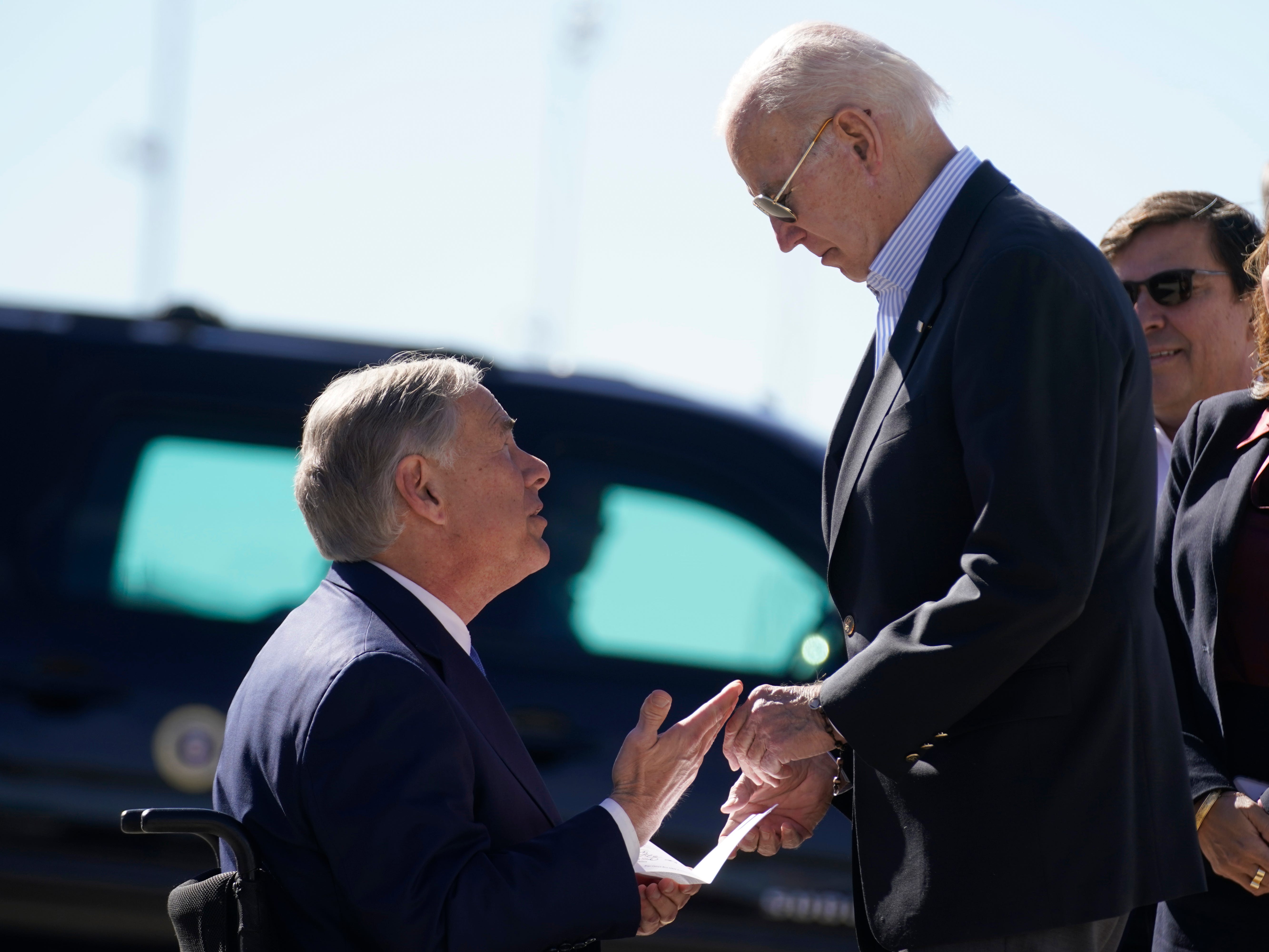 Texas Gov. Greg Abbott hands President Joe Biden a letter that outlined laws that the governor said would make a great difference, if enforced, in addressing the “chaos” at the border, as Biden arrives at El Paso International Airport in El Paso Texas, Sunday, Jan. 8, 2023.

After meeting with Biden, Abbott took questions from reporters in which one asked if he planned to ask the federal government to send Texas additional funds to help address the historic surge in illegal immigration.

“One hundred percent. Texas desperately needs more money,” Abbott said. “I know the Republicans in the US House have committed to providing Texas the money that we need. We just finished over the past two years spending 4 billion of Texas taxpayer dollars for Texas to fill the gap caused by the Biden administration.”

Abbott has previously called on the federal government to reimburse the state for its border efforts and said additional resources, including the National Guard. From October 2020 to October 2021, Border Patrol encountered 1.7 million migrants attempting to cross the US-Mexico border illegally, the highest number in more than 7o years.

In April, Abbott began chartering busses to drop migrants off in other parts of the country, like Washington, DC, and Chicago, without giving those cities any notice — a program that Texas has spent millions of dollars on.

Texas had spent $12 million on the efforts as of August, the Texas Tribune reported at the time. By November, the amount spent busing migrants out of state had risen to $20 million, according to local outlet WFAA.

Abbott’s office did not immediately respond to Insider’s request for comment.