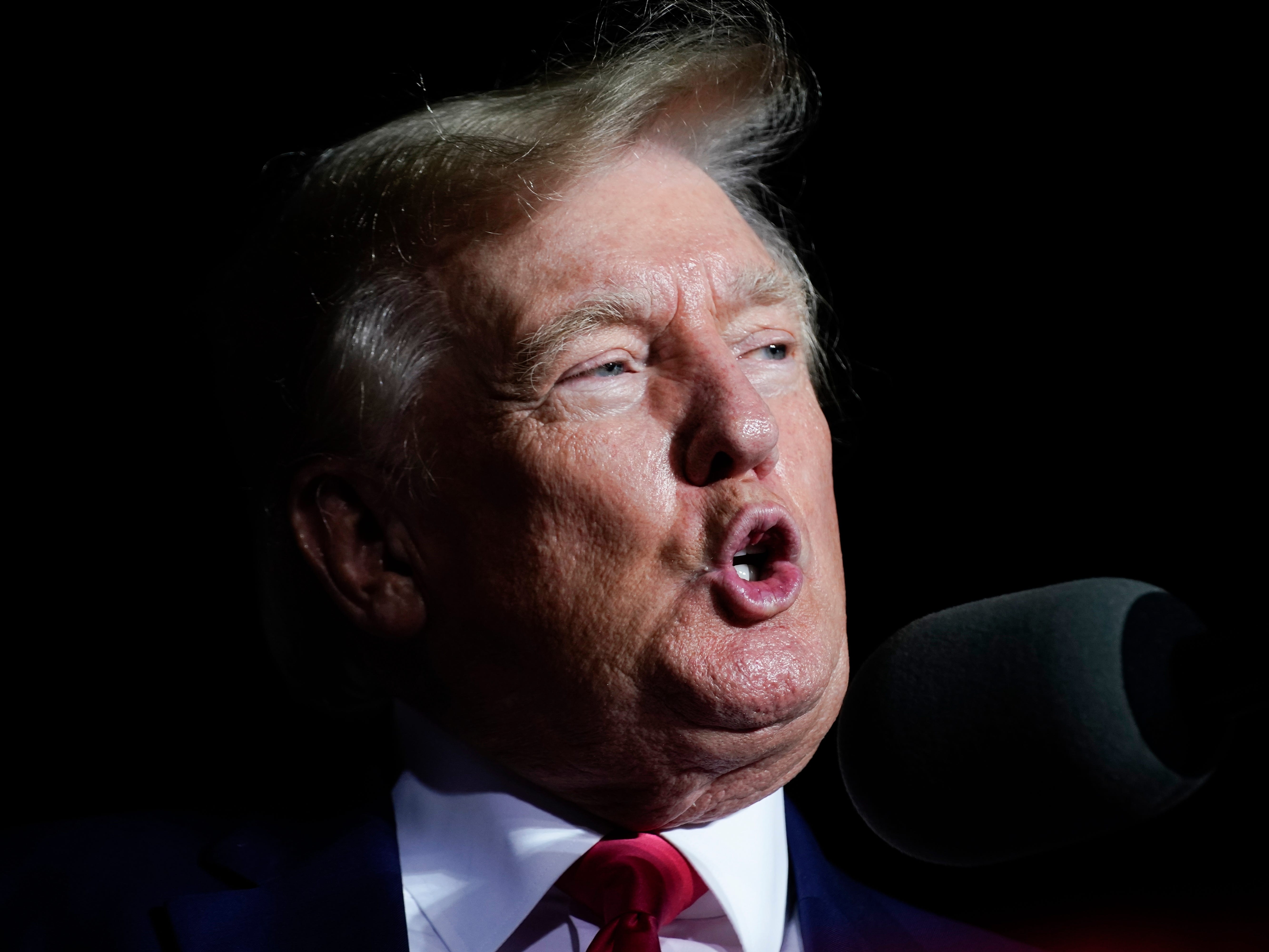 A Harvard law professor has suggested that former President Donald Trump’s legal team should get him to plead insanity if he goes on trial.

In a tweet on December 25, Laurence Tribe, an expert on constitutional law, shared his comments about Trump’s new video message to the January 6 panel.

“If this is the ‘defense’ at Trump’s forthcoming trial, I don’t envy the lawyers who agree to represent him,” Tribe tweeted.

“They’d better be psychiatrists expert at reflexive projection and capable of getting their client to plead insanity,” Tribe added.

The video Tribe was referring to was Trump’s rambling rebuttal to the January 6 committee, which Trump posted to Truth Social on Friday, the day after the House panel released its final report on the Capitol riot. The 845-page report contained revelations about the former president’s role before and during the Capitol riot.

In the video, Trump called the committee members “very bad people” while repeating baseless voter fraud conspiracy theories. Trump also claimed the panel “did not produce a single shred of evidence” that he “in any way intended or wanted violence at our Capitol.”

Tribe is not the first person to suggest that Trump consider an insanity defense. In October, Neal Katyal, a former Justice Department official, made a similar comment when weighing in on Trump’s 14-page response — which contained multiple baseless claims of election fraud — to the House select committee’s intention to subpoena him.

“I can’t see it in any legal way helping him unless he is trying to go for the insanity defense, of which this paper seems, you know, to be some evidence of,” Katyal told MSNBC host Jonathan Capehart.

Separately, on December 19, the House panel investigating the Capitol riot asked the Justice Department to prosecute Trump on four charges. These included conspiracy to defraud the US, conspiracy to make false statements obstruction of an official proceeding, and inciting an insurrection. In response, Trump said in a Truth Social post on December 19 that he felt the move made him “stronger.”

Tribe and a spokesman for Trump did not immediately respond to Insider’s requests for comment sent outside regular business hours.

Home » Audio Sources - Full Text Articles » Trump’s legal team better be able to get him to plead insanity at trial, a Harvard law professor says
a