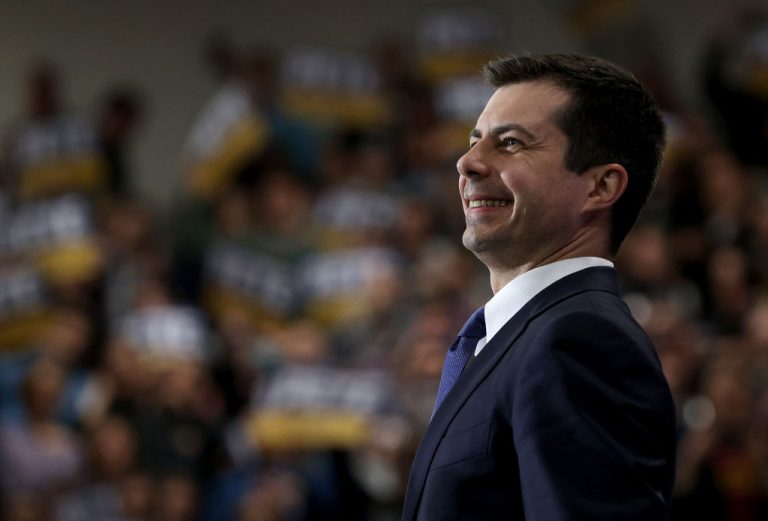 Transportation Secretary Pete Buttigieg was a no-show in negotiations with the rail works union at a key inflection point, opting instead to hit the campaign trail for Democrats ahead of the midterms and leave the heavy lifting to other officials, a move that has angered the secretary’s onetime union allies.

The outrage came after the White House designated Buttigieg as a point man for a new labor agreement with the country’s rail worker unions when negotiations began breaking down in September, according to Politico. Although other officials made public efforts to reach a deal—Labor Secretary Marty Walsh in September said his team spent “20 consecutive hours” at the negotiating table in a press release—neither Buttigieg nor the Department of Transportation, which did not respond to an interview request, made public statements on Buttigieg’s role in negotiations.

But Buttigieg was a regular on the campaign trail, attending more candidate rallies than any other Biden administration official. Union leaders—who sought paid sick leave—told the Washington Free Beacon they no longer see Buttigieg as a friend to their cause.

“He claims to be pro-labor but he’s not,” said retired rail worker Marilee Taylor, who now works at the Railroad Workers United, in a nod to Buttigieg’s ambitious campaign pledges. “He has no idea the conditions working people face. He sits in an office and climate controlled rooms wearing a suit all day. He doesn’t have any idea of what we do.”

The stakes of the contract negotiations between rail workers and their bosses couldn’t have been higher, with workers threatening a strike that could cripple the U.S. economy. As Walsh sat for marathon negotiation sessions in Washington, D.C., in September to avoid a strike, Buttigieg was in Michigan, a midterm battleground state, at the Detroit Auto Show and an awards dinner. At the dinner, Buttigieg expressed his “appreciation to all the parties that stayed at the table,” and celebrated the “good news” that a tentative agreement was reached. The Department of Labor’s announcement of the agreement made no mention of Buttigieg or the Department of Transportation as participants in the negotiations.

Rail workers said they thought they would have an ally in Buttigieg, who enjoyed months of paid paternity leave last year, when it came to worker benefits. Helping a major Democratic voting bloc achieve their goal of getting paid sick days—the main sticking point in the negotiations—could have been an easy way to bolster pro-labor bona fides.

The two sides never reached a final deal. Biden, with the public backing of Buttigieg, turned to Congress. Following a days-long pressure campaign on congressional Democrats from Buttigieg and other White House officials, Biden signed into law a new contract for the nation’s rail workers on Dec. 2. The workers never received their paid sick days.

Rail worker Matt Weaver said he was initially “excited” about Buttigieg’s appointment to run the Department of Transportation. When Buttigieg was nominated, transportation unions heralded the pick and cited his meetings with organized labor during his failed presidential run in 2020 as a sign that he would stand with them.

“I think he is qualified, I just never heard a whole lot pertaining to freight rail labor unions though,” Weaver told the Free Beacon. “Pete’s not exactly been a cheerleader for our unions.”

After the tentative deal in September, Buttigieg jetted off to New Hampshire so that he could headline the Eleanor Roosevelt Dinner hosted by the state’s Democratic Party. One of the largest Democratic fundraisers in the state, the event featured a number of the party’s candidates up for election.

Buttigieg’s remarks at the dinner made no reference to the potentially disastrous rail strike. Instead, he spoke of the United States’ “never ending journey to become greater and our refusal to settle for things as they are.” He later traveled to Nevada to headline a fundraiser for Sen. Catherine Cortez Masto and then knocked doors for her. In an interview with a local outlet, Buttigieg spoke about “a woman’s right to make decisions about her own body” and gay marriage.

Few other members of the electorate are more important for any Democrat seeking office than organized labor. Their endorsements—or ire—can doom a candidate’s bid. A study from the Center for American Progress concluded that union members “cemented President Biden’s electoral victory” in 2020.

According to the unions, rail workers need paid sick days to operate their positions safely and effectively. The new contract signed into law by Biden earlier this month includes more personal days, although workers say they must give up to 30 days notice to use them.

Some Republicans, such as Sens. Josh Hawley (Mo.) and Marco Rubio (Fla.), saw Buttigieg and the Biden administration’s inability to negotiate a contract as a political opportunity to show solidarity with blue-collar voters. The pair, along with three other Senate Republicans, voted against forcing the contract on rail workers without sick pay.

“This was the White House and management and union bosses teaming up to use federal law to force workers to accept contracts they rejected in negotiations,” Hawley said in a Dec. 1 statement. “And then people in D.C. wonder why working Americans think the system is rigged.”

Even unions that weren’t impacted by the contract said they won’t forget the Biden administration’s conduct. The American Postal Workers United said the negotiations proved to be “a fundamental test of ‘Which Side Are You On?'”

“This administration and the majority of the Democratic-controlled House of Representatives and Senate failed,” the union said.

The post ‘He Claims To Be Pro-Labor But He’s Not’: Buttigieg’s Focus On Midterms During Stalled Rail Negotiations Strains Relationship With Unions appeared first on Washington Free Beacon.

Home » Audio Sources - Full Text Articles » ‘He Claims To Be Pro-Labor But He’s Not’: Buttigieg’s Focus On Midterms During Stalled Rail Negotiations Strains Relationship With Unions
a