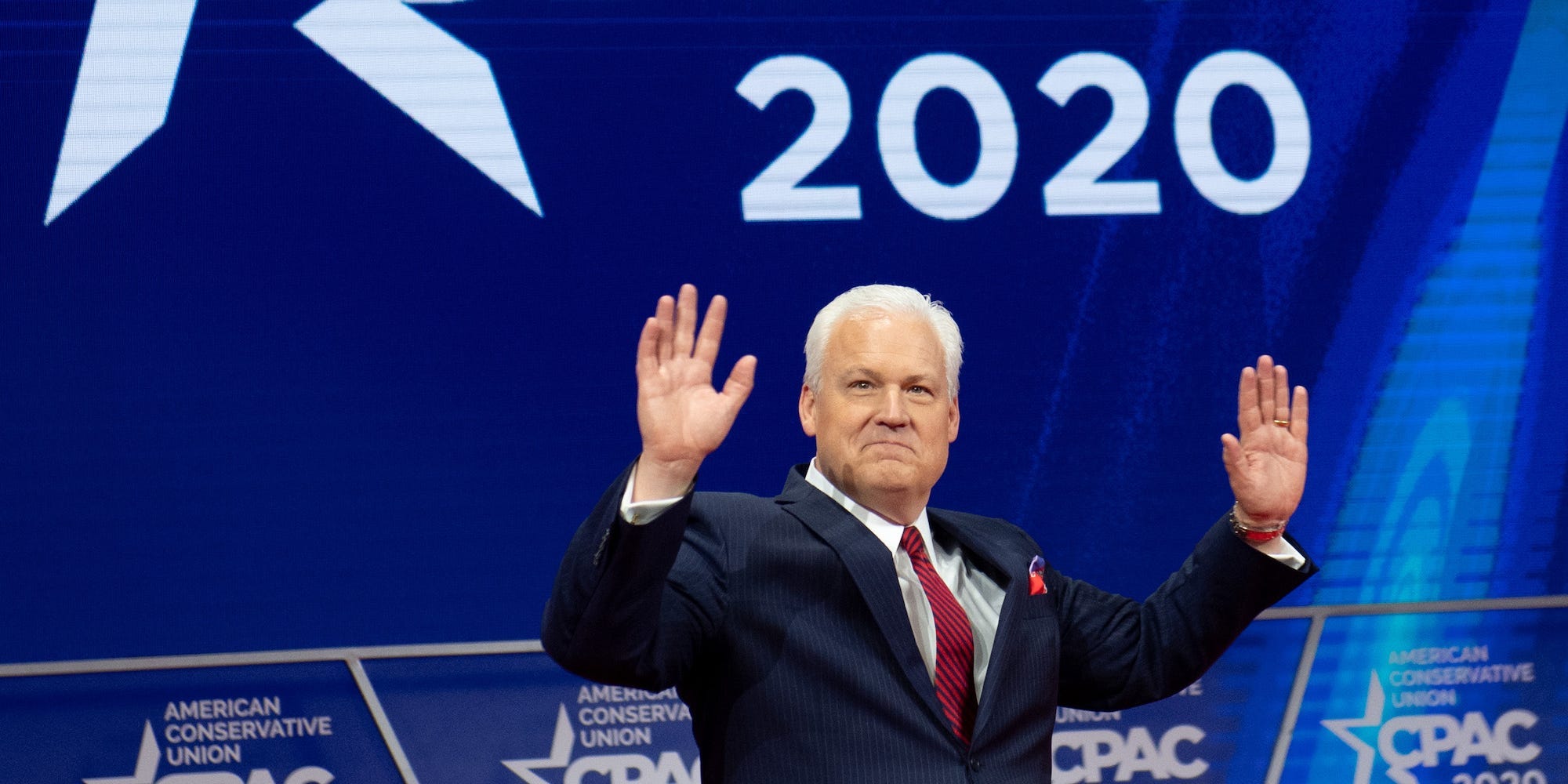 Matt Schlapp, chairman of the American Conservative Union, at the Conservative Political Action Conference in Maryland on February 29, 2020. (Photo by

A mid-level staffer for Herschel Walker’s ill-fated Senate campaign is accusing Matt Schlapp, the chairman of the American Conservative Union and organizer of the Conservative Political Action Conference, of “groping” him.

According to texts, audio, video, and screenshots shared with both The Daily Beast and NBC News, Schlapp made unwanted advances upon the staffer after an October 19 event in Georgia.

Additionally, a high-level official with Walker’s campaign confirmed the account to both outlets, saying that top campaign aides met in order to prevent the staffer from having to pick up Schlapp after they became aware of what happened.

“I was made aware of the incident the morning after,” the unnamed Walker official told NBC. He added: “The whole thing makes me physically ill.”

Insider has reached out to Schlapp’s lawyer, Charlie Spies, for comment. Spies has denied the allegations on behalf of Schlapp telling The Daily Beast that the “attack is false and Mr. Schlapp denies any improper behavior. We are evaluating legal options for response.”

According to accounts that the staffer gave to both NBC and The Daily Beast, Schlapp — who’s married to former White House aide Mercedes Schlapp — began “intruding into my personal space” after the two went to two bars following the event. The staffer, in his late 30s, was serving as Schlapp’s driver and was aware of a “power dynamic” between the two of them.

“From Manuel’s Tavern to the Hilton Garden Inn there at the Atlanta airport, he literally had his hands on me,” the staffer said in a video recorded two hours after the alleged incident, the audio of which was shared with NBC News. “Matt Schlapp of the CPAC grabbed my junk and pummeled it at length.”

“He reached in between my legs and fondled me,” the staffer also told NBC News, telling The Daily Beast that the incident was “scarring” and “humiliating.”

Schlapp later invited the staffer to his room, but he declined, according to the reports. The next morning, Schlapp texted the staffer, who was set to also drive him that following day.

“I did want to say I was uncomfortable with what happened last night,” the staffer texted Schlapp.

“Pls give me a call,” Schlapp replied, later trying to call the staffer 3 different times in the span of 20 minutes.

“If you could see it in your heart to call me at the end of day. I would appreciate it,” Schlapp later texted the staffer, according to The Daily Beast. “If not I wish you luck on the campaign and hope you keep up the good work.”

“If he had made a polite pass at me and left it that,” the staffer told NBC News. “Only me, Matt and God would know about that.”

On Friday, Insider asked Republican Rep. Jim Jordan of Ohio, the incoming chairman of the House Judiciary Committee and someone who’s attended a number of CPAC events, for his reaction to the allegations.

“I haven’t read the story,” he replied multiple times.