From e-commerce giant JD.com to cosmetics brand Sephora, companies in China are rushing to minimise the impact of surging COVID infections – doling out test kits, encouraging more work from home and, in some cases, procuring truckloads of medicine.

After unprecedented protests against oft-draconian COVID curbs, the world’s second-largest economy abruptly dropped its zero-tolerance COVID stance last week. The ensuing fierce spread of the virus has even forced certain businesses to shut their doors for the time being.

Anecdotally, in cities like Beijing and Wuhan, many workers and their families have succumbed to COVID, although official case numbers have fallen to under a fifth of a Nov. 27 peak as China now conducts much less testing.

“More than half of our staff in the mall and the hotel are positive,” said a senior executive at a firm that manages one of Beijing’s largest retail complexes.

The executive, who declined to be identified, said the mall was still open with remaining staff splitting into two teams and only one team working a particular shift.

The split-shift system is also being deployed by other companies, Chinese regulators and state-owned banks.

JD.com (9618.HK), which is headquartered in Beijing and employs more than 540,000 people, has sent antigen test kits to its staff and is asking those who are sick to stay home, sources at the company told Reuters.

At Sephora China, which has 321 stores across 89 cities on the mainland, each store is handling their staffing issues in accordance with their situation, said a spokesperson for the LVMH (LVMH.PA) brand, adding that all staff testing positive will be given paid leave and can work from home if possible.

At another Beijing shopping centre, a gym belonging to the U.S. Powerhouse chain said on Tuesday it would be closed until Dec. 25 to disinfect the premises and to protect the safety of staff and members.

“The spread of the virus is severe and there is a big risk of infection,” said the gym. It had just reopened five days ago after having had to shut for more than two weeks due to district-wide COVID curbs.

“It’s deeply frustrating. Businesses are having to close due to staff being sick, even though they can legally be open,” said Noah Fraser, Beijing-based managing director at the Canada-China Business Council.

“Blame is starting to flow from companies’ (foreign) headquarters to the team on the ground in China, with HQ asking ‘why can’t the China operations navigate these restrictions?’ All other markets have had to adjust and did so successfully,” he said.

Some factories and eateries are retaining COVID-19 curbs, including so-called closed-loop systems that isolate staff from the wider world, until they get a clearer picture of just how workplaces will be affected.

At Volkswagen (VOWG_p.DE), which has seen its plants in China heavily disrupted by lockdowns this year, production is currently stable but the automaker has reduced office attendance and is asking staff to stay 1.5 metres apart whenever possible, a spokesperson said.

Chinese electric vehicle maker Nio (9866.HK) also said its production was normal, although it is bracing for infections.

“We have sent trucks of medicines and equipment to the factory to be well prepared,” Nio’s president Qin Lihong told a media roundtable on Monday.

National health officials have so far made few comments on workplace conditions, only urging that high-risk areas should be much more narrowly defined, while production or business operations continue elsewhere.

Julian Evans-Pritchard, a senior China economist for Capital Economics, said he believed it will take quite a while for Chinese households to learn to live with the virus and it could take 3-6 months for consumer activity to return to “something resembling normality.”

“So even if the shift away from zero-COVID will benefit most businesses over the medium-term, it doesn’t provide immediate relief and the next few months will still be very challenging.” 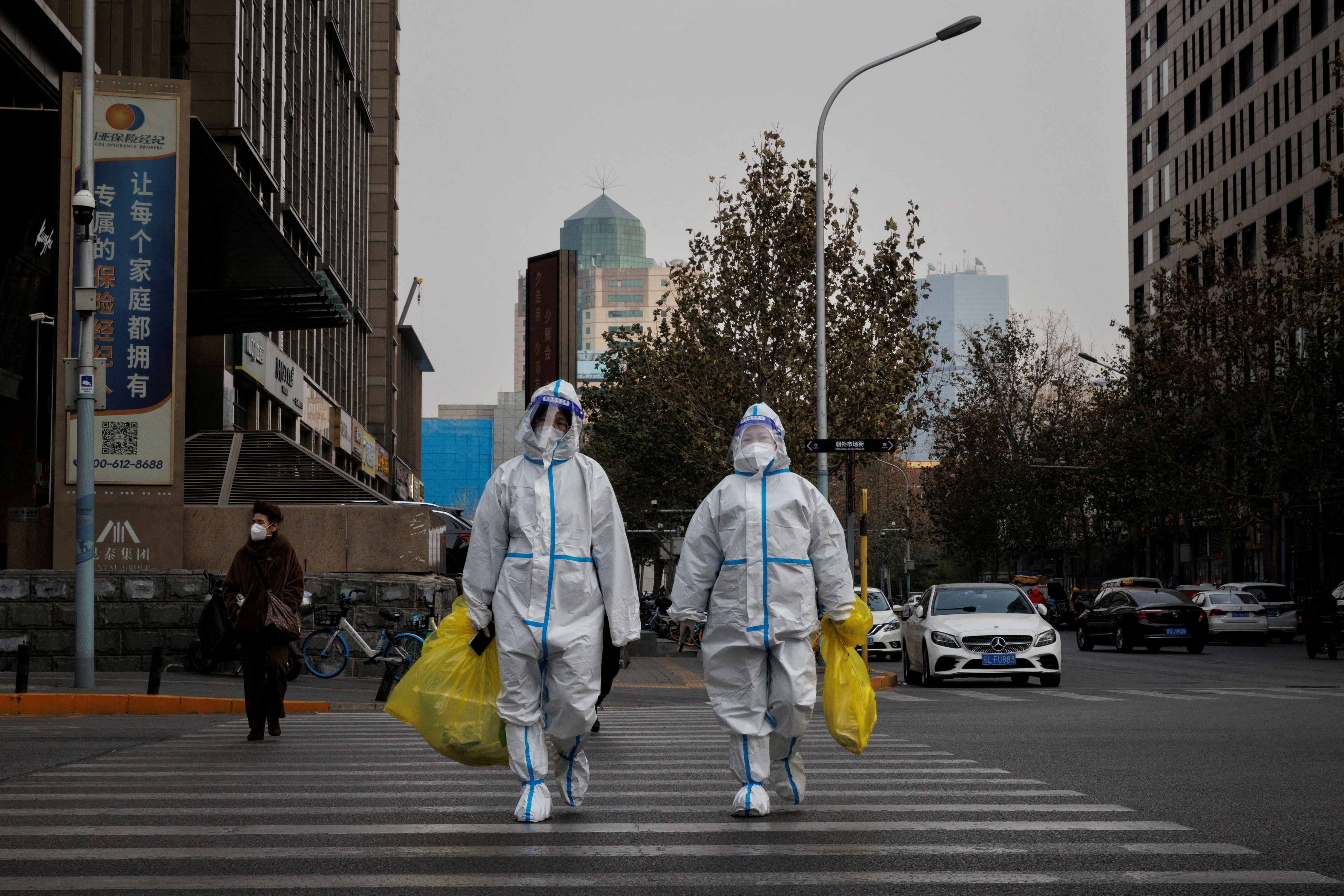 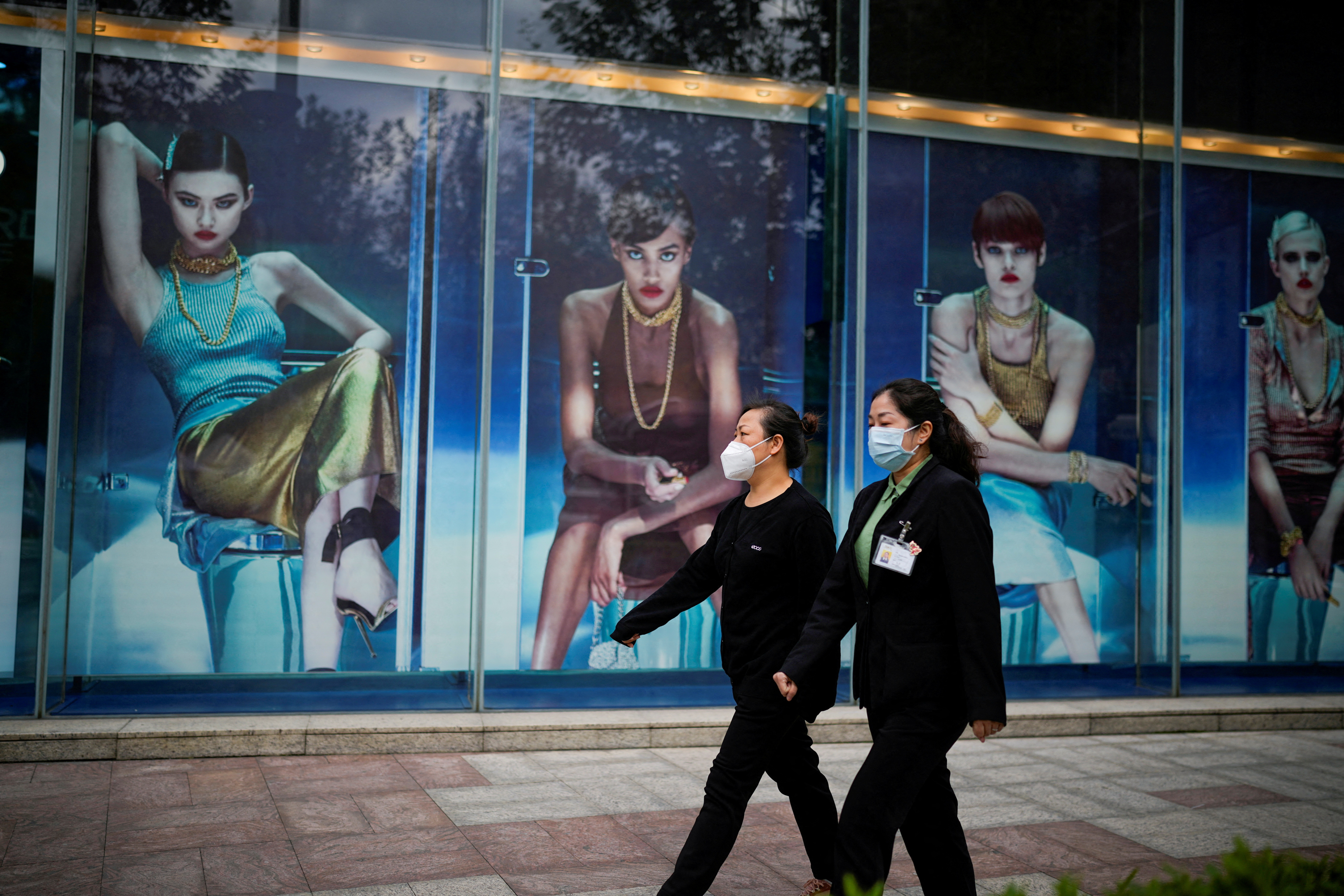 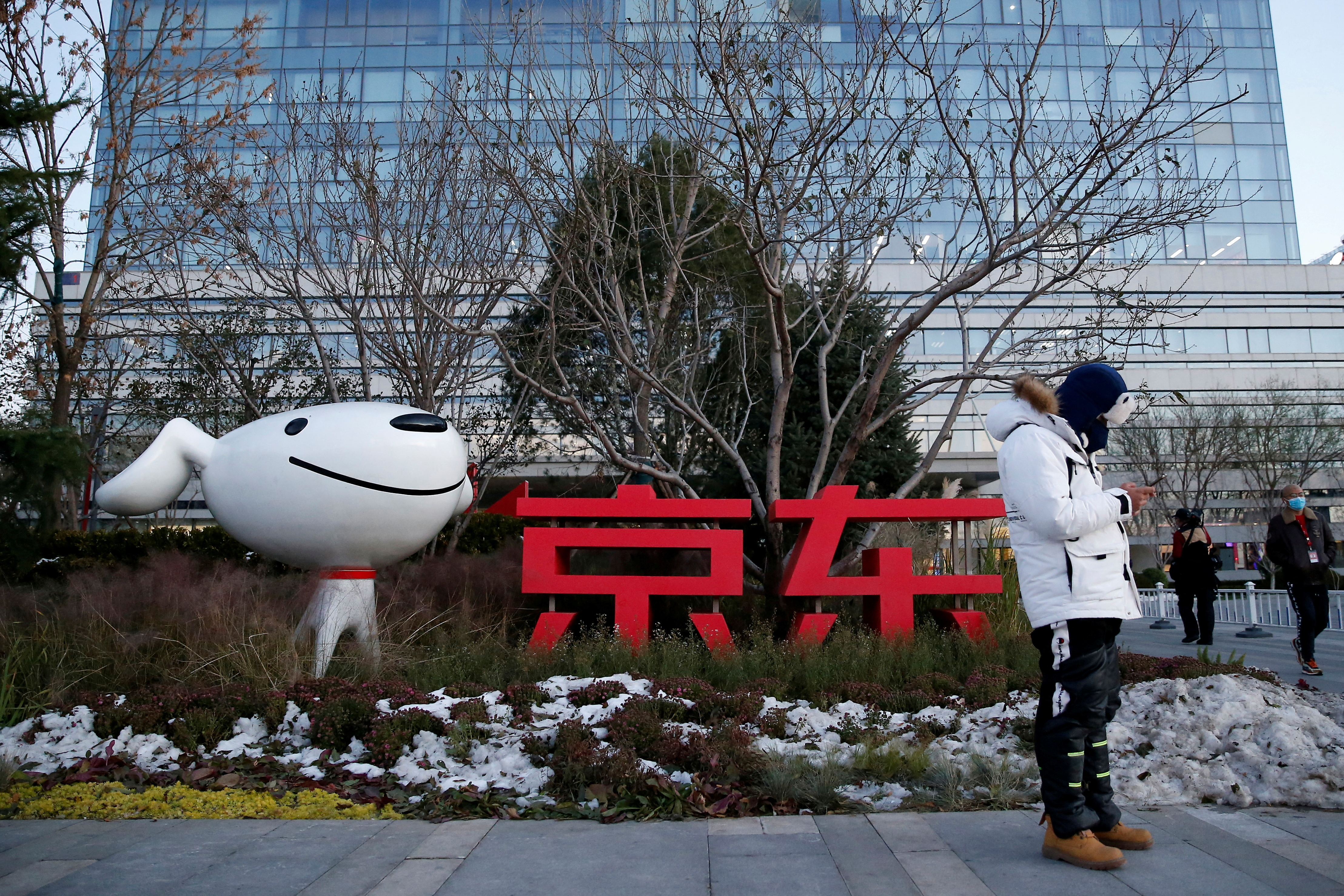 A man stands outside JD.com’s headquarters, amid the Singles’ Day shopping festival, during an organised tour in Beijing, China, November 9, 2021. REUTERS/Tingshu Wang/File Photo