The Honduran government on Saturday extended a state of emergency declaration for 45 days, expanding it to additional areas of the country in an effort to fight criminal gangs amid high levels of violence.

The state of emergency, in place since Dec. 6 in 165 areas of Honduras’ largest two cities, Tegucigalpa and San Pedro Sula, has been expanded to 235 of the country’s 298 municipalities, the national police said.

Police chief Gustavo Sanchez said the decision, based on what he told journalists were good results during December, will allow continued reductions in crime and violence.

The measure, part of leftist President Xiomara Castro’s crackdown on gangs such as Mara Salvatrucha and Barrio 18, suspends some constitutional rights and allows security forces to detain people who they consider associated with or have committed crimes.

The effort comes amid complaints by business owners, the transportation sector and ordinary Hondurans that extortion by criminals has risen in recent months.

During the first month of the measures, 39 criminal gangs were destroyed and 652 people were arrested, while 43 kilos of cocaine and thousands of grams and rocks of crack were seized, the police said.

Human rights defenders have said they will monitor the measures.

Extortions generate annual profits of up to $737 million for gangs, nearly 3% of the country’s gross domestic product, according to data from Association for a More Just Society, a security-focused non-governmental organization. 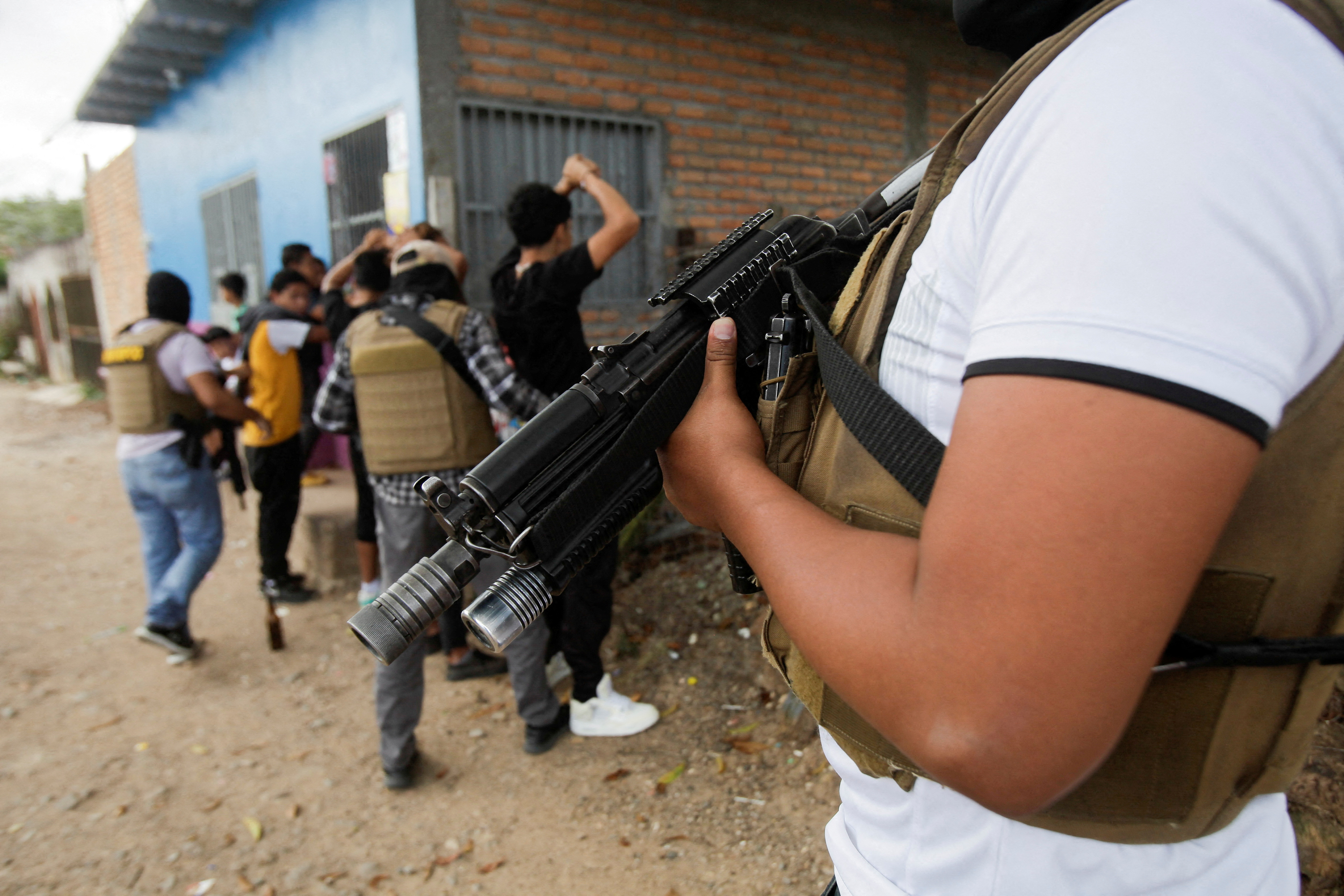 A member of Honduras’ DIPAMPCO (Police Anti Maras and Gangs Against Organised Crime Directorate) stands guard as other DIPAMPCO members frisk people while doing rounds in a low-income neighbourhood, after President Xiomara Castro declared a national security emergency implementing a new plan to combat a rising number of cases of extortion by violent criminal groups operating across the country, in Tegucigalpa, Honduras November 26, 2022. REUTERS/Fredy Rodriguez/File Photo 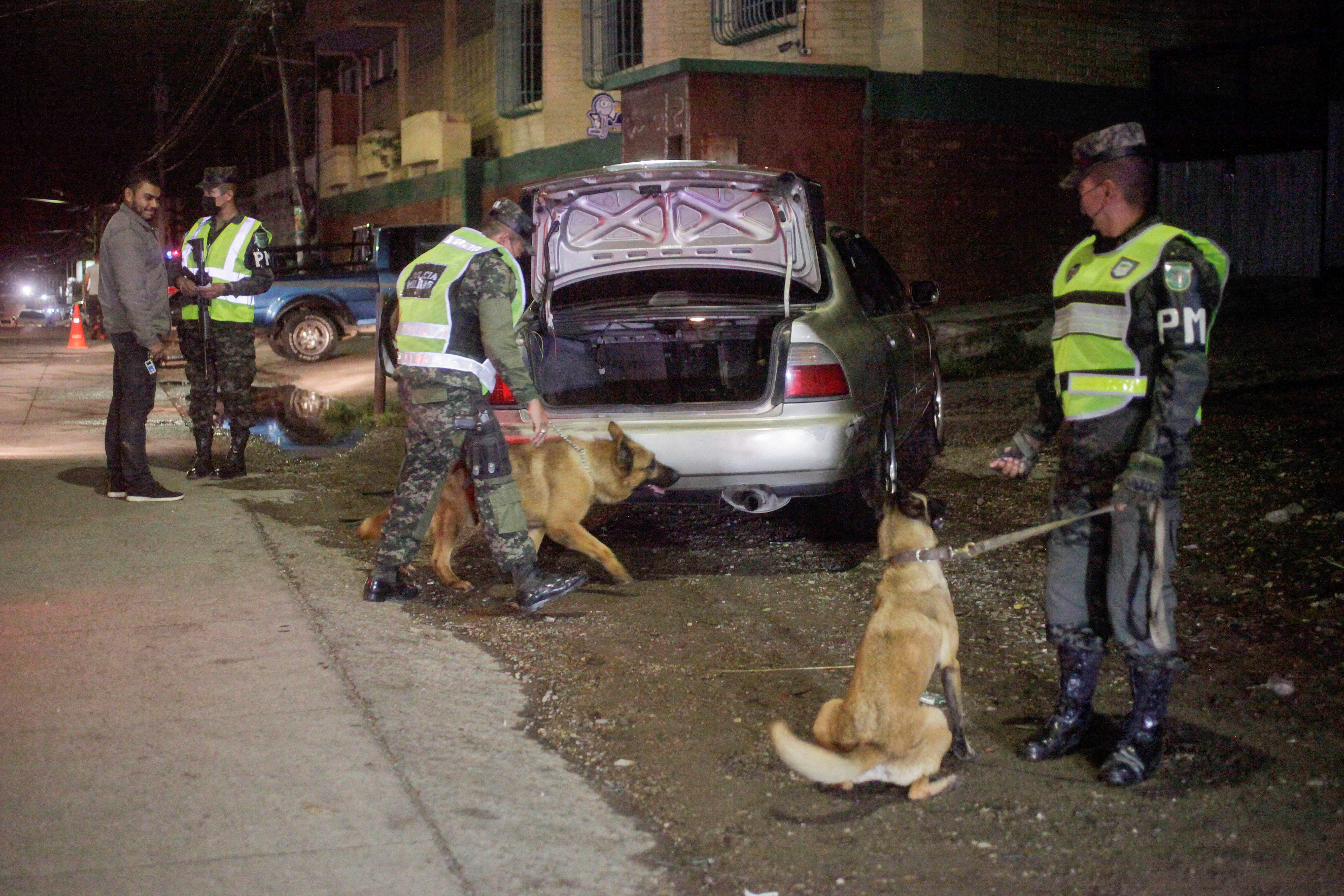 A Honduran Military Police officer uses a sniffer dog during a vehicle inspection at a checkpoint, as part of an operation to curb crime, in Tegucigalpa, Honduras July 18, 2022. REUTERS/Fredy Rodriguez/File Photo